Dear lord… . . I remember doing Safety Equipment Certificate inspections on some vessels. One, in particular. . the Captain and Mate told me that they do weekly boat drills. I wanted the outboard boat lowered to the boat deck. . . After about 20 minutes of hammering on the sheaves. . . Maybe US flag vessels should also be subject to the Coast Guard Port State Inspections like the foreign vessels are. . . . I remember when those started. . .kept he hopping. . . 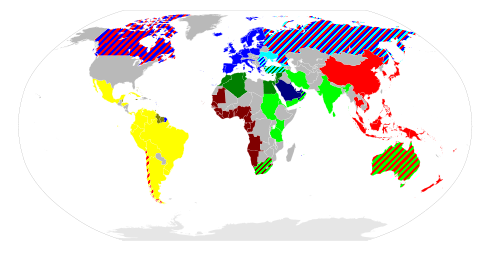 The MOU require a Port State inspection every six months but some ports carry out an inspection regardless of how recent the previous inspection was notably USA, Canada and Australia.
I was just enjoying an afternoon nap after 18-20 hours of pre arrival, officials and port state inspection plus class surveys when I was visited by two gentlemen wearing funny hats. They were California Fish and Game inspectors who required an immediate exercise of our California non tank response plan.
Believe me for those engaged in international shipping North America was not on our favourite ports to visit.

Ohhh… those guys are not my favorite people!

The MOU require a Port State inspection every six months but some ports carry out an inspection regardless of how recent the previous inspection was notably USA, Canada and Australia.

That’s not quite correct. Each MOU region has it’s own criteria, in some cases these can be found on the website.For example Paris MOU is 24 months but can be shorted depending upon specific criteria .

Here is from Paris MOU site:

The targeting of ships is based on a “Ship Risk Profile” (SRP). The SRP Calculator can be used to evaluate if a ship will be considered as High Risk Ship (HRS), Standard Risk Ship (SRS) or Low Risk Ships (LRS). An element which helps to categorise a ship is the inclusion of the performance of the ISM Company. Companies are, as the flag and recognised organisation, ranked. This ranking is done in four distinct grades: “above average”, “average”, “low” and “very low”. The Company Performance (CP) Calculator takes historical events such as detentions, deficiencies and good inspections of the complete fleet of that company into account. THETIS automatically re-calculates the SRP on a daily basis, taking the latest inspection information into account.

What is the USCG criteria for PSC inspections, other than being a foreign flag vessel calling at a US port?

Or the other way around; does USCG share PSC findings with ANYBODY else?

If you are Master on a ship that receive some negative findings by USCG PSC, would you show that to a PSC Inspector in any other country??

If the U.S. formed it’s own MOU area which included all the U.S. port states and the Coast Guard continued to share data between U.S. ports, how would that be different than the other MOUs areas?

The difference is that The United States of America is one entity in the eyes of the world.
You did not address the other questions I asked, though.

You did not address the other questions I asked, though.

All U.S. flag vessel are subject to annual inspections, the so-called “COI” done by the Coast Guard. U.S. flag ships that sail foreign are inspected annually by the ABS and Coast Guard and are also subject to Port State Control Inspections.

As far as the quality of the inspections, the incentives are different in each case. If a foreign flag ship is detained the yelling is going to be much fainter than the case of a U.S. flag ship in a U.S. port, in that case the yelling will be much closer to home.

If you are talking about the MISSISSIPPI ENTERPRISE, she is classed by DNV. What does ABS have to do with her?

Is it because the USCG is afraid they will be exposed as incompetent, or too compliant with the wishes of the US Maritime industry to actually ensure safety of US ships.

Maybe it is easier to" beat up" on foreign ships than to do the same on ships belonging to your “masters” and future employers?

Every U.S. arrival gets graded against two matrices. One is safety and you get points for being a certain flag, class, company and ship. You also get bad boy points for accident history and deficiencies. Based on how you do on the grading you get a PSC boarding 1) before entering port, 2) in port, 3) at the COTP discretion or 4) not at all. Unless it’s changed in the last few years, your history on Paris or Tokyo PSC exams and accident history overseas will not show up.

The second matrix is security which is based on cargo, flag, and last few ports of call. That may get you an escort or a boarding.

That makes good sense. I don’t see why they should not consider the other mOU exam history as well.

. I don’t see why they should not consider the other mOU exam history as well.

Most ports will want to see a copy of the report of the ship’s last Port State Control inspection. I usually have a copy scanned and I sent that before arrival. Presumably the CG would be interested as well.

The CG just doesn’t have access to the computer network record of the other MOUs areas. But that’s true of all MOU areas. No direct access to the networks of others.

The record of past PSC inspections is also one of the first things a PSC inspector wants to see.

I just give them the whole file, they usually just look at the last couple or so.

The MISSISSIPPI ENTERPRISE that was mentioned haven’t had any PSC since 2012.
Here is the PSC history as shown on Equasis:

The Performance record:
The ship is classed by (at least) one of the IACS member societies
Flag performance

With all due respect while I do not know the material condition of the Mississippi Enterprise the company that runs it was bought in 2012. I would hope the culture that existed when those pictures were taken has changed. It has definitely gone through one special survey cycle as well as annual inspection by Class and USCG. I would hope those conditions which directly affect safety have been properly addressed.

The company that runs it has been sold a few times. Before it was United Ocean Services it was TECO Ocean Shipping. Before that it was Gulf Coast Transit. The address listed for the company is the same address from the TECO days (UOS came into being in 2009ish). While I like to give the benefit of the doubt, the culture didn’t change when it transitioned from Gulf Coast Transit, nor did it change when it transitioned from TECO. Also, their current parent company, International Shipholding Corp was recently sold to SEACOR after bankruptcy. I’m going to go out on a limb and say that I’d be very surprised if the lifesaving equipment onboard has been replaced since my time on.

The Coast Guard used different inspectors for the Port State Inspections than their COIs. Or at least they used to. When PSIs were first carried out, it caused quite a bit of confusion as they new inspectors were not completely familiar with SOLAS regulations. Also, in these days of global communication, the yelling from Limassol can be just as loud as it can be from Houston. . . even 30 years ago. . . . Shoo, boy. . . . Oh, and not all vessels that sail foreign are subject to ABS surveys, US flag or not.