Maersk Honan has been cut in two in preparation for the undamaged aft part to be loaded on a HLV and transported to Hyundai Yard, Ulsan:

The 15,262 teu Maersk Honam is expected to be back in service in the second half of this year following one of the most ambitious ship repair procedures seen in commercial shipping this century. The giant ship suffered a massive fire in March last...

Well at least she will fit!

They will probably load the MH offset from CL of the HLV, but there will be some overhang.
Here is specs for XGH:

The Maritime CEO Forum will make its European debut later this year. The by-invite-only shipowner gathering has hired the luxury Yacht Club in Monaco for what promises to be one of the most exclusive shipping get-togethers of the year. Organised by...

Singapore’s China Navigation Company (CNCo), part of the Swire Group, has reached an agreement with Hamburg Süd to acquire the German owner’s bulk shipping business, including Rudolf A. Oetker, Furness Withy Chartering and the bulk activities within...

What will 2019 bring for world shipping?:
https://www.hellenicshippingnews.com/the-world-economy-and-shipping-what-will-2019-bring/

As a consequence of Brexit there will now be Maerkxit:

Maersk makes its own Brexit -

With the UK’s exit from the EU due in less than two months, Maersk, Europe’s largest shipping line, is making its own Brexit. The giant Danish shipping line has made plans to take its remaining ships off the UK Ship Register as well as stop taking in...

It is the eve of the Lunar New Year today and as always there are predictions for the Year of the Pig by Fung Shui Masters in all respected media in Asia and beyond.
So also in Splash 24/7, but concentrated on the outlook for the shipping market:

The Lunar New Year starts tomorrow so what does the Year of the Pig hold for shipping ? Splash consults occasional contibutor Bei Hong to sift through the opinions of Hong Kong’s Feng Shui masters. In the West, the end of the year is marked by...

Kong Hee Fat Choy (or Gong Xi Fa Chai) to all members and readers of gcaptain forum.
May the Year of the Pig be a happy and prosperous one for all:

UPDATE:
More predictions for the year(s) ahead. This for the tanker market and consequently for the crude oil production up to 2023:

McQuilling gives its take on the tanker markets through to 2023 -

Tanker analysts at McQuilling have published a market outlook through to 2023 warning that global oil demand growth is set to plunge. The 200-page report provides a five-year spot and time charter equivalent (TCE) outlook for eight vessel classes...

UPDATE:
Boskalis (former Dockwise) has secured a contract to carry modules for a US LNG plant from China.
This will occupy two open stern HLV for several months in 2021-22:
https://boskalis.com/press/press-releases-and-company-news/detail/boskalis-secures-important-lng-module-transport-contract.html

UPDATE:
Indonesia has tried to enforce laws to restrict coal export to Indonesian ships before without succeeding. Now they want to try again:

Bulkers are facing “significant” delays in moving coal shipments out of a number of ports in Indonesia, according to Alphabulk, on the back of newly enforced insurance laws in the archipelago. The latest weekly report from Alphabulk, part of France’s...

UPDATE:
Landlocked Nepal wants to become a shipping nation with it’s own fleet sailing the oceans:

Nepal pushes ahead with creation of a national shipping line -

Landlocked Nepal is pushing ahead with plans to create a national shipping line. Prime minister Khadga Prasad Sharma Oli this week opened the Nepal Ship Office in Ekantakuna just to the south of the capital, Katmandu, near the banks of the 600...


No it is not aiming to be a new FOC in the mould of Bolivia or Mongolia.

UPDATE:
The VLCC market has been turned on it’s head:
https://www.bloomberg.com/news/articles/2019-02-21/twelve-empty-supertankers-reveal-truths-about-today-s-oil-market

UPDATE:
CEO of Liberian Register is stepping down:

The Liberian International Ship and Corporate Registry (LISCR) has confirmed the departure of Scott Bergeron from the role of CEO. Bergeron joined Liberian Registry in 2000, originally as chief operating officer, and was promoted to the CEO role in...

UPDATE:
The Chairman of world’s largest shipping company COSCO, Capt. Xi Lirong has been given an award by BIMCO for his outstanding service to the shipping industry:
https://www.hellenicshippingnews.com/cosco-chair-receives-bimco-presidents-award/

COSCO has a diverse fleet of 1248 vessels of all types:
http://en.coscocs.com/col/col6918/index.html

UPDATE:
Empty containers represent >25% of the numbers loaded on ships in US ports:

EMPTY container moves at US ports jumped to a record high in 2018, as the imbalance of US container imports over exports deteriorated despite the introduction of protectionist trade policies by the Trump administration


The number is slightly less from European ports, but still substantial at abt. 20%.

Here is a suggestion of how to cope with the problem (??):

Relocating empty containers to where they need to be for the next load is a $20 billion inefficiency for supply chains.

UPDATE:
Yet another Ship Management Company has started operation in Singapore: 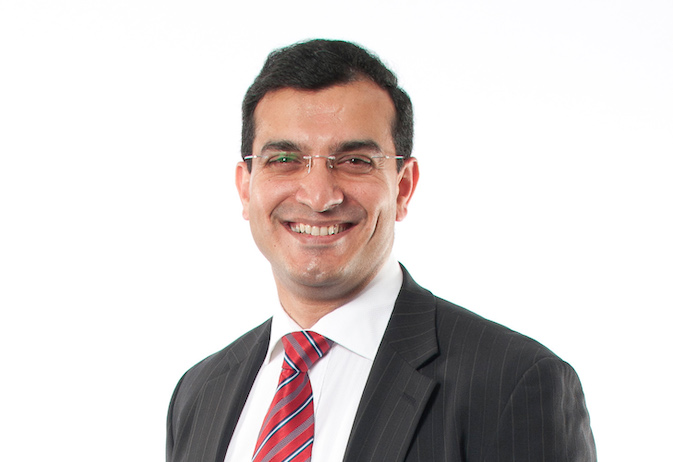 The founder of 18-month old Viridian Maritime are on a voyage to disrupt the shipmanagement sector. Established in Singapore in September 2017, Viridian Maritime has set up shop to be a niche, boutique manager in a sector that has undergone...


They are presently mostly involved with Offshore vessels of various kinds.

PS> Maybe worth a try for those out of work and with few prospects of finding any in GoM.

Cosco Shipping Energy Transportation (CSET), the energy shipping unit of China Cosco Shipping Corporation, has announced the launch of a VLCC pool yesterday, the first of its kind in China. Cosco has set up a dedicated VLCC department to better...

Time for the shipping world to change their mindset?

“Shipping needs to move away to from a traditional business model of rendering a service at low cost, towards strategies that are more focused on value-add and value creation,” she argues. “This requires businesses to get comfortable with the idea that technology may not yield immediate returns, but creates intangible product differentiation by enhancing the customer experience.”

From this article on Splash 24/7 today:

Shipping now has its own version of the Dragon’s Den, the hit BBC show where tycoons invest in entrepreniual inventors. The Captain’s Table has officially launched in Hong Kong this week, aiming to track down maritime’s next big invention. Created by...

Good question. What is your answer??:

In a damning rebuke to today’s crop of shipping analysts, a vast majority of Splash voters reckon the chances of us finding proof of alien life forms in the next five years is more likely than an analyst getting a five-year forecast correct. The...

Since I imagine that neither one has ever happened, it’s difficult to develop statistics.

The UFO part is the Fermi paradox and the five-year forecast is a Fermi problem.

Saudi Aramco is looking east and changing their aim to MR tankers over VLCCs:

As Saudi Aramco’s clientele increasingly faces east, its fleet needs are expected to change dramatically from dirty to clean tankers, according to the latest report from Alphatanker, part of AXS Marine. The lion’s share of Saudi crude is now exported...

Expedition Cruising market booming: some 40 ships in the pipeline to replace...

The expedition segment continues to be one of the most discussed elements of the cruise industry.  Once a small niche, it is now poised for dramatic growth, prompting some to question how the market will develop.


It open up a large market for mariners with polar experience, or who have other special skills and local knowledge.
ombugge April 28, 2019, 9:52am #37

MPC, which is a German owned shipping company started in 2017, registered and with HQ in Oslo. They are getting closer to their goal of owning and operating 100 Container Feed Vessels in the 1000 - 3000 TEU range: www.mpc-container.com

The newly obtained revolving loan of USD 40 Mill. will help them get there by 2020:

OSLO, Norway, April 25, 2019 /PRNewswire/ -- MPC Container Ships ASA (the "Company", together with its subsidiaries the "Group") is pleased to announce that it ...

Drewry has urged containership owners planning to scrap older vessels this year to “get a move on”. The number of vessels scrapped last year fell to an eight-year low, adding to the overcapacity issues blighting the liner industry and the maritime...