Shipping crude through the Great Lakes?

Considering the amount of crude that is being produced in North Dakota and throughout the U.S., which is then shipped to Canadian or U.S. East Coast refineries, can anyone come up with a reasonable answer to why we wouldn’t build a refinery in Detroit, and essentially revive a dying city?

What are the major issues facing shipping crude through the Great Lakes?

Interested in any feedback you all may have on this idea…

Superior, WI already has an oil refinery, at the W end of Lake Superior. I believe everything comes in by pipeline.

One obstacle would be that the shipping season shuts down in the winter when the Soo locks are close from sometime in January until late March. On the other hand, that is not a problem for iron ore and coal. They just move as much as they can during shipping season.

Another issue would be spills. Lake Superior is very clean - you can drink the water, and the regional citizenry would be very protective of all the lakes.

Given all the problems that Canada has had getting the Keystone pipeline approved, I have been wondering why they don’t just build a crude pipeline to Thunder Bay and a fleet of Great Lakes tankers ot ATBs to carry that crude to the refinery in Montreal, and also to the north end of the Portland Pipeline in Montreal. If Canada moved forward with that plan, I bet Obama and his Chicago buddies would get the Keystone pipline approved within a week.

Not sure if this is pertinent to the original post, but there is a plan in effect to allow reversal of a pipeline from Sarnia to Montreal to allow Western Canadian crude oil to be shipped from Montreal to Quebec City for refining at Valero’s facility in Quebec City/ Levis. 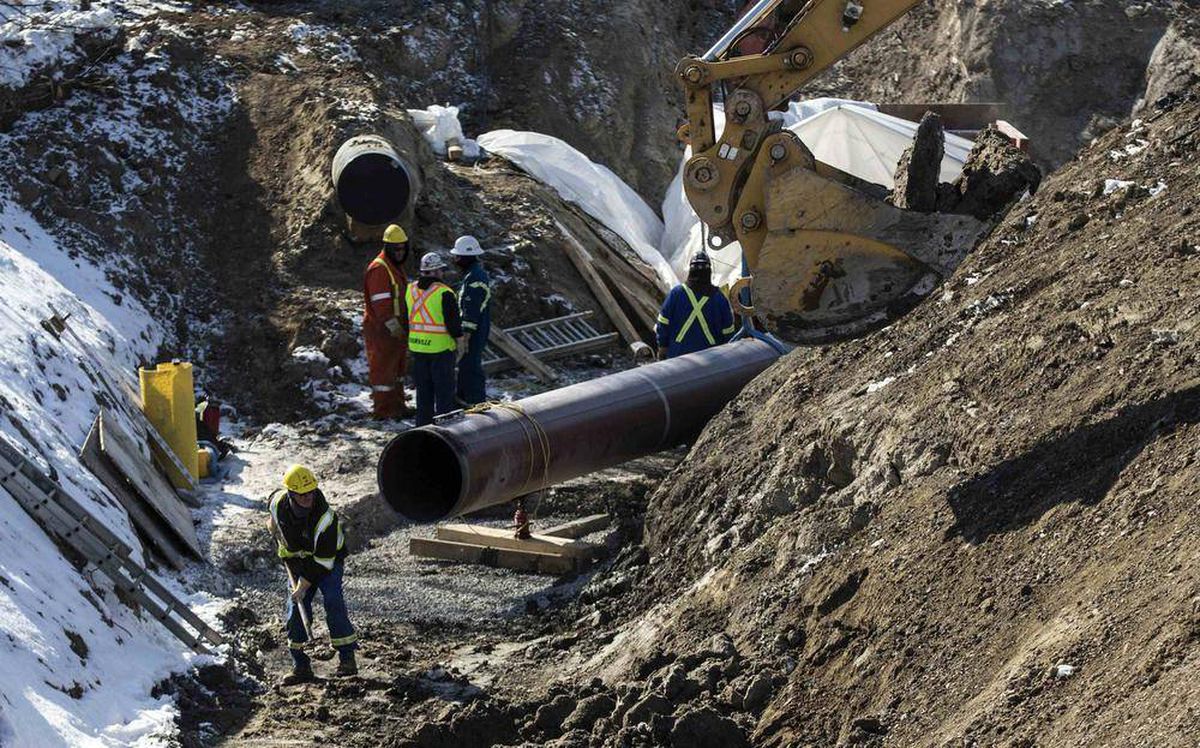 National Energy Board says $110-million project can go ahead provided company meets 30 conditions it laid out related to safety, public consultation and other issues

A strong ally for such a project would be the ag industry. They are squealing like a stuck pig because they can’t move product, and it is costing them millions of dollars. All that grain has been slow moving because the trains are all tied up hauling oil.

[QUOTE=water;158507]A strong ally for such a project would be the ag industry. They are squealing like a stuck pig because they can’t move product, and it is costing them millions of dollars. All that grain has been slow moving because the trains are all tied up hauling oil.[/QUOTE]

The ag industry already gets enough of my tax dollars with subsidies, the food stamp (SNAP) program, ethanol, etc. Meanwhile, small family farms struggle and farmers all over the world suffer under the weight of US exported, dumped crops.

I don’t have a lot of sympathy for big ag.

On the question of moving Bakken crude, I also considered moving via the Lakes…however, crazier winters seem to be icing up the Lakes for longer periods plus yes, the environmental concerns are a real, legit deal. Bakken crude is very volatile…not sure it’s such a great idea taking it across the Lakes. But then again, the bomb trains sure aren’t any fun either.

No easy solution there.