Apologies if this is in the wrong place on the forum.

I am currently doing some research for a project which looks at how vessel ownership practices have impacted upon the development of the ship management industry with a focus on bulk shipping and was just wondering if anyone had time to answer the questions in the attached survey or offer opinions/comments via the forum.

Influence of Ownership Practices on the development of the Ship Management...

Please take the time to complete our survey. Your feedback is important.

Thank you for everyone’s time and I appreciate any feedback/comments.

So your questions are about how new ownership structures (publicly traded companies, etc.) are effecting the management structure and culture?

I think it depends on the culture. All cultures have innovated their ways of owning and financing vessels, but their management structures and cultures differ based on the culture of the managers. For example, you can have two publicly floated ship owning companies, one managed by Germans and the other by Greeks. The Greeks are going to operate night/day difference compared to the German.

I actually think that the national difference in management style and philosophy is becoming more equal due to the globalization of the business.

If you enter the offices of Shipmanagement companies in Singapore or Hong Kong, where many of them are located, you will find a multinational staff, regardless of whether the nominal origin of the company is say German, Norwegian or Japanese etc. This goes even for companies that is originally Chinese.
(I don’t know of any US origin Shipmanagement companies operating in either place)

In fact you will probably find a majority of Indians in the upper and middle management level, with maybe Brits next in line.

Yeah and you will find different nationalities in different offices. But you can still pinpoint significant cultural differences between the management strategies.

For example, Greek bulk management is still very different to Norwegian, Nordic or Dutch. For starters, Greeks are very strict about timing the cycle and have recently timed market perfectly. The same cannot be said for the Germans, and I think a lot of this comes down to culture. Greeks are always pessimistic and have been taught through hundreds of years in the business to never over extend during upturns.

There are other differences as well, for example Greeks are masters at cutting costs, and are a very cunning people. Greeks will manage 500,000 tons of dry bulk vessels with less than 10 people, whilst other offices need 20-30. They will buy second hand and operate them in a cost efficient manner. They will not spend a fortune on market reports, clarksons subscriptions, management systems and it software that they do not NEED. A non Greek shipowner once told me that one of the secrets to the success of the Greeks was that ‘Greeks take the same pleasure in saving a dollar than in making one’. I contrast this to my experience with an AMerican shipowner, who instead of cutting costs tried to beat the market by pouring money into his vessels, but his isnt a smart idea in a perfect competition economic environment.

This isnt always good for the seafarer, because these strategies will lead to seafarers not being paid in a crisis, but from the owners perspective it has proved to be the most efficient way in the bulk economy.

It is not that you need to have Greek blood in you or something ridiculous to find success, but adapting the traits the success traits might come more naturally for some cultures than other.

There is a difference between Shipowners and Ship managers. Lots of Greek Owners also manage their ships, while a lot of even major Owners are not.

Many of the major Scandinavian Shipowners are a bit of both, with their Operating division separated from the Commercial activity. Odfjell is bucking the trend. They recently moved their Operation back from Singapore to Bergen, while Wilhelmsen moved theirs to Singapore.

Thanks for your comments which are very useful and something to think about, and also thank you to everyone who provided answers to the questionnaire.

What are your thoughts and findings on different cultures management styles? I would love to hear an academic perspective.

From what I have found so far through other papers etc is that nationality is a main determinant of how ship management is completed. A common finding is that Greek ship owners are very unlikely to outsource - and if they were it would be mainly crewing or technical whilst maintaining control over the commercial side of things.

However, for my own findings/perspective, I am still in the middle of collecting data and opinions etc so will have to come back another time!

The ranking of Ship Management companies according to Splash’s survey of their LinkedIn standing: 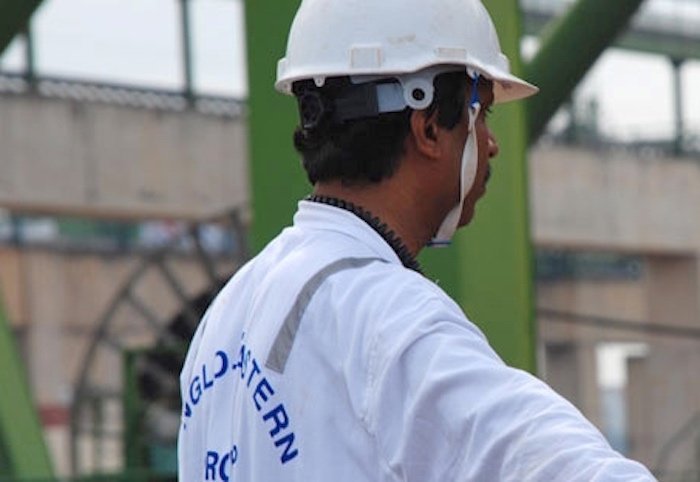 American asset manager Oaktree Capital Management is getting into Ship Management in a big style: https://splash247.com/oaktree-swoops-for-osm/

Is that a sign that shipping is getting interesting to speculators again??

Investing in shipping is nothing new to Oaktree. They were heavily invested in General Maritime (Gener8 Maritime) as well as others, i.e., Star Bulk.

Yes, as it says in the article, Oaktree is known as an investor in ship owning.
The difference is that this time they are getting involved in Ship Management.
OSM do not own ships, they manage on behalf of others, such as Oaktree, who are only asset managers on behalf of speculators.