No, I don’t mean people who are hooked on sushi or can’t get enough catfish suppers …

Before you put that package of “wild caught” seafood in your shopping cart, take a look at the source. A lot of what is sold in American supermarkets, even the upscale “natural foods” stores comes from Thailand. Here is an eye opening article about how a lot of that got behind the counter at your favorite fish market. 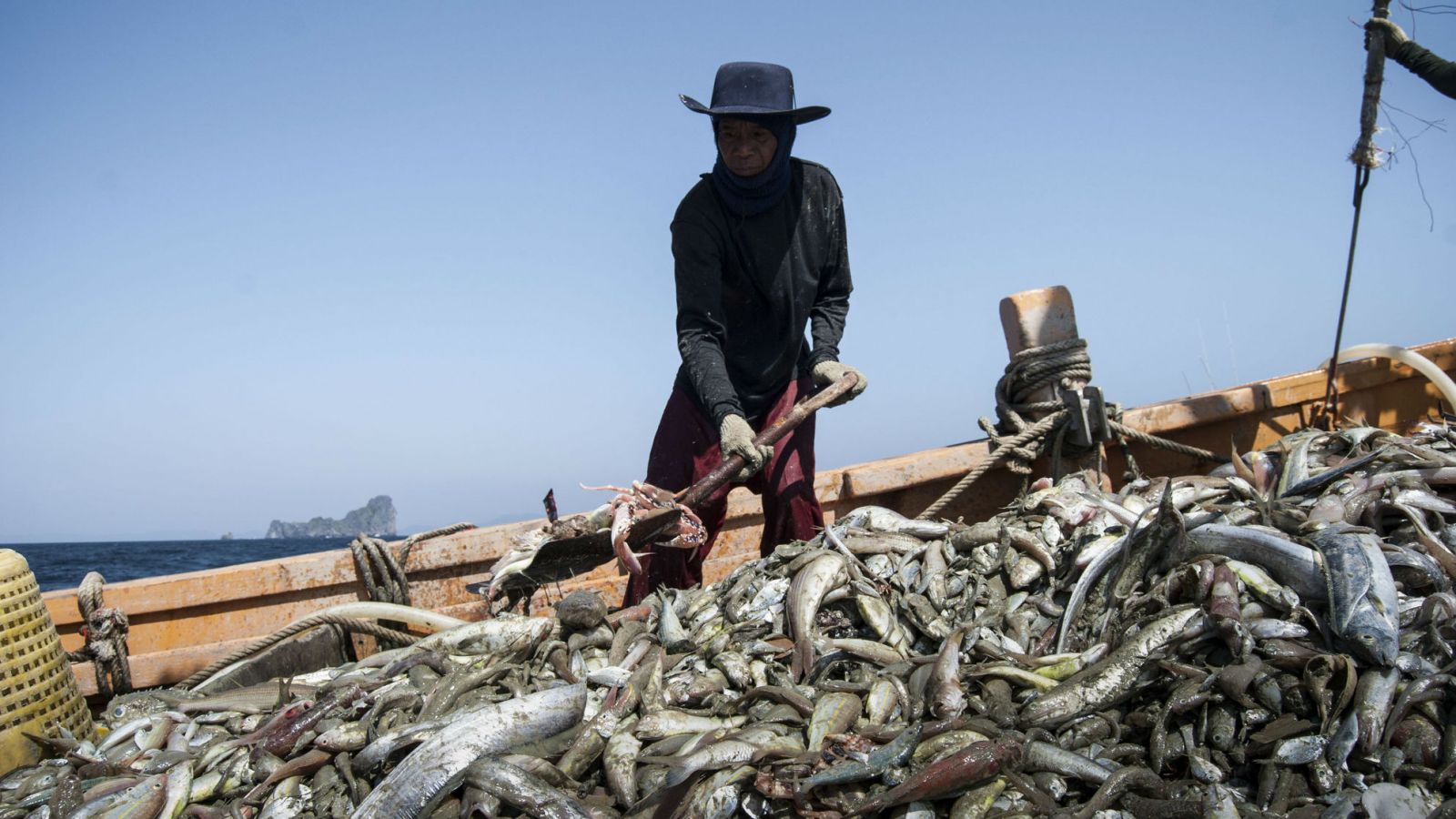 Burmese slave labor, taken on Koh Samui (Thailand) Monday. How the sausage gets made.

Despite having some of the world’s most well regulated and well stocked fisheries, we import up to 90 percent of our seafood. Much from Asia.

Reviving this thread as ITF is now trying to do something about it:

Reading this makes me feel fortunate that I can catch my own. If it’s not off my boat, it’s from one of my neighbors.

Same here. Prefer caught by self or friends. We ate a lot of mahi on my last trip. I was working in Hawaii.

I used to buy bagged shrimp until I learned about the conditions those poor souls deal with on the shrimp boats in Asia. If you can buy local shrimp, do it, otherwise, no thanks

The “wild caught” was originally for domestic shrimp vs pond raised foreign shrimp which is now most of the US market. They’re using that term for everything now. It’s OK to buy seafood. Try to find a local market. The containers should have the origins. It’ll cost more but it’ll definitely be a better product, it was caught, culled and processed in the US by hardworking people living in the US. There is nothing easy about the seafood business no matter what end of the business you’re part of.

I rarely buy seafood at the grocery store but when I do I look at the label, the shrimp I buy is either “wild caught” from Texas or lately, Wanchese NC.

Reviving this thread again.
It appears that Seafood Slaves are not limited to the Thai fishing fleet:

"I never once saw the American captain make any attempt to operate the vessel," a federal observer said

Yeh, pretty shady. They advertise in Prof Mariner magazine, Work Boat and others. If you look at the want ad it says in black and white you are the Master in name only and agree not to interfere with operations of the vessel. A complete sham operation and now it appears to be legally sanctioned human trafficking.

It’s absolutely pathetic that the USCG and Congress does not crack down on this nonsense.

Whenever I worked in Honolulu, I’d ride or walk past those piers on the way toward downtown and wonder what the deal was with those fishermen until one of my Hawaiian friends filled me in. Very sad existence. I think there are fishermen living under such conditions in other parts of the country as well. Come on USCG and ICE do something about it.

Here is an article about slave labour on crab boats operating out of Norway:

In 2014 and 2015, Latvian, Lithuanian and Russian vessels rushed to Båtsfjord. The goal was to make billions of the snow crab - the new gold in the Barents Sea. But the Russian seamen ended up calling Båtsfjord «pirate port».

Taiwanese fishing vessels are notorious for ill treating their foreign crews, but whether this played a role here is left to be seen:

TAIPEI: Two crew members have been confirmed dead and six are missing after a deadly brawl broke out on board a Taiwanese fishing vessel in a ...