that’s news? Every country, even our closest allies want to know each others secrets. It’s always been so. as for ‘engineering’ elections, The USA is probably at the forefront of that activity!

did I see a post that the hacking has come from a US gov IP address? 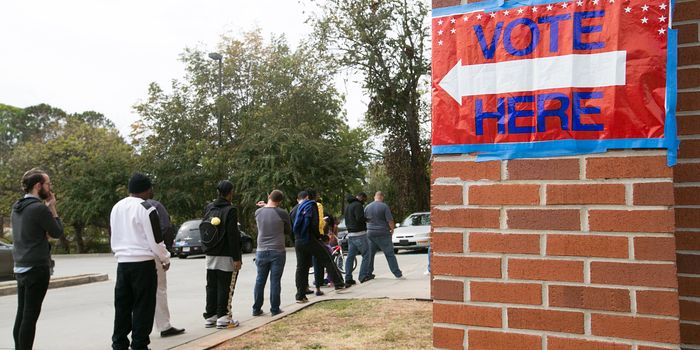 The state of Georgia asked the Department of Homeland Security to explain what appears to be an attempted breach of its computer systems housing the state voter registration database by someone in the federal government.

But what was hacked? Things that the Dems would have rather kept quiet?

now that internet censorship is underway (fake news containment) in two years no one will know jack about world events nor your own govt.
Rogue forums like this will probably be outlawed, or content autocensored by a ‘cloud’!!

[QUOTE=jimrr;193211]now that internet censorship is underway (fake news containment) in two years no one will know jack about world events nor your own govt.
Rogue forums like this will probably be outlawed, or content autocensored by a ‘cloud’!![/QUOTE]

Only the government should be allowed to create fake news and never forget that they only do it for our own good. It is unpatriotic to even think that official government news might not be 100 percent accurate - and good for you.

Tell ya what, guys: read this: http://bit.ly/2hnChaR especially the last two pages, and then we can talk (within obvious limits).

When you are trying to work your way through the wilderness of mirrors, two principles can help:

Wow it looks like you really put alot of work into this. Thanks for the share Earl.

[QUOTE=Earl Boebert;193220]Tell ya what, guys: read this: http://bit.ly/2hnChaR especially the last two pages, and then we can talk (within obvious limits).

When you are trying to work your way through the wilderness of mirrors, two principles can help:

All I can say is well done sir. I am impressed. Are you sure you’re on the right site? I’m pretty sure you may be eclipsing this cabal of mariners with your intelect. I mean I’ve sailed with my fair share of interesting fellows, but have yet to come across someone with this kind of knowledge. Really interesting paper. Thanks for sharing.

[QUOTE=cmakin;193206]But what was hacked? Things that the Dems would have rather kept quiet?[/QUOTE]

Indeed sir, the Russians have to be laughing their asses off.
At first the democrats claimed their unexpected loss was the FBI director’s fault, then it was because of Wiki leaks, next the fake news were to blame, now it’s the Russians “hacking the elections”. They have blamed everything but their flawed candidate. Sadly they are now hemorrhaging whatever credibility they had left after snatching defeat from the jaws of victory.
There was a leak in their very own DNC that fed actual emails from Clinton and her lieutenants to someone outside the organization. The mails proved that their cabal rigged Sanders out of the running, rigged the candidates’ debates and clearly exposed their cynicism and arrogance toward the voters. The Russians didn’t hack a damn thing. The democratic machine is still cranking out the BS.

My point in posting that link was to back up an assertion that you’re not going to find any digital fingerprints laying around in cases like this. Instead, you have to dive into the murky waters of counterintelligence, where everything is based on balances of probabilities and the term “net assessment” means just that. Flat-out assertions that X is the case or not the case tend not to impress people who have had to struggle with such issues. Lee Shore has an opinion, mine is somewhat different, and barring some highly unlikely breach of security somewhere it will stay that way.

One of my co-workers in my early days at Honeywell had been one of Merrill’s Marauders in Burma in WWII; despite or because of the generation gap our wives were very close friends. His spouse told my wife that he bitterly believed he had been put through hell by high-ranking idiots who had ordered his unit to repeatedly parachute into that godawful jungle to cut telephone wires, an obvious insanity since the Japanese had radios. The poor guy passed away before the story of codebreaking in WWII was declassified, so he never learned how important it was to force the enemy traffic up on the air where it could be intercepted. That’s what the game is like.

[QUOTE=Earl Boebert;193241]Lee Shore has an opinion, mine is somewhat different, and barring some highly unlikely breach of security somewhere it will stay that way.[/QUOTE]
We all know our alphabet soup agencies are nosing around in Russia’s cyber world and vice versa. Everybody’s playing the game including allies spying on each other (Germany caught us at it not long ago) and they’re all experts at covering their tracks. Much of our infrastructure is vulnerable and that’s worrisome, however I’m not naive enough to believe the democrats when they claim that the Russians were able to hack into our voting machines and rig the election to favor the republicans. The partial recounts make that clear. When this red herring loses traction they’ll come up with some other lame excuse. Climate change maybe?

BOTTOM LINE ON ‘CENSORSHIP’: it will begin by holding ‘accountable’ those that pay private corporations (google, facebook, twitter, etc.) for the use of their services.
In this manner the payers are only conforming to company standard or wishes but will VERY soon morph into limiting ‘hate speech’ and such as that. In a very short years I doubt even the NRA will be able to have a web site and of course your favorite political jokes critical of who ever is liked by the ‘powers’ of the time will be outlawed and you’ll be fingered. It’s how it’s done throughout history only now it will be so much easier and furthermore: accomplished by algorithms. And the powers that run the internet since 1 Oct. 2016 can’t be found… Name one! that international consortium to ensure ‘fairness’ and ‘equilibrium’, who assign the IPO or whatever it is.

This makes memory holeing an unperson all the more easy.

dont forget the CIA forced a leader out and changed the government ( thank god) in Australia in the 70’s. same old democrats ( read labour in australia) they had to blame someone for bankrupting the country.
well at least they had their local bank ( Nugen Hand )to pay the bills

I love the way they are convinced Putin hacked in but nobody says what was done?
maybe just checking hillary was losing?

[QUOTE=powerabout;193293]I love the way they are convinced Putin hacked in but nobody says what was done?
maybe just checking hillary was losing?[/QUOTE]

The scope and nature of the breach was placed in the public record by the attackers. The intent was obvious; the actual effect much less so.

[QUOTE=lm1883;193307]Interesting as the state of Georgia’s election data base was hacked several times by a DHS IP address.[/QUOTE]

Er, not exactly. It appears that a DHS employee went to the Georgia Secretary of State’s cite to check somebody’s professional license and the site’s security software mistook the access for a port scan. No unauthorized access documented.

Panic, exaggeration, and 92,000 google entries later the idea of “multiple hacks” has entered the realm of urban legend. Now you understand why I bailed from the computer security business after 40 years.

I wonder if 25 years ago when the internet was made public, anyone foresaw that it would fundamentally alter interpersonal relationships and spell the death of truth and journalism.

[QUOTE=Lee Shore;193316]I wonder if 25 years ago when the internet was made public, anyone foresaw that it would fundamentally alter interpersonal relationships and spell the death of truth and journalism.[/QUOTE]

Well, Truth and journalism have not always meant the same thing. . .I found these gems as stated by Thomas Jefferson in 1807. . .

[I]"In 1807 statesman Thomas Jefferson wrote a letter complaining about the misinformation in newspapers:

Nothing can now be believed which is seen in a newspaper. Truth itself becomes suspicious by being put into that polluted vehicle. The real extent of this state of misinformation is known only to those who are in situations to confront facts within their knowledge with the lies of the day
Jefferson provocatively suggested the advantages of not reading the newspaper:

I will add, that the man who never looks into a newspaper is better informed than he who reads them; inasmuch as he who knows nothing is nearer to truth than he whose mind is filled with falsehoods & errors. He who reads nothing will still learn the great facts, and the details are all false."[/I]