What a way to finish a 9-month (SE Asia!) deployment, and <24hrs from home!
https://gcaptain.com/royal-navy-rescues-27-from-cargo-ship-on-fire-in-bay-of-biscay/
“BZ”

Grimaldi have had a checked history.

For what it is worth, Pasha’s Marjorie C is of similar design as these Grimaldi Line ships.

I wonder how much of this incident is actually related to the design of the ship? It doesn’t seem to me like anyone really has a good system for fighting container stack fires on deck judging from recent casualties.

I don’t know that it would have helped in this case, but I’m surprised at how uncommon it is to see fire monitors on top of the wheelhouse of ships with container stacks.

The ship is CON/RO, fire could have started in the RO/RO decks.

Absolutely, but I’m still surprised at the lack of fire monitors.

Strikes me it wouldn’t be a bad idea for hazardous containers to have their own automatic internal fire suppression tailored to the type of cargo. For most things I would think that one of the Halon substitutes could work well.

Even in the case where the monitors don’t reach effectively seems like they would still protect the house and lifeboat.

It does look like the fire is in the containers on deck.

The paint on the sides doesn’t show very much if any heat damage.

It did look like the paint on the portside was scorched a bit, possibly extending down one deck if they have a low clearance RORO deck there.

Update: The MV Grande America has sunk in Bay of Biscay in water depth of 4,600 meters, France’s Marine Nationale reported. The agency said ship sank at March 12, at 1526 local time about 180 nautical miles off France’s coast.

Gimaldi, the owner of the Grande America which caught fire and sank off the coast of France this week, has confirmed that the fire started in a cargo container. The third such fire in the last three months. 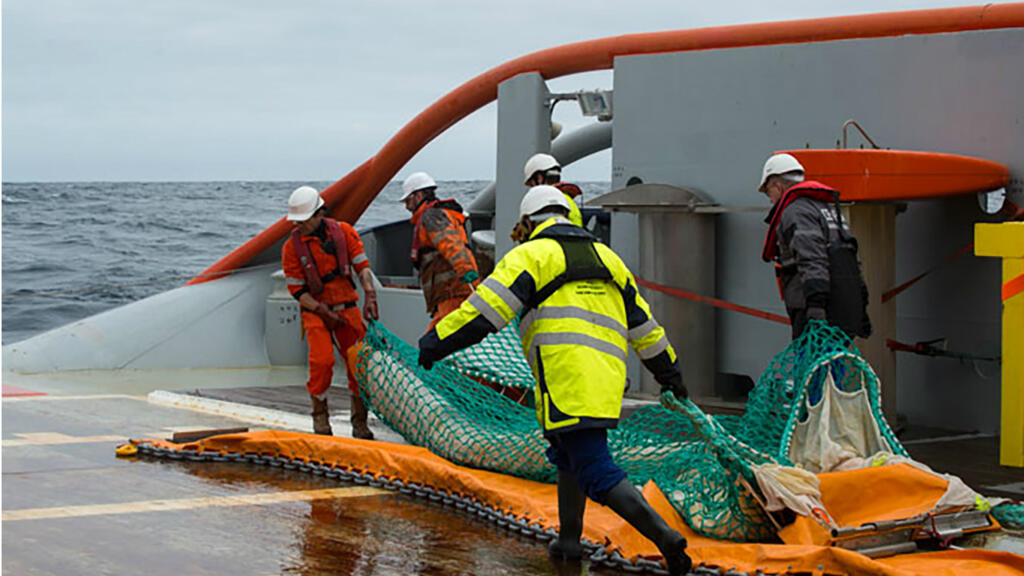 In addition to 2,200 tonnes of heavy fuel the “Grande America” had on board, it was also transporting 2,000 cars and 365 shipping containers, 45 of which held dangerous materials, including a hundred tonnes of hydrochloric acid and 70 tonnes of sulphuric acid.

Four French ships are trying to prevent that the heavy fuel will reach the French coast. On Monday also a Spanish ship will join the clean-up operation.

Porsche is reportedly going reopen a production line to replace vehicles lost in the sinking: