The very first prpose built PCC was the “Dyvi Anglia”, built in 1964: 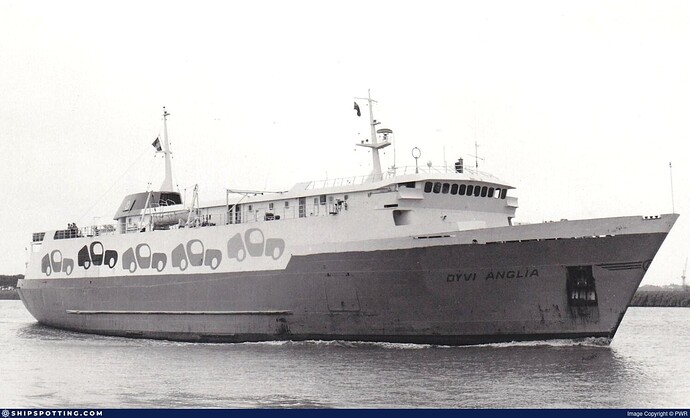 Model of the Dyvi Anglia: 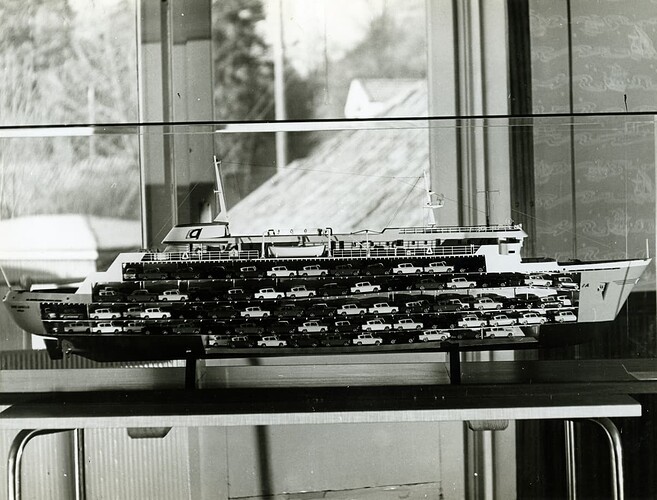 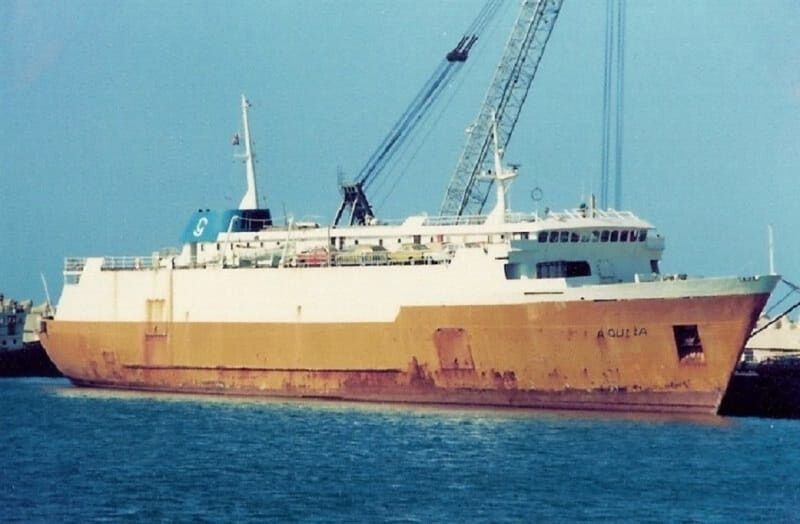 When I was studying naval architecture, my project ship was a PC(T)C. I was quite happy when the initial stability calculations indicated stable floating position. I was not that happy when the printout showed that the floating position was indeed stable after the vessel had capsized. However, later we came up with a solution where any side shell damage is immediately exposed for repairs as ballast water flows out and the vessel heels to the opposite side.

Haven’t touched the ship type since.

Not familiar with this. What does “exposed for repairs” mean? What situation would cause ballast water to flow out? Has this happened in practice?

Not familiar with this. What does “exposed for repairs” mean? What situation would cause ballast water to flow out? Has this happened in practice?

To clarify, that was a student project at the university, not a real ship project. Out of desperation, we used wing tanks that extended well above the waterline for more or less permanent water ballast to keep the damn ship upright. Any damage to the shell would have drained a tank or two, heeling the vessel to the opposite direction and thus exposing the damaged part for patching. It was an ingenious solution to a problem that should have never existed.

However, one of the principles I’ve kept ever since is to insist on a full-length peak-to-peak double hull. I don’t like the idea that someone could cause a lot of expensive and potentially catastrophic damage by drilling a small hole from the outside. Also, whenever I see exposed hull structures onboard a vessel, I can barely resist the urge to drill a small hole myself and see if there’s water on the other side…

Haven’t worked with PCTCs since. I hear many of them are still built without double sides.

The layout of ballast and F.O. tanks of car ships and container ships is fundamentally the same. No reason for them to differ.

Depending on how they are stuffed containers are potentially more dense of a cargo than vehicles. The cargo holds of a fully loaded car ship is mostly empty space.

I’ve never encountered an issue with small GM margins except when meeting max draft restrictions but that would be true of any type ship.

Marine Insight in general may not be reliable but this is from that site. 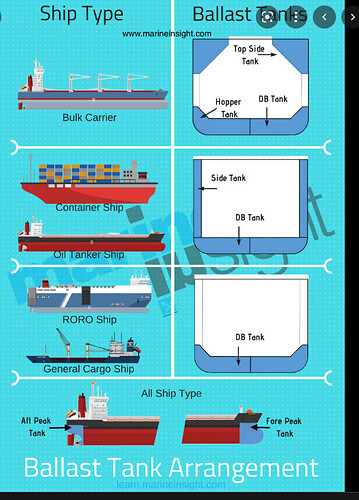 The PCTC I’m familiar with have the double bottom ballast tanks and the Fore Peak and Aft Peak tanks.

Back to the future??: 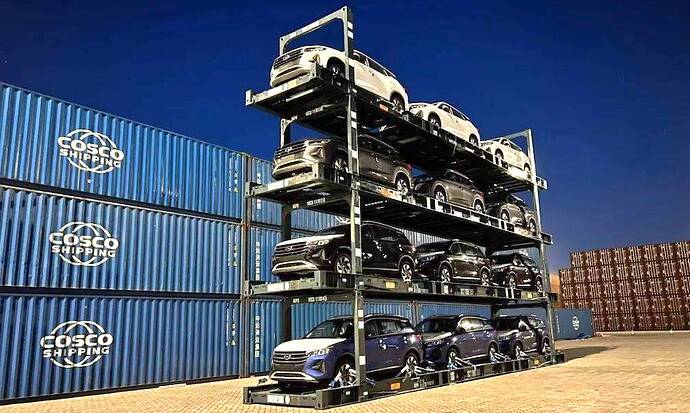 In the unprecedented shipping markets witnessed during the pandemic, cargo types have migrated to all manner of alternate vessels, a new phenomenon which has seen boxes taken on bulk carriers, logs on newcastlemaxes and now cars in a pulp carrier....

It all starterd with the Car/Bulk Carriers back in the 1960s: 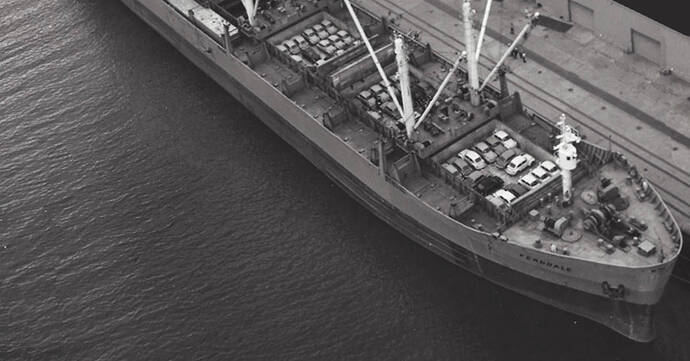 Car/Bukler Fernside seen here with the car deckn pontoons secured in racks on deck while carrying a bulk cargo: 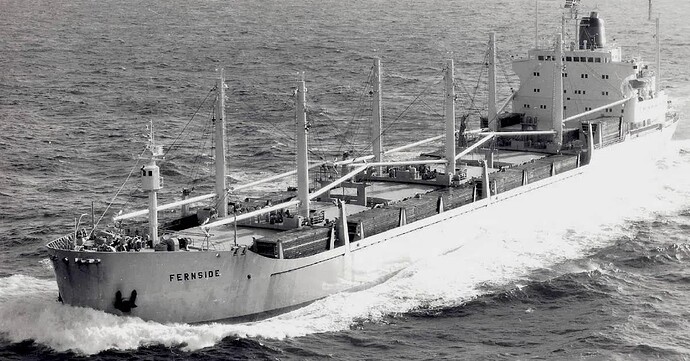 Same ship with a cargo of cars in the hold: 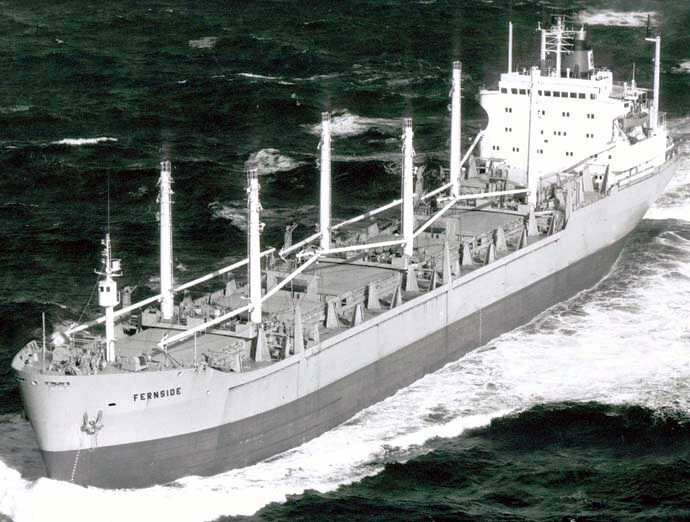 Likely she was the first Purpose built RoRo. My experience Olaf Wallenius generally credited with the concept using converted vessels in1963. Here’s a quote from Wallenius web site.

First RoRo vessel
MS ANIARA is the world’s first RoRo vessel. The technology is still in its infancy and the first vessels are small and designed for short-sea shipping. MS ANIARA has the capacity to carry 240 cars.

Maybe the PCTC-era is coming to and end?:

marking the successful completion of the firs...。

Or at least meeting stiff competition when the container market turns to surplus of ships again.

PS> OOCL Hong Kong was the world’s largest Container ship when new in 2017: 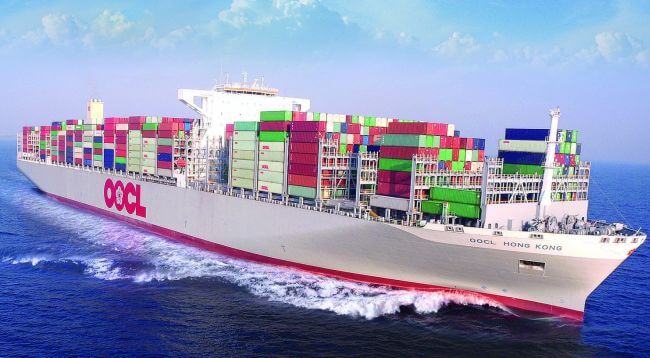 What as difference 5 years can make in shipping.

Who or what is this SAIC anyway??:
https://www.saicmotor.com/english/index.shtml

An even earlier PCC: 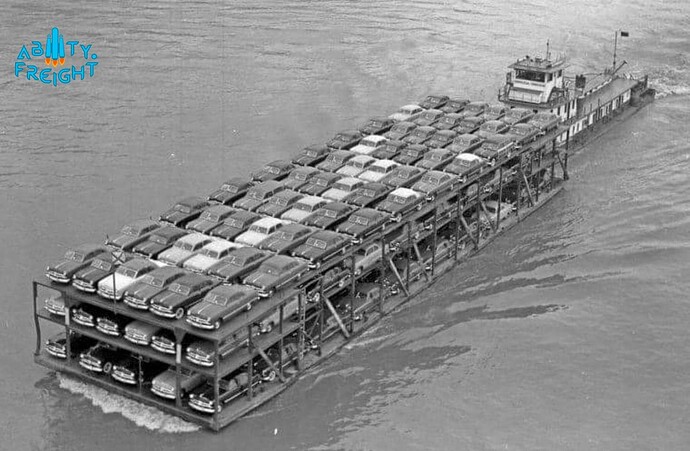 A cargo of 1949 Fords!!
Brand new 1949 Fords are heading down the Mississippi to the dealers. 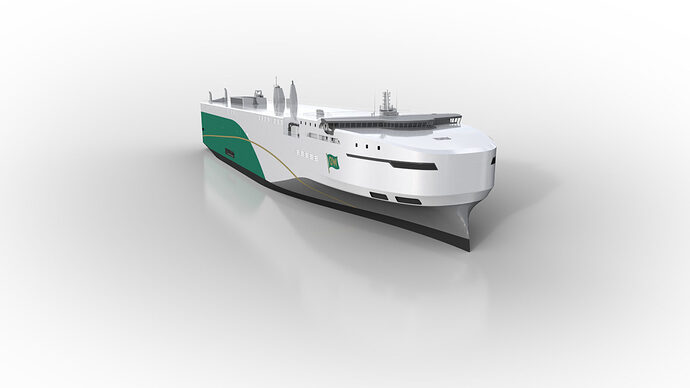 How to design for less emissions | KNUD E. HANSEN

When Wallenius Marine and Knud E Hansen developed a ship design concept for Volkswagen, the Naval Architects took the degree of innovation to the next level. Learn how we reduced emissions from the vessels of the Sleipner concept, which is nominated...

Launching of this first vessel is planned for 30 June 2023. Within a year, 30 October, the vessel shall be delivered.

In contrast to the one above: 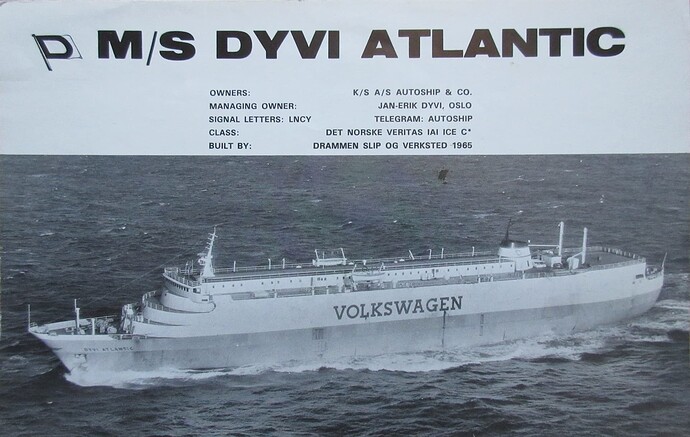 Who or what is this SAIC anyway??

Apparently China’s largest car manufacturer. Besides their own domestic brands, they own MG Motors and brand (the once strictly UK company). I know they have a partnership with Volkswagen (SAIC Volkswagen).

Looks like Chinese car companies are getting into PCCs in a big way: 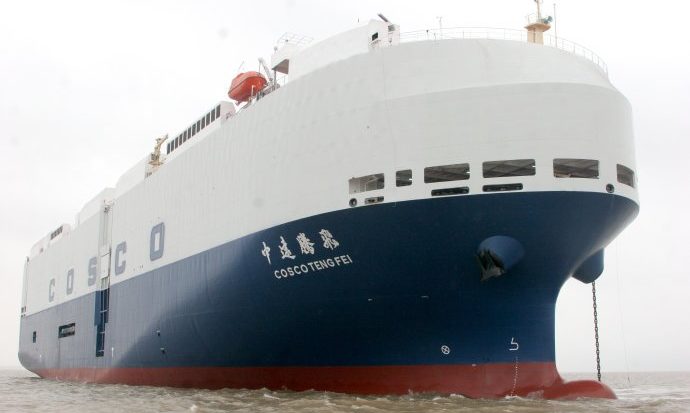 China’s automotive brands are getting into shipping at a time where car carrier rates have been hitting record highs and the nation has surpassed Germany to become the second-largest producer of cars in the world. BYD has ordered six 7,700 ceu ships...

Another Chinese car manufacturer has decided to get into shipping: 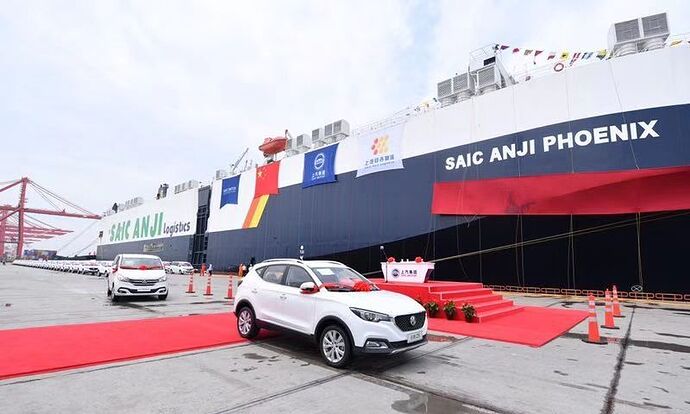 SAIC Anji, the fast growing logistics subsidiary of China’s giant car manufacturer SAIC, has confirmed its latest round of fleet expansion, signing for a total of seven 8,900 ceu car carriers on home soil. The order has been split between two yards,...