The first unit was deployed off Portugal last week: 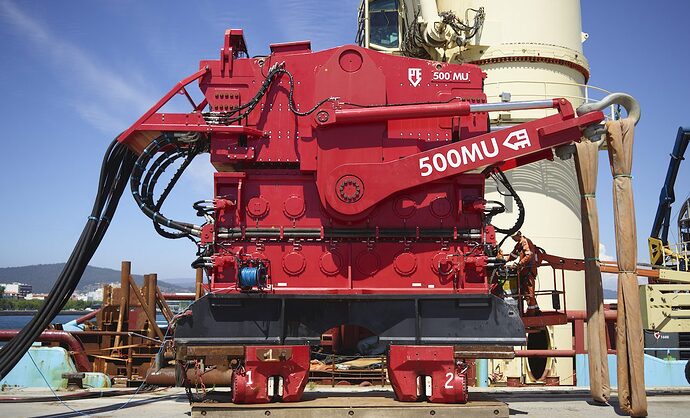 CorPower Ocean, Maersk Supply Service and Dieseko have successfully installed the first commercial-scale UMACK anchor to support the HiWave-5 demonstration project. The novel anchor has been installed 4km off the coast of Aguçadoura, in northern...

The vessel used for the installation was the Subsea Support Vessel “Maersk Achiever”:
https://www.maersksupplyservice.com/wp-content/uploads/2020/06/HTML-Maersk-Achiever-1748.pdf 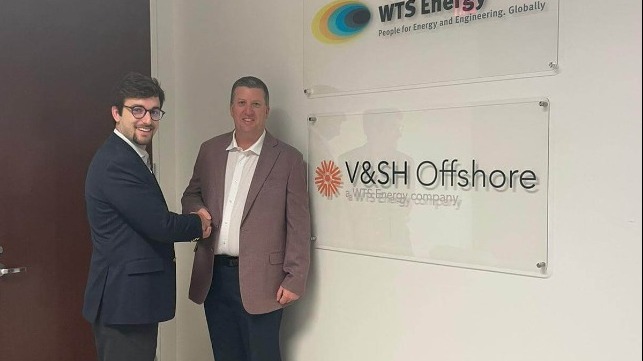 New Houston officeV&SH Offshore Solutions is pleased to announce that they have opened an office in Houston, Texas, further to support the development...

PS> Maybe a training center for the marine side could be established as well? 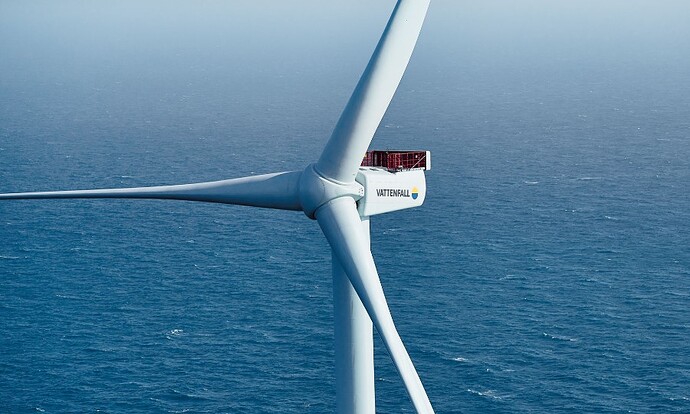 A consortium of preferred bidders Aker Solutions and Siemens Energy has been awarded a limited notice to proceed contract from Swedish utility Vattenfall for the Norfolk Boreas offshore wind project off the coast of the UK. For the project, Aker...

Ørsted pull out of new projects off Taiwan: 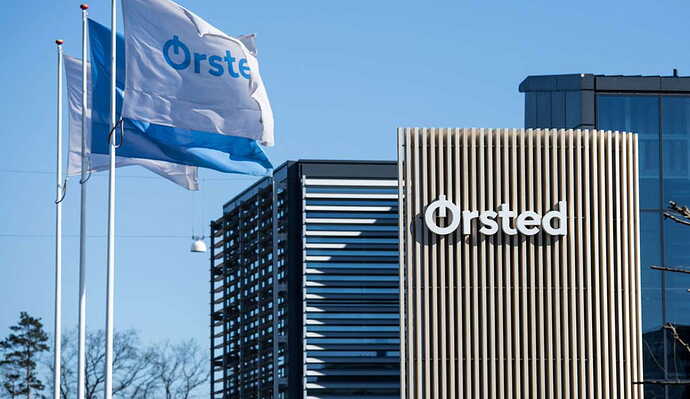 Ørsted has decided not to submit a bid in the first auction of the Round 3 Zonal Development Phase in Taiwan, the developer announced on 30 September.

*As the largest and most experienced offshore wind developer in Taiwan, we had to take stock of the limitations set by the current regulation, which in combination with high inflation and increasing interest rates led us to conclude, after exhausting all efforts, that we cannot make the projects investable at this stage” 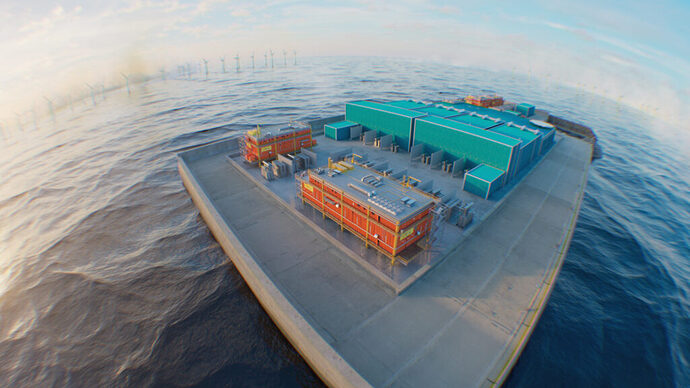 Belgian transmission system operator (TSO) Elia has presented draft plans for what the company says ''will be the world’s first artificial energy island.''

Everybody wants to get in on the offshore wind bonanza: 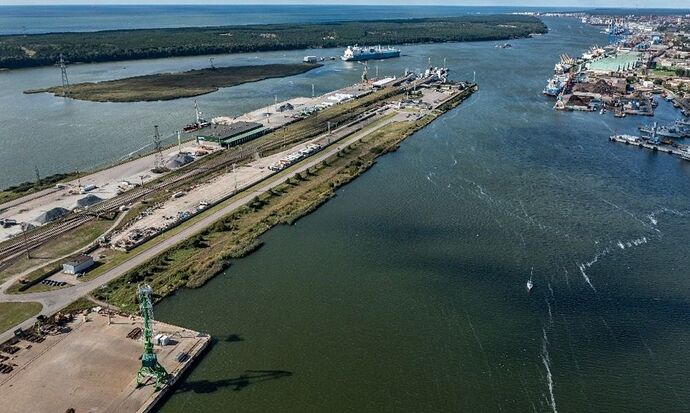 Lithuanian port city Klaipeda is looking to maximise its strategic location to become a key regional hub for the nascent offshore wind industry in the Baltic amid the current energy crisis. The Marienborg Declaration signed in August saw heads of... 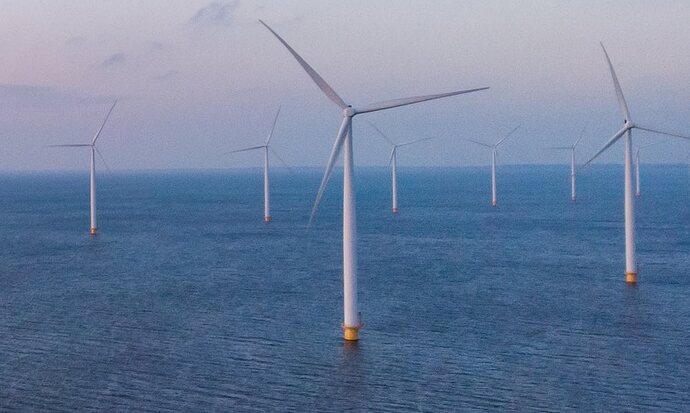 London-based supermajor BP plans to triple the workforce at its offshore wind business by 2023. According to Bloomberg, the aim is to have about 800 employees next year focused on the company’s nascent business to build and operate offshore wind...

A story about an Onshore wind park this time: 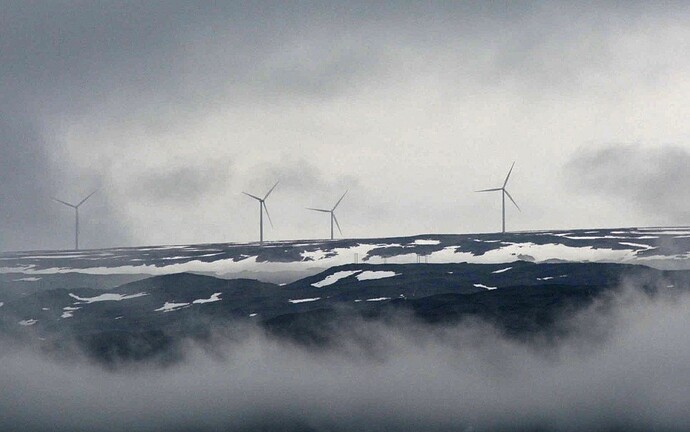 The wind farms are cutting through winter pastures that are now unusable. “The reindeer won’t go near the turbine park, so all the area is lost. It’s not possible to use at all,” Beaska says. The local reindeer cooperative’s must now resort to feeding their reindeer fodder over the winter, instead of having the reindeer search for their own food in the area. Beaska states that this is not part of traditional Sámi culture, and violates their right to enjoy their own culture. This is also the reasoning behind the Supreme Court’s verdict.

Offshore the problem is opposite; fish find sanctuary within the restricted zone of offshore wind parks where the juvenile fish can grow big, before venturing out in the dangerous world beyond.
The fishermen complain about the restrictions imposed on them, until they realize that their catches goes up in the areas where they can catch fish.

Is wind is the new oil?? Everybody that was heavily involved in the oil & gas industry in some form appears to think so: 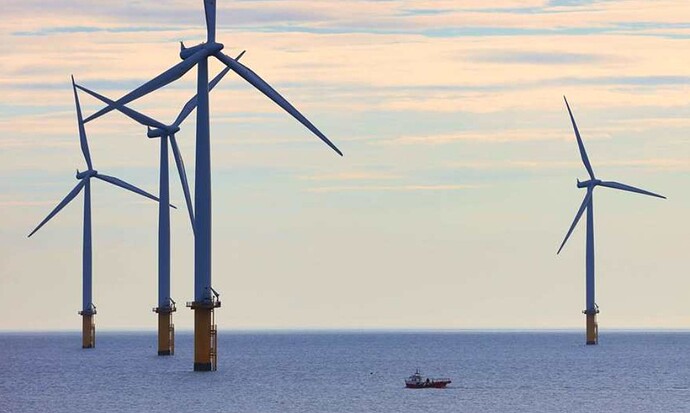 Norwegian technology group Kongsberg has set up a new company as it looks to strengthen its presence in the offshore wind and other renewable energy sectors.  The group said the establishment of the company called Kongsberg Renewables... 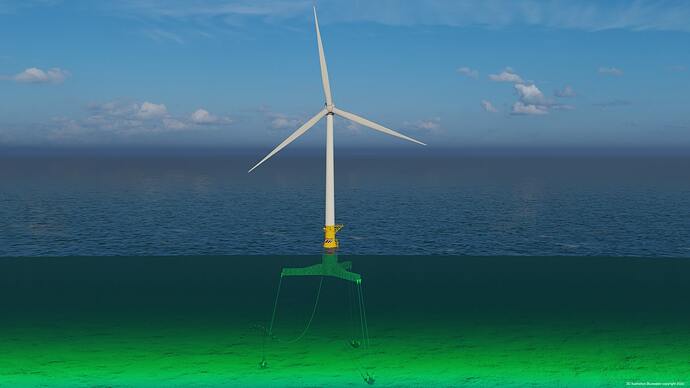 Explain that to the Brits and now Greeks and soon to be the EU.
The energy pricing is a scam 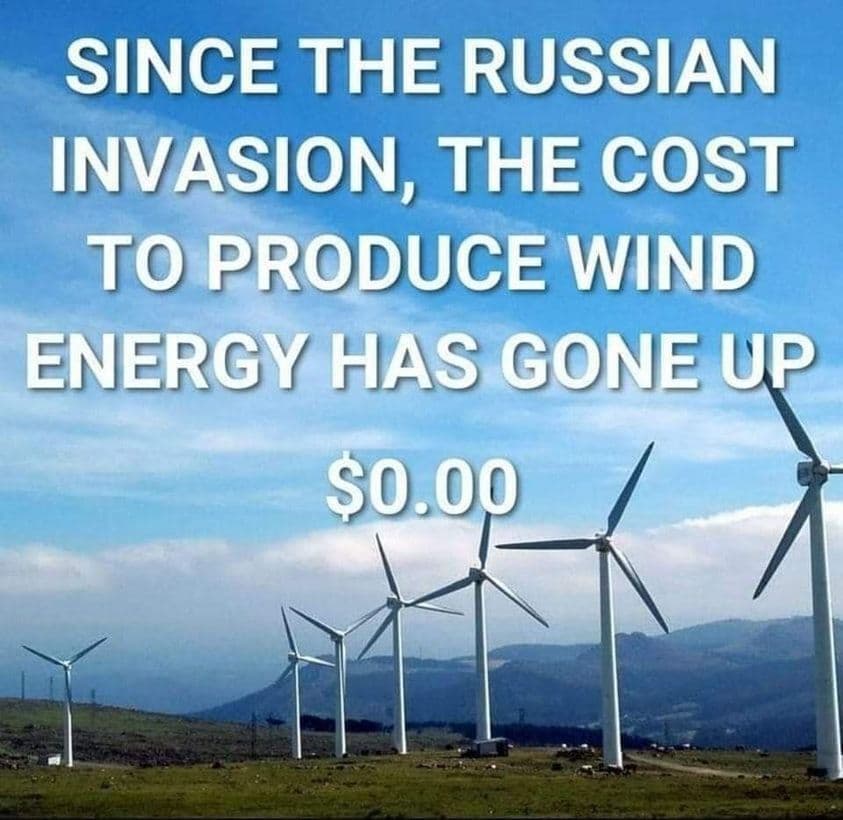 Explain that to the Brits and now Greeks and soon to be the EU.

To manufacture, install, maintain and operate the wind parks are not free, however.
Neither is the distribution network that bring the energy to the consumers.

In the EU the cost of electricity to consumer is linked to gas prices, regardless of how it is produced. Therefore; high price for gas = high electricity price. (Now being corrected)

That depends on where in Norway you are. Norway has 5 different price zones for electricity: 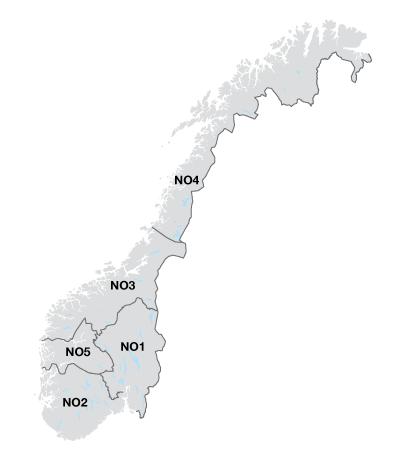 Zone 1 & 2 are connected via underseas cables to the European and UK power grids, thus affected by prices in EU/UK. That they had a dry summer, thus low filling levels in the storage magazines also affect the prices there. (Rain now is bringing the price down)

Zones 3 & 4 is NOT on the EU grid and thus only affected by wind, rain, snowfall in the mountains during the winter and glacial melting in the summer.

A bit surprised that you are posting a video from DiEM25.
Not the type of organization I associate with you 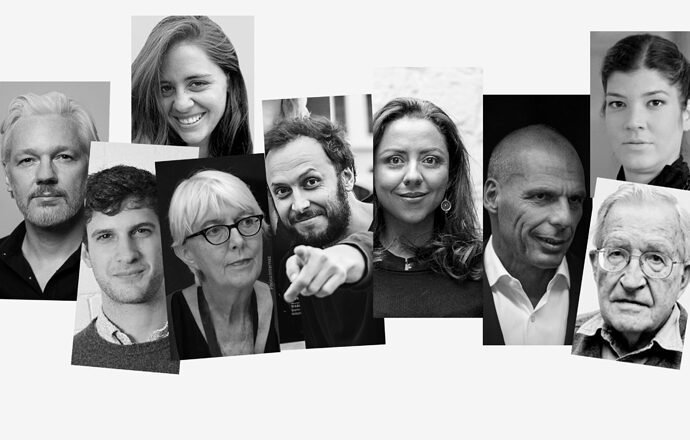 DiEM25 is a pan-European, progressive movement that aims to democratise the EU before it disintegrates. Our bid to effect change is enshrined in our Green New Deal for Europe.

DiEM25 has eight Pillars on which it builds its road to a truly democratic Europe: Transparency, Technology, Economy, Environment, Refugees and Migrants, Culture, Post-capitalism, and a European Constitutional Process. These policies are developed through a unique cooperation between the movement’s membership, the intellectual expertise attracted by our project, and the general public.

Together we build our vision for tomorrow’s Europe. We do not simply demand change: we describe it and then fight for it.

Might seem a bit left for me but I cant help liking Yanis, he talks a lot of sense.
He does attack the scam that the EU is for the population.
That started when he was the Finance Minister and saw what the EU did to Greece.

Yanis is a regular contributor to and card carrying member of DiEM25, which is trying btom “save” EU by steering it in a more left leaning direction.

No, the pricing system for electricity to consumers in the EU is presently based on the price of natural gas, whether piped from Russia or Norway, or imported as LNG from USA and other sources. It is called “market price” and has NOTHING to do with the cost of producing, processing and transporting the gas to Europe.

PS> You conveniently “forgot” this bit; “Now being corrected”

Well Greece is in the EU isnt it?
The auction that sets the price is based in the Netherlands…
Sure, not widespread yet…they will be getting it soon…

Yes Greece is a member of EU, that is why they got bailed out by other EU members when they mismanaged their economy so badly that they were technically bankrupt.
Not sure if they are on the EU power grid though.(??)

Here is how electricity price are set within the common EU power market: 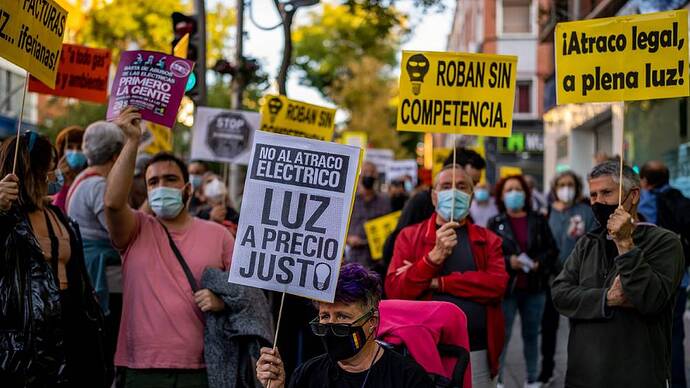 Watch: Here's how the price of electricity is set in the EU

The price of electricity varies widely depending on the energy source used to generate it. #EuropeDecoded

Currently, the EU’s wholesale market is a system of marginal pricing. That means that all electricity generators get the same price for the power they are selling at a given moment.
But the price of electricity varies widely depending on the energy source used to generate it: the cheapest being renewable energy sources while fossil fuels are much more expensive.
But as fossil fuels (from petroleum products to coal and natural gas) accounted for nearly 70% of the EU’s energy mix in 2020 and with most of it imported from third countries, it means the bloc is highly vulnerable to price fluctuations.

good question if Greece has access to any EU power, perhaps thats why teh gov has its own pricing scheme?

Apparently Greece is on the European grid (ENTSO-E Transmission System):

They are also aiming to contribute their part to secure power safety and cheap African renewable power for Europe: 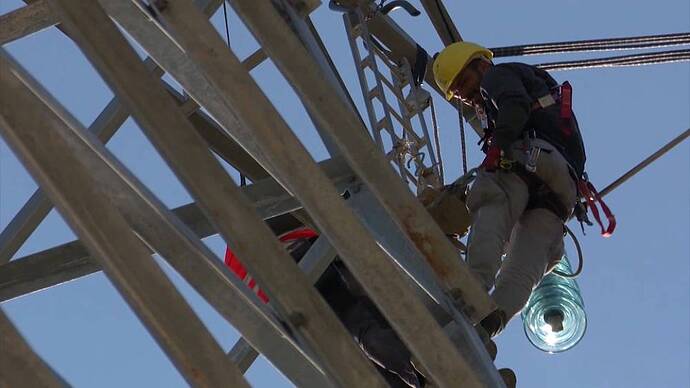 The project is expected to be completed in 7 to 8 years as Europe attempts to sever ties with Russian fossil fuels.

But are getting EU funding to secure their own power safety and security: 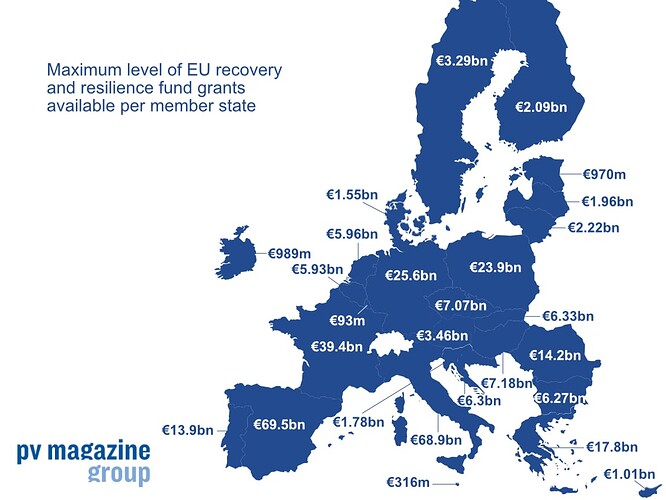 Developers in Greece will bid to secure annual payments for large-scale storage facilities that must be operational before 2026.

The restricted zone around Offshore Wind Parks/Farms can be used for more than allowing juvenile fish to grow peacefully.
Here is an article from a year ago describing one possible opportunity: 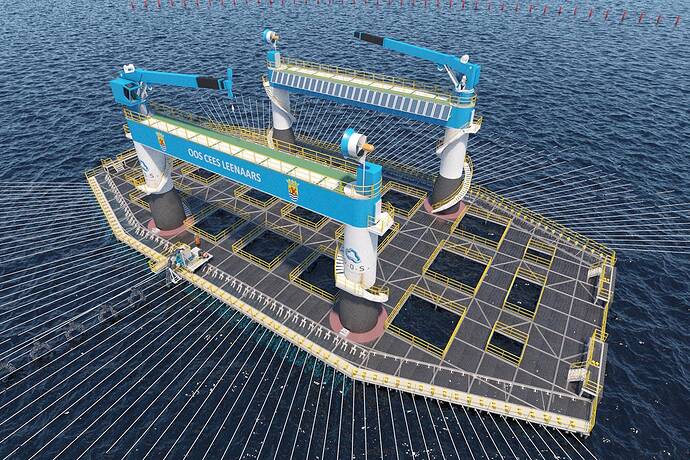 October 26th 2021 The OOS Group has developed a Semi-submersible Mussel Farm (SMF) to grow mussels in the North Sea. Mussels are traditionally grown in sheltered waters such as the Oosterschelde and the Waddenzee. However, due to a lack of nutrition...

Anybody know what is the status on this project??

A video explaining how it is envisaged to work:

A long and detailed study into shellfish farming in the restricted zone around OWFs in Dutch sector: 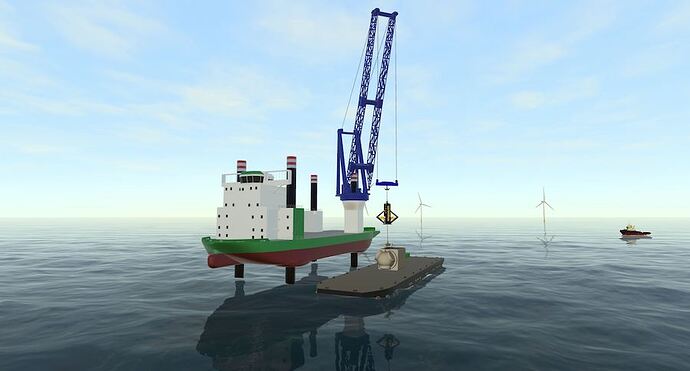 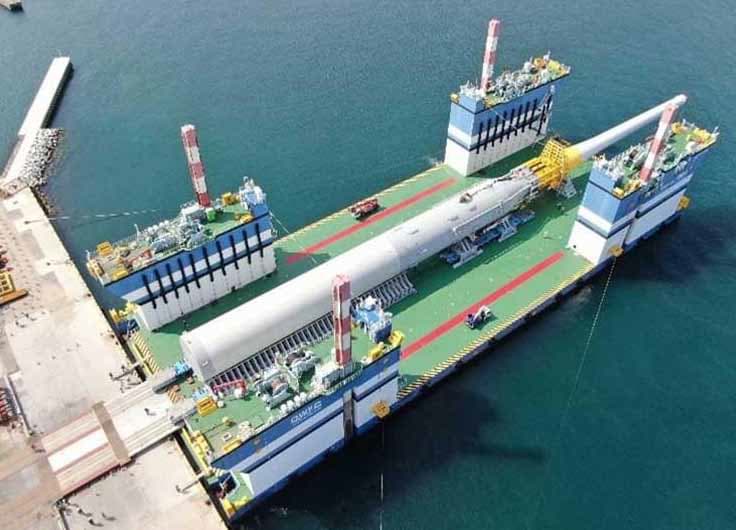