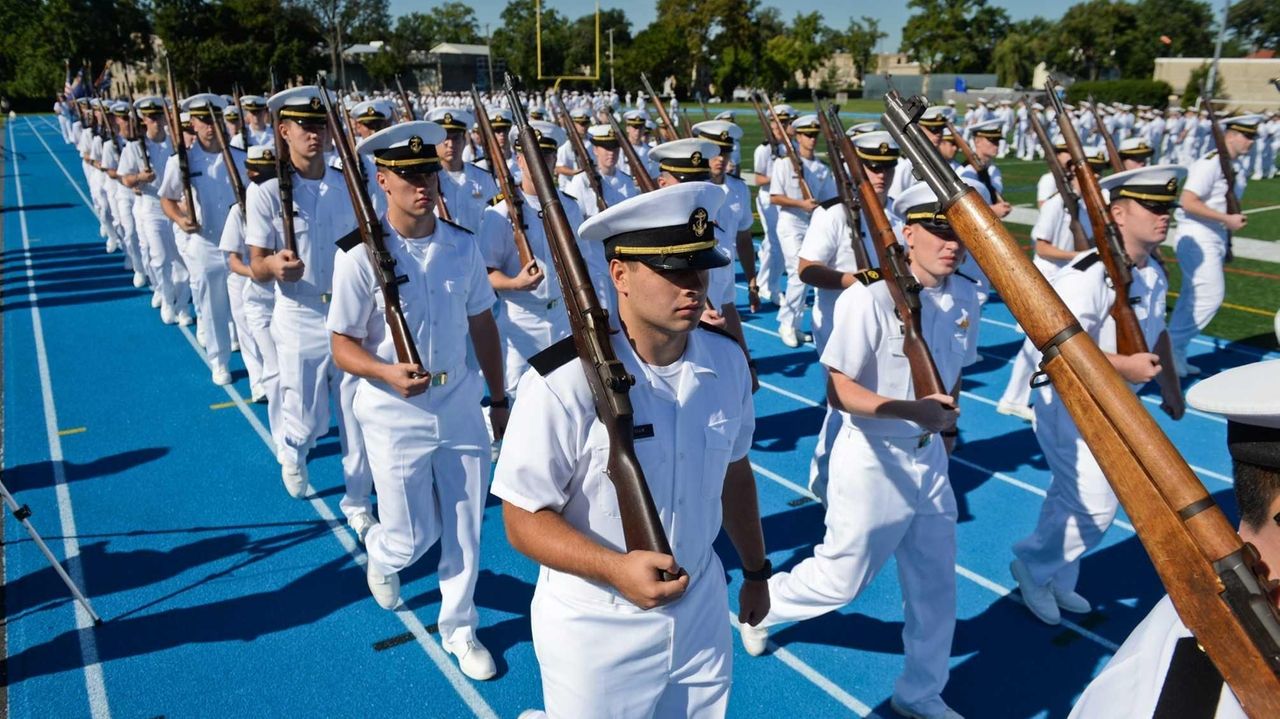 An official at the U.S. Merchant Marine Academy has been charged with operating a 13-year scheme to force contractors to pay him kickbacks of 10 percent of the amount of work he helped award. The offi

""An official at the U.S. Merchant Marine Academy has been charged with operating a 13-year scheme to force contractors to pay him kickbacks of 10 percent of the amount of work he helped award.The official, John McCormick, 58, of Atlantic Beach, was identified as a planner and estimator who oversaw contracts for maintenance work at the federal academy, according to sources and a federal complaint.

The McCormick case is part of a larger ongoing investigation into possible corruption in the awarding of contracts at the academy, sources familiar with the investigation said.

McCormick “has participated in the awarding of millions of dollars in construction contracts,” according to the complaint filed at Eastern District federal court in Central Islip.

In 2013, McCormick received the Maritime Administration Excellence in Customer Service Award “for extraordinary commitment and dedication to providing the highest level of maintenance and repair services for the faculty, staff and midshipmen of the USMMA.”

McCormick was arrested and arraigned late Thursday on a charge of conspiracy to defraud the federal government, officials said. He was not required to enter a plea and was released on $500,000 bail, officials said. McCormick’s attorney Jeffrey Groder, of Mineola, said his client had been arrested by federal agents a day before he planned to retire from the academy.

“It’s a tremendous shock,” Groder said, adding that his client had “never been in any trouble – it’s a big deal.” Groder said he was “confident that down the road that he’ll be vindicated.”

Groder said his client began working at the academy in 1996, and before that had started his government career with the Coast Guard in 1974. The federal complaint said the fraud scheme began in 2001. A woman who answered the phone at McCormick’s home Monday said he was not available for comment and asked a reporter not to call back.

Spokesmen for the Eastern District U.S. attorney’s office, the academy and the Department of Transportation, which operates the academy, declined to comment.

The academy, on 82 acres in Kings Point, celebrated its 71st year of service this year. It has an enrollment of about 950 midshipmen, who will serve as licensed officers on civilian ships when they graduate.

The academy has had a rocky history in recent years. In 2010, a federal report said the academy needed $300 million in repairs, and superintendent turnover has been frequent. But there have been signs of upgrades, and in June the christening of a new training ship was hailed by the academy superintendent as a symbol of improvement.

Court papers said investigators began probing McCormick’s work after "numerous complaints had been made . . . that McCormick was increasing the cost of USMMA-related contracts by fixing bids and steering USMMA contracts to contractors who would pay him cash ‘kickbacks.’ "

An unnamed general contractor and a painting contractor are listed as cooperating with investigators.

On Oct. 20, the federal complaint said, agents witnessed and recorded a general contractor paying McCormick $1,000 in cash “at the USMMA for arranging to award [the contractor’s] company construction work at the USMMA.”