I’m amazed that Chouest would sell any vessels to a competitor.

Two of them were Vanuatu flagged boats that weren’t possible to reflag for Jones Act trade… I haven’t seen a full list of the others, but I’d bet on old 240’s that big oil doesn’t like now that they’ve had the 312’s working for them.

I haven’t seen a full list of the others, but I’d bet on old 240’s that big oil doesn’t like now that they’ve had the 312’s working for them. 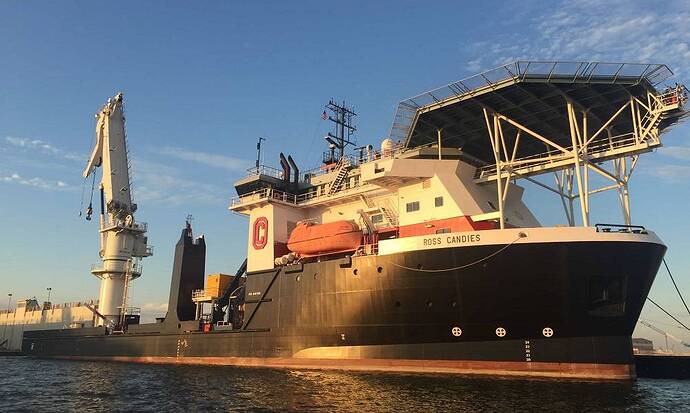 Oslo-listed engineering and marine services player DOF Subsea said that its US business has secured multiple contracts for the Jones Act-compliant multipurpose support vessel . The 2009-built vessel will be utilised well into the third quarter of...

More Offshore vessels leaving layup and getting back to active service, but not necessarily in the area they have been working previously: 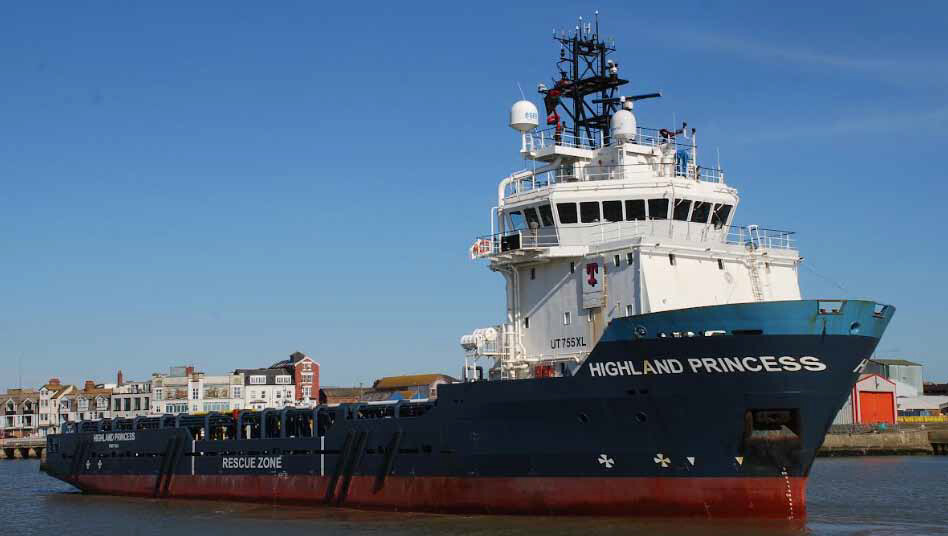 image948×536 62.8 KB
PSV HIGHLAND PRINCESS seen entering the port of Lowestoft, UK from Leith in Scotland following “lay up” in Sunderland with others of the Tidewater fleet. Arriving 9th March for bunkers, she departed 11th March, destination Jebel Ali,AE, possibly another North Sea “Workhorse” unlikely to be seen plying her trade locally in the future.
Photo: John Soanes (c) 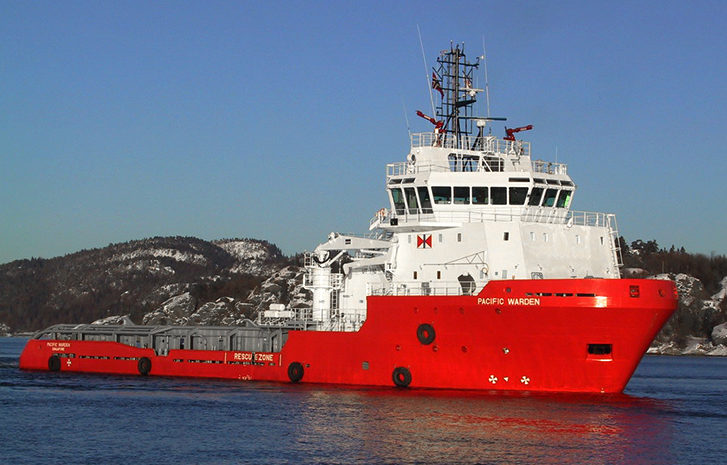 we are excited to welcome our new employees and customers to Tidewater.

Now wait for the exodus of employees from the former SOP fleet.
Some customers MAY also find other suppliers of Marine services. 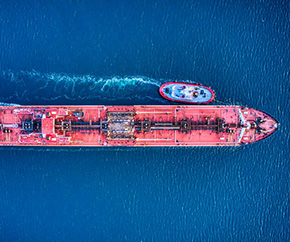 The turbulent journey of the offshore supply vessel market | Hellenic...

Looking back at the past five years in the oil and gas market and subsequently the offshore supply vessel (OSV) market, there have been distinct periods that have resulted in major shifts. 2017 to 2019 saw the industry climb out of the oil price... 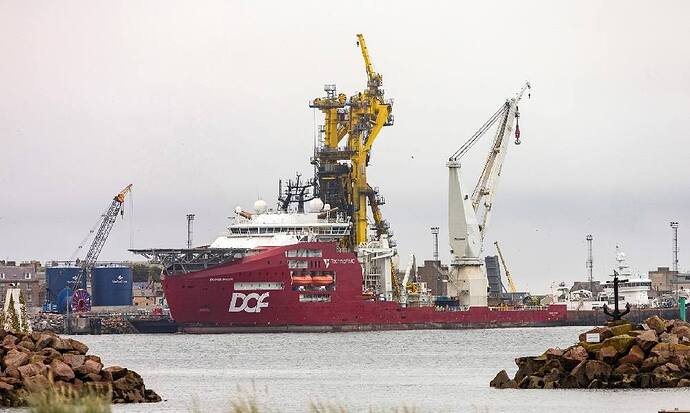 DOF Subsea has secured a contract extension for the 2015-built construction support vessel . The new fixture will commence in direct continuation with the current commitment and run until February 2024. The vessel was initially signed to a five-year...

Well equipped for the worldwide market, now and in the future: 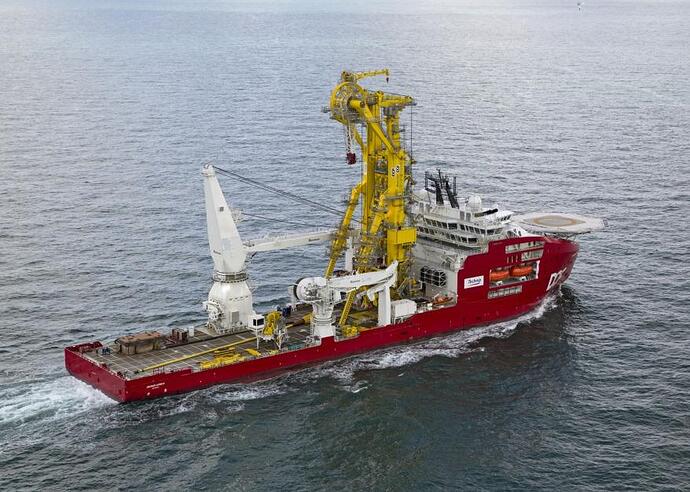 The Offshore Subsea Construction Vessel “Skandi Africa” was yesterday awarded the prestigious “Ship of the Year” award, instituted by Nordic shipping magazine, Skipsrevyen. The vessel is currently at the Huisman Schiedam quay for final... 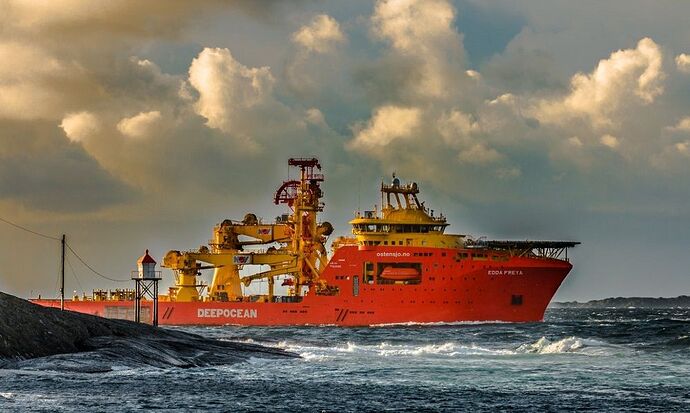 Norwegian shipowner Østensjø Rederi has secured a new contract from DeepOcean for the 2016-built offshore construction vessel Edda Freya. The new contract will commence on January 1, 2023, for a 2-year charter with options for further extensions. The... 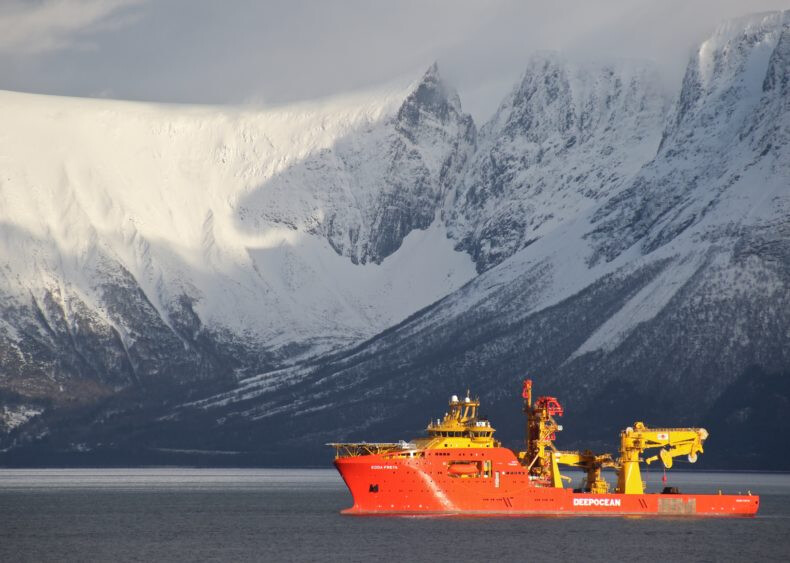 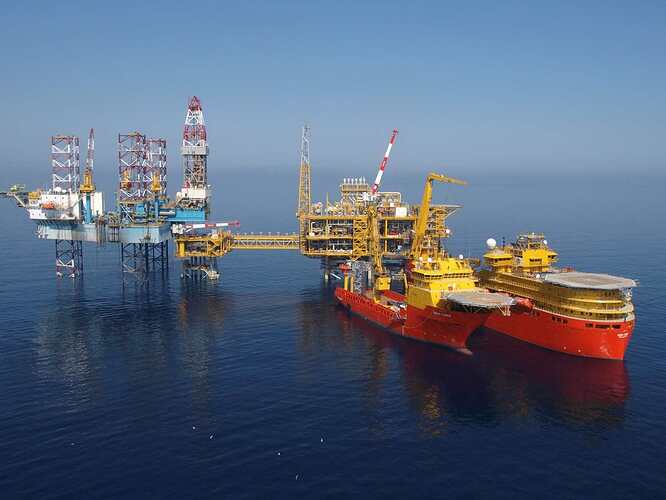 Growing investment in offshore exploration and production and a rising rig count will increase demand for offshore support vessels (OSVs) over the next two years, according to joint research from Braemar ACM Shipbroking and Westwood. Contracted...

But modern tonnage doesn’t just mean “less than 15 year old”, it require the latest and best in design and equipment + fuel efficiency and low emission.

The issue facing owners today is not the sheer number of OSVs but the age and quality of available tonnage and whether owners can raise the capital to invest in newer, cleaner vessels for future offshore operations as E&Ps continue to focus on age restrictions and lowering their overall emissions,” analysts concluded in their report.

That is probably why Spetalen is on the move again: 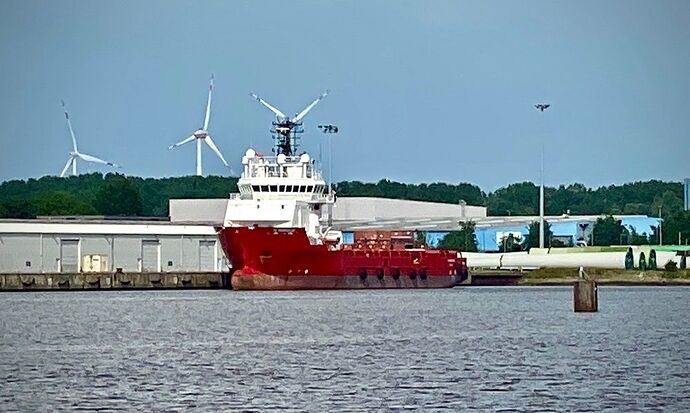 Øystein Stray Spetalen-backed Standard Supply has made an offer to shareholders in Northern Supply to acquire shares in the company with the ambition of increasing its ownership up to 51%. According to VesselsValue, Northern Supply has five platform...

Solstad is picking up more long term contracts in the Americas: 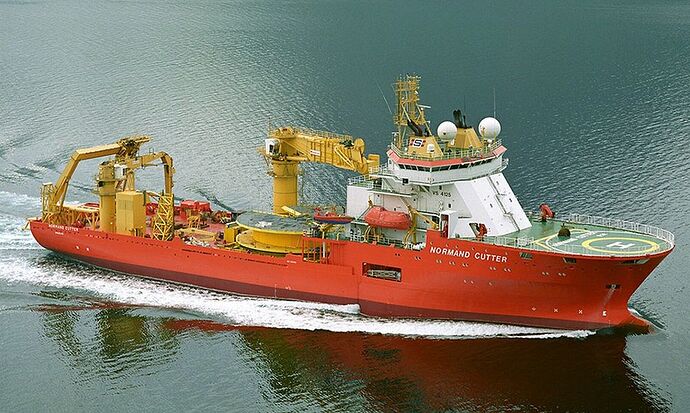 Norwegian vessel owner Solstad Offshore has been awarded a new contract and one extension for its construction support vessels in the Americas. The 2001-built Normand Cutter has been booked by an undisclosed client in South America for a firm charter...

DOF is active in the market all over the world:
https://www.dofsubsea.com/news-archive/dof-subsea-contract-awards-in-atlantic-region/

“Seacor Nile” is located at Green Yard Kleven for maintenance and minor conversion: 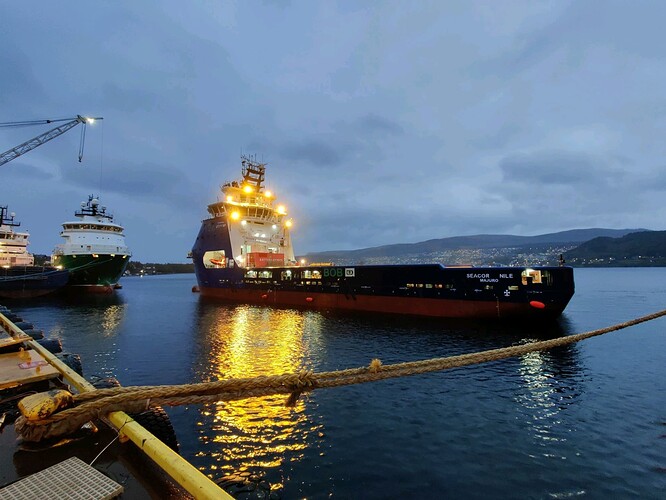 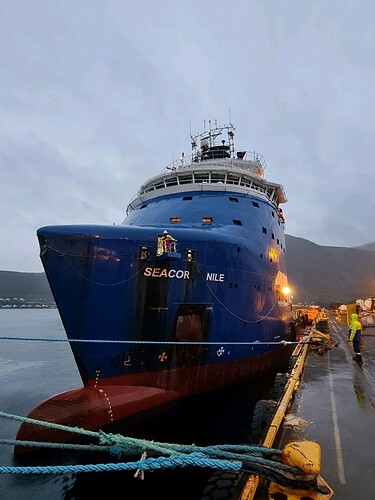 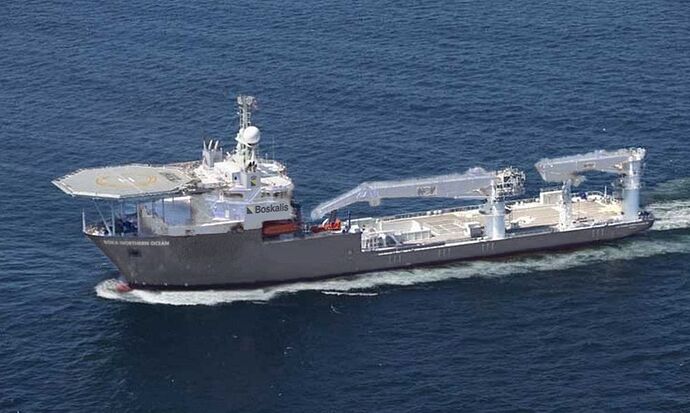 Dutch offshore contractor Boskalis has expanded its fleet with the acquisition of the 2012-built construction support vessel (CSV) from Houston-based McDermott. The sister vessel of Boka Ocean, which Boskalis picked up from the Oceanteam-Bourbon...

Away from the legacy: 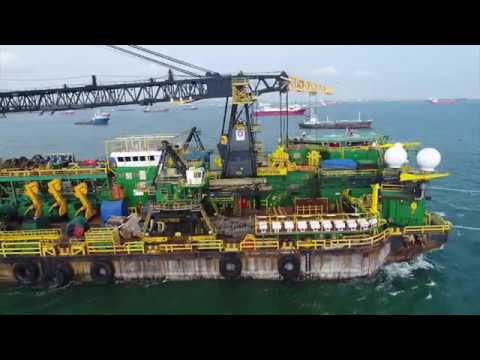 Longer term contracts are back in the GoM: 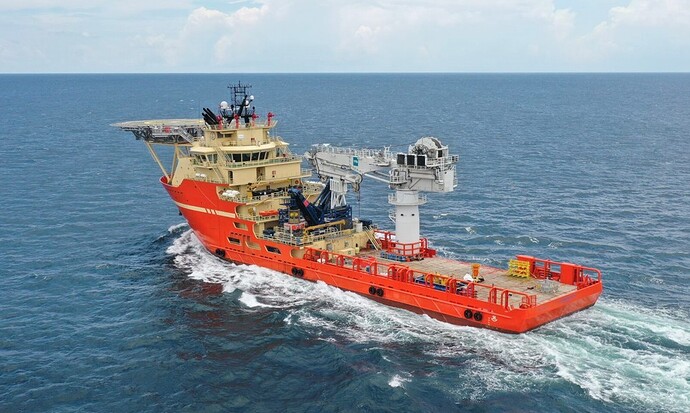 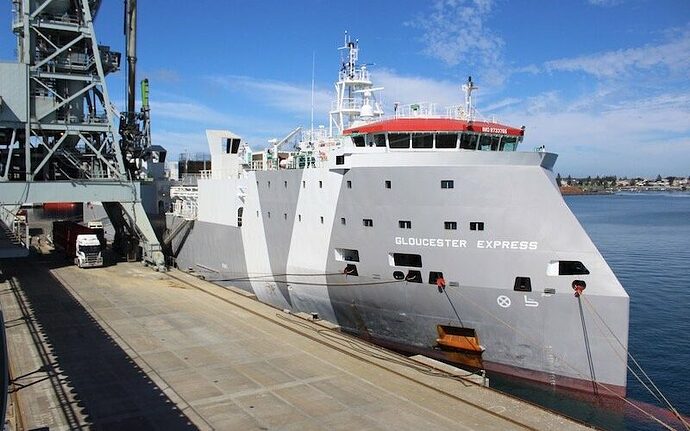 Top management at Vroon have outlined a restructuring plan with banks set to take control of one of the best known shipping brands in the Netherlands. Vroon’s banks have confirmed their intention to commit to the restructuring plan, which is planned...

Vroon’s fleet of 40 offshore support vessels will be sold over the next 18 months, resulting in a slimming down of certain offices and sea staff around the world.

Offshore market outlook for 2023, both Oil & Gas and Offshore Wind: 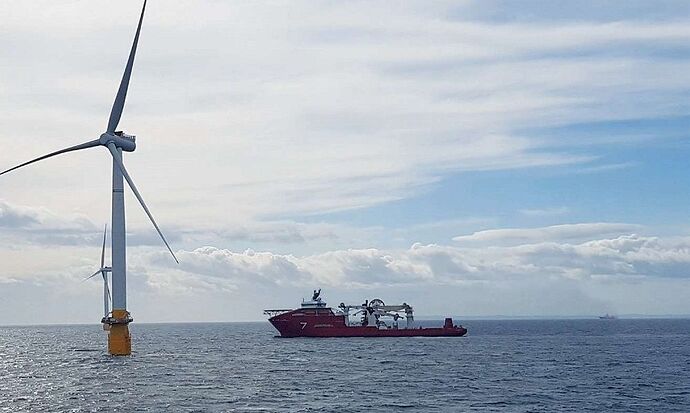 An increase in capex spending in oil and gas as well as renewables, combined with a tighter supply of active tonnage, continues to point towards greater optimism for the offshore vessel market over the course of the year. The offshore sector...

Intelatus warned that the supply of competent, qualified and cost-effective crew will also become an increasing challenge for OSV owners as years of wage pressure linked to low utilisation and market rates has seen people leave the industry. Lewis reckons that increased digitalisation could be one potential solution to, in part, address the situation.

Offshore wind
Massive investments are projected before the end of the decade for ships serving the offshore wind sector. Developers have been rushing to secure tonnage for future projects, leading to last year’s record number of offshore wind newbuild orders with nearly 50 ships, according to data from shipbroker Clarksons.

“This presents increased vessel demand in several respects, and for the CSOV segment, for example, we could see vessel demand grow more than 30% this year alone,” he said.
Floating wind projects will require large AHTSs, AHTs and MSVs. However, demand at scale is not forecast until the latter part of this decade. “There is a clear sign that supply will be insufficient, given the lack of newbuilding activity on the large anchor segment over the last few years,” Lewis concluded.

Lewis agreed that the biggest competition for vessels by both oil and gas and offshore wind in the short term will be for subsea vessels – and this is expected to continue. He reckons other segments, such a AHTSs, PSVs and heavy lift vessels will continue to find employment in offshore wind, particularly in Asia and the US. However, Lewis observes that offshore wind is rapidly developing fleets of purpose-built vessels, “and thus the use of oil and gas vessels in the wind segment will generally be of a shorter duration.” 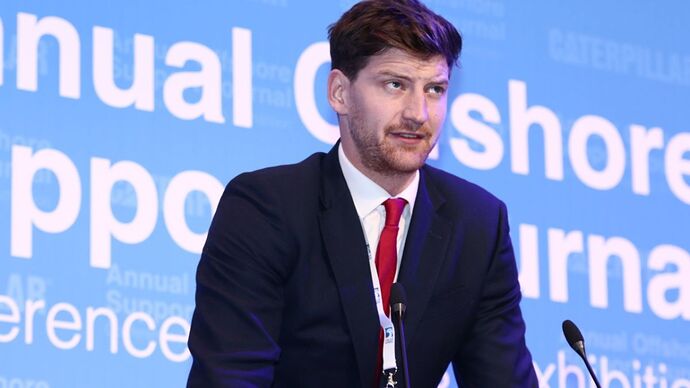 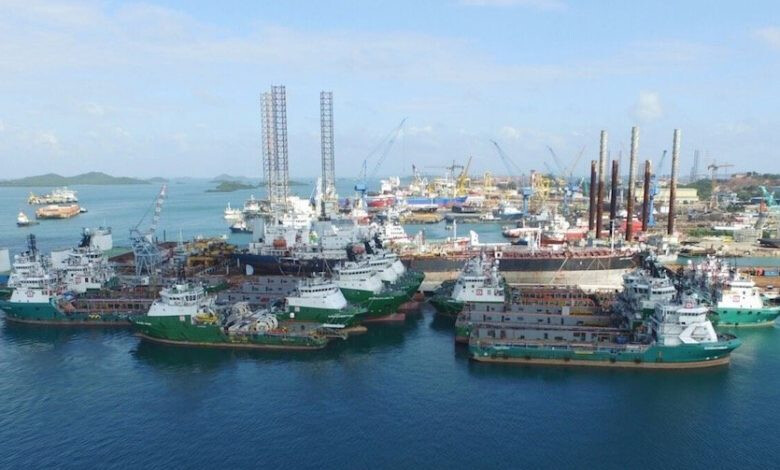 image780×470 81.9 KB
Shipyards at Tanjung Uncang, Batam in the bad days. (ASL Shipyard in foreground)
Idle OSVs and rigs and little activity on the shipyards everywhere. 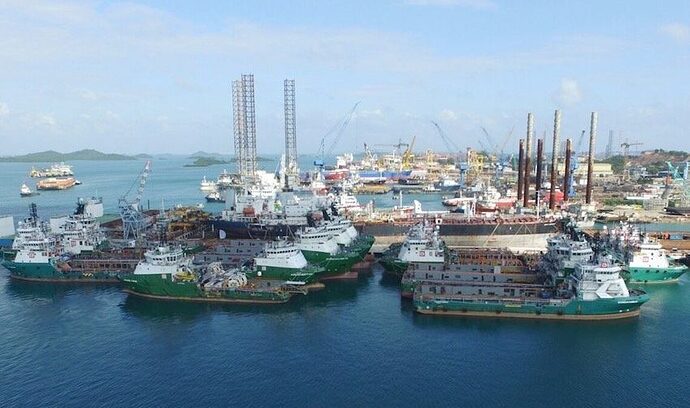 Zane Berry from MCA Consulting identifies how the offshore industry has transformed over the past decade. I was interested to understand what happened in 2014 when the oil price collapsed and the offshore oil industry, my industry, was halved...

As we cycle back into undersupply the usual the choke points for delivering the resurgence of offshore infrastructure and production needed for the growth are, of course manning and offshore hardware availability. The over capacity that has been lying in wait for the last years is fast being pressed back into service and is likely to put back pressure on the supply of services during 2023 and 2024. 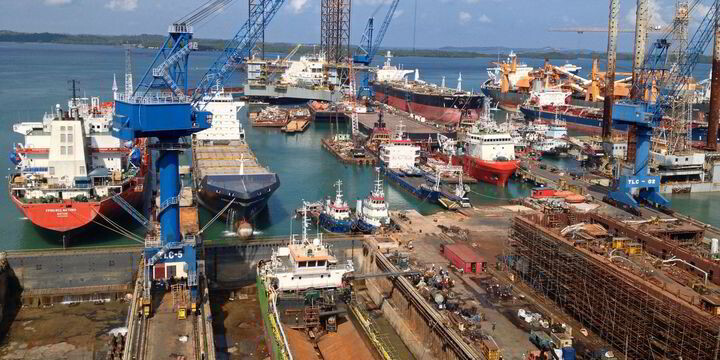