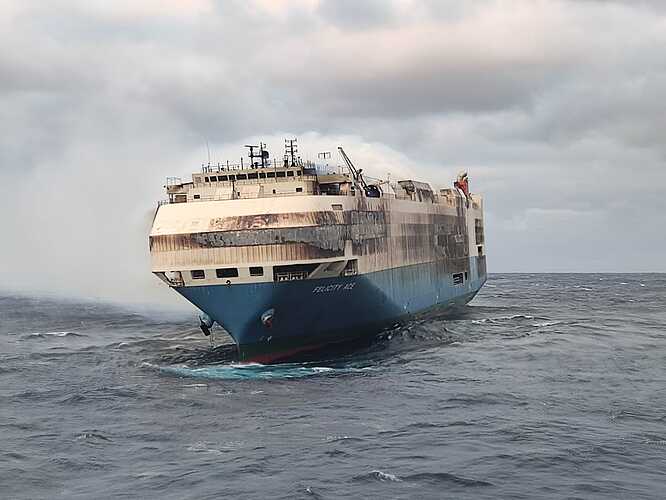 The big, boxy floating steel parking garages known in the industry as Roll-on Roll-off ships, or RoRo’s, might be more dangerous than marine insurance companies thought. By Stephan Kahl (Bloomberg)...

This is correct as far as it goes:

They are under commercial pressure with short turnaround times at port, which can result in ships sailing before the crew has verified ballast calculations or completed lashing and securing watertight doors, it added.

In more leisurely times I routinely calculated the stability as second mate but it was so long ago it was by hand. The only times I have been on a car carrier is to carry out a survey and from my observation there is no one apart from the mate free to input data into a stability program.

With the Golden Ray incident it was made to sound like a simple data entry issue but another possibility is an error with keeping track of the stability files. In this case the mate would have had several file to track, depart Freeport, added ballast for the hurricane, ballast pumped back out after and four more files for arrival / departure Jacksonville and Brunswick.

Throw in the wrinkle of changing the port sequence, the maximum draft issue and the mate is going to be doing a lot of opening, closing, saving and “saving as” of the various files, all under time pressure. Easy to make an error with file management doing that, especially with the schedule change.