Looking to relocate to Houston

Yankees love coming down to Florida and complaining about Florida and how much better NY or Ohio are.

They love to talk smack about how great things are back home and poke fun at southern ways but southerners can take comfort in the fact that no one in the south is looking forward to retirement so they can move up north.

We just moved out of California back home to Colorado - California is, surprisingly, filled with very nice people. HOWEVER - the state politics really do affect your day to day lives in really big (and NOT good) ways. That state is bat shit crazy. The only benefit to living there is if you are a resident a college degree is all but free, and boy, do they have some good Universities.

Puerto Rico is inexpensive and the best legal offshore tax haven for an American.

[quote=“Sand_Pebble, post:18, topic:53765”]
Have you experienced this with new transplants to Florida
[/quote

How is Puerto Rico an offshore tax haven?

Depends on where your pay check comes from.

Move To Puerto Rico, Slash Your Taxes To Zero? Not Exactly

I focus on taxes and litigation.

Many Americans feel over-taxed despite modest tax cuts in 2017. State income taxes can be especially annoying, particularly now. It was never pleasant to pay huge amounts of state taxes in California, New York, or anywhere else. But now that you can deduct only $10,000 on your federal tax return, there is even more lemon juice in that paper cut. Some focusing on state taxes move to tax-free states like Texas, Florida, Washington or Nevada. In places like California, leaving over taxes is nothing new, but some try to avoid California & other state taxes with trusts. Some Americans even renounce citizenship, going through an exit process with the IRS and State Department, but that is way too drastic for many people. Puerto Rico seems alluring, where advertisements suggest you don’t have to actually ditch your passport but can pay a fraction of the taxes you do now. It almost sounds too good to be true. 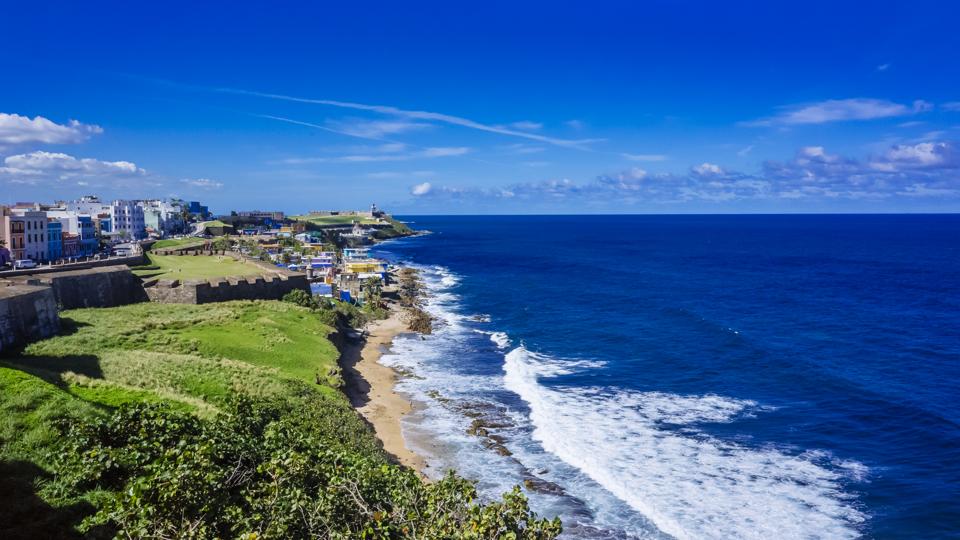 Coastline of Puerto Rico with Houses of Old San Juan960×540

After all, aren’t U.S. citizens taxable on their worldwide income? Yes, but Puerto Rico is a U.S. Commonwealth, part of the U.S. but in some ways still independent. Its tax system is a hybrid, part U.S., part not. If you can really move yourself and/or your business, you may be able to cut your income taxes to the bone. But you have to be careful. The interaction between the IRS and the taxman in Puerto Rico is nuanced, requiring some Puerto Ricans to file with the IRS, some with the Puerto Rico Department of Finance, and some with both. Still, Puerto Rico hopes to lure American mainlanders with an income tax of only 4%. Legally avoiding the 37% federal rate and the 13.3% California (or other state) rate sounds pretty good. What’s more, there is no tax on dividends, and no capital gain tax in Puerto Rico.

However, some big cautions are in order. First, forget about easily avoiding U.S. tax on the appreciation in your assets before you move. If you move with appreciated stock, bitcoin or other property, and then sell, all that pre-move appreciation is still subject to U.S. tax. Only your post-move appreciation will be subject to the special tax rules in Puerto Rico. In fact, to escape U.S. tax on all of the pre-move appreciation, you generally must wait a full ten years after you move. That is hardly a quick fix. What about selling your U.S. real estate? That will always be U.S. source income. That means it is fully taxed in the U.S., even if you move to Puerto Rico and wait ten years before selling.

There are other fundamentals about the rules too. First, as with any move, you have to actually move! Your tax home—your real home—must be in Puerto Rico. Remember, just like any move from one state to another, it has to be real. Try to avoid messy facts that don’t look like a permanent move. If possible, sell your home, move your family, sever connections to your old local clubs, and so on. After all, if you are later ruled not to be a Puerto Rico resident, the IRS is back in the picture asking for back taxes, penalties and interest.

Puerto Rico also has attractive incentives for business owners. But once again, you actually have to move the company, employees, etc.

That photograph made me think twice about Puerto Rico. But I’m not sure that relocating there as a mariner would actually make my income tax-free from federal income tax. According to the IRS:

So maybe if all my seafaring income was from within Puerto Rico. But if I was commuting to a vessel outside of Puerto Rico, it doesn’t sound like it would be tax exempt.

Yes, that is similar other articles that I recall reading about Puerto Rico as a tax haven.

Puerto Rico might be a good place for some mariners to live, claim as a tax home, and invest in. Especially, if the Mariner wants to operate a business or invest in real estate.

Puerto Rico is not for the faint of heart. Dysfunctional and insolvent government, hurricanes, and now an earthquake are significant downsides.

Billionaire hedge fund and mutual fund investor John Paulson moved to, and invested heavily , in Puerto Rico real estate, but so far, he has lost many millions.

There are several lessons to be learned. First and foremost is if your going to play the game it is best if you know all the rules. Secondly it takes money to pay for government and the services they provide. The rules on how they get it can differ but in the end the money has to be there. If there are no income taxes don’t be surprised if property taxes, sales taxes or some other tax doesn’t make up the difference. If one is lucky other people (tourists for example, contribute significantly). The revenue pie is there, how it is divided is another matter.

This is what would probably happen if a Mariner lived in Puerto Rico:

If he receives seagoing wages that are processed in The States, Federal taxes will be withheld and he will have to file and pay federal taxes.

Some mariners do live in Puerto Rico. Tax accountants in Puerto Rico have undoubtedly figured this out, and have an established routine legal way of dealing with this.

If a guy were aggressive, he might get away with quite a lot.

Regardless of whether seagoing wages are subject to federal tax, there would be no “state tax”, and business income in Puerto Rico is not taxed, nor are capital gains in stocks, bonds, real estate, etc, that accrue after moving to Puerto Rico.

Personally, I chose Alaska or Washington over Puerto Rico. If I were a younger guy, I would take a very hard look at Puerto Rico.

If you haven’t spent much time in Houston, I’d STRONGLY encourage you to do so before moving. Honestly, I can think of few places I’d least like to live. There’s little to love and lots to hate about the place, IMO. I used to work for Big Oil, and had a lot of friends transferred there. The highest praise any one of them ever gave Houston was, “it’s not that bad.” One person described Houston to me this way, “think of Los Angeles. Now take away the nice things about L.A. What you have left is Houston.” The only people I ever met who liked Houston were those who were born there.

There are plenty of places you can raise a family. Life’s too short to live in Houston. (Although the one place I can say nice things about Houston is their schools. They seem to have very good schools.)

They seem to have very good schools

That and good medical facilities. Not much else to recommend it.

I grew up in The Woodlands and can personally vouch for it being a wonderful city to live in. It’s definitely a “bubble” but it has fantastic amenities, is safe, and is close to Houston. I would move back if given the opportunity.

Looking for high ground is important in Houston. As a long time resident of Houston told me once when I finally got to his house after a flood. “You have to remember Houston was started on a termite mound in the middle of a swamp, we out grew the termite mound years ago so whatta you expect?”

Houston has:
-Hot women
-good Texas BBQ and Tex/Mex food
-party culture (Texans love to have a good time and spend money on frivolities)
-nice people
-booming economy
-expansive suburbs where large, well appointed homes can be purchase for below the national average
-the Rodeo!
-no state income tax! Money in your pocket
-every modern urban amenity, if you want that sort of thing
-cheap flights and 2 airports

Forgot to add Houston is a global center for healthcare treatment & research.

Become a Mariner use your Veteran status and sea service to obtain a job. You will have the luxury of options as far as who to work for and controlling how long you want leave home. Your a shoe in. I bet your wife wouldn’t mind you making great money and being gone for short periods of time. Beats changing diapers!

Combing two words like “you are” has to result in an apostrophe somewhere in the middle like “you’re.” I wouldn’t normally say anything but you just keep doing it.