Jones Act Call to Action - All Hands on Deck!

Over the last few days, after speaking with a number of people on the issue, it is becoming clearer and clearer to me that the current threats against the Jones Act in Puerto Rico and beyond may not be going away. That is, Jones Act could be in serious trouble the likes of which we have not seen. Of course, I don’t know what is going to happen exactly, but if there were any time to act, now is it.

Here’s what you can do…

Call your Congressional delegations (House Representatives, Senators, even Governor). If you went to an academy, call the reps where they are located. If you went to Kings Point, call your sponsor. Call McCain, call Congressman Gary Palmer (R-AL) and Congresswoman Nydia Velázquez (D-NY) who introduced a 5-year ban of the Jones Act in Puerto Rico.

Tell them you are a Jones Act mariner and explain to them what you have done with your career. Tell them how the Jones Act helped and supported you along the way.

I cannot stress how serious these current threats are. Now is the time to act.

If you are confused about the issue of the Jones Act in Puerto Rico and its impact, watch the videos in this post: http://gcaptain.com/us-maritime-industry-dispels-jones-act-misinformation-in-washington/

Don’t even read what I wrote, just scroll down and watch the videos.

It’s a ploy. Theater. It sells papers and draws campaign contributions from both sides. Best of all it only takes a little talk to bring on the money - no results are actually required! Contributions are down now days owing to the disappointment of the far left/right on the way things have been going. So now they ring the little bell and the dumb dogs salivate.

This time you’re the dog.

Nothing manages to pass Congress these days. Even if it did, Trump won’t sign it.

Well, I’m hoping you guys don’t have imbeciles for senators like I do. Just got the following back from Senator Cotton from my letter to protect the Jones act… frickin’ moron.

Thank you for contacting me about the hurricane recovery efforts underway in Puerto Rico. It’s good to hear from you, as always.

Like you, I watched in horror as hundreds of thousands of our fellow citizens endured one of the worst storms in our history. I’m grateful for the courageous efforts of our first responders, military service members, and others on the ground providing relief to those without food, water, and electricity. These first responders continue to perform bravely and skillfully, as always, but what is striking about the events in Puerto Rico is how ordinary citizens have answered the call to duty. In the wake of horrific events like this, Americans time and again have proven themselves to be a brave and compassionate nation as so many make personal sacrifices to help those in affected communities.

As President Trump highlighted during his visit to San Juan, the Federal Emergency Management Agency (FEMA) and associated U.S. federal agencies have already begun their efforts to deliver aid and resources as the residents of Puerto Rico begin to rebuild their communities. I look forward to working with my colleagues in the Senate to ensure that these federal agencies receive the resources that they need. And, as always, I will keep our fellow Americans in my thoughts and prayers as they face this unprecedented situation.

I’m honored to serve as your senator. You, your family, and our state will remain on my mind and close to my heart in my work. Always feel free to call my office at (202) 224-2353 or visit www.cotton.senate.gov. Be sure to drop by my office and say hello if you ever visit our nation’s capital.

let Crowley and TOTE spend the capital to fight to protect their turf…Lord knows they will get listened to as opposed to us miserable unwashed mariners who have no voice at all in Washingtoon.

someday there just might be an association of us who’s combined voice might become loud enough to be heard but as it is we are so small as to not even register a lousy form letter from our “esteemed” representatives to the Congress.

Cut them loose and they won’t need to be concerned with the Jones Act anymore.

And we won’t have to send $20+ billion a year down there either.

Well, I’m hoping you guys don’t have imbeciles for senators like I do.

If your letter was accompanied by a $10,000 campaign contribution you probably would have got a better form letter.

Anyone other than a major contributor is the real embecile, it was the little embecile vote that put him in office.

Wanna really get pissed off? Think about the fact that the douchebag congress critter can and does solicit and accept contributions from every state and corporation. But, if you try to contact one of them via their website you must have an address in his district in order to leave a comment. What does that tell you? Comments and input from voters walk while legalized bribes do all the talking.

Limit campaign contributions to $500 per voter. Even a billionaire has only one vote and should be limited to $500 of his or her own money toward the campaign. Prohibit anyone who is not registered and legally allowed to vote for a candidate from contributing a dime, prohibit PACS. Corporatations are not people and cannot vote so should be banned from contributing money to any politician. Make campaign funding fraud and bribery a felony and ban those convicted from ever being involved in politics at any level. Drain the DC sewer, give government back to the voters.

Seen Cotton’s, hell no probably one of the apprentices in the office, reaction they didnot even bother to read your letter. Just marked it with 15 or something indicating the ‘relevant’ form letter to be used, Job done, next… It really is an insult to an intelligent voter. Most politicians are rats only caring for their own comfort and profit, same here.

He would probably sign if somebody told it it was Obama’s idea.
(Never mind that it is a 100 year old Law)

As far apart as we are on the political spectrum I agree with you 100% on this.

Politicians and “journalists” (talking heads) on both sides are now trying to shame us into saying nothing. We get paid too much and that hurts those poor folks, dontcha know. “Its for the CHILDREN!”

I’m going to ping my freshman Congress critter and with no doubt I expect a smarmy guilt trip telling me that I should gladly sacrifice my job and go work swabbing the restrooms at Walmart so that Juan and Carmen can save a tenth of a penny on a gallon of diesel.

I am getting angry, and I’m afraid it’s at the wrong people.

The US Shipbuilding industry is totally behind you on this: 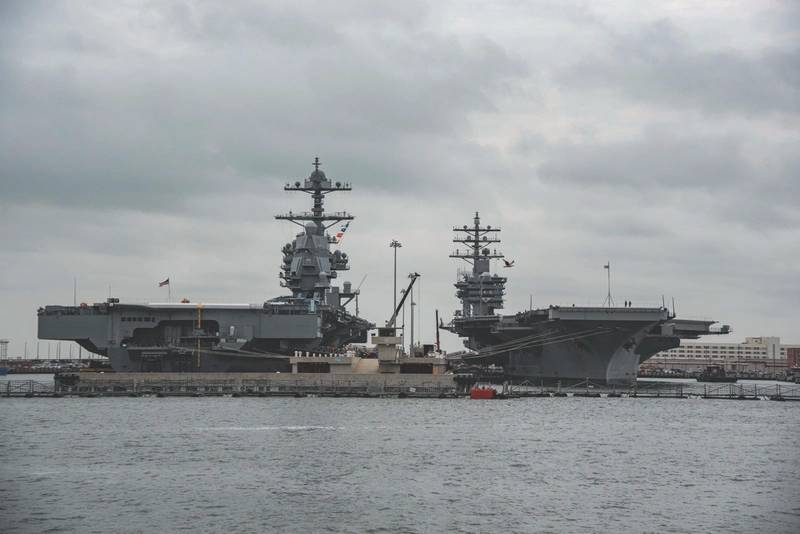 US Shipbuilding: The Road Ahead

Matt Paxton, president of the Shipbuilder’s Council of America, shares with Maritime Reporter & Engineering News his insights on…

The pilots’ union contends that regional airlines would have plenty of starting pilots if they paid an average of more than $30,000.

It’s actually significantly harder to become a professional pilot as there are no academies and no hawsepipe. The closest thing is joining the military and to do that you have to go to an Academy in order to be allowed to “hawsepipe”.

The pilots’ union contends that regional airlines would have plenty of starting pilots if they paid an average of more than $30,000.

That and end the serf like working conditions common to regional airline scheduling.

I was a captain for one of the largest and most prestigious regionals in the US before going back to sea during the Gulf War (and making more money in 3 months than I did in a year as a left seat line-swine) and could almost live on the salary but our flight attendants were eligible for food stamps.

It is hard to live on image and glamour alone. We had a joke about a guy who showed up at a bar every night around midnight stinking like an outhouse at a rock concert. He did this for months before the bar tender finally asked why he smelled so bad. The guy said he worked for an airline and it was his job to empty the waste tanks and sometimes the hose connection would leak on him. The bartender asked why he kept a job like that and they guy said, “what, and leave the airline industry!”

That used to be all it took to get such a glut of applicants that salaries could be kept minimal and the hordes would still show up.

It’s actually significantly harder to become a professional pilot as there are no academies and no hawsepipe.

What about Embry Riddle down in Florida? Not cheap but a way to get into the commercial side.

Not cheap but a way to get into the commercial side.

It’s a structured way and I guess it makes it a little more affordable via financial aid, but I can’t imagine that’s any cheaper than just paying for lessons and renting a plane to get hours.

It’s actually significantly harder to become a professional pilot as there are no academies and no hawsepipe. The closest thing is joining the military and to do that you have to go to an Academy in order to be allowed to “hawsepipe”.

What about Embry Riddle down in Florida? Not cheap but a way to get into the commercial side.

If you look many colleges have courses tailored towards aviation yes you have to pay for flight time but plenty of opportunities exist. Also many JC’s have A&P classes way more than the maritime side of things.

One of many flight academies: atpflightschool.com
and hawspiping is getting a private, commercial, multi engine, CFI, CFII, instructing until you get on with a charter outfit, log plenty of time and keep pushing until you’re flying jets.