Summary version: Modern aviation is so incredibly safe because aviation has been so thorough and unsparing about facing and learning from its errors.

An under-appreciated miracle of modern society is how safe and reliable developed-country airlines have become. On a statistical basis, being aboard a North American or Western European airliner is about the safest thing you can do with your time, compared even with taking a walk or sitting in a chair1.

From your link KC.

“My point for now involves the aviation world’s relentless, unsparing, de-personalized, and highly systematized insistence on learning from whatever makes the system fail.”

Yet, we have anecdotally been informed that the NTSB will not be publishing a report on the grounding of the “Ever Forward”.

Containers on containers apparently do not.

the NTSB will not be publishing a report on the grounding of the “Ever Forward”.

Someone “important” must be rescued from an abundance of embarrassment.

“Lessons not learned in blood are soon forgotten”. 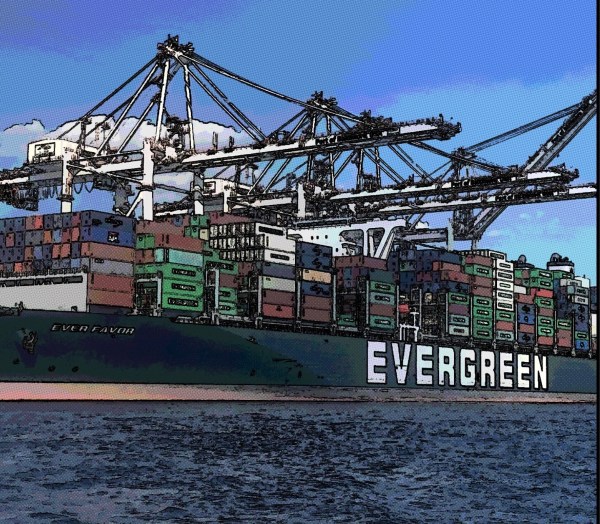 Ever Forward: Where are the Lessons Learned?

“Lessons not learned in blood are soon forgotten.” MV Ever Forward grounded in the Chesapeake Bay south of Baltimore on March 13, 2022.  The vessel was refloated on April 17 after 206,2…

The Ever Stuck was a minor nuisance to sail around and a minor sightseeing distraction for drivers on the Bay Bridge.
An airplane you might be on crashing into a house you might be in gets a lot more attention!

A small plane crashing into and getting stuck in a power line pylon in MD on Sunday has gotten far more coverage than the Ever Forward got.

It’s a common difference between accidents at sea and those on land unless one at sea involves a large number of passengers. The commercial fleet is out of sight and consequently out of mind.
Airplane crashes are extensively covered by the media and also have a visceral effect on the public.

Perrow’s book Normal accidents was written almost 40 years ago but has a chapter on both aviation and marine transportation. 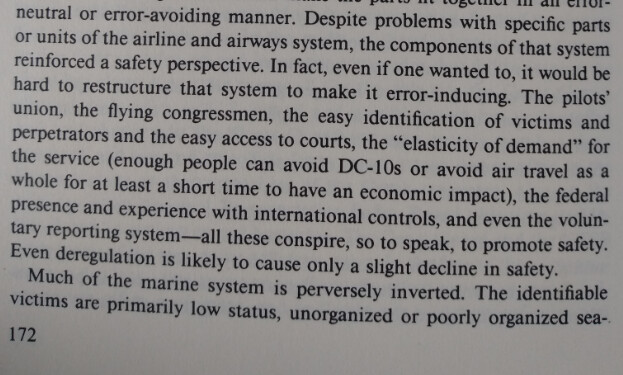 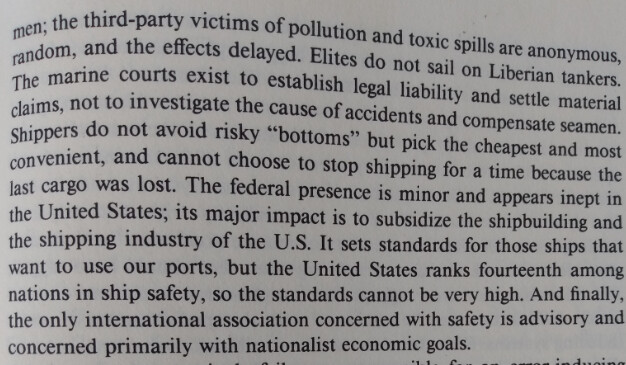 Perrow again on the role of the captain, from the same book.

The problem with getting rid of “authoritarian structure” is you also get rid of freedom of action to preserve life and property as well as risk it.
One of the big deals in teaching people to fly is making sure they understand that only God outranks them once they sit in the left seat, they can do what they have to do to survive and worry about who they pissed off later once back on the ground.
Sure we all go to the CRM class and take everyone’s concerns into account and don’t just tell the copilot to shut up, but it isn’t his ticket on the line, it is mine and my choice in the end.
Part 121 airlines put a lot of procedural and cultural firewalls between management pushing pilots to get there or get to the unemployment line and the flight crews, so a United Airlines pilot is rarely going to be tasked with a kamikaze mission and knows he can turn it down and still be employed the next day. THAT is what is missing from maritime activities, not that the skipper isn’t actually the skipper any more.
IMHO

… knows he can turn it down and still be employed the next day.

Not when the number of pilot employment apps is longer and growing faster than the line at the ticket counter.

At the low budget places I worked for…sure, you are out the door if you don’t take a flight. That customer needs that plane delivered to that city tonight and you are doing it. If it leaks oil buy some more, if it doesn’t that means it ran out.
121 airlines in the first world are NOT like that. To send off a dangerous flight, first management has to get the dispatch office to agree to it. They very well may not. Then they have to get the crew to fly it,who may well tell them where to stuff their flight plan. If management says “Well then you’re fired” they will quickly find out they need to replace ALL their pilots, not just one or two. The union will be out on strike and filing grievances left and right.
THEN “pilot fired for refusing to fly plane with broken radar through a hurricane” or whatever gets on the news and the general public freaks out.

We are not talking about the majors here, we are talking about regionals and 135 operators. Even otherwise respectable 121 operators keep track of who says no a little too often and they have ways of handling those folks.
I can assure you that management (whoever you mean by that) does not confer with dispatch or maintenance control about the wisdom of launching a flight. There are no “dangerous flight” plans, if the captain says no way and the weather or mechanical status backs him up then that is it. If the weather is legal to fly and/or the minimum equipment list allows launching with a failed part then the flight goes.
It’s not complicated or mysterious.

The problem with getting rid of “authoritarian structure” is …

Perrow doesn’t say get rid of it, he says it appears to be inappropriate for complex ships in complex situations.

There’s a basic psychological difference between ship captains and airplane pilots. Pilots deal with small crews of highly motivated individuals doing jobs that are not physically taxing, over short periods. That’s a simplification of course.

Contrast that with a boat captain who has to deal with a larger crew, consisting in part of poorly motivated sailors, sometimes with rough or violent backgrounds, doing work which is sometimes exhausting, for weeks at a time.

The result tends to incline ship captains to a more authoritarian mind set. They will have had more occasion to drive or intimidate poorly motivated crew, and malingering crew, to do things they would rather not do, more often, compared to a pilot.

Any experienced sea officer carries a mental list of violent, drunken, malingering sailors they have had to make-do with on a voyage, and who they motivated by sheer force of will, and, on rare occasion, physical intimidation.

All of which molds the psyche of a ship’s captain differently than that of a pilot. In many maritime trades the ship’s captain must be more authoritarian and harsher than a pilot, and less inclined to seek consensus from their crew, a mindset which bleeds over from the crew-handling aspect of the job to the navigation-decision making aspect.

This fundamental difference in psyche often goes unnoticed by researchers, who haven’t lived the life.

On a statistical basis, being aboard a North American or Western European airliner is about the safest thing you can do with your time, 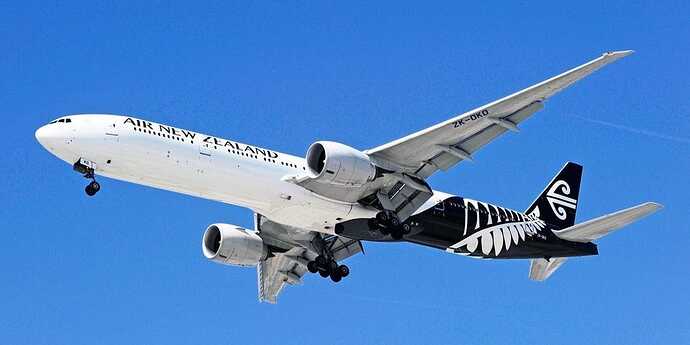 The top 20 safest airlines in the world, according to experts

There were several ranking shifts in 2022 compared to 2021, most notably was Qantas losing its crown to Air New Zealand.

less inclined to seek consensus from their crew,

Not sure what is being said here but I would not seek consensus from the crew. Can’t think of a scenario where that would be the case . Perhaps something else was meant.

The crew on an airplane that one would get consensus from is between just yourself* and maybe 1-5 other people if you include relief pilots. I can’t imagine the cabin crew getting polled on attempting an ILS or something.

91 and 135 ops can range from better than any airline to suicide missions in flying junk flown by pilots that know they can be fired any day, so you get quite the range there!
When I worked for XXX major airline learning the ropes as a new guy, I got a rotation in the dispatch office. Back in the day we did this on paper, we had a form to fill out to get the weight and balance right, not only was this critical for the usual reasons but a 737 or 727 needs the trim setting precalculated too. We double-checked the flight plan for fuel reserves and weather too. The flight could not legally take off without us signing off on it. Management being management they tried roundabout ways to hint they wanted better on-time, less fuel used, or whatever, but to actually get a blatantly unsafe flight off the ground they would have had to get it by me first before the pilots even entered into it.

The opposite is: democratic liberal lenient permissive

But the choice for the captain is not be a tyrant dictator or the opposite. A plan is made and is evaluated. If crew members have reasonable objections to the plan they voice those objections and the captain evaluates. If the objections are valid then modify the plan accordingly. If not the plan stays the same.

For example if there is in fact another 747 hidden in the fog on the runway it’s worth taking 60 seconds to check.