The navy has launched search efforts to find the vessel, which has 53 people on board.

Normally a submarine during exercises will signal before diving and on surfacing. If the sub is late signalling at an expected surfacing time, the submarine missing (SUBMISS) protocols are activated - something presumably exercised regularly. That would involve all appropriate ships to the area for searches by sonar and by explosive sound signals for the sub to release smoke candles, flares or her indicator buoys.

If the water is too deep - beyond crush depth, there’s not much hope of good news as it is most unlikely it is simply disabled in some way and unable to surface by blowing ballast.

This area should be a regular place their submarines exercise close to the main base at Surabaja. So ships equipped with sonar would be on the scene quickly.

I read in a different article that the sub was doing torpedo testing. I wonder if it suffered the same fate as the USS Tang?

It is quite rare to fire warhead torpedoes in exercises. Noting USS TANG sank herself with an errant torpedo.

Lots of things can go wrong in submarines. Who knows what it was. Their safety depends on the skill level of the crew and the physical readiness of the sub itself. My experience of Indonesian naval operations might suggest either of those could be involved here. I just don’t know.

If the water is too deep - beyond crush depth, there’s not much hope of good news as it is most unlikely

From the position indicated in the BBC report this happened on the shallow side of the Wallace Line.
In this area the water depth increases rapidly eastward of the shallow Java Sea however.

Indonesian navy searching for missing submarine with 53 on board; oil spill...

JAKARTA: Indonesia's navy is searching for a submarine that has gone missing with 53 people on board, the country's military chief Hadi Tjahjanto ...

KRI Nanggala was ordered on 2 April 1977. The ship was designed by Ingenieurkontor Lübeck in Lübeck, Germany, constructed by Howaldtswerke-Deutsche Werft in Kiel, Germany and was sold by Ferrostaal in Essen, Germany – all acting as a consortium.
The ship was laid down on March 1978 and was completed on 6 July 1981.
The ship was inaugurated for usage by Minister of Defense and Security by General M. Jusuf on 21 October 1981.

In the area where it disappeared the water is reportedly around 700 meters (2,300 ft) deep…

It is quite rare to fire warhead torpedoes in exercises. Noting USS TANG sank herself with an errant torpedo.

While firing warshots was not an everyday thing, it is or was not uncommon. Note that torpedo technology has improved considerably since 1944. They are no longer “dumb” weapons.

I didn’t see a position but let’s hope that she was close to Kepulauan Kangean or two the west of the group because the water deepens to more that the crush depth to the East.

An oil slick (not a ‘spill’ as has been described) may indicate fatal damage to the sub. I don’t hold any hope for good news.

It could also be that oil was released deliberatly to indicate position of the sub.
Lets hope the last.

The submarine rescue vessel is estimated to arrive at the search area on April 24.. Read more at straitstimes.com.

Unfortunately she is not all that swift. ETA off Bali tomorrow.

JAKARTA: An Indonesian military spokesman said 25 ships have joined the search for an Indonesian submarine which went missing during a military ...

Indonesia steps up search for missing submarine with hours to go before air...

Saw that earlier bug, there is still a slim chance if the water is that shallow, and that is the subs location. Fingers crossed.

A floating item with a “high magnetic force” was found 50m to 100m deep,

Could be a messenger buoy at the end of its cable. I can’t remember the length of the cable but I don’t think it is more than a couple hundred meters. If that is what is floating at 100m then the boat could be at 500 meters or more.

At this point survival is extremely unlikely.

You are correct. The submarine marker buoy cable, if my memory serves me correctly are about 120 metres in length.

The fate of the submarine and its crew is sealed now that debris coming from the inside of the sub has been found which is proof of a cracked hull.

Debris From Indonesian Submarine Is Found, Dimming Hopes of Rescue

Search teams from several countries had been looking for the navy vessel, which sank near Bali with 53 people aboard.

A scan detected the vessel at a depth of 850m, well below the survivable limit, the navy says. 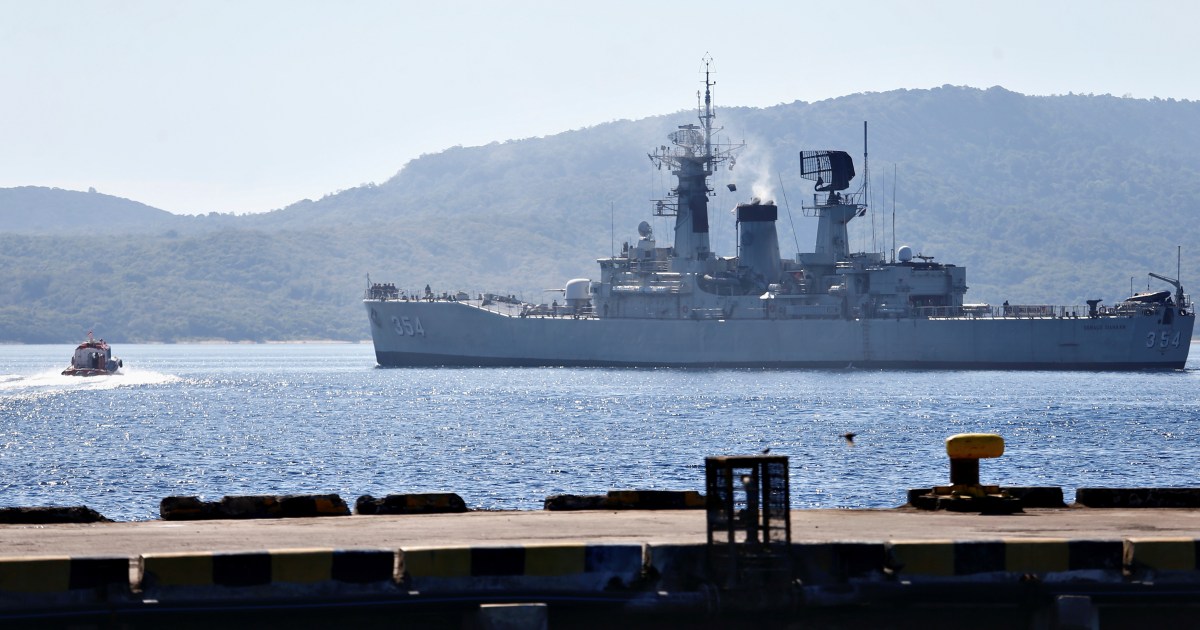 A scan detected the submarine at 850 metres deep – well beyond its survivable limits.

“If it’s an explosion it will be in pieces. The cracks happened gradually in some parts when it went down from 300 metres to 400 metres to 500 metres. If there was an explosion, it would be heard by the sonar,” said Margono, adding no bodies were found so far.

I suppose that an inspection with a ROV could shed some light on what the cause of this tragedy was.

By Nilufar Rizki (Reuters) – A missing Indonesian submarine has been found, broken into at least three parts, deep in the Bali Sea, army and navy officials said on Sunday, as the...