This according to BBC News: 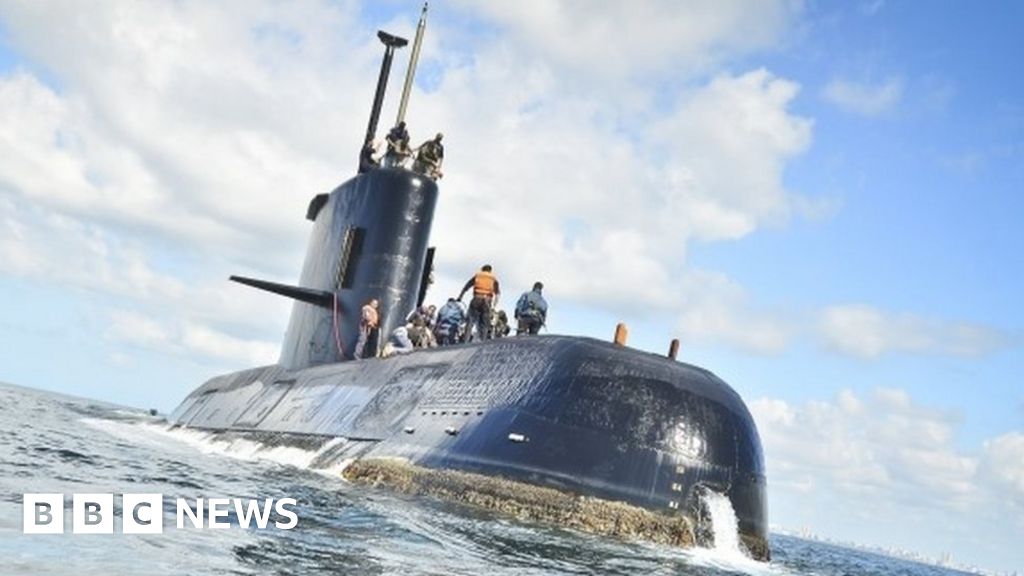 Search stepped up for missing submarine

A Nasa research plane joins the search for the vessel, now missing in the Atlantic for three days.

God be with those men and their families. Those have got to be fairly old boats with a small maintenance budget.
Any bubble heads out there with the quick scoop on what the Argies have in the way of boats? I imagine old German, Swede? and maybe French?

The missing boat is the newest of the three and finished a major refit in 2013.

Traitor Yankee… Thanx, I could not open the article.

Search stepped up for missing submarine

A Nasa research plane joins the search for the vessel, now missing in the Atlantic for three days. 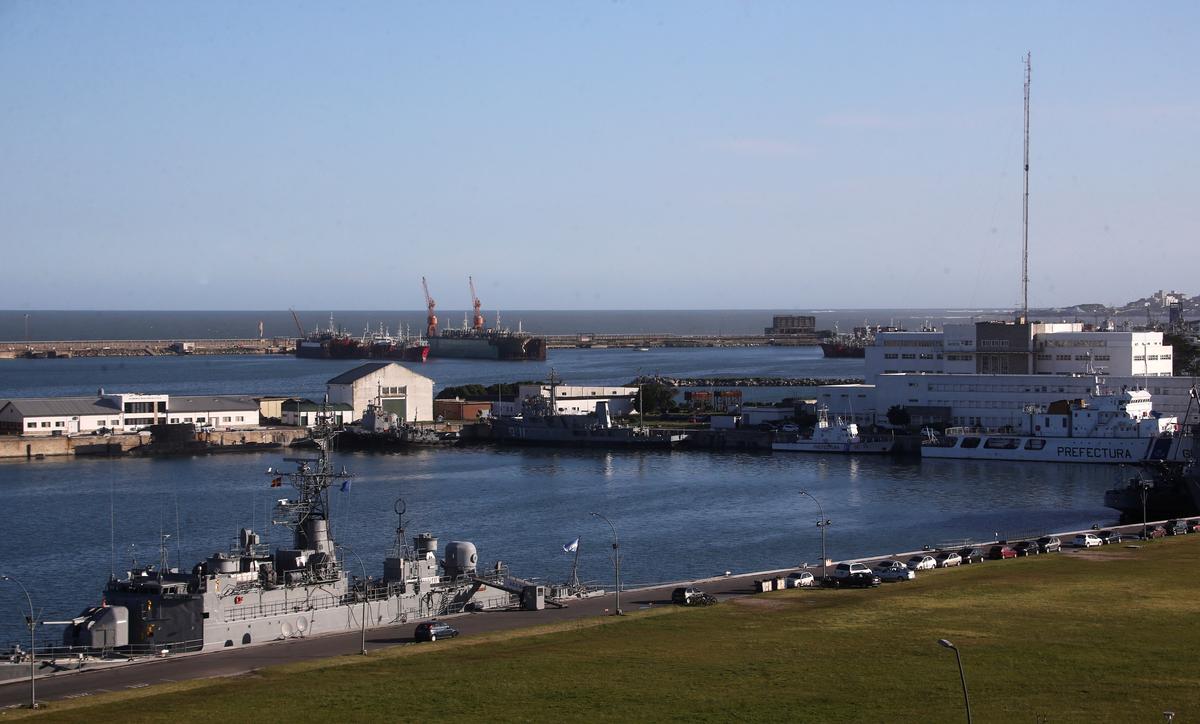 Hopes that 44 crew members of a missing Argentine navy submarine may be found al...

The Argentine Navy said it ordered “all terrestrial communication stations along the Argentine coast to carry out a preliminary and extended search of communications and to listen into all the possible frequencies of the submarine.”

The US Navy said it was helping. It planned to deploy a P8-A Poseidon maritime aircraft to Argentina on Saturday, the US Naval Forces Southern Command.

The 21-person US crew had been in El Salvador supporting “counter-illicit trafficking patrol operations,” the agency said in a statement. The aircraft also had assisted in a search for a South Korean ship that sank in April in the South Atlantic, !! that would be consistent with the Stellar Daisy !! and more recently, it was sent to Dominica in the aftermath of Hurricane Maria.

NASA also will help in the search with a P-3 Orion aircraft, agency spokeswoman Katherine Brown told CNN. She said the US plane was “already in Argentina on a scientific mission.”
The P-3 is a turboprop aircraft capable of long-duration flights, according to NASA.

I have no idea where these supposed satellite signals are being generated from? Floating EPIRB? Bouy down to the sub on the bottom? surely not from a sub on the surface…

I believe the submarine is down and the only hope is that she rests on the bottom well above crush depth so that there might be a hope for a rescue to occur. If a crew is brought to the surface from a sunken boat then it will be a historic event because I am at a loss to recall any other sunken subs where a crew was saved using a DSRV

The only other successful rescue I am aware of is the Pisces V submersible. 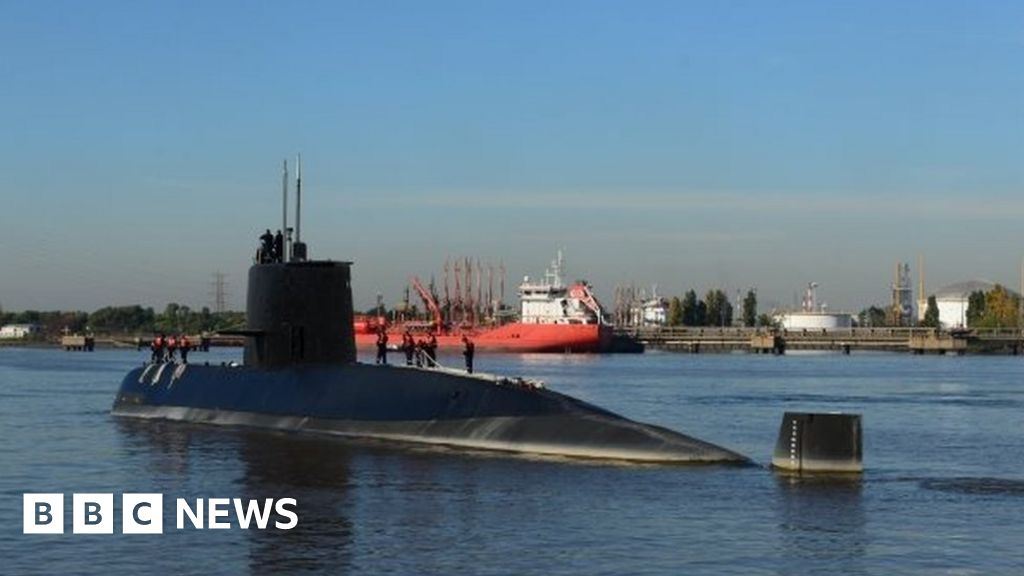 The Argentine navy boat vanished off the coast last Wednesday and no trace has been found.

The DSV Skandi Patagonia will take part in the search for the missing sub:

She is presently in Comodoro Rivadavia to take onboard equipment before joining the search tomorrow: Could noises heard be from the sub???:

Mystery sound 'did not come from missing sub'

The “noise” was heard in the South Atlantic about 220 miles (360 kilometers) from the Argentine coast and at a depth of about 650 feet (200 meters), Balbi said.

What is the crush depth of this sub???

According to this wikipedia article the max working depth is 300 m.:

The TR-1700 (Santa Cruz) is a class of diesel-electric patrol submarines built by Thyssen Nordseewerke for the Argentine Navy in the 1980s, with two submarines completed. These ships are amongst the largest submarines built in Germany since World War II and are among the fastest diesel-electric submarines in the world. ARA San Juan was lost on 17 November 2017, leaving ARA Santa Cruz as the only remaining submarine of this class. The original 1977 plan called for six boats, two TR-1700s built in...

Its quite frustrating reading the poor news sources reporting this story. According to Wikipedia the max depth this sub can go is 300m but non of the news reports say what is the depth in the area that it was operating. It appears that it may have had problems with its batteries but surely this would not have stopped it releasing a EPRIB either from the surface or subsea. If it surfaced I’m sure it would have been very uncomfortable in 20 ft waves and it would have wanted to submerge once it thought it had found a suitable fix to the battery problems. If its on the bottom disabled I can only hope and pray that those guys are rescued before its too late.

It is my opinion that the water depth that the search is currently being performed in, is greater than 300m.

One wonders if, when surfaced, they were pinging AIS?

Given the parlous state of their navy one wonders why it went to sea?

Skandi Patagonia left from Comodoro Rivadavia at 1404 hrs. L/T yesterday and will arrive in the search area sometime today:

She carry a rescue chamber able to reach 260 m. WD and holding 6 pers.:

If the sub is located on the shelf there may be a hope, but anything deeper than 260 m. is outside reach of the rescuers.

The Skandi Patagonia is on charter by the US Navy and carry their rescue equipment and personnel:
http://www.ellitoral.com/index.php/id_um/159947-infografia-asi-es-el-minisubmarino-preparado-para-el-rescate-7-dias-sin-comunicacion-con-el-ara-san-juan-nacionales.html?utm_source=relacionadas

A second Norwegian vessel, the PSV Sophie Siem is also engaged by the US Navy to take part in the rescue mission. She will carry a mini submarine and decompression chamber on board: