I just searched again and can’t find anything.

I think a greater power is putting a ‘hush hush’ on things. There were pictures on social media out there of the damage. Can’t find them now.

Why does everyone keep bringing up the shipping lane? It wasn’t a traffic separation scheme and he got hit on the port side.

This is really odd. Why would a captain “looking at his phone” not make the normal news headlines? If an airplane pilot packed it in, while on tinder, I would expect that to be national news. Did this actually have a collision? There are no photos on the web of this incident.

Definitely a collision, when it was being towed out of fourchon, the hole in the port quarter of the OSV was big enough to drive a car through. (A dodge neon probably.)

He means the safety fairway. Ships can’t really go outside of it but a crewboat certainly can.

We saw her being towed out of slip C not my pics I clipped from social media before the post was removed. 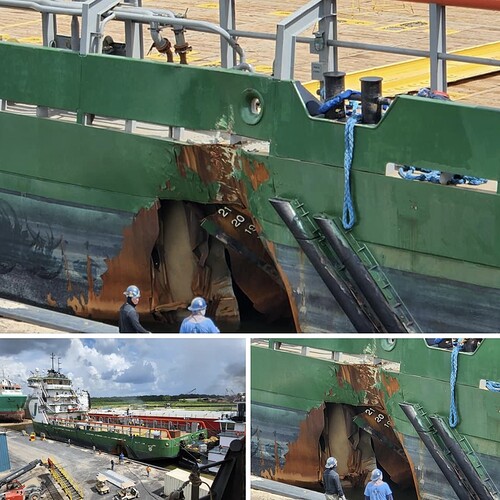 I think a greater power is putting a ‘hush hush’ on things. There were pictures on social media out there of the damage. Can’t find them now

“Can’t really go out of it”? What the hell does that mean? Are you saying he was constrained by draft or was restricted in ability to maneuver? No crewboat was involved in this accident and all vessels are required to maneuver by colregs.

I know what you’re saying: that both vessels regardless of geographical location are bound to avoid a collision.

You’re not from the US I take it? Or at least have never been in the Gulf of Mexico?

The Gulf is full of safety fairways, laid out for large vessel traffic to be able to maneuver safely, without having to dodge one of a million oil rigs and platforms. They are 2 miles wide. Safety fairways take you to all of the major Gulf ports. Sort of like ship highways.

Ok so the “supply boat,” not crew boat (close enough) spends his days running around those oil rigs and platforms, and is not required to stay inside the safety fairway.

Typically in the Gulf, the small boat traffic stays out of the way of the big ship traffic. This guy tried to cross the bow of a ship and didn’t make it. If the ship was towards the edge of the fairway and couldn’t maneuver to starboard because it would take them out of the fairway or would have to go around an oil rig, well there you go.

All the purple lines are the safety fairways.

Yea I’ve spent a day or two in the Gulf and many of these fairways are in open water with absolutely nothing around them and plenty of water depth too. So you’re saying that a ship in the fairway is relieved of his duties to follow the rules of the road?

I’m saying hardly any ship will get out of the fairway. They’re there for ships. Not OSVs.

A ship couldn’t maneuver to avoid a collision because he would leave the fairway or have to go around an oil rig.

Yea. That’s exactly why the fairways are there. So the ship doesn’t have to go out of them and around an oil rig. And then hit some unmarked underwater piece left over from when they decommissioned some old piece of shit.

Plus the rule of gross tonnage applies here. Little guy get off the phone and GTFO the way.

Does anyone have a Marine Traffic or similar subscription and can view the track line and vessel traffic history around 1900 UTC on July 23rd?

I also looked at the USCG incident and contact record online database and don’t find either of the names vessels listed.

Plus the rule of gross tonnage applies here.

You should take the time to read Farwell’s, and the discussion therein about these safety fairways. 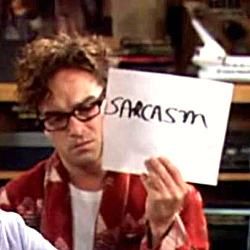 Departing the fairway is not ideal but it can certainly be done to avoid a collision. I will be interested to read this collision investigation.

Departing the fairway is not ideal but it can certainly be done to avoid a collision.

It depends on where they were.
There are certain parts of the Southwest Pass Fairways where going outside of it would not be possible at all due to the proximity of rigs/platforms.

I’ve seen her heading to and from Mississippi Canyon so I’m guessing (wildly) that area was where the collision occurred, either heading East or West.

If so I’m sure they will assign a portion of the blame to the OSV and a smaller portion to the ship respectively, if I had to guess, because there’s never a vessel 100% at fault even if you were anchored and someone runs into you…

What actions were possible and taken or not by both vessels, who can say? but rule 9 should have applied if it was indeed in a fairway but nobody seems to know.

I haven’t seen a single report after searching the usual maritime sites websites other than fleetmon.

I hope an investigation is conducted with root cause.

Its highly obvious that the damage done exceeds the threshold that the authorities must conduct an investigation.