Oh what a beauty!! Is it an amusement park w/shopping and hotel facilities??: 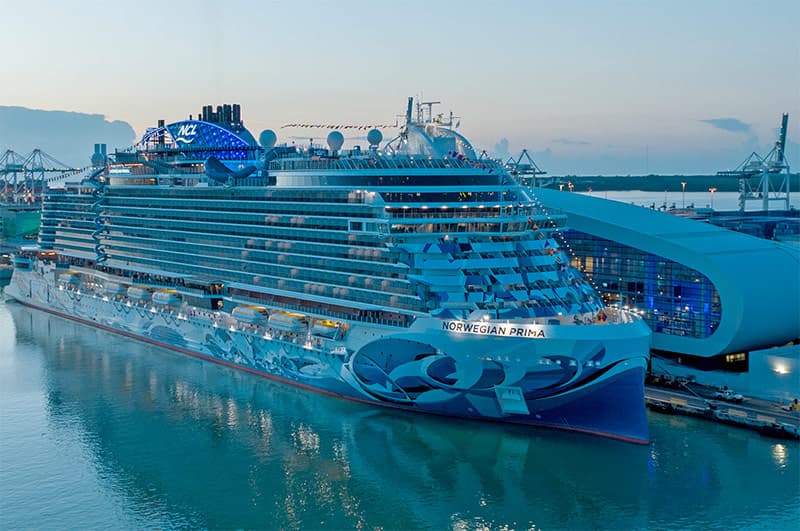 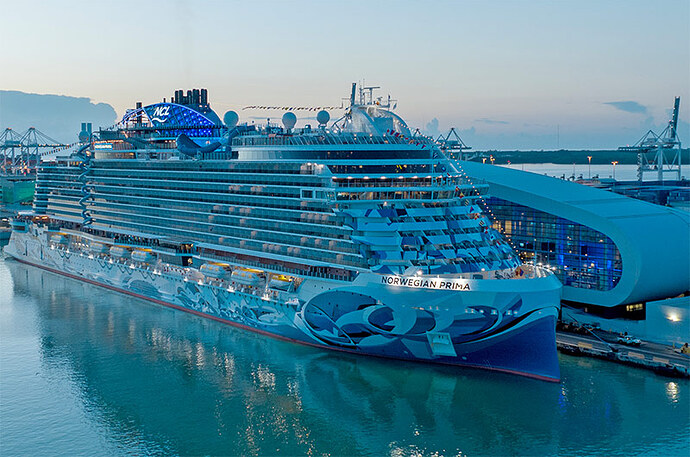 The Norwegian Prima has arrived in Miami for the first time. According to a press release issued by Norwegian Cruise Line, the company’s newest ship is now set to embark on two inaugural voyages departing from the port. Sailing from Nov. 11-14, 2022...

Now the ugliness must have reached a peak:

But there are two more in the (delaid) pipeline: 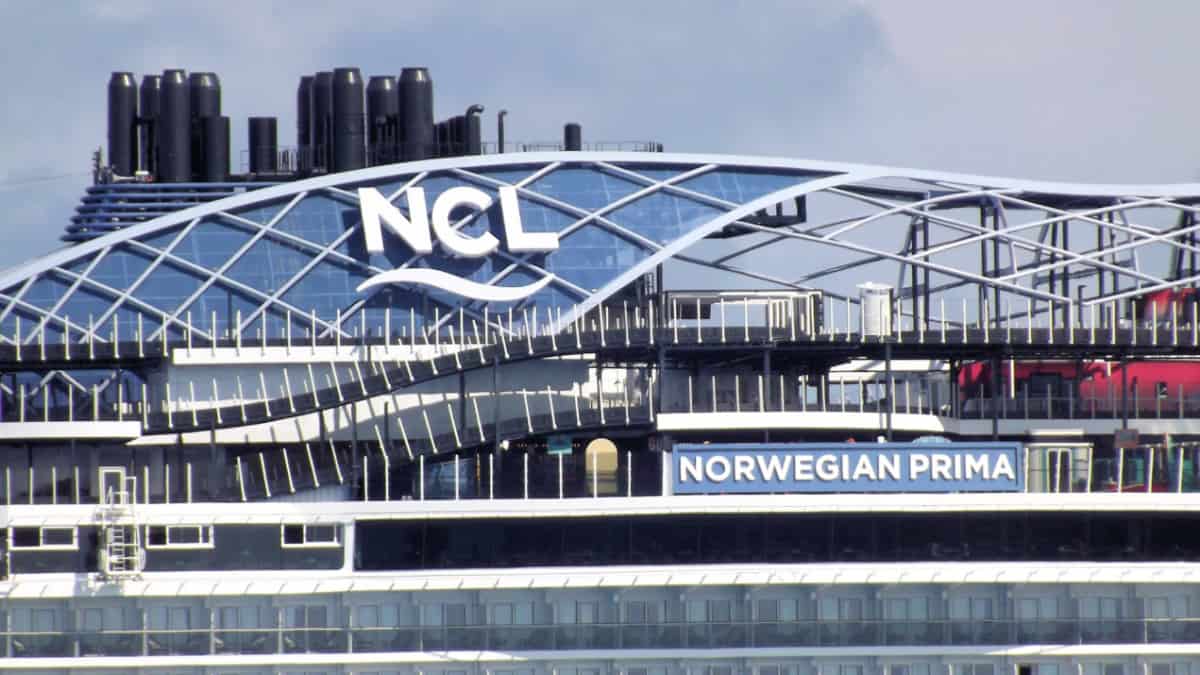 Next Two Prima-Class Norwegian Cruise Line Ships to Be Delayed

The third and fourth Prima-class ships will now both be delayed several months due to a variety of factors impacting all Norwegian cruise brands. 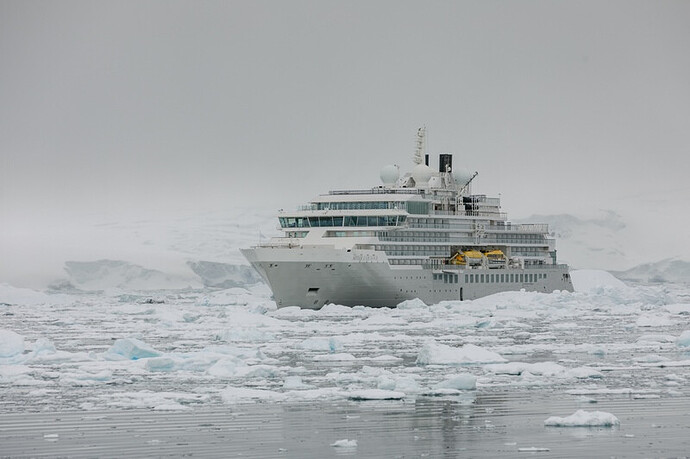 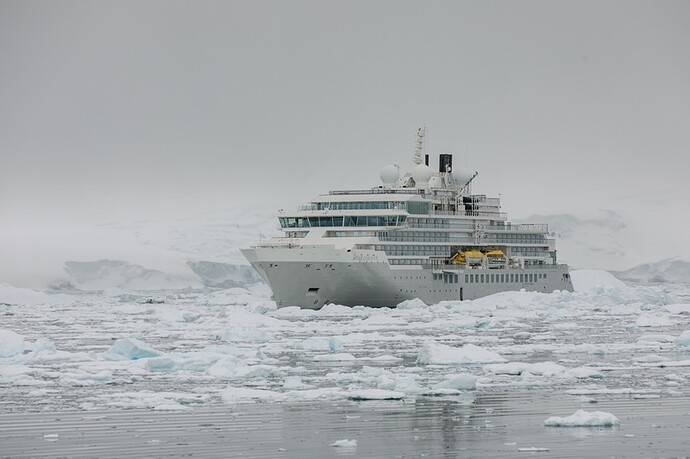 Silversea Cruises has officially named Silver Endeavour in a naming ceremony held on November 19. The cruise line held the celebration in the Lemaire Channel

A market of 1.4 Billion makes a big lure for many, including the Cruise lines: 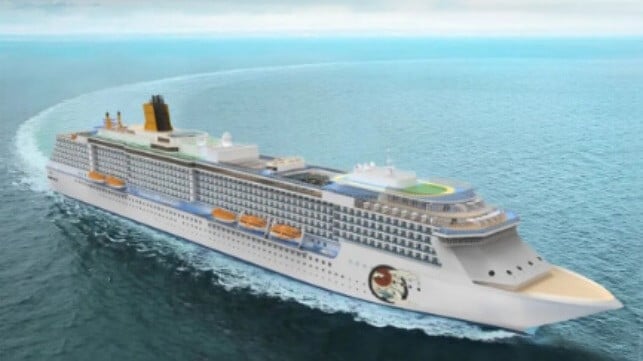 China released additional details in its efforts to develop a domestic cruise industry. Designs were previewed for a smaller, more luxurious cruise sh...

PS> Large cruise ships have so far been an almost exclusive market for European yards.

Cape Horn is still a dangerous place to sail, even for modern ships: 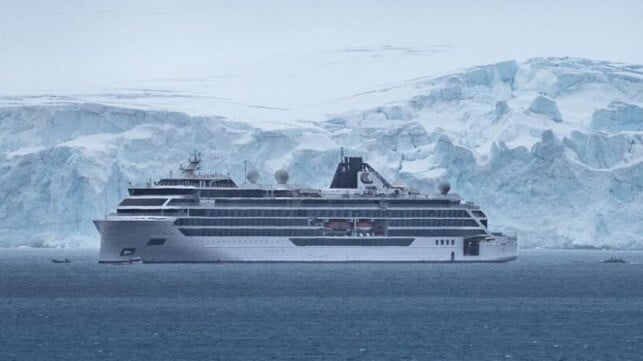 The Drake Passage lived up to its reputation as one of the most difficult waterways in the world with a cruise ship reporting it was hit by a massive...

Viking Polaris was delivered from VARD Søviknes as late as Sept. this year.
Designed and built specifically for Arctic/Antarctic expeditions, with Polar Class 6 hull: 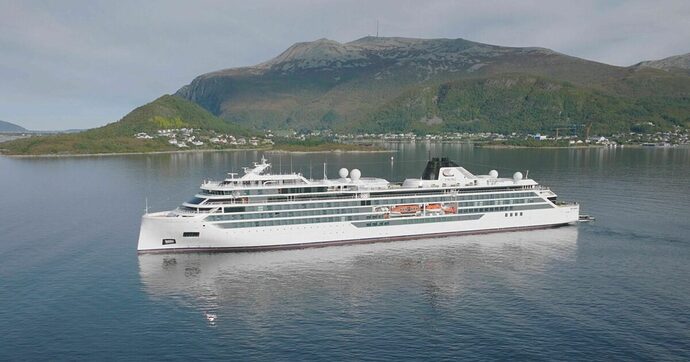 Seen here on sea trails just outside the building yard before delivery: 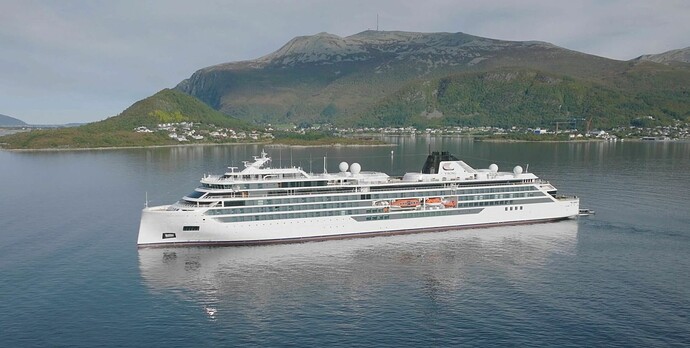 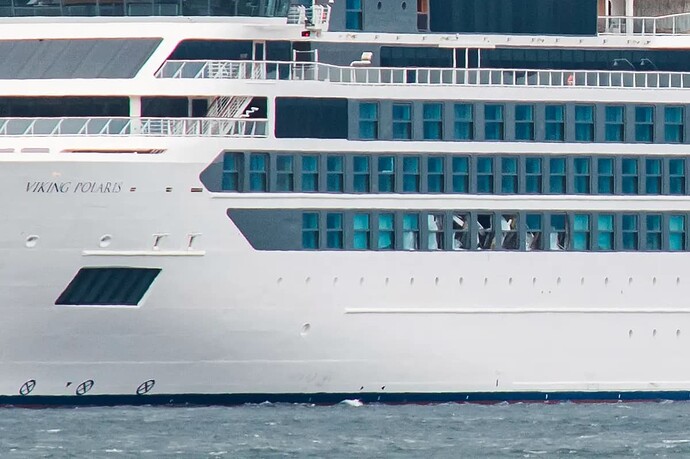 image1200×800 80.4 KB
BROKEN WINDOWS: Viking Polaris, anchored after the incident. Here on 1 December in the Atlantic Ocean near the city of Ushuaia in Argentina. Photo: ALEXIS DELELISI / AFP

The coastal monitoring service National Ocean Service describes these waves that hit the ship as “large, unexpected and dangerous (…) they are forces of nature like ‘walls of water.’”

The Accident Investigation Board has decided to investigate the accident.

Team on the way to Chile

Department director Dag S. Liseth in the National Accident Investigation Board says that they were notified yesterday morning.

FYI: The Viking Polaris is registered in NIS.