The Queen is visiting Ålesund today: 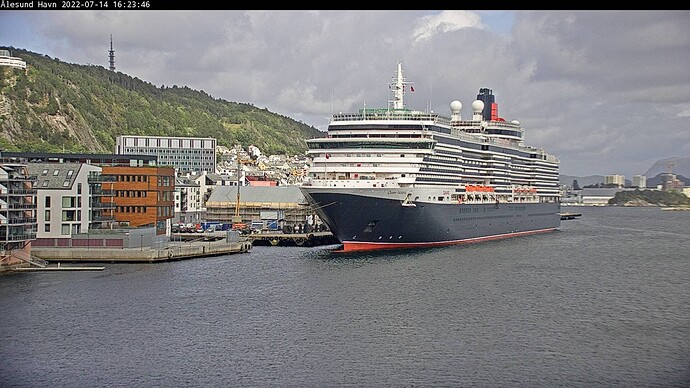 A much smaller cruise ship has taken her berth for the night: 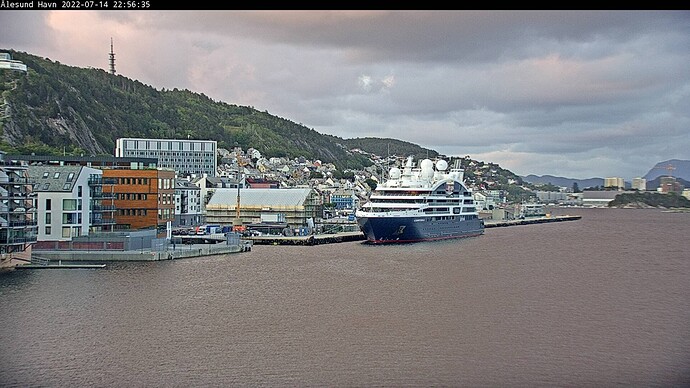 Not often seen these days, a Cruise ship using tug assistance in Ålesund: 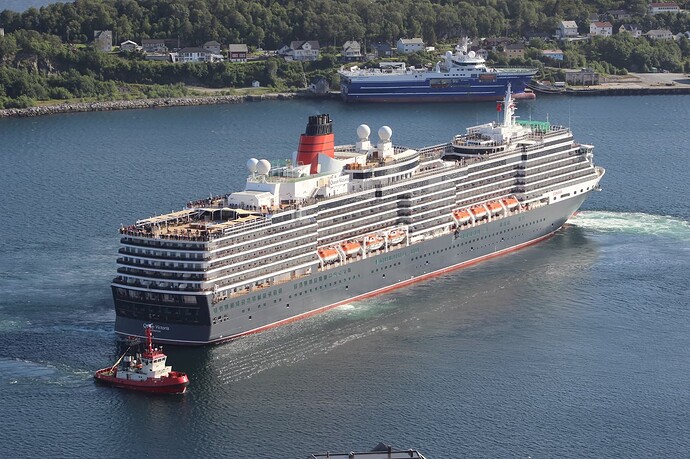 Busy in a gray, wet and cool Ålesund today.
Island Princess and MSC Magnifica occupy the full length of the main wharf: 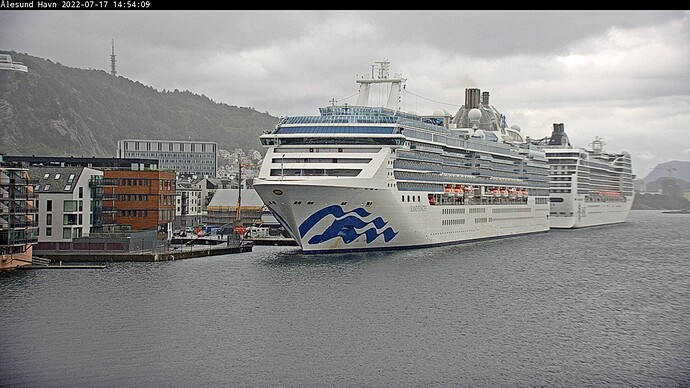 With LE DUMONT D’URVILLE on the inside of the finger pier at the cruise center. 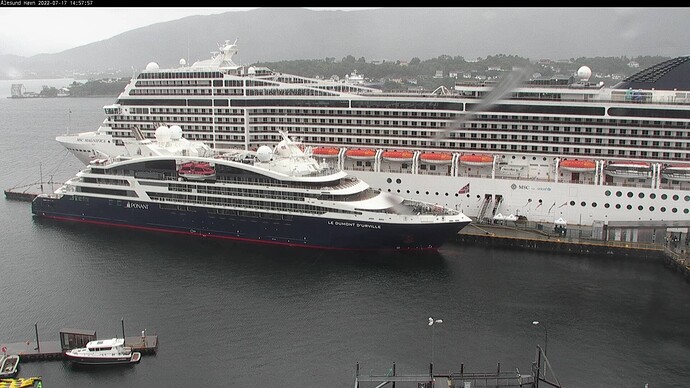 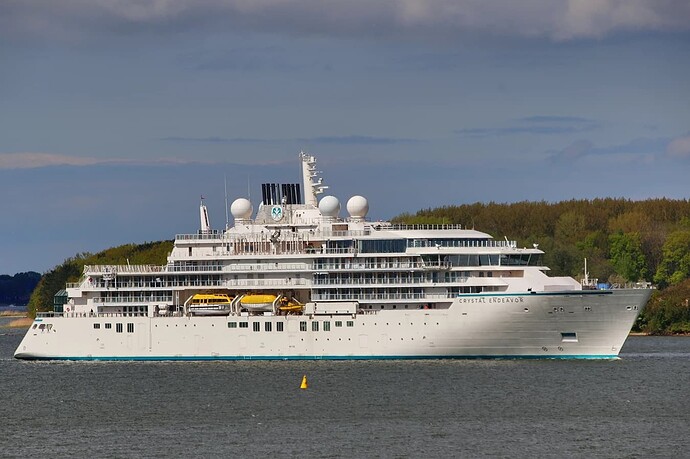 Two ships leaving after a day visit to Ålesund: 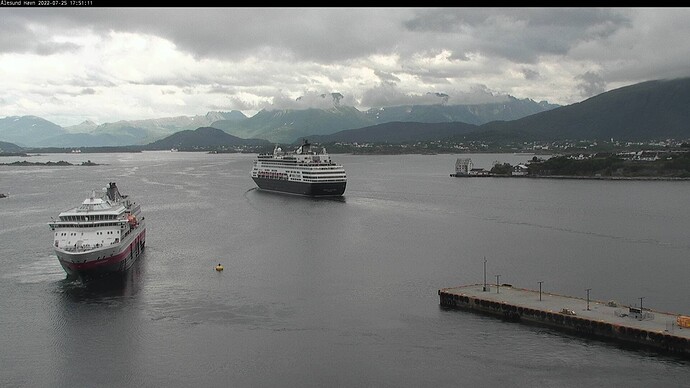 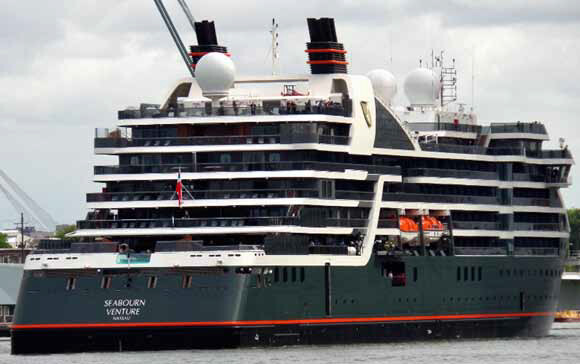 Seabourn’s ultra-luxury purpose-built expedition ship Seabourn Venture, paying tribute to the remote destinations visited by the brand’s highly successful expedition and Ventures by Seabourn excursion programs and the fascinating places yet to be explored in the future. Seabourn Venture was launched this year, with sister ship Seabourn Pursuit slated to launch in 2023. Both ships are designed and built for diverse environments to PC6 Polar Class standards and include a plethora of modern hardware and technology that will extend the ships global deployment and capabilities. The ships, which are being built by T. Mariotti, are of a brand new innovative design, created specifically for the ultra-luxury expedition traveler, and include many features that have made Seabourn ships so successful.

A new and exciting offering will be two custom-built submarines carried onboard, providing an unforgettable view of the world beneath the ocean’s surface. The ships are designed to carry a complement of double sea kayaks as well as 24 Zodiacs that can accommodate all onboard guests at once, which will allow for a truly immersive experience.
Each ship features 132 all veranda, all ocean-front suites.
Source: Maasmond Newsclippings today.

I always think that it’s a bit odd for cruise ship companies to advertise ‘immersive’ experiences.

Britain is strongly represented with Cruse ships in Ålesund today.
Cunard’s Queen Vitoria and P&O’s Aurora alongside at the cruise center: 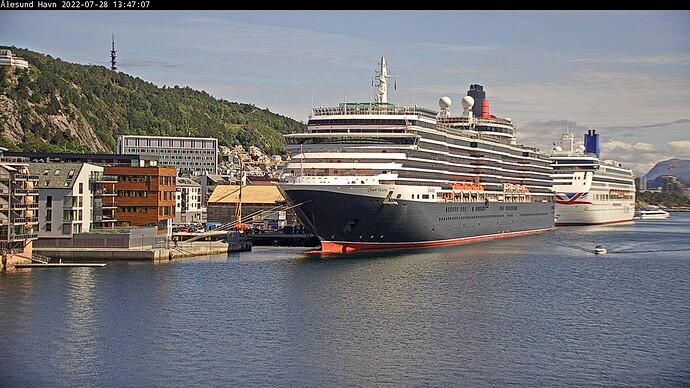 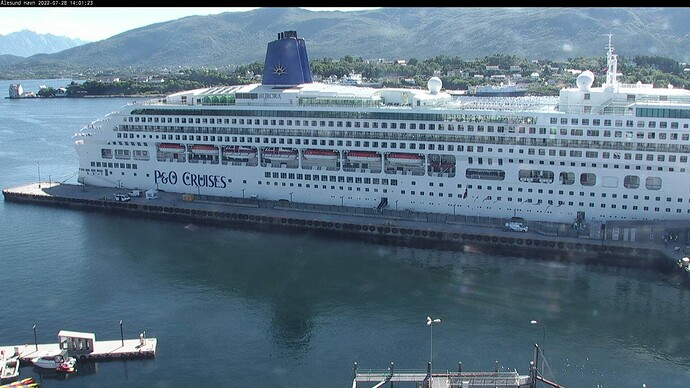 image1920×1080 227 KB
Or should I say Bermuda and Carnival Cruises, since both ships are registered in Bermuda and both companies owned by Carnival.

Azamara Quest is on the other side of town: 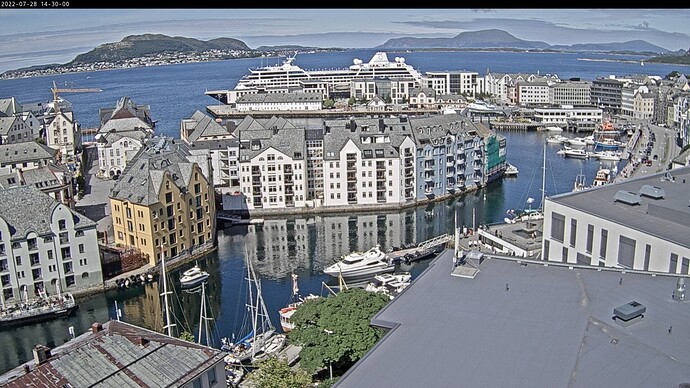 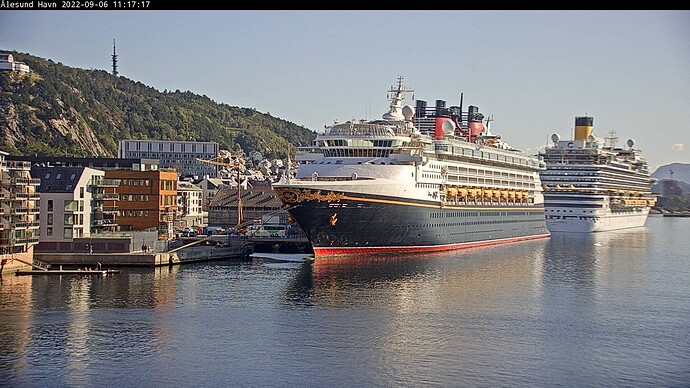 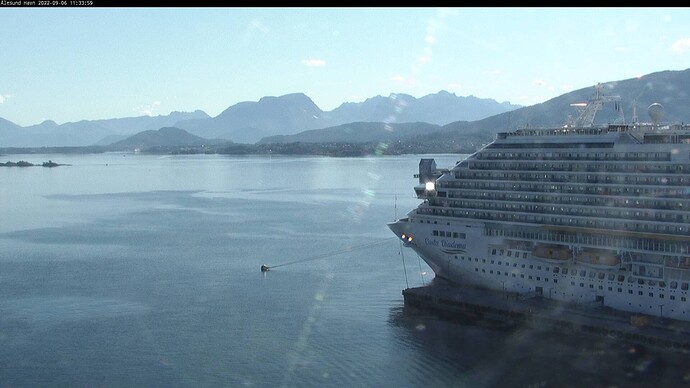 The Vikings are coming (or should we say; are back) 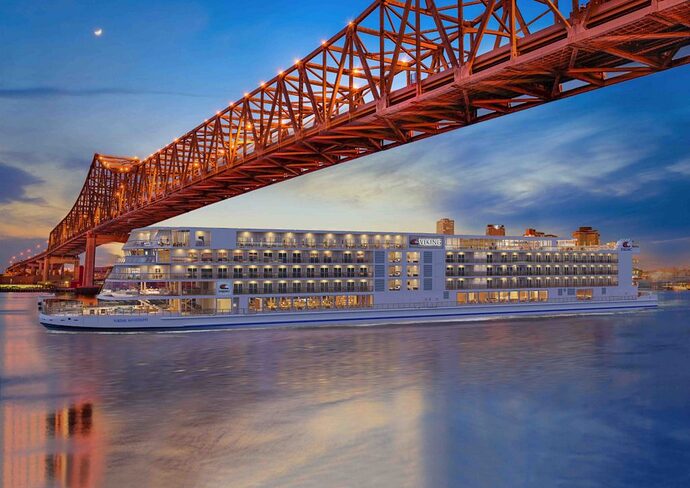 Sleek, modern ship that feels more like a resort than cruise ship.

You’ll pay extra for many activities, and you’ll need reservations for most everything.

A top-notch cruise ship that has much to offer for all ages, but fees can add up.

PS> There is NOTHING Norwegian about this ship, aside from the name.

Lots of Norwegian about these ships though, both externally and internally:
Italy-based shipbuilder Fincantieri will build a further four ships for Viking, a Swiss cruise line, in a deal valued at around €1.7bn: 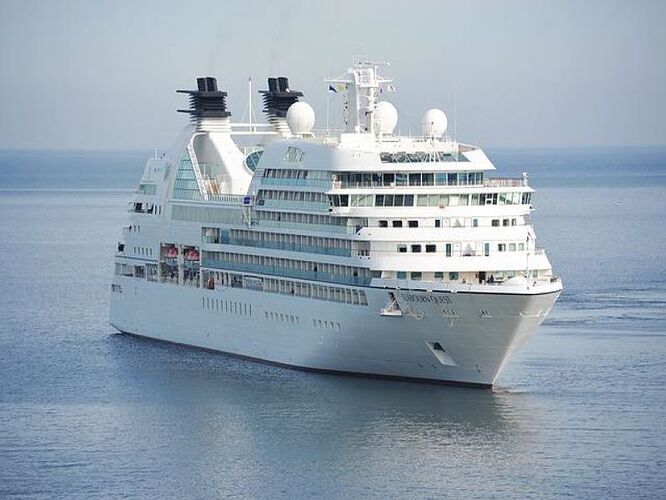 Italy-based shipbuilder Fincantieri will build a further four ships for Viking, a Swiss cruise line, in a deal valued at around €1.7bn.

Swiss?? Yes Viking’s Operational HQ is in Switzerland, although their corporate HQ is in the US:

The Chairman, Torstein Hagen lives in Switzerland, but is a Norwegia (Bergen) native.

Fincantieri and Viking have developed the project for the six vessels in partnership, with features of previous ships, upgrades and the latest technologies being integrated.
Featuring modern safety systems, the new Viking ships will be built according to the latest navigation regulations.
The new ships will also be developed with the option to operate on hydrogen fuel cells. 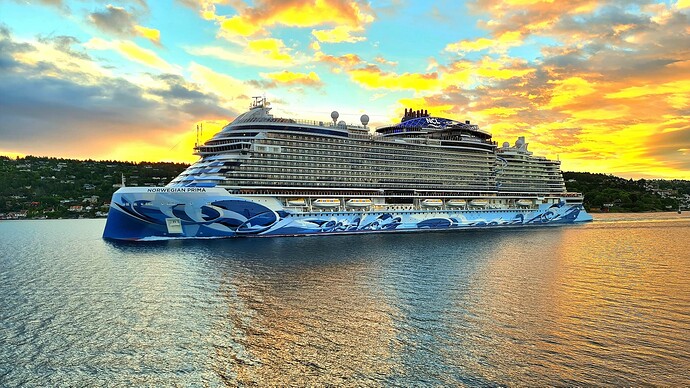 A new cruise line with a vision to sustainability has been born: 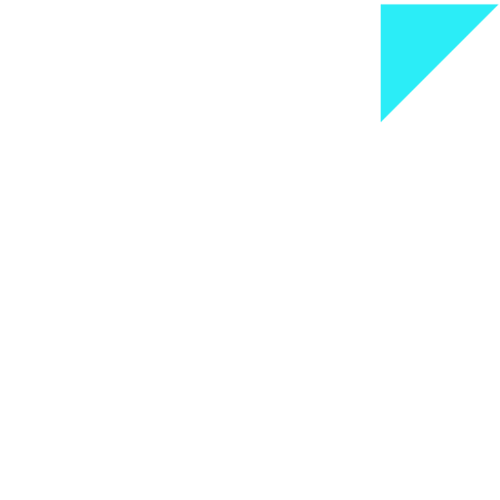 Welcome to Northern Xplorer Zero-emission cruise travel SAILING INTO A WORLD OF OPPORTUNITY Imagine you could solve three major challenges with one solution.Challenges to the environment, society and our cultural and natural heritage. And what if...

Their first ship has been ordered: 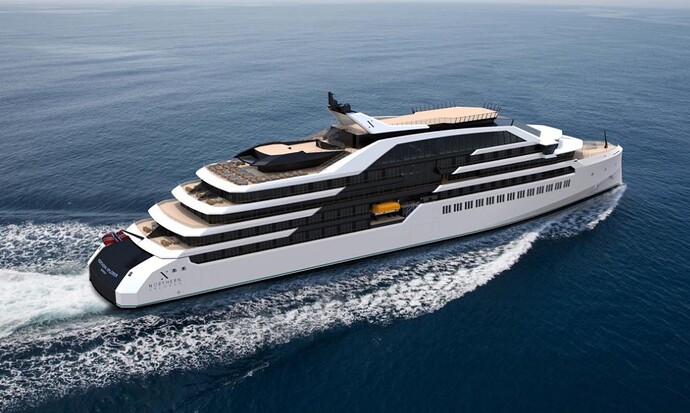 Advice to merchant shipping from the men behind the cruise sector's first...

Battery and hydrogen fuel cell technology exist today to take merchant shipping to zero emissions, it just needs the hand of government, charterers and some pioneering shipowners to make it happen. That’s the message from two men responsible for one...

The people behind this project are no dreamers, but somebody with a solid background in both Cruise, Finance and Management.
The CEO, Rolf Sandvik is a Master Mariner with experience as Master in both NCL and Crystal Cruises. He is also the man behind the first all electric excursion boat, Vision of the Fjords: 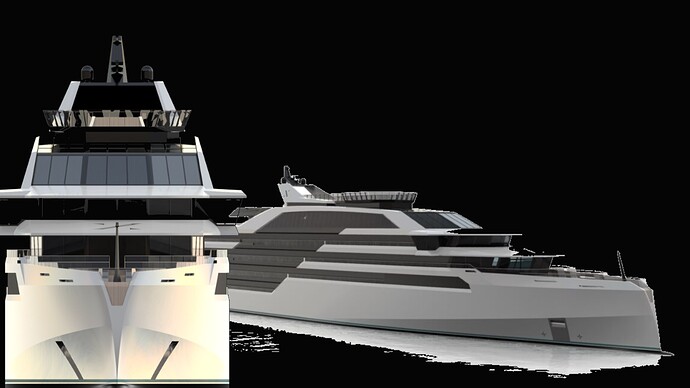 It has taken three secretive years of planning, but last month Rolf Sandvik revealed his plans for a new kind of cruise ship experience.. 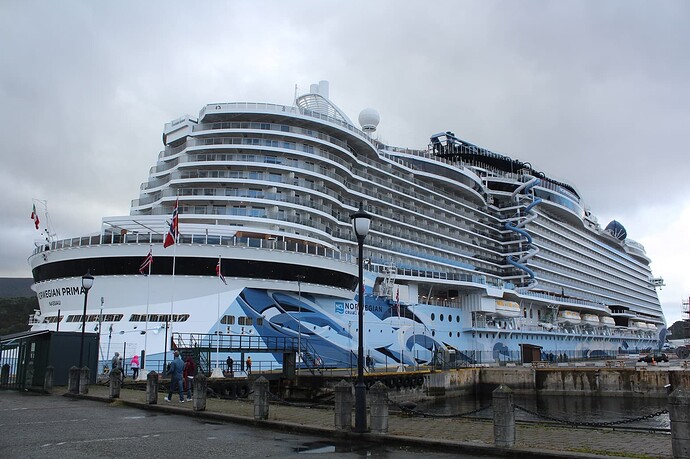 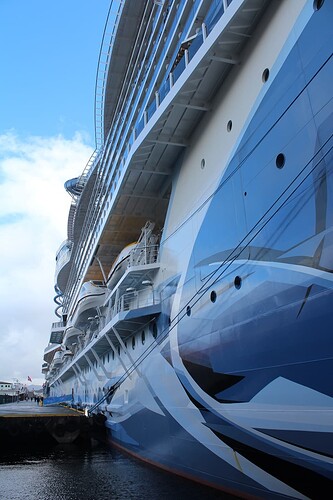 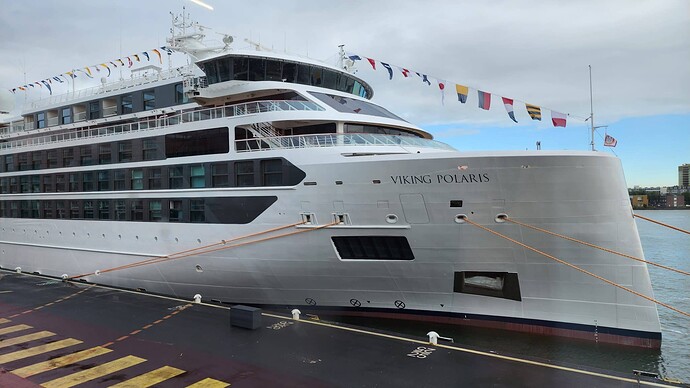 Both heading to Antarctica for the southern summer, but will be cruising the Great Lakes in the northern summer. 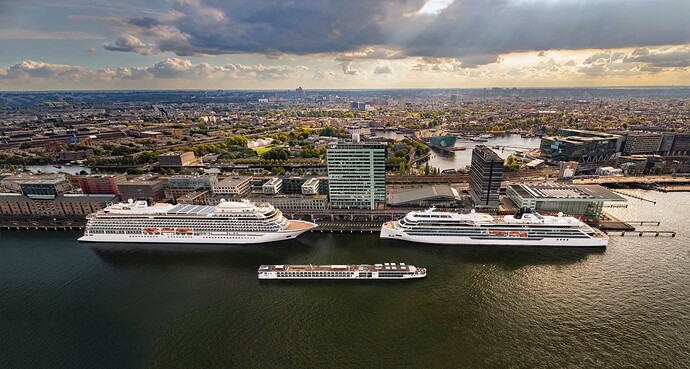 image1920×1027 314 KB
Viking Polaris in Amsterdam, together with Viking Mars and Viking Mani.

PS> This is also the 25th anniversary of Viking Cruises.
For the occasion ships from all three branches of Viking Cruises, Viking Ocean, Viking Expedition and Viking River are seen together for once.

Another small Expedition Cruise Ship. (This one is already cruising the Great Lakes):

image881×353 40.6 KB
Vantage Cruise Line’s OCEAN EXPLORER was built in 2021, has a length of 104 meters, a beam of 18 meters and can accommodate 162 guests . The OCEAN EXPLORER 9-night 2022 Great Lakes Cruise departed Chicago with port stops along the way and is shown in the St Clair River about half the way to its destination of Toronto, Ontario.
Photo: Bert Varady Michigan USA (c) 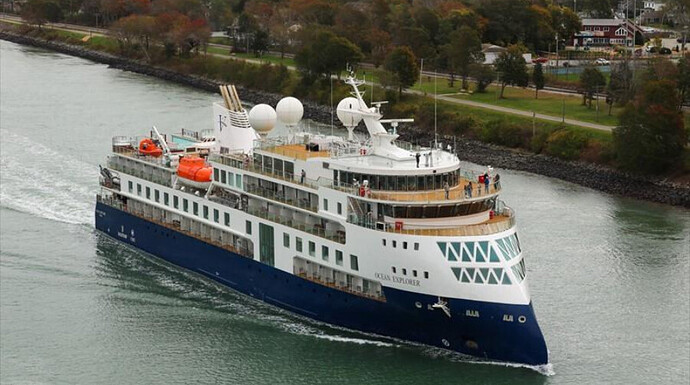 PS> The X-Bow give here away as a Ulstein design: 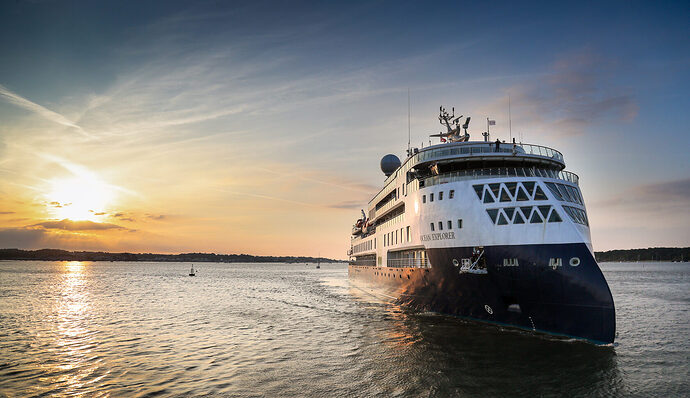 The INFINITY CLASS vessels are 104,4 m long and 18,4 m wide, small enough to give an exclusive atmosphere, large enough to yield all expected services and facilities. They can be individually adapted, according to operator's specifications. 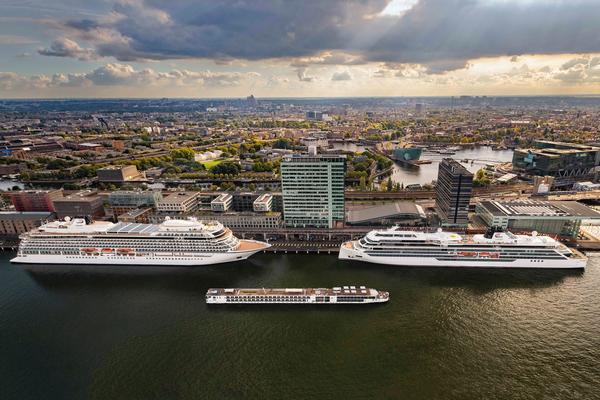 Italian shipbuilder Fincantieri is to build four more ships for Viking, all of which were additional options in an initial agreement signed in March 2018. 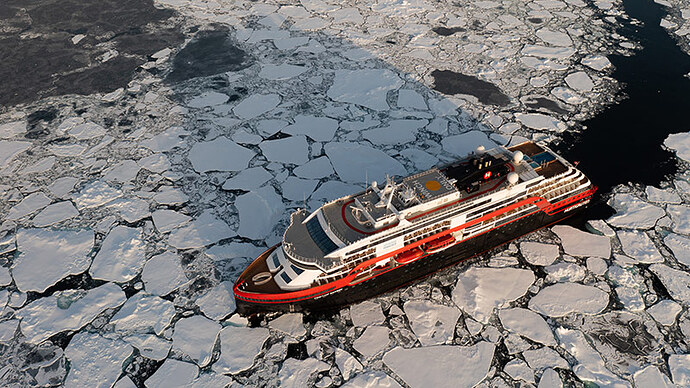 Hurtigruten Expeditions will be the first cruise line to implement SpaceX’s innovative broadband service Starlink across all ships. In cooperation with long-time connectivity partner Speedcast, the installation will be completed in October, the... 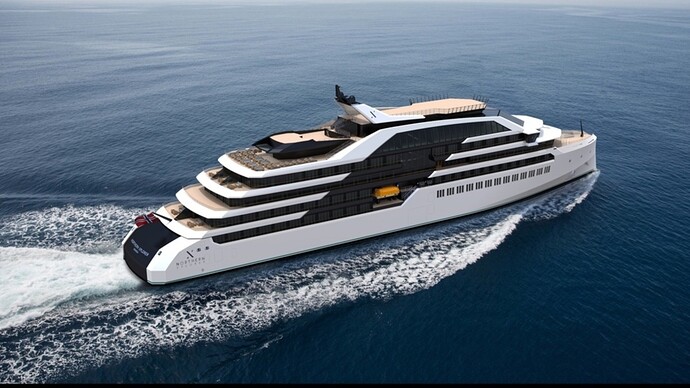 DNV will serve as the classification partner for Norwegian cruise operator Northern Xplorer’s inaugural vessel. Northern Xplorer is planning to build and to operate an emissions-free cruise ship.