It’s not over anywhere before it is gone everywhere!!!

PS> NZ MAY be the exception, since it is far away from everywhere.

It’s not over anywhere before it is gone everywhere!!!

NZ also took the right measures. We don’t have to let the infection run wild. We need to reopen businesses if we want them to survive but the process needs to be based on common sense and the use of PPE. Reopening doesn’t mean back to the way things were before the virus hit. Common sense is not as common as its name implies.

Common sense is not as common as its name implies.

It’s a 11 minute audio file, I prefer to read a transcript but one does not seem available. I did end up listening to the whole thing. Even as the scale of the coronavirus outbreak was becoming apparent, spring breakers flooded the beaches of Florida and New Yorkers continued to congregate in parks. Despite the warnings of politicians and health-care professionals, many people failed to treat the coronavirus pandemic as a serious threat. Daniel Kahneman, a Nobel Prize-winning expert on human…

What would you call it?

There are more and less common senses; the lesser ones being not always with the dumb .

Neil Ferguson, the British top scientist for the government, was ousted because he was caught not following what he preached to the more commons.

I get it. Taken at face value, the statement is trite and superfluous. As to what the name common sense implies, at least in this context, it’s the ability to evaluate the risks/rewards of a decision. It’s not granted at birth nor is it acquired through formal education. It’s developed through life experience and the application of rational thought. If I’d wanted to be more precise, I could have said that a surprisingly large segment of the population is failing the test.

Yes, the phrase is not met to be taken literally. It means wtf is wrong with people.

5 posts were split to a new topic: What does the term “common sense” mean?

What does the term "common sense" mean?

Ask them to point out Wuhan in China. They talk a lot about it but they neither know its location or how many people live there. Many think it’s some podunk town in the boonies. Sense is not common.

How many people in the US, or Europe, know even the name of more than two cities in China (Beijing and Shanghai) (HK is mostly not recognized as a Chinese city)
Let alone understand the size of China and it’s cities.
But that is lack of knowledge, not sense.

In this case, first what Kahneman said

“There should be clear guidelines and clear instructions. We all ought to know whether we should open our Amazon packages outside the door or bring them in,” Kahneman said. “It’s not a decision individuals should consider making on the basis of what they know, because they don’t know enough to make it.”

At that point the rules and guidelines will seem like common sense.

Hadn’t read this thread yet, but just now noticed the title. Should’ve known it was published by Ombuggee.

NZ MAY be the exception, since it is far away from everywhere.

Norway is far away from everywhere from my point of view. So is USA. NZ is next door.

Never been to Norway, hear they have some nice rigs/OSV’s.

Norway is far away from everywhere from my point of view. So is USA. NZ is next door.

OK I get it: Oz is everywhere.

Never been to Norway, hear they have some nice rigs/OSV’s.

BTW: Norway is NOT the capital of Sweden.

But there is a reason why you don’t see any Norwegian restaurants outside of Norway. . . . that said, any time that I have been there, I do find it pleasant (but expensive). I have worked with a lot of Norwegians in the oil and gas biz and maritime and found most of them to be capable and pleasant people. . .

But there is a reason why you don’t see any Norwegian restaurants outside of Norway.

You can hardly find any Restaurants or Cafes in Norway that serve traditional Norwegian food any more.
Plenty of US style Fast Food joints. Kebab and Sushi kiosks and “Italian” restaurants (some decent ones that doesn’t just serve American style Pizza)

Anywhere I can get a good veal parmesian is fine by me. Ordered it twice over a few years in NYC and best I ever had. It “was exceptionally tasty” not to be confused with Exceptionalism.

Yesterday I was thinking of posting this Maine story, but then I thought, sure, it’s a puckish metaphor that could be used in a thread on American Exceptionalism, but would it be derailing to the thread?

After twenty four hours of forum time, that’s clearly not a concern and it is a thought provoking metaphor: 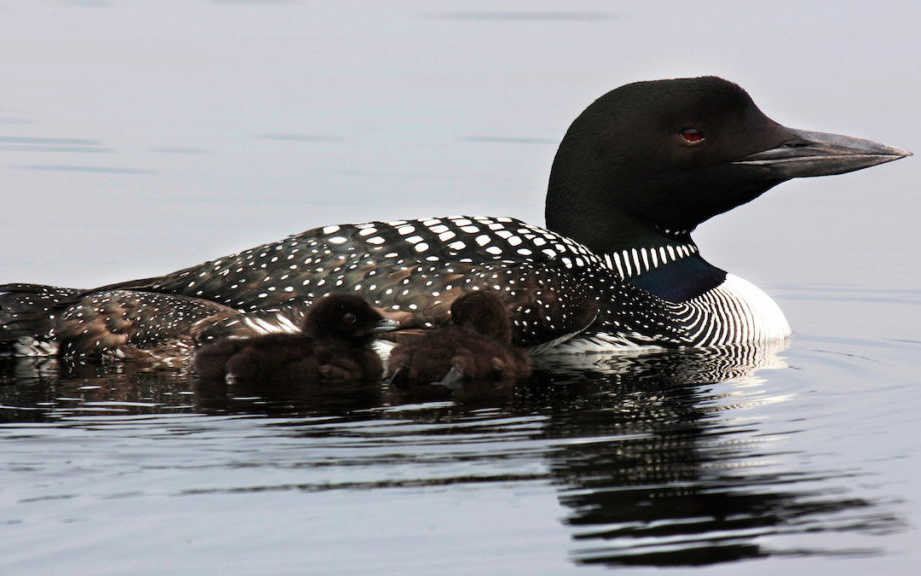 It had to be one of the strangest cases of eagle death that Danielle D’Auria has ever seen.

(This is not the withdrawn post, which I would have left up if I could’ve for seen Norwegian Dining… speaking of, I had an excellent reindeer steak in Bergen my first visit, no dolphin.)

I read that yesterday. Lucky Loon. That is exceptional.

You can hardly find any Restaurants or Cafes in Norway that serve traditional Norwegian food any more.
Plenty of US style Fast Food joints. Kebab and Sushi kiosks and “Italian” restaurants (some decent ones that doesn’t just serve American style Pizza)

My only experience with pizza in Norway was in the Lillehammer area. . . I was not impressed. I do remember getting a pizza at a joint in Bremerhaven back in the early 80s. The fact that I still remember how good it was says something. . . .