A Master’s Guide to Berthing - & etc

A good read: A Master’s Guide to Berthing - 2nd Edition

Many berthing accidents occur because the speed of approach is too high. The master should advise the pilot of the ship’s stopping distance and general manoeuvring characteristics, giving particular emphasis to speed, corresponding engine revolutions and to the critical range. When close to a dock, speed should be the minimum necessary to maintain control. Masters should plan ahead with the pilot on if, and how many, tugs are to be to be used.

It can be difficult to reduce speed and maintain control. This is because reduction in propeller speed reduces water flow over the rudder and the rudder becomes less effective. The normal procedure for stopping is to put engines astern. However, when a propeller rotates astern, water ow over the rudder is broken and the ship will be less responsive to the helm. In addition, there is the disruptive effect of transverse thrust.

One unknown factor here from the master’s point of view is the tugs.

I recall going inside the locks at Zeebrugge a few years back when high-horsepower tugs started getting more common. After we cleared the locks the pilot goosed it and kept it up till fairly close to the dock. Twice I mentioned to the pilot about our speed as it seemed a little too fast to me. Second time he tells me “Don’t worry captain, the tug is 8000 hp, it will stop us”

Sure enough that tug, which as made up center line aft stopped us quicker then I’d ever seen before. We got stopped with room to spare.

Pusan tends to be a fast port in general wrt pilotage. They might have failed to adequately adjust for these much larger ship.

“Are you in a hurry captain?” That’s what the pilot asks when they board. Or so I’ve been told.

If the error in speeds was plotted would it be a Rayleigh distribution? 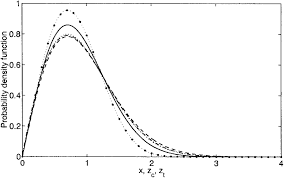 Say 1 is the perfect speed and navigators want to err on the side of safety by this graph the number of ships coming in twice too fast is more than zero. In practice the x-axis would have to be adjusted but the general shape of the curve seems right. 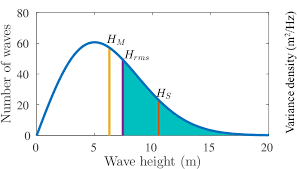 The new generation of carrousel rave tugs used in Rotterdam harbor have a bollard pull of 77 ton. The only worry is that the towing line will break…

If they only had a couple in Busan. 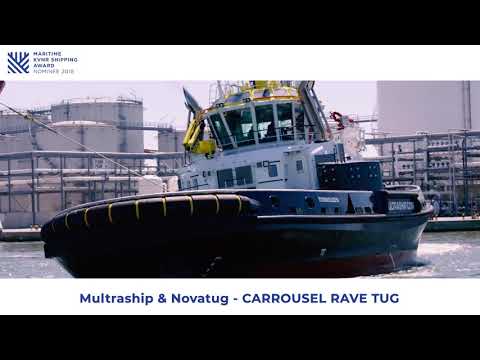 Don’t put yourself in that position to start with. Rarely did I have to use full ahead or full astern with an assist other than turning around, even then, was taking it slow or half .

Rarely did I have to use full ahead or full astern

I only use full ahead, full astern and FWE. It’s called the KISS system.

Believe in KISS. I was just a bit easy on the engines and engineers. And the equipment involved. No rush

I was being facetious, there was no astern bell involved at all, the tug stopped us. Our engine was stopped.

Tugs lose engines, steering, part their lines, any number of things. Not prudent to speed thinking a tug will save you.

Absolutely correct Slick, been there.

No “saving” involved. Car ships often need to spot the ramp on a specific position. If it’s missed it involves having to jack around with the lines. Better to hit it the first time.

Anyway my point was intuition alone is not always a good guide. Seemed too fast.It wasn’t

As with many berths, particularly lining up oil manifolds., and gantry cranes, etc ,etc. I will gladly give up the extra 5 minutes or less to be careful and stay off the 6 o’clock news.

Not arguing here, but intuition of the Mate/Master standing the watch is the cornerstone of safe navigation…if in doubt you must act. Drilled into us since day one. One could argue that if you think you may be going too fast, you are, since Safe Speed is up to the interpretation of the operator who considers all prevailing circumstances and conditions.

A piece of advice was given to me by a pilot a lifetime ago, about making landings:

If it’s a difficult landing, make it twice. First, make it a considerable distance from the dock. Say, 200-feet. Same orientation as you would at the dock. With this “landing" you test everything: astern propulsion, thrusters, etc. You orientate your mind to the effect of wind and current. Then you turn around and make the actual landing, which he specified as always being parallel to the dock but several yards from it.

With modifications, we do this for the first of the many landings in a given voyage. For some reason the first landing after an ocean crossing tends to be the one that goes wrong, and needs the most care.

When I read about the Milano Bridge incident, I wondered if the procedure above is a local harbor practice, or is it followed in other places?

Another example of the limits of intuition is entering a set of locks with the max allowable beam, for example the original locks at Panama and elsewhere.

Unless the captain is familiar; based on distance to the gates ahead and the vessel speed when entering the locks it’s going to seem too fast. It’s going to seem that a big backing bell is going to be needed to avoid catastrophe. However because the water in the locks is being forced out (and the locomotives) the ship is usually stopped without using an astern bell at all.

It’s good to have this knowledge before transit.

Fortunately I experienced that as a junior officer before getting command. It probably saved some laundry bills as master.

As with m.any berths, particularly lining up oil manifolds., and gantry cranes, etc ,etc. I will gladly give up the extra 5 minutes or less to be careful and stay off the 6 o’clock news.

Of course, but what principle is at play here? Maintain safety margins and reserve capacity.

In actual port operations if two 8000 hp tugs are used to pull a ship off the dock it can be expected the operation is going to go quicker then if a single 1000 hp tug is used. Quicker ops but higher safety margins.

The only worry is that the towing line will break…

Much more likely the POS 1800 hp tug is going to part a line.