Thanks for finding that video. I love the way they gave each crew member a part of the wreck to explain while playing Stan Rogers in the background. All their different Canadian accents and that sentimental old song, got me a little bit choked up.

[QUOTE=ombugge;190269]Since the bay she was found in was named Terror Bay, I would have thought that would be the first place they would look for the wreck of “Terror”.
[/QUOTE]

That would have required the use of common sense. From Nunatsiaq Online:

“According to The Guardian, the Martin Bergmann took an unscheduled detour from the planned search grid after getting a tip from Inuk crewman Sammy Kogvik, from Gjoa Haven, who said he discovered a “large piece of wood” in Terror Bay while on a hunting trip six years earlier. Kogvik’s tip is the latest in a long string of Inuit testimony that has been crucial to determining the fate of Franklin’s crew. Louie Kamookak, a Franklin historian from Gjoa Haven, says he was aware of Kogvik’s hunting story for years and was happy an Inuk contributed to finding the Terror.
Kamookak said Kogvik’s account is one of several modern testimonies suggesting the Terror would be found in Terror Bay.
“I believe a lot of people approached Parks Canada about the possibly of a ship in Terror Bay but I don’t think they really took it seriously,” he said. “There’s a lot of modern information of a ship being seen there, under the water, from hunters and also from airplanes.
”Kamookak said a passenger, on an aircraft from Gjoa Haven to Cambridge Bay, saw the outlines of a ship in Terror Bay as they were flying overhead. According to The Guardian article, the Terror rests about 24 metres below the surface of Terror Bay, which could make such a sighting from air possible.”

Does anyone need further proof that our governments are too ponderous and self absorbed to get out of their own way. I wonder how much taxpayer money they wasted looking in the wrong place when they’d already been told from more than one source precisely where the ship was. All they had to do was ask one of the locals and hop on the back of his snowmobile in exchange for a six-pack of Molsons.

I think Gjoa Haven is dry.

Seems to me, the further north you go, the more important it is to listen carefully. The culture is different. You can hear it when a reporter from Toronto goes up north. They have to adjust their way of listening, or they don’t get anything out of people at all. To a southern ear, it sounds like there is a lot of unsurity and hesitation when a northerner speaks, and they have this impulse to fill up what to them sounds like dead air with guesses, speculation, and leading questions. In the worst cases, an “interviewer” can turn their piece into an echo chamber for their own thoughts. If you manage to curb this impulse, I find the northern way of talking quite beautiful. The humor alone is worth the adjustment. It’s a bit of a Norwegian sence of humor: not mean, but the kind that keeps moral high and makes people feel close to each other, and strong in tough situations. I don’t know what you call it, maybe the humor of understatement.

On the video that Ombugge posted, listen to the difference between the way that Kogvik speaks and the way that the ocean physics woman speaks. If those two are going to have a conversation with each other, one of them is going to have to make an adjustment.

You could argue that the reason “so many died seeking gold and glory, leaving weathered, broken bones,” while looking for the NW Passage and for Franklin’s crew was because they were bad listeners. It’s fitting that it all finally gets resolved in the end because someone finally had the sense to clam up.

Geez Louise, tough crowd. How about a one day waiver. We’re talking retrieval of a national treasure here.

[QUOTE=Lee Shore;190311]Geez Louise, tough crowd. How about a one day waiver. We’re talking retrieval of a national treasure here.[/QUOTE]
Well ok. I heard the Mounties just made a big Vodka bust in Tuk, so maybe there’s some extra libation around somewheres.

What kind of country is this? Stoli is contraband? TheY aught to pay people to drink it. And pay them well. Is not good stuff.

Hungry bears frustrated by only being allowed to smell Russian food, taunted by inedable helicopter. 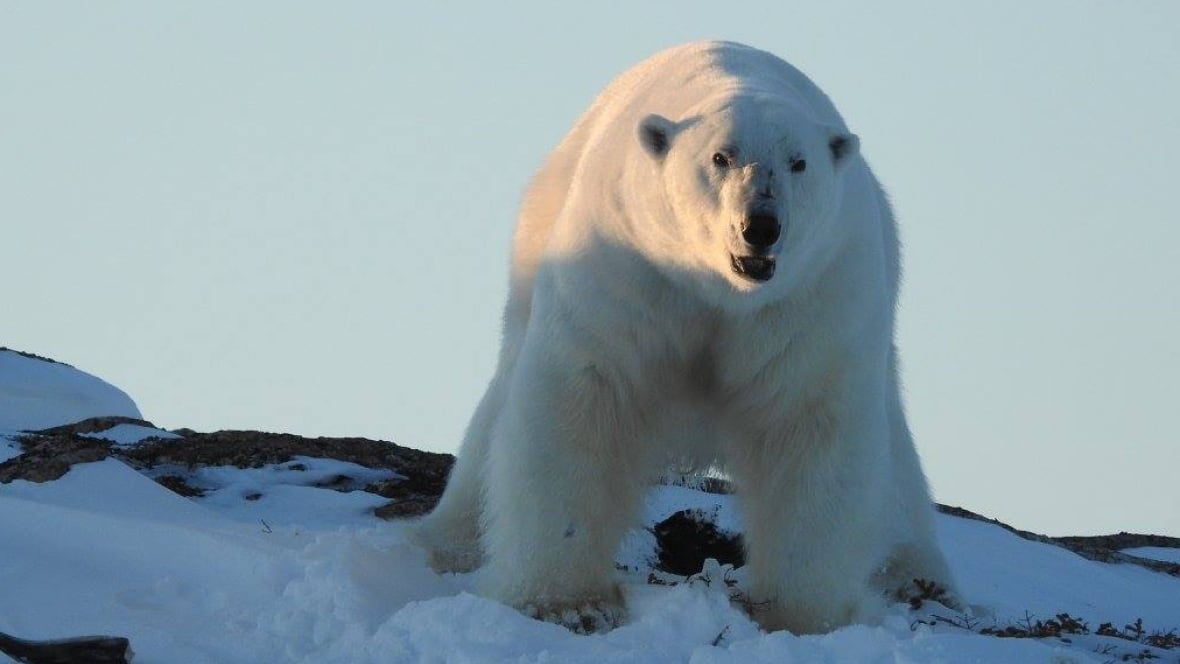 [QUOTE=Emrobu;190365]Hungry bears frustrated by only being allowed to smell Russian food, taunted by inedable helicopter.

If it’s that dry up there, maybe they were after some Stoli…

Hovering over a bunch of hungry polar bears in a rooskie helicopter would induce pucker factor and have me feverishly praying to the sky gods to keep the rotors spinning.

[QUOTE=Lee Shore;190369]If it’s that dry up there, maybe they were after some Stoli…

Hovering over a bunch of hungry polar bears in a rooskie helicopter would induce pucker factor and have me feverishly praying to the sky gods to keep the rotors spinning.[/QUOTE]

Putin on the stick, pirozhki in the gear box, stoli in the fuel tank, yeehaw gulaboiniks! in soviet russia, bears are eaten by you. 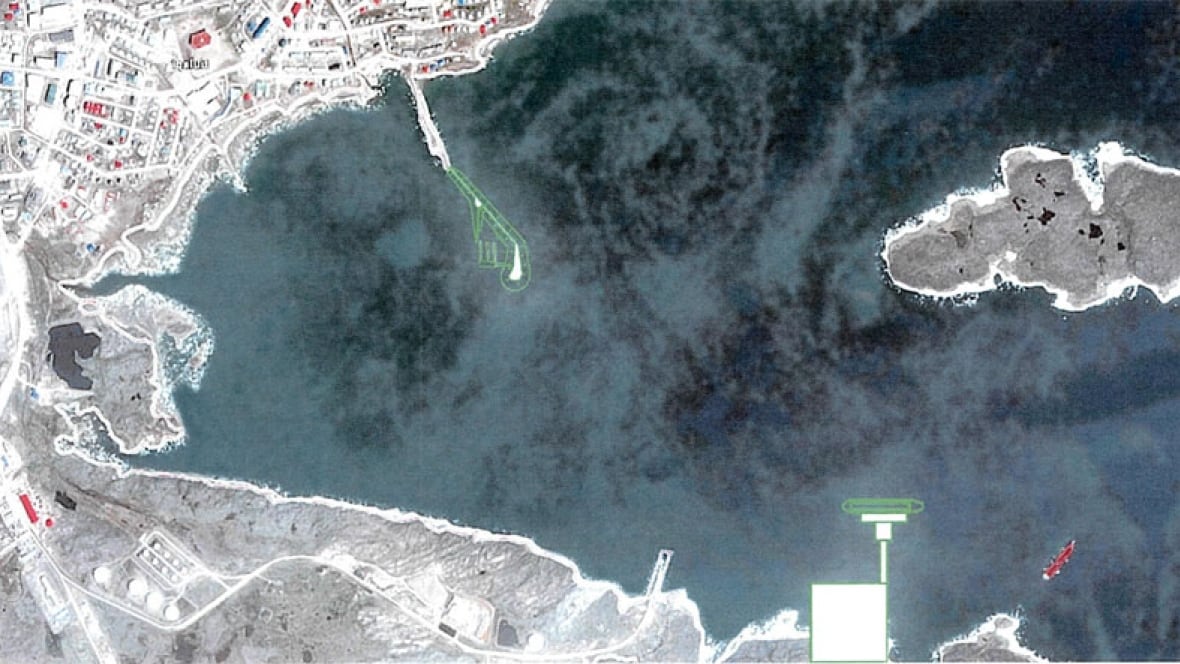 The director of capital projects with Nunavut's department of Community and Government Services provided Iqaluit city council with an update on the project Tuesday night, including who might run the port once it's open.

I have been picking my way through the new Oceans Protection Plan that the PM put forth on Monday. (I was there at the press conferance. My sleeve touched his sleeve. I shook hands with the Transport Minister, we spoke about the Arctic. This country is increadable.) There’s a lot of good news in the plan, although I’m not done studying it, yet. I wanted to share the promises for the North, here. See what you guys think.

I was surprised that Iqaluit’s new deep sea port wasn’t mentioned, nor was the port of Churchill. But here, anyway, is what it does say:

They’re going to start up Canadian Coast Guard Auxiliary for the Arctic, including “up to” 8 new community response boats, and a seasonal inshore rescue boat station. Does “seasonal inshore” mean Hay River? This inshore station is said to be the first permanent S&R capacity in the north. About time, right? But it looks as though this “community boat program” is going to be implimented in BC first, starting next year, and will later be expanded into the Arctic. The CCG Aux’s mandate (nationwide) is expanding to include pollution response under this plan, too. The CCG Auxiliary are amazing, I had one of theirs in my STCW class last spring. I’m really happy for them to expand their operations.

They’re going to extend the season for the icebreaker fleet: they’ll start sooner in the spring and finish later in the fall.

And finally to benefit oil spill monitoring, search and rescue, vessel monitoring and sovereignty they are going to improve the northern operations of the National Aerial Surveillance Program.

Everyone says the whole plan is going to cost CAD $1.5 billion. But what I’ve talked about here, is only the part of the plan that impacts the North directly. The plan is also has initiatives for the East (including the lakes and the St. Lawrence) and the West, and some federal-level things as well. I’m not a finance person, but this 1.5 number seems low to me.

More about the expansion of the Canadian Coast Guard Auxiliary in the North, and their existing culture. It looks as though the National Aerial Surveillance Program will be getting a hanger and some new planes. 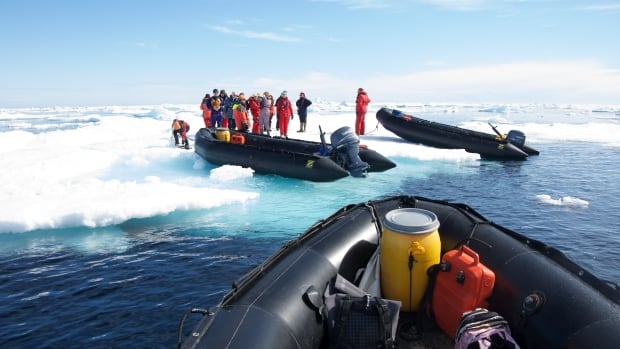 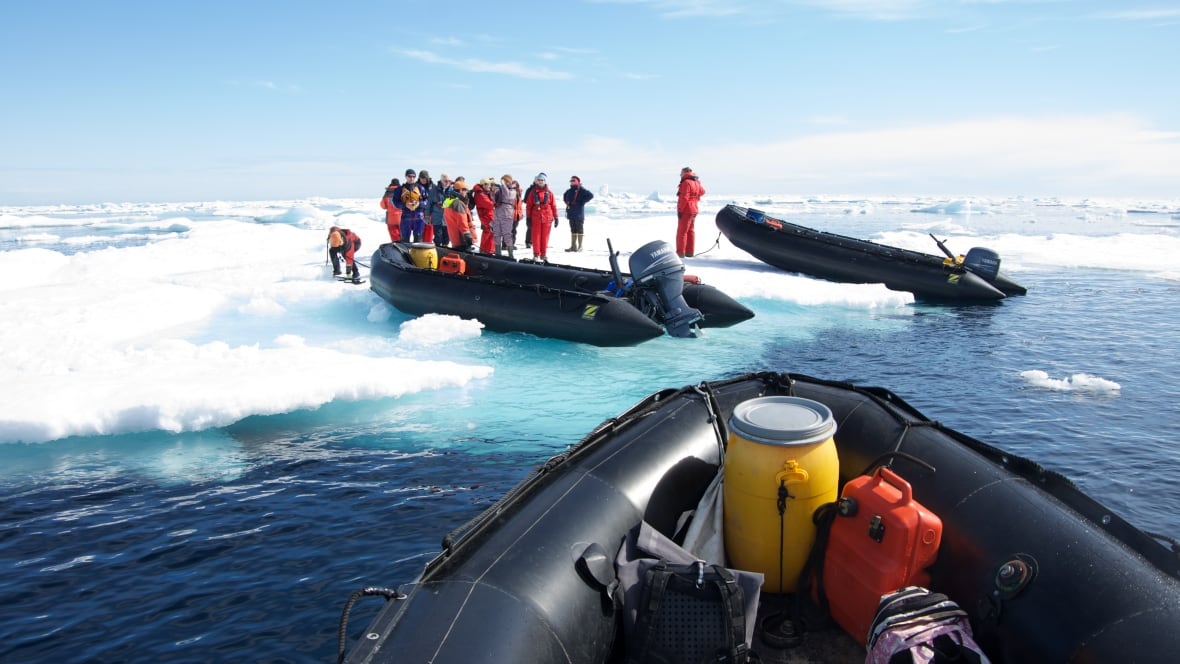 The federal government wants to expand the number of volunteer Coast Guard auxiliaries in the north, along with several other new measures it says are intended to protect people and the environment on the water.

Maybe some good news for a change: http://worldmaritimenews.com/archives/206261/canada-a-step-closer-to-removing-cargo-ship-wreck/

It’s very good news. In fact, the Kathyrn Spirit is mentioned by name in the OPP. Its expensive to dismantle a ship safely, because our worker and environmental protection law and culture is very strong. The new plan means to shift that burden off communities and on to the owners. We can hope with good reason that the work of breaking those ships will go to our workers, too.

More good news?: http://www.thestarphoenix.com/news/national/quebec+shipyard+pitches+liberals+spill+vessel+after/12377711/story.html
Or is it something like the Aiviq case across the boarder?

It’d be a really good thing, if the government goes for it, in my opinion. The truth is, they didn’t budget a lot of money for this plan. The PM said several times during the annoucement that he wants a “world class” system and that means something like what Alaska and Norway have. Since this ship was meant to be used as part of that Norwegian system, it fits perfectly with the idea which he has laid out. $350 million +operating costs out of a $1.5 billion plan that is allready very ambitious, does the math work? I don’t think they’re going to throw a quarter of the budget into an unplanned bonus ship.

Seaspan is American owned, although they’re a job-maker and I don’t hold that against them. Davie is Canadian owned, and it’d be good to see them get a piece of the pie. Maybe we can get buy-in from Newfoundland’s offshore oil industry. Then again, putting any new financial burden on the oil industry might not work right now.

Maybe this is your start-up opportunity, Ombugge. Buy this ship from Davie and you can do special spill response and rescue all over the North Atlantic Basin. Get a little bit of buy in from everyone who opperates in the North Sea, the Grand Banks, Flemish Cap, Barrents Sea, that Greenland/Baffin area stuff if it ever happens. You could sell it as mobile maritime education for northerners, too. You could go from place to place getting locals thier basic STCW ect. while waiting for emergency calls. 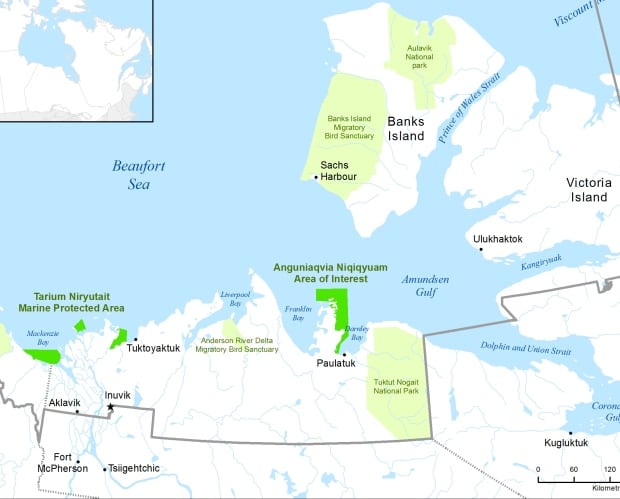 I couldn’t help it, I love this feel-good stuff. They should have Raffi up to cut the ribbon on this place. 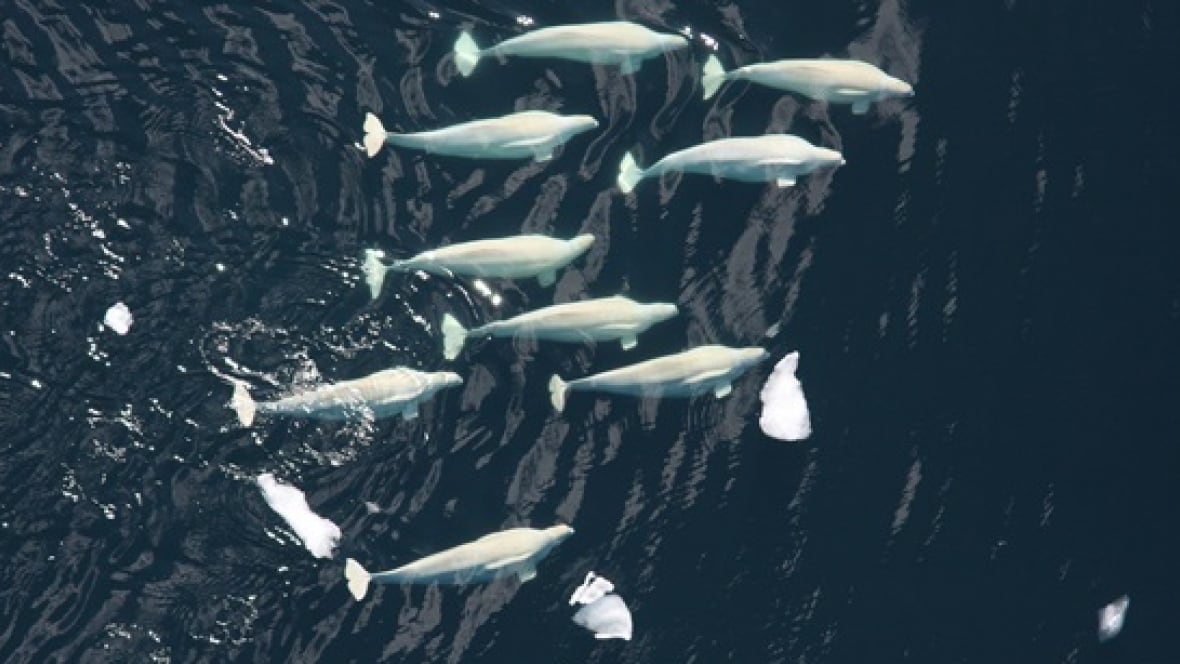 The Darnley Bay area of the Beaufort Sea near Paulatuk, N.W.T., has been set aside to protect important habitat for several Arctic marine species.

Find and replace each instance of US with Canada in this article, put the whole thing in boldface, print it in red ink.

Most media coverage has been trained on Russia’s involvement in Syria, but Moscow is quietly beating America in a turf war on top of the Earth: the Arctic Circle. 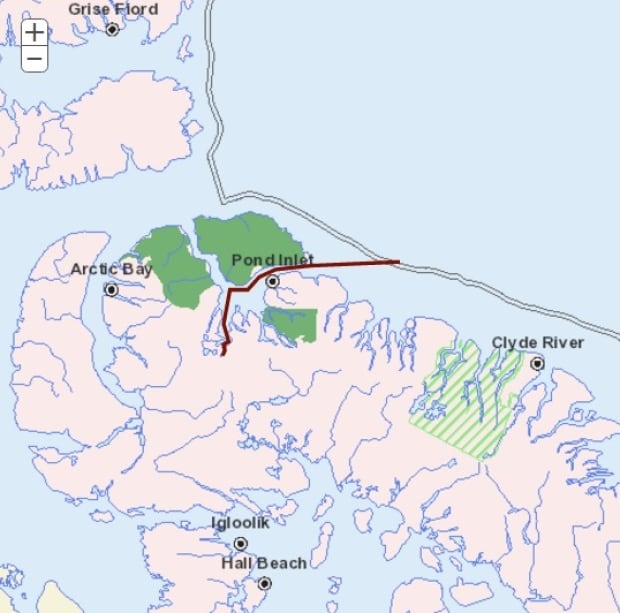 This month’s Marine Technology Reporter has an article about positive developments in the Atlantic Provinces.