The Germans was some dedicated fuckers

The U-boat fleet suffered extremely heavy casualties, losing 793 U-boats and about 28,000 submariners (a 75% casualty rate, the highest of all German forces during the war).

Nevr heard about this gear before, very cool.

The Vaco Suit
Up until the turn of the year 1940/1941 lifebelts were made of cork, but were replaced by better belts, which also had a whistle attached as well as a little red light that would make a sailor in the water more visible as he was bobbing up and down. Worn on top of the so called Vaco suit, the prognosis for survival after a ship had gone down became much better. I believe Norway was the only nation to issue these suits to her sailors. It resembled rubber coveralls attached to a pair of rubber boots, with elastic around the neck and a yellow hood which left only the face showing. Worn with the new lifevests this suit saved many a Norwegian sailor, as it kept them fairly warm and dry, as well as floating vertically in the water, due to the fact that the boots had lead in the bottom of them. It was, of course rather awkward to work in; the simple lifevest was preferred for that, but in the most dangerous areas the sailors would have the suit “standing” ready nearby, with the suit itself folded over the boots, so that they could quickly and easily step into them and pull the suit up and over their body. The Vaco suit was designed in 1939 by Carl Dybberg (1888-1957) from Bergen, inspired by the sinking of the Titanic in 1912. Most of the passengers had not drowned, but frozen to death, and Dybberg felt it ought to be possible to come up with a waterproof suit that would prevent such a fate. About 30 000 suits were eventually made and became obligatory equipment on all of Nortraship’s ships.

On what would be her final trip, Burke departed Seattle, Washington for Guam, where she spent several days loading munitions for the invasion force on the island of Mindoro. Burke then departed with the 100-ship “Uncle Plus 13” convoy, bound for Leyte in the Philippines. The convoy arrived at Leyte the night of December 27.

Japanese forces were alerted to the convoy’s arrival shortly before daybreak on December 28. A flight of six Japanese kamikaze fighter/bombers was sent up from Cebu Island shortly after dawn. If the convoy was destroyed, the U.S. forces on Mindoro would be cut off from their supply line.

That morning Burke and the other ships in the Mindoro-bound TG 77.11 (under the command of Captain George F. Mentz) were at general quarters shortly after receiving the dawn weather report that reported that air cover would not launch until the poor weather cleared. The crews began their wait for the inevitable arrival of Japanese aircraft.

At about 0815 hrs, the first kamikaze appeared on the American ship’s radar, and orders were immediately given for the convoy to begin evasive maneuvering. Through holes in the clouds, the Japanese pilots sighted the large American force as it steamed through calm seas south of Cebu and Bohol Islands. Finding the convoy without air cover, a group of six Japanese planes began their attack. One of the pilots, flying an Aichi D3A “Val”, chose John Burke as his target. Diving through heavy anti-aircraft fire, the Japanese pilot had no intention of pulling out of his steep dive. At 1020, despite the damage to his aircraft, he crashed between Burke’s #2 and #3 cargo holds.

A brief flash of fire was visible to most of the ships in the convoy, and for several seconds, only smoke could be seen billowing from her hold. A few seconds later, a huge pillar of fire shot out of Burke’s cargo hold, followed by an immense cloud of white smoke. Within seconds all eyes were drawn to Burke where an enormous fireball erupted as her entire cargo of munitions detonated, instantly destroying the ship and killing her crew of 40 merchant marine sailors and 28 or 29 armed guards. For several seconds, Burke was not visible under an enormous mushroom cloud of smoke, fire and explosions. Several ships nearby were damaged by the force of the blast and flying fragments. The shock wave rocked the entire convoy, and several ships reported that they had been torpedoed. A US Army “FS” type ship just aft of Burke was severely damaged by the blast, sinking before it could be identified. As the cloud of smoke cleared, nearby ships closed on Burke’s former position to search for survivors. It was soon clear that Burke, and all 68 men aboard her, were gone.

The Combat Air Patrol arrived at 1213 after the weather cleared, providing air cover for the next three hours.

The Japanese attack that morning was just the beginning of a two-day series of attacks on the convoy, costing several more ships and hundreds of lives. In spite of the near-constant attacks, the force reached its destination at 0648 December 30 with much-needed material for the Mindoro invasion.

Today, SS John Burke’s fragments lie 1,500 feet (457 m) below the surface, in the vicinity of 9°1’11"N 123°26’50"E, the location the ship was last seen, in the strait between Negros, Siquijor Islands and Dapitan, Zamboanga del Norte, Mindanao, Philippines.

FUCKING PRIMADONNA FLYBOYS! Bet they were hung over from Christmas partying and 68 men died as a result.

Nevr heard about this gear before, very cool.

I didn’t know that. Nearly a modern survival suit. My book says that the tanker SS Gulfamerica was torpedoed an shelled by a German submarine on her maiden voyage. Some of the crew were drowned by their cork life jackets: they rode too high and forced their heads underwater. 1942, that was. Guess they didn’t get the memo.

why the admiration? Nazis were the aggressors and on the wrong side of history. U-Boat crews sank merchant ships without any regard at all for the men who often died horrible deaths at sea.

now why U-Boat crews continued to put to sea after March '43 after the tables had turned against them and that those crews stood a rapidly decreasing chance of any success and a rapidly increasing chance of never returning makes one believe they were all much more resigned to their fates. either die at sea in a boat or die in the USSR. they certainly could not have been all fanatics for der Fuerher.

even Doenitz said he had little faith left in his men sinking many more ships but did not want to quit in order to tie down assets of the Allies. throwing away the lives of men for no good reason because by that point of the War, the Allies had overwhelming assets to pursue every operation globally. he was the fanatic!

German submariners were convicted of war crimes, as well, for torturing and murdering survivors in rafts and lifeboats. The video wasn’t kidding when it says they threw away the book. The Japanese submarine crews did worse things.

[QUOTE=Emrobu;189556]German submariners were convicted of war crimes, as well, for torturing and murdering survivors in rafts and lifeboats. The video wasn’t kidding when it says they threw away the book. The Japanese submarine crews did worse things.[/QUOTE]

I am not surprised to discover that Kraken is a Quisling!

[QUOTE=c.captain;189559]I am not surprised to discover that Kraken is a Quisling![/QUOTE]

[QUOTE=c.captain;189559]I am not surprised to discover that Kraken is a Quisling![/QUOTE]
I’m as much a Quisling as you are a Ustashe you fucker!

And how is what I wrote admiration? I just showed the absurdity of the German war effort at sea. Who on this forum would have gone to sea if it was almost 100% chance of dying?

[QUOTE=lm1883;189564]There are a number of documented incidents where US Submarine commanders machine gunned Japanese soldiers in the water after sinking their transports. USS Wahoo was one of them, their CO, later won the Navy Cross, and the XO the Congressional Medal of Honor. The winner writes the history.[/QUOTE]

Certainly. And let’s not forget the Laconia incident. You could argue that Germans-behaving-badly-in-submarines is an American invented phenomenon.

Fighting men on the front lines, from both sides, did surprising and distasteful things during the war. Not surprising in the case of Dudley Morton as the desire to “kill Japs” amongst allied forces was at absolute fever pitch. 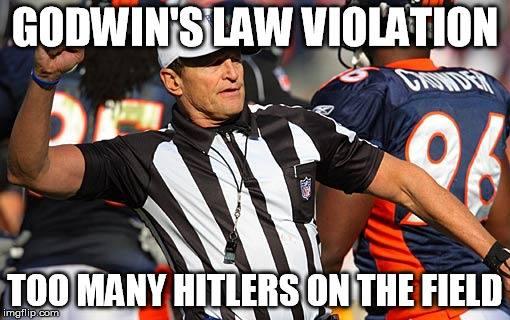 I grew up reading the maroon volumes of American Naval Fighting Ships over and over again. I found the accounts of the US Pacific fleet submarines and their daring leaders to be absolutely electric and I still marvel at them today. Morton and O’Kane’s exploits are legendary.

Somebody once wrote that the best Captains during the war were completely incompatible with peacetime Navy command and rose to the top during the war due to their ruthlessness and willingness to press home the attack at any cost.

Lest anyone forget that Nimitiz petitioned on behalf of Doenitz at his trial saying that his submarine forces did their best to mimic the Germans from the onset of the war in the pacific.

Curtis Lemay said it best “if we had lost the war, we would have been the ones standing trial”

“Sea of thunder” is a great read about the battle of leytee gulf and other battles in the pacific. They go into real detail during the naval battles. Its insane and hard to believe the risks they took.

According to my book the junior engineer of the SS Richard Hovey was in a lifeboat after the ship was sunk by the Japanese. His name was Arthur John Drechsler. The freshwater tanks of the lifeboat were wrecked by the Japanese trying to kill the guys with machine guns. his citation for the Merchant Marine Distinguished Service medal goes like this:

With no other tools than an axe, pliers, a screwdriver, and a steel punch, Drechsler, utilizing metal brackets from a foot rest, two empty food containers, the metal cone from a storm oil bag, and the rubber hose from a lifeboat pump, improvised an ingenious still which produced a ration of eleven ounces of potable water per man throughout the sixteen days before rescue.

I think I’m in love, fellas.

Reminds me of an old first called Angus MacGyver. Fixed the combustion controls with a paper clip and some naval lint. Then fixed the feed water regulator with the cellophane from a cigarette pack wrapper. Went on to bigger and better things though. Heard he got his own TV show later.

Captain Stull was my Great Grandfather. He brought the SS Samuel Parker back to Seattle, Wa with over 100 holes in her. I have a pretty cool letter he wrote about using her up and needing a new ship.