Upgrading of US Federal Ports

The American Association of Port Authorities (AAPA) has reiterated the investment needs of federal ports and waterways. AAPA President and CEO Kurt Nagle said a 10-year $66bn investment would be needed so that seaports can accommodate expected...

The various ports should be privatized and regulations regarding water front usage should be scaled waaaaaaay back.

This is painfully obvious in New York Harbor around Caddells.

I haven’t seen a port as under utilized and NY/NJ. There is so much decrepit waterfront property in one of the greatest metropolitan areas in the world.

They need to seriously upgrade security at many US ports. Two security breaches in one week at the one I’m at right now. Security caught two people on my ship late last night and they were arrested by the harbor police. They climb over the fencing at low tide from the park next door.

USD 66 Bn. needed. Will it be made available soon??

I sure hope so. President Trump needs to keep his promises in that regard.

President Trump needs to keep his promises in that regard.

Do you hear yourself right now? I mean really?

The writing is on the wall.
The emperor has no clothes!

Well, President Trump is currently the elected President of the United Sates and has mentioned infrastructure as needing quite a bit of attention. And he has been working to put into place quite a few of his campaign promises. So yeah, he dresses quite nicely.

He certainly was not my first choice but he was voted into office.

Looked at the stock market lately?

There appears to be some private investment in port improvement as well:

Jaxport, the port of Jacksonville, Florida, says that it will soon offer direct service to New Zeala...

To tell the truth, I have a lot of reservations about pumping billions of dollars of FEDERAL TAX MONEY into local ports.

We have more big loadcenter ports than we need. They are competing with each other for the limited available business. There is not enough business to support them all without taxpayer subsidies. The local desire to have or expand a port to compete with other ports is a local issue that should mostly be funded by local money, user fees, and freight tariffs.

Some ports are well located with deep natural harbors and approaches, these ports make sense, and do not require a lot of dredging or maintenance. Some ports with short dredgable approaches make sense. Other ports with long shallow approaches never made much sense for deep draft ships in the first place, and with larger, higher, deeper ships, they make even less sense now.

Most small ports have very little deep sea volume and no real reason to exist, except as shallow draft tug and barge or small ship ports. Too much federal money is being wasted on these ports.

Upgrading the customs clearance system at US ports is apparently not working as planned:

US Customs breaks out champagne over ACE, but shippers slow to party US CUSTOMS and Border Protection (CBP) appear to be breaking out the champagne over an “historic milestone” in deploying the “last of the major scheduled core trade processing capabilities in the Automated Commercial Environment (ACE)”. This celebretory tone comes after a raft of criticisms that the ACE auto customs clearance system is US$1 billion over budget and doesn’t work. ACE was designed to streamline data flow to US Customs, but is filled with flaws after three years, says the National Customs Brokers and Forwarders Association of America (NCBFAA). It has called for remedial action, as its members process 97 per cent of all data entries for imports to the US, reports London’s Loadstar. But US Customs insists ACE is doing the job of streamlining the import/export process into a “single window” that allows businesses to electronically transmit the data required by the US Government to import or export cargo. “More than 5.3 million lines of code were developed in order to automate all phases of cargo processing - pre-arrival, arrival, post release, exports, and partner government agency (PGA) integration - into ACE,” said the US Customs press release. Said Acting Customs Commissioner Kevin McAleenan: "This deployment of ACE is a significant achievement for CBP, the trade community and PGAs who have worked tirelessly to implement the “single window” for over 15 years. “It has been one of the most complex IT projects the federal government has ever undertaken and required strong partnerships and collaboration across government and industry,” he said. But according to the NCBFAA paper, ACE is not capable of providing a stable release date for border clearances. There are problems with remote location filing, currency conversion for duties and value declaration as well as insufficient automation of the invoice interface. On the post-clearance side, the paper points to “ongoing and often uncommunicated” changes in the reconciliation function and the removal of protest filings from CBP’s Automated Broker Interface. Communication is also an issue with the messages that ACE sends out. The NCBFAA is calling for a complete list of ACE messages and their meanings. The NCBFAA described the messaging system as “duplicative, inconsistent and prone to incorrect interpretation by CBP and stakeholders”. US Airforwarders Association executive director Brandon Fried said the NCBFAA’s “white paper was an eye opener”, adding that the flow of messages about delays and system down times emanating from ACE suggests that the platform is far from stable.
Source: Schednet

Are there going to be a shakup of US Container Ports?: 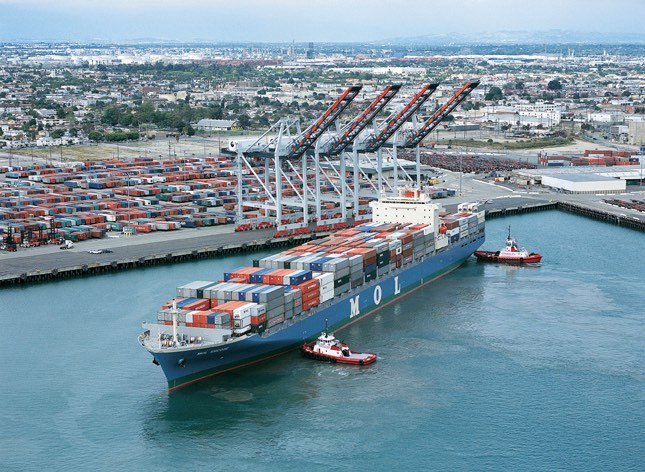 Commissioner Rebecca Dye from the Federal Maritime Commission (FMC) in the US has launched the first phase of her investigation into port demurrage, detention, and free time practices by ordering ocean common carriers to provide information and...

All container ports are overcrowded and over extended so some amount of shakeup on the order of reality should be welcomed by all parties. I read last week that CMA CGM has put a $300 surcharge on cargo moving through Savannah to help combat this. I think some of these ports just have to be a little more realistic in their expectations of efficiency. Liner services demand on time, scheduled port ops.