The numbers behind the Jones Act - Splash247

An interesting article pointing out what we here have pointed out repeatedly, the Cato Institute is having biased and their work on the Jones Act is BS. 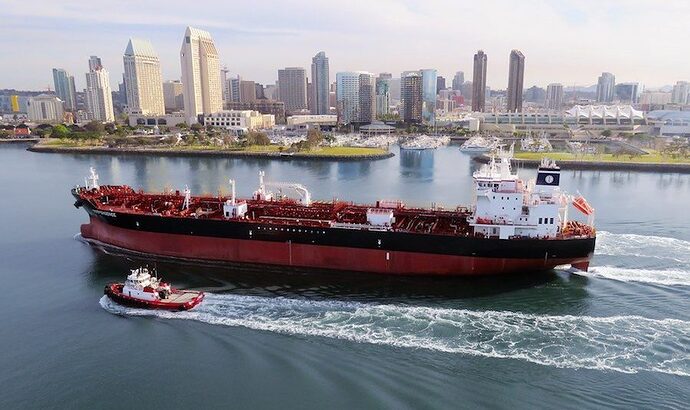 The numbers behind the Jones Act - Splash247

Blue Alpha Capital’s John McCown writes for Splash today on the always contentious issue of the Jones Act in the US. He suggests the Cato Institute ought to invest in some calculators. In my four decades of experience in the maritime sector, I’ve...

Well, how about it @cpgrabow? Any response to the accusations that you are falsifying data in your reporting?

Cato Institute was founded by Koch so that is no surprise.

From the last paragraph of your response.

“The Jones Act’s glaring failure, compounded by its infringement on Americans’ economic liberty and harm to the country’s prosperity, helps explain why my colleagues and I at the Cato Institute have taken such a deep interest in the topic.”

Restrictions like the Jones Act are the opposite of liberty, and protectionism leads to stagnation and decline, not prosperity. The US maritime industry is a prime example.

protectionism leads to stagnation and decline, not prosperity.

Well, the U.S. advanced semiconductor industry certainly declined despite being unprotected. It declined nearly to non-existence, and the USA found itself in the position of being dependent on foreign countries (and potential adversaries) for what is a lynchpin of our economy and defense. Same thing with the USMM.

The last presidential administration was all about returning lost jobs to U.S. shores. This struck a chord with a large segment of the public. But the Cato Institute seems completely tone deaf to that. The Cato Institute apparently doesn’t care if all jobs go foreign, as long as there are no “restrictions”. American jobs and social cohesion be damned.

Certain segments of the U.S. economy need to be protected, either by trade, or by market share of that trade. Otherwise the nation loses the ability produce those essential goods or services, and large numbers of workers lose their jobs with resulting social instability.

That’s the purpose of trade agreements: to strike a balance between free trade and protectionism. A series of checks and balances, avoiding the extreme positions.

The US maritime industry is a prime example.

No. The U.S. maritime industry is a prime example of a key industry which thrived while being subsidized and protected, beginning in the 1930s. This was done for two purposes: national defense and a stabilized workforce. The subsidies were removed a half century later and the USMM dwindled accordingly.

The Cato Institute is probably against the concept of subsidies. Are they targeting the U.S. oil industry and U.S. agriculture, probably the two biggest recipients of U.S. taxpayer subsidies?

It wasn’t unprotected. You can read up on the 1986 Semiconductor Trade Agreement and the harm it inflicted on U.S. computer makers here: https://www.cato.org/sites/cato.org/files/pubs/pdf/pa-819-updated.pdf

The Cato Institute apparently doesn’t care if all jobs go foreign, as long as there are no “restrictions”. American jobs and social cohesion be damned.

I can’t speak for my colleagues, but I want jobs in the United States to thrive. And getting rid of laws like the Jones Act—a law that literally makes it more expensive for Americans to buy American goods due to higher transport costs—is part of how we do that. The JA is a law that disincentivizes domestic supply chains and puts the thumb on the scale in favor of buying imports—with access to more efficient shipping—instead of American products. And it makes it impossible to buy some American products (e.g. ship bulk LNG to Puerto Rico or LPG to Hawaii). As a free trader I have no problem with imports, but it’s OK to buy American products too. At the very least, that’s something Americans should be able to do.

Otherwise the nation loses the ability produce those essential goods or services, and large numbers of workers lose their jobs with resulting social instability.

Not quite sure I buy the jobs argument. By this rationale we should also oppose technological progress, as that also leads to job loss/churn as jobs are automated away. But I’m open to government support for certain industries in certain cases. It doesn’t make sense for us to buy aircraft carriers from China, for example, and to buy them from Newport News instead. I also don’t oppose the Maritime Security Program. In fact, I’d have no problem expanding it in conjunction with a repeal of the JA. I’m not opposed to subsidies linked to genuine national security needs. I just oppose failed protectionism with opaque costs.

The U.S. maritime industry is a prime example of a key industry which thrived while being subsidized and protected, beginning in the 1930s. This was done for two purposes: national defense and a stabilized workforce. The subsidies were removed a half century later and the USMM dwindled accordingly.

The U.S. maritime industry has been protected since the Tariff Act of 1789, and foreign ships completely banned from domestic trade since 1817. The industry has also been uncompetitive since roughly the switch from wooden and sail ships to those of iron and steam—perhaps the mid-1800s and definitely by the late 1800s. Here is a NYT editorial from 1899 discussing the sad state of domestic shipbuilding despite all of the protectionism they had been given (“so drugged and hypnotized by decades of prohibitory protection”): Ships and Subsidies (NYT, 1899) - Google Drive

The merchant marine has been in a sad state for a long time, interrupted only by subsidies introduced in the 1936 MMA and vast government shipbuilding during WWII. But in the decades that followed the fleet started to resume its prior decline as many of those WWII-built ships aged out of service, and was it was already much smaller than its postwar zenith when the construction differential subsidies were phased out in 1981 (end of ODS didn’t come until later, and that was on a de facto basis replaced by MSP subsidies).

The Cato Institute is probably against the concept of subsidies. Are they targeting the U.S. oil industry and U.S. agriculture, probably the two biggest recipients of U.S. taxpayer subsidies?

Pretty sure most of us aren’t big on subsidies. My colleagues have definitely covered ag subsidies in the past: https://www.cato.org/commentary/examining-americas-farm-subsidy-problem, Reforming Federal Farm Policies | Cato Institute

Less familiar with what my colleagues have written regarding energy.

The protectionist US Jones Act for shipping between US ports has literally helped fill Russian President Vladimir Putin’s treasury.

This is the opinion of the American Colin Grabow, who is a researcher at the Cato Institute in Washington DC, a think tank that promotes the free market economy. According to Grabow, the Jones Act has resulted in hardly any merchant ships being built in the US, because construction costs are five times higher than in other countries.

American shipping companies that carry out domestic transport are obliged to order ships from American yards, which drives up prices in the absence of competition. As a result, they have little or no tankers for the domestic transport of oil and gas, even though these energy carriers are available in abundance in the US. “That has led to the importation of Russian LNG into New England and Puerto Rico and Russian oil to refineries on the Atlantic coast,” the researcher said.

Gasoline prices in the northeastern US states have risen sharply in recent months, in some cases making it worthwhile for suppliers to hire expensive US tankers. The region is normally supplied for the most part via the 3,000-mile Colonial Pipeline between Houston and New York, but it has been running at maximum capacity for some time.

In recent weeks, a number of suppliers have also used a “shortcut” from the Gulf of Mexico through a terminal in the Bahamas southeast of Florida, Reuters news agency reported. After all, interim unloading of the fuels in the independent island state and then loading them into another ship constitutes international transport, which does not fall under the scope of the Jones Act.

Unfortunately, all of my supporting links were removed from the Splash247 piece from which this article is drawn. So here they are: 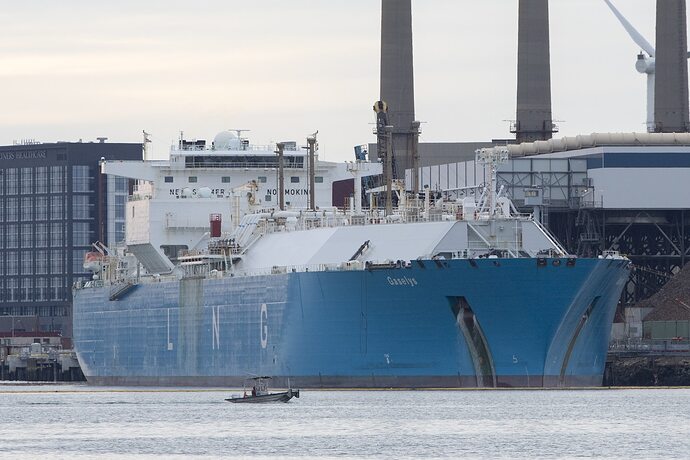 Treasury sanctions prohibit help in financing the Yamal facility — but not the purchase of gas from it. 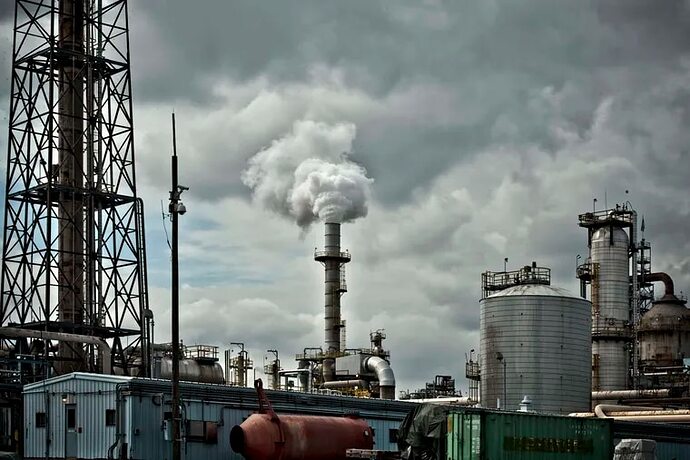 About 15% of Russian crude oil imports to the U.S. last year went to a Delta Air Lines refinery outside Philadelphia. 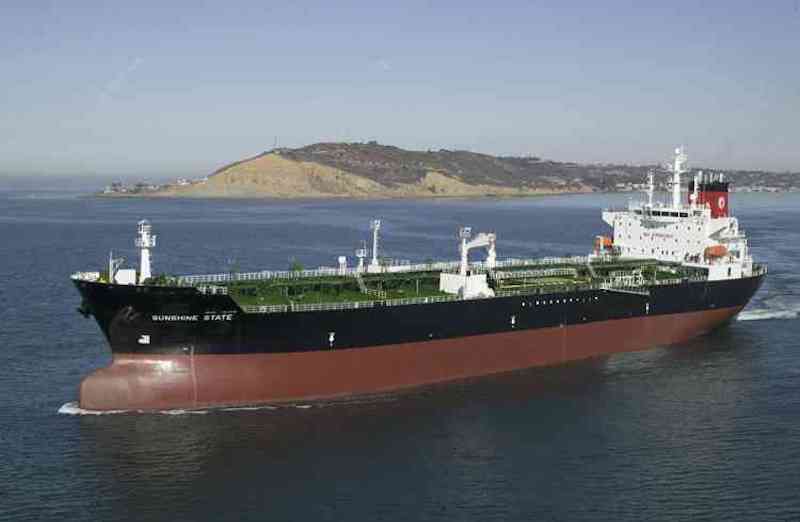 By Chunzi Xu (Bloomberg) — New York gasoline inventories are so low that suppliers are resorting to expensive US vessels to move fuel into the region and allay the potential for... 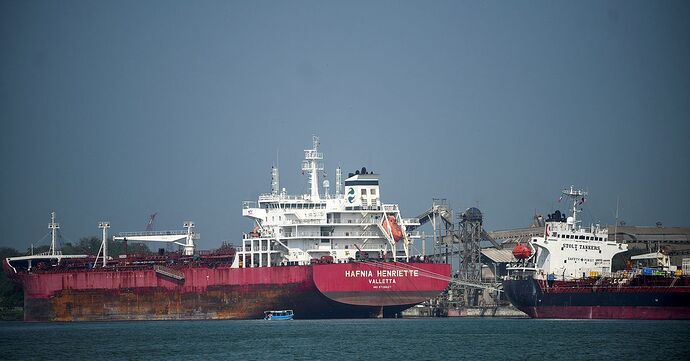 U.S. oil companies are working around a century-old shipping law to supply fuel to the U.S. East Coast, according to data from Refinitiv and oil trading sources, as high demand for gasoline and global disruptions in fuel markets sent prices higher.

Not expensive enough that anyone would notice. We’re talking around a penny per can of soup in Puerto Rico at most.

I absolutely guarantee that if the Jones Act were eliminated prices wouldn’t go down, companies would just make a tiny bit more money.

If it’s so minor then there is no need for the law and JA carriers should be able to compete. Superior reliability that the JA carriers regularly tout should trump a mere 1 cent per can cost increase, no?

Who funds you, Colin? The Kock brothers?

You are addressing a forum of mariners who put food on their tables with the dwindling jobs being protected by these laws. You will not find much quarter here.

I notice you neglect to mention any of the long standing cabotage laws that other countries have or the rampant subsidization that many other countries employ in their own merchant fleets.

As one of my favorite Captains used to tell those who had overstayed their welcome onboard, “the gangway works both ways.” You can head down to the dock now.

You are addressing a forum of mariners who put food on their tables with the dwindling jobs being protected by these laws. You will not find much quarter here.

None expected nor asked for. Always enjoy these exchanges.

I notice you neglect to mention any of the long standing cabotage laws that other countries have or the rampant subsidization that many other countries employ in their own merchant fleets.

Oh, I have mentioned other countries’ cabotage laws on numerous occasions, pointing out that they are almost invariably less restrictive than the Jones Act. I’m not aware of a single country other than the United States that requires all vessels used in domestic trade to be built in that same country: https://twitter.com/cpgrabow/status/1369340994789969923

That the United States attempts to promote the development of its merchant marine by artificially inflating the cost of new vessels is absolutely crazy. Crazier still is that so many mariners go along with it.

Patriots. People who love this country and want to see it freer and more prosperous.

People who love this country and want to see it freer and more prosperous.

Right. People who want to sell our country to the Chinese because a few rich assholes have them so fooled that they vote against their self interest.

“the gangway works both ways.”

I overheard an old CM of mine use a similar phrase with a reluctant OS. “There’s the gangway, McDonalds is hiring.”