One more question that might be interesting to the group: anybody know of a novel that includes heavy weather trials and decision makings for large-ish vessels? Even age of sail books might be useful if they get into what choices the crew need to make. On the other hand, something like “A Perfect Storm” is more about the drama of the rescue and the weather event (and smaller ships). Wondering if there is a “storm waves classic” out there someone has read! 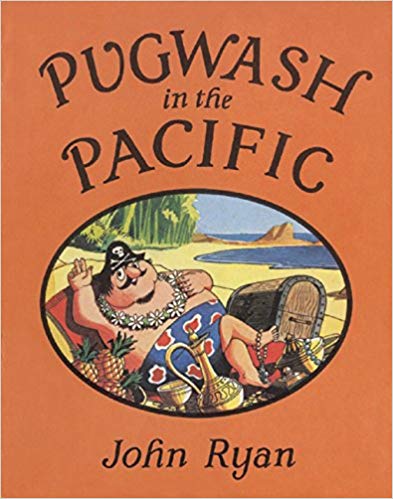 One more question that might be interesting to the group: anybody know of a novel that includes heavy weather trials and decision makings for large-ish vessels? Even age of sail books might be useful if they get into what choices the crew need to make.

I think the paradigm you’re employing needs to be shifted, you’ve asked about how humans evaluated and made decisions in heavy weather events or how things felt under their feet and decision making. But these all aren’t really relevant to autonomous operation. A human crew will make decisions based on their estimations of risk including and predominantly as it relates to themselves both as life safety issues, human estimation of risk to vessel or cargo/equipment (often unsupplemented by data telemetry beyond an inclinometer) and to some extent even comfort. An autonomous operation suitably informed with extant ability to determine the ‘health’ of the ships’ systems both mechanical and physical against the forces it is experiencing and projected to encounter as well as limitations is an easier equation and will be able to react better since it will have a more comprehensive understanding of the limitations built in. Few to no skippers today have constant telemetry such as described in the sensor web in that paper I linked, DP environmental monitoring systems are close but imagine a linked DP system to hull condition and machinery. Moving thru heavy weather, monitoring the angles of inclination, forecasting them, since the accelerometer data will be able to tell exactly how much the ship will roll at each instant. A master or a Chief will wonder at the angles of inclination that may eventually trip the main engines, designed for a certain limit but the machine will know. And this will then lead to machinery that gets designed for a higher level of inclination. How much of the machinery systems rules are predicated on the idea that humans will be onboard? Class rules for machinery operation at inclination, final angles of stability and lifeboat escape, all not relevant. The machine just has to react to the sensor input, and react to the set points accordingly.

This is an interesting point of view, and I agree with a lot of it. An autonomous system will have to be designed to not NEED to worry about many things a human crew does, and a well-designed autonomous craft would differ significantly from ships intended for human operation. However, it is my experience that there is a lot of wisdom in the small things that a savvy human operator of any system is paying attention to, and it is smart, when deciding WHICH sensors are needed, to pay attention to them and make sure the KEY sensors are there. I think this is reflected in the paper you sent - a sensor web provides more quantitative data, but hopefully its software system would reach the conclusion that the ship is in danger at around the same time a skilled captain would think the same thing. It is also important to remember that no final system ever has ALL the sensors you might hope it would, for cost and complexity reasons. I think it is important to remember we are just at the very start of this. “Autonomy” will probably not mean “full autonomy” for a very long time, if ever. Sea trials and remote control and other stages need to be passed with humans in the loop. I can see, however, that you are thinking forward many years, which is very valuable. Thanks for your post!

Cargo. People. Already addressed by others.

Other things, for example, a cargo ship wouldn’t expect to list more than several degrees so things like tank bell mouths and sumps are built with that in mind. Crews know that a bad list or roll angle could kill the engines. An autonomous warship could be built with tanks and sumps to handle extreme angles making rolling even in very high seas a minor afterthought.

This is an interesting idea that brings up other questions about “normal” operation in heavy seas - If the most direct heading for a large ship would bring it broadside to large waves, what do they do? Try to head into the waves for survival, keep their heading and accept severe rolling, or split the difference in some way? I am guessing it depends on how threatening the waves really are, but I wonder if there are several ways to “split the difference” and stay safe while not going too far off course. I am sure this is covered in one of the references that I have not yet received…

In certain conditions a ship will roll heavily, if mariners are not aware of the phenomena of parametric rolling it will seem inexplicable. For example the seas can be from dead ahead and the ship will take quick, heavy rolls. Parametric rolling is an unstable phenomenon, which can quickly generate large roll angles that are coupled with significant pitch motions. The rolling occurs in phase with pitch

I can only speak to the lower end of your range, but first thing is autopilot OFF. You can always tell when a new helmsman comes on duty, you’ll get woken up CRASH BANG as the new guy misjudges the waves. It is more like an art then a science, you feel with your feet and maybe your hands depending on if the steering has feedback or not, you listen to the wind, you watch the waves, you eventually get to the point where you know steering just like this eases your way through when a little bit off results in a rough ride or extreme rolling.
Downwind is even more fun, you almost need to have ESP. You know before it happens that the stern is about to move hard starboard and you know just when to take that correction out before she goes hard the other way.
More towards the 1,000 foot end of the scale I have no idea, maybe they just set the autopilot and suffer whatever ride they get out of it.

We keep it on the mike as much as possible because hand steering requires calling out a second AB for watch, something we try to avoid as it leads to fatigue and work/rest peroid problems. The ship autopilot aka the iron mike uses adaptive auto steering, in other words it learns how to steer, the longer its engaged the better it does. If the ship goes off course the “off course” alarm sounds and the normal response is to switch to hand steering to get it back on course and than switch back to a…

Old rule of thumb;Ship rides best taking the waves “2 POINT OFF THE HEADING”.
Of course the speed has to be adjusted as well to get the best result.

Regarding “2 Points off heading”:

Does that mean 2 degrees off of straight into the waves? Couldn’t the direct heading be in any direction relative to the swell?

You need the sea off the bow to ease your motion otherwise you are just crashing up and down.
Going in at an angle reduces the pitching somewhat and increases the rolling a bit.
It is a matter of trial and error to find the best angle of attack with the best matched speed.
I don’t think that accelerometers can do that yet; at least our active fin stabilisers can’t.
Very much seat of the pants as previously mentioned.

In the navy angle on the bow refers to the bearing to you from another vessel of interest. Zero would be its bow aimed directly at you. 90 would be a full side view (from either side).

Ah! Sorry, I knew that (once) just missed it. So the swell is coming in 2 points off of the heading of the vessel. Got it. Thanks.

Big long swells can usually be taken head on with no discomfort. Things get sporty when heading into big steep waves. They’re best met at an angle.

I have read (like here) that modern autopilots can handle large waves and perform sculling and other course corrections as well as human pilots in many high-wave situations. Anyone out there have experience with this? Does this exist for larger ships, or is the autopilot pretty much keept to a straight course?

When hove-to in a head sea a smaller ship slowing down and a larger ship turning to take the seas slightly at an angle are more or less accomplishing the same thing. Increasing the amount of time the ship has to lift over the swell. In one case lower speed in the other increased distance.

I assume most large ships autopilots are going to be for course keeping / fuel savings. Large, fast ships are typically not going to spend much time in heavy weather. For one weather routing has improved a great deal over the less decade or two so it’s easier to avoid and for another larger ships might only make adjustments to course / speed in seas where a smaller ship would be forced to hove-to.

Unless conditions are extreme or speed is too slow, a good autopilot will out steer a man most of the time. ‘Work Mode” on the autopilot is especially advantageous.

I don’t trust autopilots programmed to follow a gps route, but if I were buying the fuel I’d insist that they be used. They follow a track much more closely than a man with continuous instant set and drift adjustments.