Hamilton, Bermuda, May 26, 2014[/B] - North Atlantic Drilling Ltd. and Seadrill Limited are pleased to announce that an Investment and Co-operation Agreement (“the Agreement”) has been executed with Rosneft in order to pursue growth opportunities offshore and onshore in the Russian market through at least 2022. As part of these proposed opportunities, NADL will enter the onshore drilling market in Russia and enter into contracts for multiple offshore assets. In addition Rosneft will be acquiring a significant equity stake in NADL.

NADL has already contracted to drill the first two wells in the Kara Sea, as part of Rosneft and Exxon’s joint venture during 2014 and 2015.
As part of the Agreement, a number of long term contracts for NADL’s near-term availability are expected to be signed as well as a commitment to future contracts and newbuild projects. The Agreement envisions initial employment of up to 9 offshore rigs to Rosneft with a total commitment of 35 rig years.
Closing of the transaction is expected during the second half of 2014, subject to customary due diligence, negotiation of detailed transaction terms, and respective Board approvals.

The Company’s operations in Stavanger will continue as today and will focus on the current operations and future growth. The strategic partnership is likely to entail opening up of other regional offices to serve local growth in demand. Overall activity levels are expected to increase significantly and provide employees with attractive opportunities.

Seadrill, after the initial transaction, will remain the largest shareholder in NADL. The Board is confident that the Agreement with Rosneft will strengthen NADL as the leading harsh environment drilling company. It will position NADL to uniquely increase the value for all of the Company’s shareholders and make it an even more attractive workplace for the employees.

Alf Ragnar Lovdal, Chief Executive Officer of NADL says in a comment, “We have sought to access the growth opportunity represented by the Russian market for several years, and we are very pleased to have reached an agreement with Rosneft for this landmark transaction. The Russian market is one of the most attractive opportunities in the world and offers tremendous growth potential for North Atlantic Drilling. By partnering best in class drilling with a supermajor who produces over 5m barrels per day, we, after closing of this transaction, will have created a powerful force in the Russian market and for Arctic regions on a global basis. We look forward to closing this important transaction and working with Rosneft for many years to come”

[I]NADL is an offshore harsh environment drilling company with focus on the North Atlantic basin. The company has nine drilling units in the fleet, including five semi-submersibles, a drillship, and three jack-up rigs. Seadrill Limited currently owns 70% of the outstanding shares and the company is listed on the NYSE and Norwegian OTC with a market capitalization of approximately US$2.1 billion.[/I]This information is subject of the disclosure requirements pursuant to section 5-12 of the Norwegian Securities Trading Act.

If this happens I say kick Seadrill out of the GoM as sanction for Czar Vladimir’s Ukraine power grab as well as to prevent the Rooshins any presence in the USA offshore industry!

[QUOTE=c.captain;138170]If this happens I say kick Seadrill out of the GoM as sanction for Czar Vladimir’s Ukraine power grab as well as to prevent the Rooshins any presence in the USA offshore industry![/QUOTE]

My thoughts exactly. Seadrill should have to choose between getting into bed with Putin or continuing to do business in the West. The situation in Ukraine is going to get a lot worse before it gets better. Sanctions are the only thing slowing Putin down.

Unfortunately, Obama’s half-hearted sanctions will probably not stop Putin from eventually taking over Ukraine, but then the effect of future sanctions after the take over will eventually force the weak Russian economy into a recession. That will in turn drag the entire global economy back into recession. We are screwed either way.

What about Exxon? Would you be willing to see Exxon and Chevron booted from their lucrative Russian operations and replaced with Shell or Total? Should we mandate they cease all Russian projects and investment? Banning the aforementioned Sea drill deal would no doubt jeopardize their existing and future investment opportunities (read taxable revenue remitted to the treasury) all for a failed half assed over reach of incredibly shitty foreign policy. In my view, if we lose investment, we lose complete control. 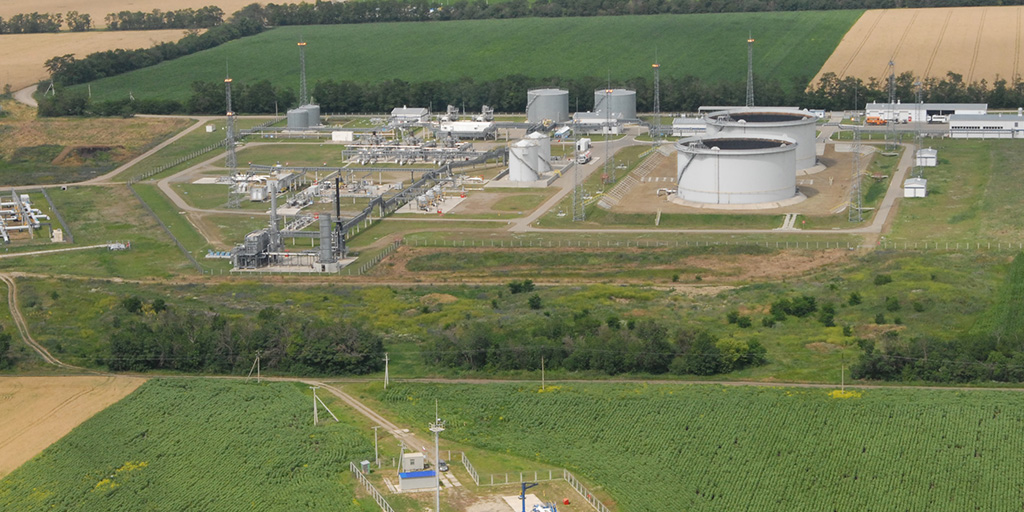 Chevron is one of the largest energy-industry investors in Russia, and we license leading technologies to Russian oil companies. 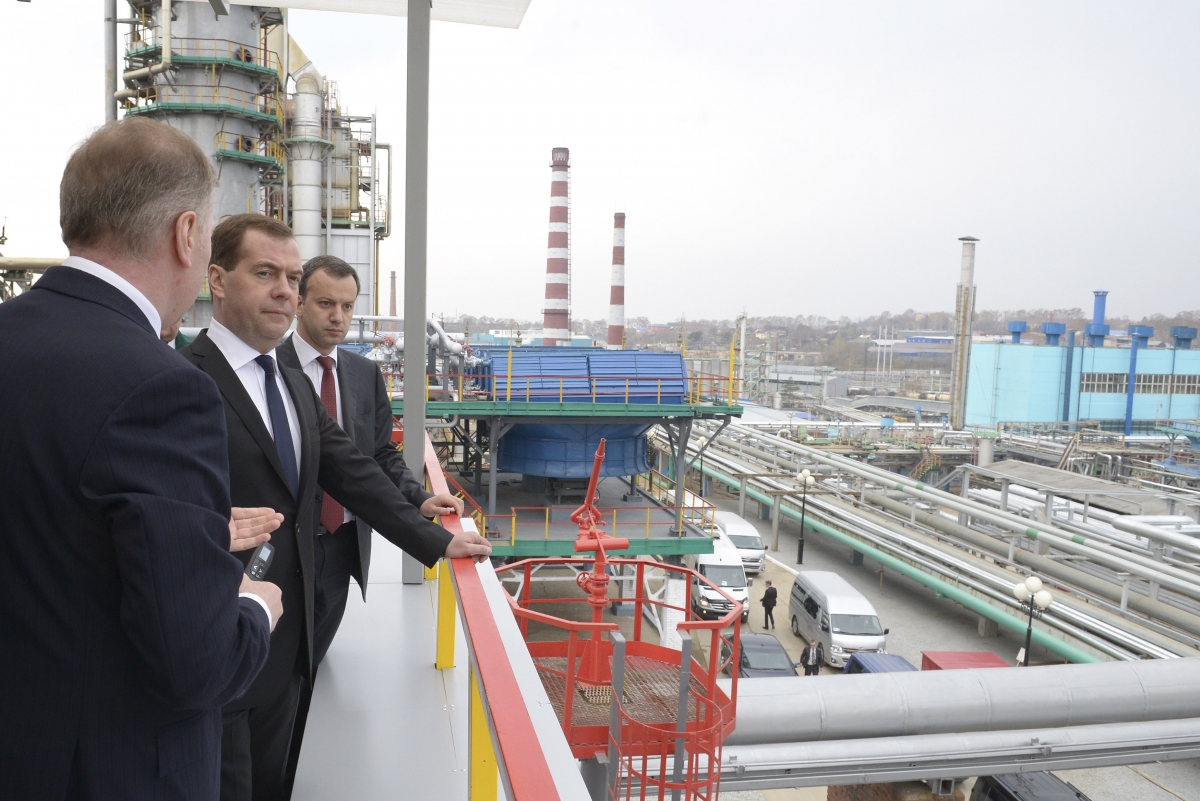 During the Syria debacle I posted a report to congress concerning Europe’s energy security (submitted August of 2013). It’s 33 pages and reads pretty quick. If nothing at all read the summary, that will tell you exactly what the crisis in Ukraine is about and why we keep our toes in the pool in Syria.

[QUOTE=lm1883;138188]Would you be willing to see Exxon and Chevron booted from their lucrative Russian operations and replaced with Shell or Total? Should we mandate they cease all Russian projects and investment? [/QUOTE]

Because Czar Vlad needs to have his kneecaps broken and the best way to do that is to cut off his access to money from the West. Exxon and Chevron are providing him that. Shell and Total also need to be prevented from doing business with that Rooshin Dictator in everything but name. Hell, the man revers Joseph Stalin for Christ’s sake! He’s a megalomaniac!

The western oil majors can invest their money in other energy provinces until Russia gets aboard with the world. Putin is charting a dangerous path and needs to be stopped before he gets too powerful!

Russians that I have talked to see it different. They liken the affair to our Cuban Missile Crisis. To them, the see US policy in Ukraine, and Europe as a whole, as a clear security threat, and a violation of agreements that were set in place in the late 1990s. Putin, most Russians have said, has overstayed his welcome, but all give him credit for “rebuilding the Russia from nothing” after the post Soviet collapse.

Most Ukrainians that I have asked about the situation are irked that they have to choose between East and West. Blame is assigned to the US for creating the current unstable situation, and Russia for exploiting it. They have also told me that the coming austerity program that they will have to follow as a precursor to IMF loans and EU trade agreements will be crippling for the average Ukrainian and will negatively impact the quality of life. They are dismissive of Yanukovic being gone, as he was viewed as pretty corrupt, the jury for them is out about the new government and president.

I actually spoke with some Crimean guys and they were very happy to be going back to the Russian federation. As Ethnic Russians it was clearly felt that the new government in Kiev was going to be rather punitive and that Russia offered better quality of life than remaining in the Ukraine.

I think this is all about energy resources and who controls them. Russia out maneuvered us in Syria, so we are taking it to his neighborhood. In the end, Putin has the real advantage. European Industry and most Europeans (all that i have talked to save one) are not supportive of US policy for a number of reasons, most notably because of the negative economic fallout that comes with fucking with your gas company. You don’t see France canceling Russian orders for assault ships, do you. Europe could care less and I guess I don’t either.

IMHO I think its crazy to lend a country like Ukraine $35 billion of money we don’t have that they can/will never repay. I simply don’t care if Putin takes ukraine, as He is welcome to that money pit. If he has further expansionist designs, that will become evident soon enough, and then all these ungrateful anti-american western Europeans can deal with it for once. The policy is vague, the leadership is poor, and the cost prohibitively expensive.

But I guess if we all are talking about this stuff, we probably are not paying attention to municipal bankruptcies, failing pension funds, high unemployment, rising healthcare costs, etc…

[QUOTE=lm1883;138236]Russians that I have talked to see it different. They liken the affair to our Cuban Missile Crisis. To them, the see US policy in Ukraine, and Europe as a whole, as a clear security threat, and a violation of agreements that were set in place in the late 1990s. Putin, most Russians have said, has overstayed his welcome, but all give him credit for “rebuilding the Russia from nothing” after the post Soviet collapse.[/QUOTE]

Just as I am sure that most Russians just loved old Uncle Joe for his 30 years as Soviet Dictator! Doesn’t mean one damned thing what the people think when you are a despot! As long as you have enough muscle to keep you in, you’re in for life and that my friend is Vlad the Impaler in spades even!

the corruption in the Ukraine was affecting its GDP hence I see why the ethnic Russians said we may as well go with Russia and Putin said thanks for that
Look where the guy that caused it ran to???
Small win to Putin but a long term loss for all

[QUOTE=powerabout;138288]the corruption in the Ukraine was affecting its GDP hence I see why the ethnic Russians said we may as well go with Russia and Putin said thanks for that
Look where the guy that caused it ran to???
Small win to Putin but a long term loss for all[/QUOTE]

I don’t know why Russia has seen Ukraine as some threat but look at how Stalin staved the Ukraine in the 30’s and then cleansed it after WWII to tell you that this has always been the case. Is it because Ukraine is both very fertile and an industrial nation or because of its having a long coastline on the Black Sea.

Yanokovich was a huge scumbag and Ukraine is better for his being ousted. Now Putin sees a chance to grab a large portion of the nation to bring back to a new defacto Soviet Union and Ukraine is fighting back. I hope Putin loses but it will be hard for Ukraine forces to stop him unless they get help from the West. Why is it so terrible for the Ukraine to want to be closer to the West anyway? We should support them in their efforts to remain an independent autonomous nation free of the thuggery of Czar Vladimir.