One Model Nailed Hurricane Ian’s Track While Another Busted Completely 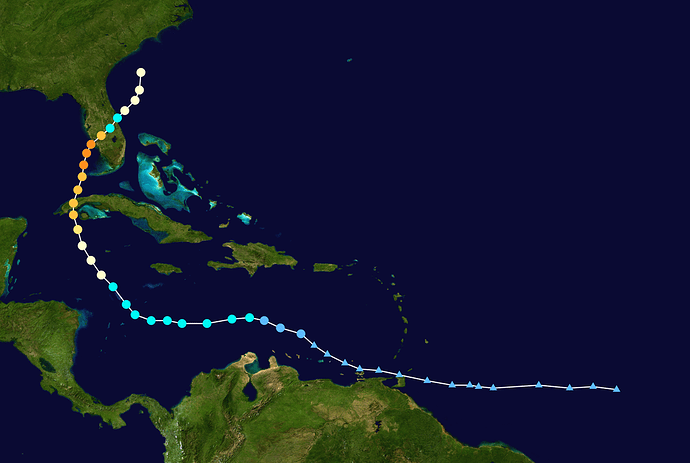 One Model Nailed Hurricane Ian’s Track While Another Busted Completely

GFS and ECMWF models. GFS errors may have contributed to the tanker Sunshine State’s avoidance issues.

Or this Crowley Captain didn’t error on the side of caution like he should have?

We lived in Fort Myers Beach from April 2016 to March of this year. All 585 homes in our previous community were flooded.

While the actual landfall point for Ian was hard to predict, due to the direction of storm movement and the angle of the coast - with other factors as well - Fort Myers Beach was within the Cone of Uncertainty for FIVE days before landfall. Lee County honed in on the Tampa prediction and failed to take action as required by their own emergency preparedness documentation. The two counties to the north and south led by about 24 hours.

We left that area due to the increasing costs of homeowners and flood insurance, plus my stress level during the second half of hurricane season. I have too many “up close and personal” experiences with Force 10-12 both at sea and on land. New CBC home in Mount Dora, FL is rated for 140mph winds and the foundation elevation is 172.5ft.

Yes, there may have been more than a single contributing factor. The captain having his head up his ass may have contributed as well.

The captain having his head up his ass may have contributed as well.

Can’t see what’s ahead unless you have a glass navel.

The captain having his head up his ass may have contributed as well.

The article in the OP is behind a paywall for me now. Here’s another article. 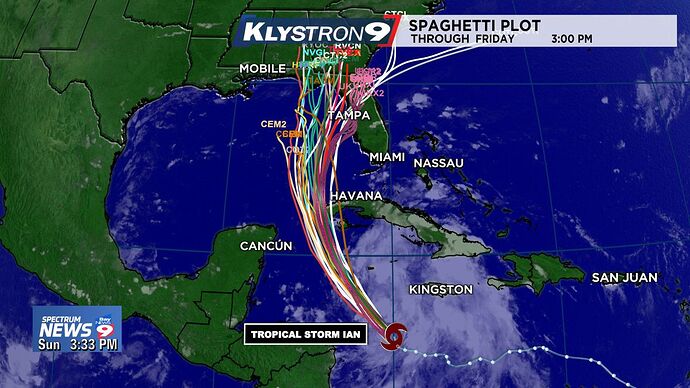 How reliable are hurricane models? Hurricane Ian gave us some answers.

Experts say that no one model is the best, instead meteorologists look to the average of them all to inform their forecast.

With Hurricane Ian, the individual models that performed best depend on the time frame, but overall, the UKMet model, the United Kingdom Met Office’s global forecast model, and the COAMPS, a hurricane specific model, were best, Masters said. Both models are publicly available, according to the Hurricane Center’s list of models.

The worst individual model for predicting Ian was the GFS, which was actually the best performing model on average in 2021. The GFS model had Ian moving into the Panhandle — a nearly 400-mile miss. 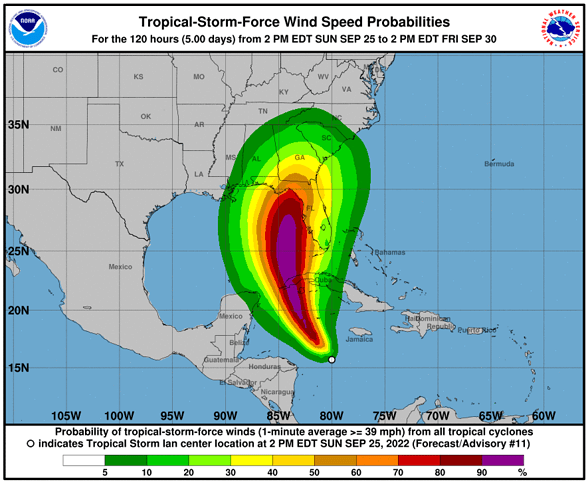 The article in the OP is not a very good one. The GFS model had relatively large errors but the NHC’s forecast didn’t rely on that single model but instead used a blend.

Here’s a WP article. I don’t there’s a paywall.

How a trusted weather model fumbled the forecast for Hurricane Ian

Each of the Hurricane Center’s periodic updates to Ian forecasts, after all, represented the full spread of those predictions, accounting for “the uncertainty inherent in all numerical prediction models,”