Norman Atlantic on fire off Greece

A 2009-built Ro-Pax ferry is on fire off Greece in the Mediterranean. There’s almost 500 passengers and 200 vehicles on board, and the rescue operation is not going that smoothly due to heavy weather:

Passengers aboard a car ferry that caught fire off the coast of Greece early on Sunday pleaded for help as rescue vessels struggled to approach the burning vessel in high winds and rough seas.

The Norman Atlantic, carrying almost 500 passengers and crew and more than 200 vehicles, was 44 nautical miles northwest of the island of Corfu when it sent a distress signal after a fire started in the lower deck, Greek coast guard officials said.

It was unclear whether there had been casualties or if any passengers were in the water, though one man on board said strong winds were stopping rescuers from getting close.

“We are burning and sinking, no one can save us,” Nikos Papatheodosiou told Greek TV by telephone. “Please help us! Don’t leave us,” he said before hanging up.

Passengers said they were waiting on the upper deck of the ship as Shipping Minister Miltiadis Varvitsiotis said the combination of very bad weather, with winds of up to 55 miles (88 kilometres) per hour and the fire, made the operation extremely complicated.

“We are doing everything we can to save those on board and no one, no one will be left helpless in this tough situation,” he told reporters. “It is one of the most complicated rescue operations that we have ever done.”

He did not confirm earlier reports that as many as 130 people had been rescued, saying only that 35 people had been able to board a nearby container ship, the Spirit of Piraeus, from a rescue boat carrying 150.

Conditions made it difficult for the boat to re-approach the cargo ship.

Varvitsiotis said there were 478 passengers and crew aboard the ship, more than the 466 originally reported. Of those, 268 were Greek. There were no immediate details of the nationality of other passengers.

While rescue vessels and aircraft had been dispatched to the scene, early rescue work was being coordinated from nearby passenger and cargo ships. A fire-fighting vessel was trying to approach the ferry.

The fire broke out in the lower deck garage of the vessel but there were differing reports of when it started. Initial reports said the fire began at around 6.00 a.m. local time (11.00 p.m. EST/0400 GMT) but Italian officials put the time at 4.30 a.m.

Officials said both Italian and Albanian authorities were taking part in the operation, which was being conducted in extremely difficult conditions with strong winds, heavy seas and very cold temperatures.

Rescue helicopters and a C-130 search-and-rescue support aircraft had also been sent. 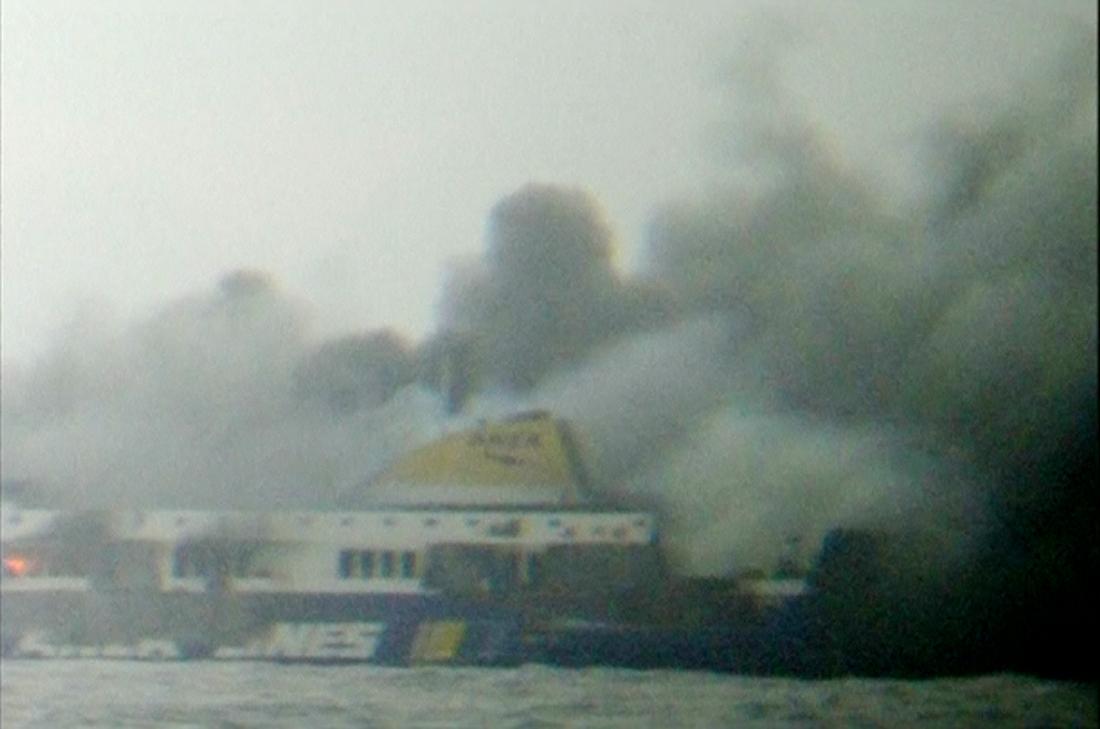 Italian and Greek helicopter crews worked into the night to airlift passengers off a burning ferry adrift in the Adriatic Sea, battling darkness and bad weather that hampered rescue efforts by other ships throughout Sunday.

Record of the vessel, added couple of weeks ago, from Paris MoU database: 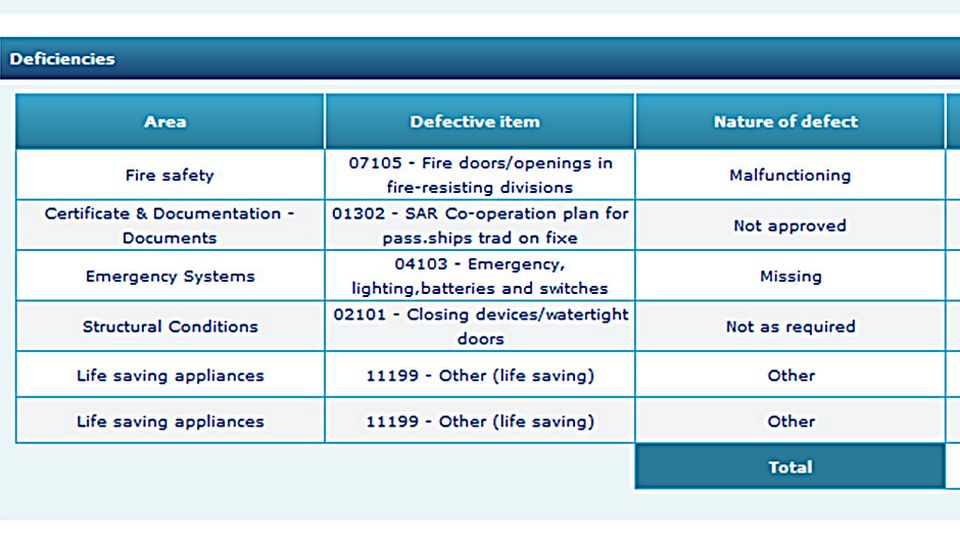 This ship is barely 6 yrs. old?
Makes you wonder who they hire to take care of it huh?

an update to the story

The ferry is being towed to the Albanian port of Vlora. It is being followed by tugs from the Italian salvage company Barretta that have been appointed by the prosecutor in Bari, Italy, to take judicial custody of the ferry on its arrival.

Meantime, there is confusion over how many may have died in the incident. In addition to the two Albanian seafarers at least ten of those on board the ferry are known to be dead and there are fears that there may be other bodies on the ferry, including illegal immigrants.

Though the ship was officially carrying 478 people, including 56 crew, some of those rescued were not listed as on board. One reports cites Italian navy Admiral Giovanni Pettorino as saying 80 of those rescued had not been on the passenger list at all. Other reports suggest that some of those listed may have been no-shows.

The captain of the Norman Atlantic, Captain Argilio Giacomazzi, was the last person to be rescued off the ship and his behavior is being contrasted with that of Costa Concordia captain Francisco Schettino. However both Captain Giacomazzi and owner Carlo Visentini are being investigated with prosecutors considering charges that could include multiple manslaughter and negligent injury.

so maybe they have 300 ‘extra’ -‘undocumented’ folks aboard, I guess sometimes you try to make a buck but his seafarer character is somewhat intact! (last to depart ship)