Movie Trailer for ‘The Finest Hours’ 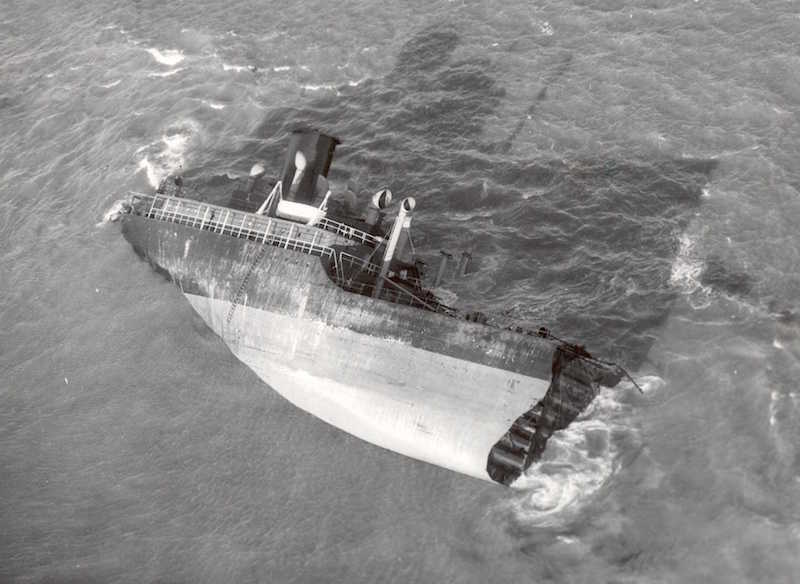 Disney has just release its first trailer from its new film The Finest Hours, based on the remarkable true story of “the greatest small boat rescue in U.S. Coast Guard history.”

The film tells the story of the SS Pendleton, a 10,448 gross ton “T2″ tanker which broke in half during a fierce nor’easter while off the coast of Cape Cod on February 18, 1952.

Of the 41 crew members onboard when the tanker broke up, (spoiler alert) 32 survivors were rescued by the four-man crew of a 36-foot motor lifeboat after the stern section of the Pendleton ran aground in Chatham, MA. The nine crew who lost their lives included eight who were stuck in the forward section of the tanker when it broke and the ship’s cook, the last one off the vessel, who was tragically (and horrifically) killed after falling into the water during transfer to the lifeboat.

A great article about the disaster and daring rescue can be found on the Coast Guard’s website.

The film is directed by Craig Gillespie and stars Chris Pine, Casey Affleck, Ben Foster, Holliday Grainger, John Ortiz and Eric Bana. Release is scheduled for January 29, 2016 in the U.S.

Here’s the trailer below: What about this one?

It looks like a big turd, but I’ll probably see it in IMAX 5D no less.

sure is a lot of drama!, I can’t help but think most mariners would end up spying all the bs which would sort of cheapen it. Not like those scenes from ‘‘the key’’(?..about tugs operating off english coast in ww2) someone put on here a while back from the 50’s!, totally believable.