Disaster At Sea - Photos of Maritime*Destruction 2006 sinking of the Twin Star near peru:
<img alt=“ship broke in two and started sinking after collision at sea” title=“Sinking Ship Photo” src=“http://gcaptain.com/maritime/forum/extensions/Attachments/image.php?CommentID=23&File=ship-broken-in-two.jpg&Type=Image”/> Here’s some video of the FLIP in action* “The Seawise Giant” biggest tanker in the world! I’m not sure if this is the same ship: 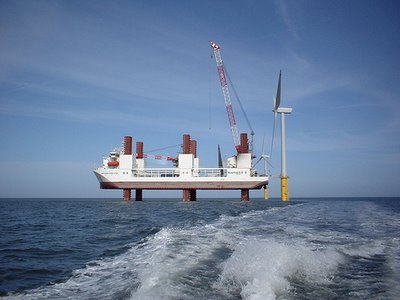 by flickr user antwelm and aupeter100 taken after the Video Here. Gordon of [Hunter’s Best informs me that Alberto Pachino’s (if that’s your real name;) above storm pictures are of the bulker “Selkirk Settler”.

<cite title="Boat Nerd]<font face=“Arial” size="1]The storm pictures below were taken during
a North Atlantic storm February, 13, 1987 on an eastbound passage from
Tampa, Florida to Ghent, Belgium with a load of phosphates. The
pictures were taken by Capt. George Ianiev, who was the ship’s Second
Mate at the time. The big blue wave was the largest wave the ship
encountered during the storm; seeing it hit the ship made the vessel’s
master question whether they would survive the storm.</font> </cite>

Thank’s for the info guys.

Here are a couple from the OMI CHARGER: