Pathways of the Birds by Andrew Crowe. Just finished an excellent book on how the Pacific was populated prior to being discovered by Europeans. It is an excellent read about early voyaging and navigation in the Pacific, and how the Maori ended up in New Zealand. Very well research, including over 43 pages of end notes. The author is from New Zealand.

[Pathway of the Birds: The Voyaging Achievements of Māori and Their Polynesian Ancestors by Andrew Crowe]

Very interesting navigation methods. It took about 20 years to become a navigator.

It also comments on their oral history, which was memorized. When Europeans introduced Western diseases, about 80% of the populations died. In 1890, a Maori recited a table of 1,400 ancestors that went back 34 generations. It took three days to do it.

Looks like many of the old links about books have been closed. Thus, a new one.

I ended up going down a similar path only in the Atlantic.

Crosby’s "Ecological Imperialism which I posted about here.

One of Crosby’s footnotes led me to: The Conquest of the North Atlantic by G.J. Marcus

The early voyages into the deep waters of the Atlantic rank among the greatest feats of exploration. In tiny, fragile vessels the Irish monks searched for desolate places in the ocean in which to pursue their vocation; their successors, the Vikings, with their superb ship-building skills, created fast, sea-worthy craft which took them far out into the unknown, until they finally reached Greenland and America.
G.J. Marcus looks at the history of these expeditions not only as a historian, but also as a practical sailor. Besides the problem of what these early explorers actually achieved, he poses the even more fascinating question of how they did it, without compass, quadrant, or astrolabe

First ran into Crosby from *"The Measure of Reality" Quantification and Western Society* which I got from the library but liked enough to buy a copy. Been working off the the footnotes and also read
Revolution in Time: Clocks and the Making of the Modern World by David S. Landes

Indigenous Continent got a very good review from Tyler Cowen at MR, It’s a long book but a good one.

Crosby’s Ecological Imperialism was the basis for Jared Diamond’s Guns Germs and Steel.

I’ve been using Crosby’s The Measure of Reality’s footnotes as a source for a reading list but “A Brief History of Timekeeping” by Chad Orzel is probably a better choice than Landes’ Revolution in Time, same subject more or less but Orzel’s book has less depth but much shorter.

I did end up reading The Perfectionists: How Precision Engineers Created the Modern World. At first it seemed like it was going to just be collection of short articles about the progression of engineering precision, Simon Winchester is a good story teller, but it’s a good book as a whole. I already knew about wabi-sabi from watching King of the Hill.

Important for Officers to know/remember merchant ships are economic tools. they exist for only one reason, to make money.

Heads up on Maritime Economics. It’s about 70 dollars from Amazon. Abe Books through Book Finder just bought a copy 8 Dollars including tax and shipping ,

Somebody has to pay for the Rocket and Yacht

Thanks for the tip, looking forward to it.

Martin Stopford has been the sharpest maritime economist for a long time.

yea, the perfectionists was great but being british a little trying at times, i’m reading his “the day the world exploded” now … about krakatoa explosion. there are some grim descriptions of being aboard ship when it was happening.

Just discovered an author who writes (wrote?) books about ships. He is well spoken of. Name of Anthony Trew, South African. Many of his books are available free from the Internet Archive Open Library.

Brian Callison is another. 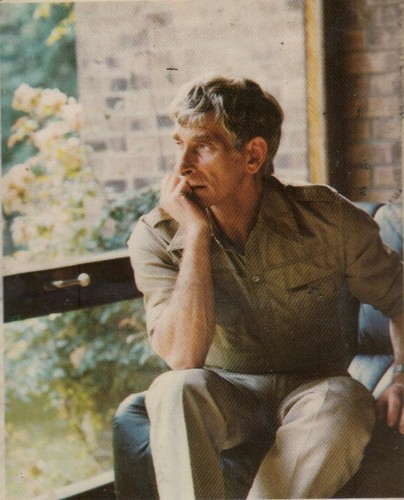 Author of A plague of sailors, A flock of ships, A web of salvage, Trapp's war, The Dawn Attack, Spearfish, Redcap, A Thunder of Crude