A coastal freighter and a fishing vessel crashed off of Norway. But here’s the scary part: The navigators on both vessels had working EYES & WINDOWS to look out from in BROAD DAYLIGHT with GOOD VISIBILITY.

But the NSIA (Norway’s NTSB) report is emphasizing the failure of the fishing vessel to use AIS??? Am I reading this right? How can they possibly be so concerned that a piece of technology that has only been around for 20 years is the cause of two vessels hitting each other? Especially when everyone knows fishing boats are notorious for turning AIS off. They even say the officer on the freighter was in the back doing “administrative tasks” for 30 minutes preceding the crash, but focus instead on implying the AIS was what caused the officer to not pay attention. Clearly both vessel operators are complete idiots. Only one idiot and no crash would have happened. 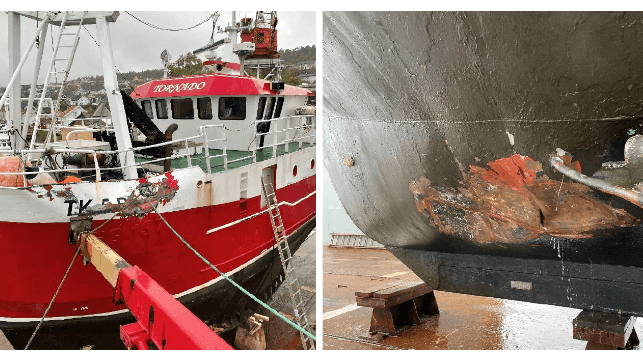 A recent run-in between a coastal freighter and a fishing vessel off Norway nearly ended in tragedy, in part because the trawler's crew disabled t...

From the NSIA report:

In the NSIA’s opinion, the use of navigational aids such as ECDIS and AIS resulted in the navigator, who was alone on the bridge of ‘MS Edmy’, making less use of traditional lookout-based navigation.

NOTE: NSIA does NOT alot blame, but try to define root cause of accidents and “lessons to be learnt”.
In this case they concluded that overreliance on electronic equipment and “lack of traditional lookout” was root cause.
That Tornado did not transmit AIS “was understandable, since they didn’t want other fishing vessel to know their fishing grounds”.
But since “The cargo ship’s bridge navigational watch alarm system, was deactivated” it wouldn’t make any difference to the awareness of the watch officer if the AIS was active. (??)

The next statement; “AIS transmission was activated 5–6 minutes before the collision” would have given ample time to avoid the collision if the BNWAS had been activ IMHO.

PS> My very first watch as a fresh 3rd Off. (on dispensation for age) was in this same area, but at night, with fog and a fleet of Russian herring drifters in operation. The Master left the bridge with the instruction; “Keep full speed and remember you are sailing on my ticket”.
No ECDIS, AIS or ARPA radar.
No problem, I looked out at the radar and out the windows.
(Nobody had told me that the radar had a 10 dgr, blind sector on Stbd. bow) 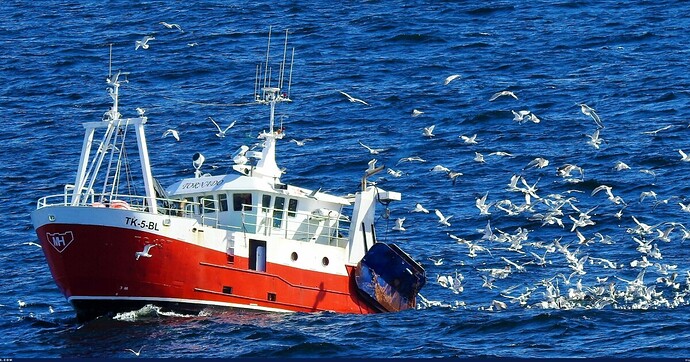 would have given ample time to avoid the collision if the BNWAS had been activ IMHO.

BNWAS, in my opinion, does not compel bridge watchstanders to stand a proper lookout. It succeeds at keeping them awake, but on versions where a motion sensor is not present I have observed watch officers develop an almost instinctive habit of walking over to the “button” to reset the timer to zero. They then go back to whatever it was they were doing. Usually some form of paperwork or data entry to satisfy regulators and company policies.

A properly set CPA alarm or auto plotting sector set up on the radars may have been better at preventing this, but in the end a proper lookout was not being kept by either vessel.

These days if you are not transmitting on AIS, you don’t exist , unless there is a crunch. There are very few proper watches

Usually some form of paperwork or data entry to satisfy regulators and company policies.

this: Foundations of Bridge Resource Management - #3 by johnny.dollar

BNWAS, in my opinion, does not compel bridge watchstanders to stand a proper lookout.

Now, I have never been on a vessel that had both a chart room, and motion sensors, but I think the hope would be the buzzer at least drags you out of the chart room ever 12 minutes, and hopefully noticing the AIS target on the RADAR or ECDIS, when a fishing boat may not always show up on RADAR. Proper lookout? no. Better than no lookout at all though.

Nordrott said:
I think it would be wrong to focus only on the cargo ship’s role in the accident, however serious it is. Surely you are not exempt from following the navigation even if you are trawling? There is also no doubt that using AIS is cheap insurance for smaller vessels like this. Had there been bad weather and/or poor visibility, the collision could have occurred even with satisfactory watchkeeping.

What if this had been an even smaller boat, which typically does not have AIS at all?
(Google translation)

Nordrott said: Had there been bad weather and/or poor visibility, the collision could have occurred even with satisfactory watchkeeping.

What about rule 6 safe speed? Rule 2 responsibility? A competent mariner would never have let this happen.

A competent mariner would never have let this happen.

I don’t know the qualification of the navigator on watch on the MV Edmy, nor the Skipper on the fishing vessel Tornado.
But even if they had the highest degree of education and years of experience they made mistake here. Both sides made “assumption” based on their experience and expectations.

Here is a more complete description of the incident and the NSIA report: 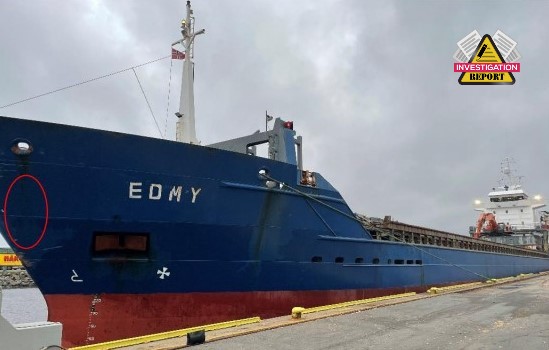 NSIA Investigation: Too much reliance on navigational aids leads to collision

NSIA believes that the system (BNWAS) would have contributed to safer navigation had it been active, because then the navigator had to acknowledge the alarm at the navigation instruments at the front of the wheelhouse.

My conclusion:
Small crew, short voyages and little time to perform excessive paperwork demanded by Authorities and Management has lead to accidents before and is likely to do so again.

Small crew, short voyages and little time to perform excessive paperwork demanded by Authorities and Management has lead to accidents before and is likely to do so again.

Wow. Am I finally in agreement with you ombugge?

Competent mariner or not, everyone is capable of making a mistake or having a bad day. It should be what pushes you to not get complacent and always be on guard, but shit can always happen.

Wow. Am I finally in agreement with you ombugge?

I don’t know,
What took you so long to see the light?

Competent - having the necessary ability, knowledge, or skill to do something successfully
Incompetent - lacking qualification or ability; incapable.

I don’t think its fair or safe to let the idiot officer on the Edmy to continue holding a license. Not looking out the window/radar for half an hour is dangerous and negligent. Goes against all training, laws, and good practice. Doesn’t matter if the paperwork is excessive. Doesn’t matter if the paperwork is bs. From the report: “After half an hour on the same course, the navigator suddenly felt something hit the bow of the ship, and then saw the mast of a fishing vessel along the starboard side”. Pathetic.

The fishing vessel at least noticed the vessel ahead of time, and finally attempted to maneuver while in extremis.

My point here was that it took two knuckleheads for this to happen. If either one of the navigators had been following some of the most basic rules, this would never have been in the news.

If you stand a proper/prudent watch you will not ever hit another vessel even if someone else is in the wrong. Takes 2 vessels to get in an accident, not 1.

If you stand a proper/prudent watch you will not ever hit another vessel even if someone else is in the wrong. Takes 2 vessels to get in an accident, not 1.

We get it. We really do. What we are all saying, from experience, is that the Chief Mate doing paperwork in the back so he might steal a couple hours more rest when he is off watch is what this industry has become. It is a paperwork shuffle to provide enough CYA to satisfy a rotating door of auditors, vetors, port officials, class surveyors, Coast Guards (foreign and domestic), random insurers, cargo surveyors, and the ever ubiquitous company hard ons.

Sure, it’s always been this way to some extent, but nowadays it is out of control. A proper lookout could have prevented this accident. Absolutely! The reality of the industry is what caused this accident. And that reality is that simply keeping a good lookout is no longer good enough. There is always more documentation and reports to be filled out.

Yes we do finally agree on something!!!

I don’t think its fair or safe to let the idiot officer on the Edmy to continue holding a license.

What do you base your bombastic statement on?
Do you know this Navigator?
Do you have any experience from European short sea shipping?
Have got some inside information that you would like to share?

I understand your point that there is too much paperwork today. Been doing it since it was on actual paper. But that just isn’t an excuse for the officer’s actions. He was the only person on the bridge.
From the report:

“The navigator then turned his attention to a computer placed aft in the wheelhouse to carry out administrative tasks. They had plenty of time before they were due to arrive in Denmark, but the navigator wanted to finish this work as soon as possible.”
and
“This report describes a situation where active navigation was not carried out over a period of time.”

Also, paperwork isn’t the only distraction we have. A Chesapeake Bay Pilot grounded a container ship because he was distracted on his phone recently: 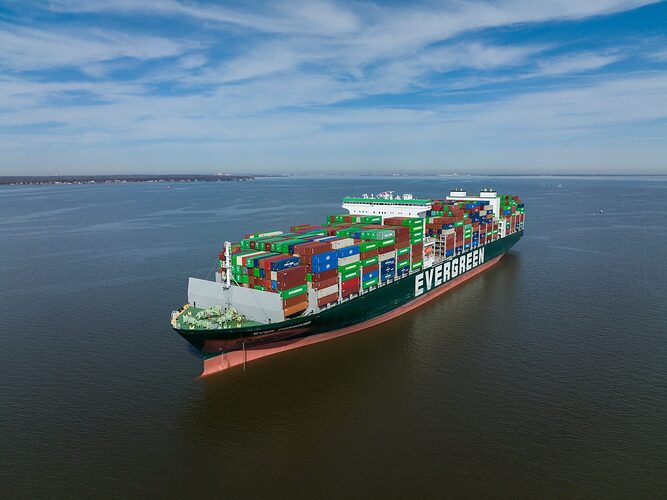 Coast Guard: Ever Forward Pilot Distracted By Cell Phone Prior to Grounding

The U.S. Coast Guard says the pilot of the containership Ever Forward was distracted by his cell phone when the 1,095-foot ship grounded in the Chesapeake Bay back in March,...

Sure management could address the the reports and paperwork assigned to bridge officers, but as those actually on the vessels, it’s our responsibility to maintain a proper lookout and prioritize safe navigation.

Would you not fire a mate that stopped navigating for 30 minutes straight while alone on the bridge? - whether or not they hit anything? I’d be standing their watch until we got to the next port. Not looking out the fwd window for an entire half hour? Not looking at the Radar for half an hour?

If I was the Master I would, but since I was not there I don’t know all the details, or whether that navigator was “an idiot” or not,
Where you there?

BTW; If I was doing the accident investigation I would have remarked differently re: the use of AIS on the Tornado.
Even though the vessel was not required to have an AIS due to size it did have one, thus my remark would have been: “All available means to avoid collision should have been used”. (on both vessels)

Whether the Skipper was; “Incompetent”, a “knucklehead”, or just protecting his fishing ground is not for the Accident Investigator to decide.
If he did have the required certification per NMA and IMO rules he would be “legally competent”.