How do they keep the bow from falling off?

I know that structurally this works but I don’t see how it can? 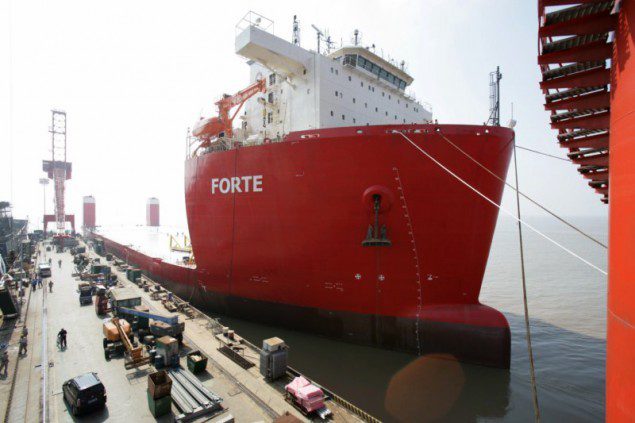 Lots of glue and paper mâché!

“Paper and paper derivatives are definitely out”

One of the funniest ever if your a mariner!

Ah yes, I actually remember it from my BRM or wait…Perhaps my GMDSS class! A truly excellent interview!

A must see for sure!

One of the funniest ever if your a mariner![/QUOTE]

Also remindes me of a few I’ve worked with in the [I]Maritime industry[/I] “Yeah the bow, the ‘pointy’ end of the ship”…

That said, I have always thought that the design of the Heavy Lift Vessels like this are rather unelegant. They do work, and that is what is important.

Red hand and JB Weld. At least that’s how utility boats are held together…

Wow! I never realized that there ACTUALLY was a tanker where the bow fell off!

[QUOTE=c.captain;70965]Wow! I never realized that there ACTUALLY was a tanker where the bow fell off! who’d uh thunk it?[/QUOTE]

And at least two barges. Among the reasons I am no longer a lawyer is nasty litigation resulting from the bows falling off each of two brand new barges under a tandem tow on their delivery trip from Louisiana to Boston. They were to be sewage barges and were aptly named “Number One” and “Number Two.”

Enjoy … There are several other very amusing maritime related videos that can be accessed from this You Tube link.