HOS in a good position

"Cash-rich Hornbeck Offshore Services (HOS) has been backed to survive the offshore downturn better than its other US rivals.

Clarksons Platou said the company is its preferred pick of stocks, due to the $300m of cash on the balance sheet.

Even after paying $140m of remaining capital expenditure, it should have plenty left to fund any potential cash burn, “which we don’t currently anticipate,” the analyst said.

“Moreover, HOS faces no maturities before 2019 and has not drawn on the $300m revolver.”

Clarksons Platou is estimating a fourth quarter loss of $1m for the owner.

It said it was reluctant to “bang the buy button”, but said that “at some stage the downside becomes limited,” raising its outlook from sell to neutral.

“Ample liquidity, even in deep and prolonged downturn, gives us comfort that HOS is here to stay,” it added.

Turning to GulfMark Offshore, which was also moved to neutral, it estimates a Q4 loss of $10m.

“Importantly, we see no liquidity issues through 2017 with current bank agreements. To its credit the company has aggressively cut costs and favorably renegotiated bank facilities,” it said.

The analyst also raised Tidewater to neutral from sell, as it said the owner should, if necessary, be able to renegotiate terms on its $1.5bn debt and retain access to sufficient liquidity.

It said it could post a $32m loss for the final quarter, which will be impacted by the cancellation of 10 vessel contracts in Brazil, as well as additional stacking and the continued rollover of vessels on to reduced rates."

Hornbeck the pick of the offshore bunch

HOS stock is a fucking steal at current price. If you buy some you should be wearing a mask when completing the transaction.

HOS stock is a fucking steal at current price. If you buy some you should be wearing a mask when completing the transaction.

I like how they cut costs buy firing all the employees. What a depressing situation.

Does anyone know how many were laid off / fired? That sure saved them a lot of money at the expense of a lot of good mariners…
Also, when it picks back up, and it will pick back up, how many of those that were laid off will go back to Hornbeck?

Oh my gosh you’re right no one is ever going to work at a company that laid people off. Every one of these companies are doomed and should just close the doors now. They will never be able to hire anyone after they hear about how they laid people off when times were bad. Royal Dutch Shell has announced it will layoff 2,800 more workers. 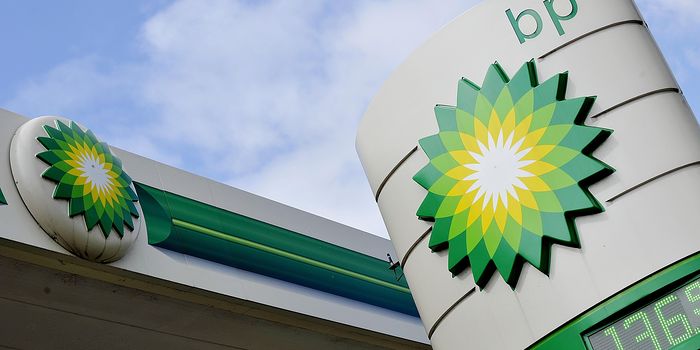 BP to Cut About 4,000 Exploration and Production Jobs

BP said it would slash about 4,000 jobs from its exploration-and-production unit over the next year or so, the latest in a wave of cuts across an industry beset by plummeting oil prices. Layoffs occurring company-wide, according to Chouest

Shell Oil's decision to withdraw from exploration in Alaska has already had an effect on a major local shipbuilder, which has ordered layoffs and is expecting more.

Except Exxon who is the clear winner here. I hear they will buy all of these other companies and hire people back as they brag they didn’t lay anyone off.

It isn’t corporate voodoo that has kept Exxon Mobil above the fray of the oil and gas industry downturn.

HOS is already running ads and apparently doing some hiring.

Mariners will run to anyone waving a fist full of hundred dollar bills.

I think there were pay cuts too, for those who were spared. Pay cuts that brought wages down to closer where they should be. It’s a little absurd (IMO) when a green OSV AB is making as much or more than a tugboat mate.

Massive pay cuts and Fraq, it’s how the company treats it’s employees that will cause a lot of good mariners to not go back.

Fraq does hornbeck restrain you in a chair with your eyes peeled open like in clock work orange and make you watch hornbeck pride videos? Did they designate you the first line of defense on the internet? You must be a robot because you never stray from your take pride or dont ride mantra. Its just a job. Relax. Apparently you havent been laid off so congrats but at least try to be a little objective sometimes and allow a little mud slinging. Todd and Carl will forgive you.

Relax. Apparently you havent been laid off so congrats but at least try to be a little objective sometimes and allow a little mud slinging. Todd and Carl will forgive you.

Speaking for a few former employees who voiced their opinions about major changes at HOS - Todd and Carl are not as forgiving as you think. Those of us who are still employed are staying low profile while we try to come up with other options. If its this bad for HOS then I can only imagine what other companies like HGIM and Tidewater must be feeling.

Also, when it picks back up, and it will pick back up, how many of those that were laid off will go back to Hornbeck?

I’m not sure about those that were laid off, but I would bet that those who thought they would strong arm the company out of the decision to go 28/14 might not come back.

I know a few mates at HOS who are all looking to jump ship for other sectors of the industry. It doesn’t sound like it’s all rainbows and unicorns anymore.

[QUOTE=rshrew;177944]I know a few mates at HOS who are all looking to jump ship for other sectors of the industry. It doesn’t sound like it’s all rainbows and unicorns anymore.[/QUOTE]

In the past year, I have had several mates on tugboats that came from Hornbeck, Chouest, Tidewater, Aires, and other oil patch companies. Most of them had pretty limited tugboat skills, a couple were old tugboat hands. I have heard a lot of first person talk about oil patch pay cuts, demotions, layoffs, furloughs, firings for petty reasons, and just plain quitting to go anywhere but Jeaux Bawss.

I left deep-sea 5 years ago for the offshore industry because of the even time and the money. I knew the pay cuts were the first things to happen when the downturn started. The excellent pay was probably a sore subject for company executives - they alluded more than once we were overpaid. The biggest blow is losing the even time which gave me a chance to be involved with the kids and community and have friends that don’t ask me " how long are you home this time"? every time they see me taking the trash out or walking the dog. Right now I have to keep showing up since there isn’t a lot of choices right now.

I’m sure that the 2015 year end bonuses for the executives at HOS didn’t skip a beat and were on par with previous years. Just remember, the investors come first. Period

"Take Pride or Don’t Ride ‘for the Investors’ "

“The Company of Choice pay reductions”

Hey Carl, how can we make sure we get our 2016 bonuses?
Geez Todd, let’s lay off and get rid of as many as we possibly can, overwork those staying to a 28/14 schedule, AND reduce their pay another 25% then tell them they’re all making more than before said pay cuts.
"Great idea Carl! Also, let’s make sure the crew are walking on eggshells in the meantime. Now, what do we do when it picks back up and we have those 20+ stacked vessels and no one to crew em’?"
Todd, we’ll deal with that later… Now let’s go fishing on the Kemosabe.

Well yes, to retain top talent you must have top pay (executives need their bonuses)

Todd, we’ll deal with that later… Now let’s go fishing on the Kemosabe.

I know a few mates at HOS who are all looking to jump ship for other sectors of the industry. It doesn’t sound like it’s all rainbows and unicorns anymore.

The rainbows and unicorns went away with the snow cone dispensers when the price of oil fell off a cliff. It is not hard to see (especially for the high caliber mariners left) that when pretty much the entire pre 2013 OSV fleet is laid up that there will be a need for layoffs or when day rates for the new vessels still working are down to a point where it is difficult to break even that there will be a need for significant pay cuts. While I understand the strictly financial viewpoint of moving to a 28/14 schedule (cut overhead costs 25%), the downside of that is harder to measure financially-the cost of losing many of the above referenced high caliber mariners en-masse, potential incidents arising from battlefield promotions (lack of past failures is not necessarily evidence of success or competence), morale of those that stay having to work/travel 8.5 months a year (most came to HOS because they were one of the only companies that offered even time rotations). Also, as others have alluded to in this thread it is not strictly what has needed to be done but how it was handled. In all cases these difficult changes have been handled very poorly by management in a manner that showed that any talk of valuing their mariners is mainly lip service. They were the company of choice at one point, IMHO that ship has sailed.

. In all cases these difficult changes have been handled very poorly by management in a manner that showed that any talk of valuing their mariners is mainly lip service. They were the company of choice at one point, IMHO that ship has sailed.

Which is why everyone is keeping all options open and leaving on short notice. HOS has effectively ate their young on this and will have a tough time taking advantage of the eventual market upswing.