now if we only had a President who knew what a merchant marine and mariners were and what role they played in the strength of our nation other than just signing some proclamation written by some obscure staffer?

Each year on May 22, the United States celebrates National Maritime Day.

The U.S. has always been and will always be a great maritime nation. From our origins as 13 British colonies, through every period of peace and conflict since, the Merchant Marine has been a pillar in this country’s foundation of prosperity and security. It powers the world’s largest economy and strengthen our ties with trading partners around the world, all while supporting our military forces by shipping troops and supplies wherever they need to go.

“America’s open seas have long been a source of prosperity and strength, and since before our Nation’s founding, the men and women of the United States Merchant Marine have defended them. From securing Atlantic routes during the naval battles of the Revolutionary War to supplying our Armed Forces around the world in the 21st century and delivering American goods to overseas markets in times of peace, they have always played a vital role in our Nation’s success. During National Maritime Day, we celebrate this proud history and salute the mariners who have safeguarded our way of life.

Today’s Merchant Marine upholds its generations-long role as our ‘fourth arm of defense.’ Yet they also go beyond this mission, transporting food where there is hunger and carrying much-needed supplies to those in distress. Thanks to our dedicated mariners, people around the world continue to see the American flag as a symbol of hope.

To create middle-class jobs and maintain our leading position in an ever-changing world, we must provide new marketplaces for our businesses to compete. As we expand commerce, we do so with confidence that the United States Merchant Marine will keep our supply lines secure. Because just as America’s workers and innovators can rise to any challenge, our mariners have demonstrated time and again that they can meet any test. Today, let us reaffirm our support for their essential mission.”

Be sure to celebrate the brave men and women of the U.S. Merchant Marine, not just today, but every day. 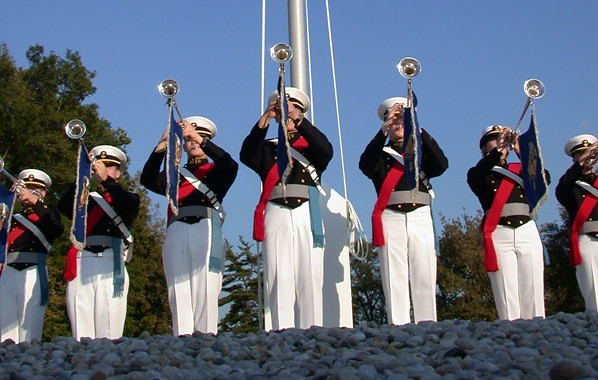