The best ever definition of a genuine seaman 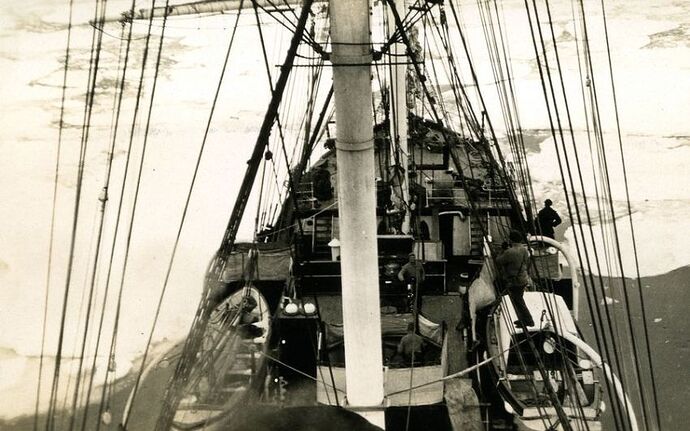 Courtesy of University of Newcastle (Australia)

What is a genuine seaman (or seafarer)? More than 1.6 million men and women are said to be employed on the world merchant fleet. How many fit the description? The bureaucrats at the International Maritime Organization (IMO) and the entire shipping industry keep talking about competency. Surely, there is more to being a true seaman than just knowledge and skills.

I found what I consider as the best answer to the question in an unexpected source. It is contained in the introduction by Lincoln Colcord to “Roll and Go: Songs of American Sailormen”, a book compiled by Joanna C. Colcord and published in 1924. I am pleased to share the pertinent excerpts, as follows:

Genuine seamaniship is not so much a matter of practice and profession as it is a quality of the heart and mind. It is more a sense and feeling than a conscious design. Many a man who holds his full certificates and commands his own vessel is no genuine seaman; the emergency will test him some day, and find him lacking in the instinctive reactions of judgment and love. On the other hand, many who do not follow the sea as a profession were born genuine seamen, live their lives as genuine seamen, and will remain genuine seamen until they die. The brand is on them, the bent can not be escaped. They see life with a sailor’s eyes. (Emphasis mine — BU)

Lincoln Colcord pays tribute to Joanna, his sister and the book’s author, as an example of the genuine seaman. READ MORE: Joanna Colcord 1882–1960

In short, they love the sea, and love gives them an understanding deeper than mere aptitude. I speak of what I know; the editor of this collection is a seaman. To have been born at sea, in the cabin of a sailing ship, among the South Sea Islands, the daughter of a ship master; to be descended from five generations of deep water seamen of the New England coast, masters and builders of square-rigged vessels; to have spent the most of her girlhood at sea, up to the age of eighteen, on board her father’s vessel, sailing on China voyages; to have learned from him, in loyalty and devotion, in a setting of ocean days, the subtle and intricate lore of the sea; to have lived constantly during those years in an atmosphere of seafaring, knowing none but seamen, seeing nothing but ships and ports and oceans, concerned only with the fortunes of voyages, hearing no speech but the nautical vernacular; to have felt at home on a ship’s deck rather than on dry land; to have gained a working knowledge of the handling of a ship, and acquired an instinctive judgment of her condition; and without thought or affectation, but only in confidence, to have loved storms and dangers for the worth they disclosed in ships and men: to have been the cat’s-paw of such a destiny, and that during the closing phase of the sailing ship era, was to become a seaman whether or no. It does not constitute a claim, it states a fact. No human being could pass through such an experience and ever lose the feeling of the sea. (Emphasis mine — BU)

Lovely prose, but Eh, no. By that metric I am a Genuine Gynecologist.

Lord Cochrane (the real life inspiration for Capt. Jack Aubrey from Patrick O’ Brien’s ‘Master and Commander’ series) had printed recruiting pamphlets he had handed out at merchant shipping ports, looking for volunteers, as he only took men already rated Able. You can see them at the museum for the HMS Victory I believe. I have to paraphrase but qualifications were: He must be a Right Seaman, able to parcel, worm, and serve a line. Must be able to hand, reef AND steer. He must be not overly nice about his victuals, have no bursten belly, and get along with rough types as his fellows.
At any rate, Cochran at least felt that a genuine seaman was highly skilled, technically competent and sufficiently companiable as to fit in with his peers.

“Genuine seaman” isn’t a metric it’s a term that depends upon context for meaning.

In Rachel Slade’s book “Into the Raging Sea” there’s a quote from Jacksonville Pilot Eric Bryson:

Eric thinks of his job as a craft. “Any idiot can color inside the lines,” he says of finessing a ship safely in and out of port. “The art of it is coloring outside the lines safely.”

Joseph Conrad also used word “craft”, this is from gcaptain:

Conrad and the Mariner’s Craft: Sea Stories for Real Sailors

Cohen borrows a second term to name the special capacity to instinctively combine traditional knowledge and improvisational skill possessed by the “compleat mariner” from a former shipmaster named Józef Korzeniowski. Korzeniowski, better known to us as the author Joseph Conrad, called this elusive quality the mariners’ craft . Conrad’s work meditates deeply on the contours of craft and the consequences of failure.