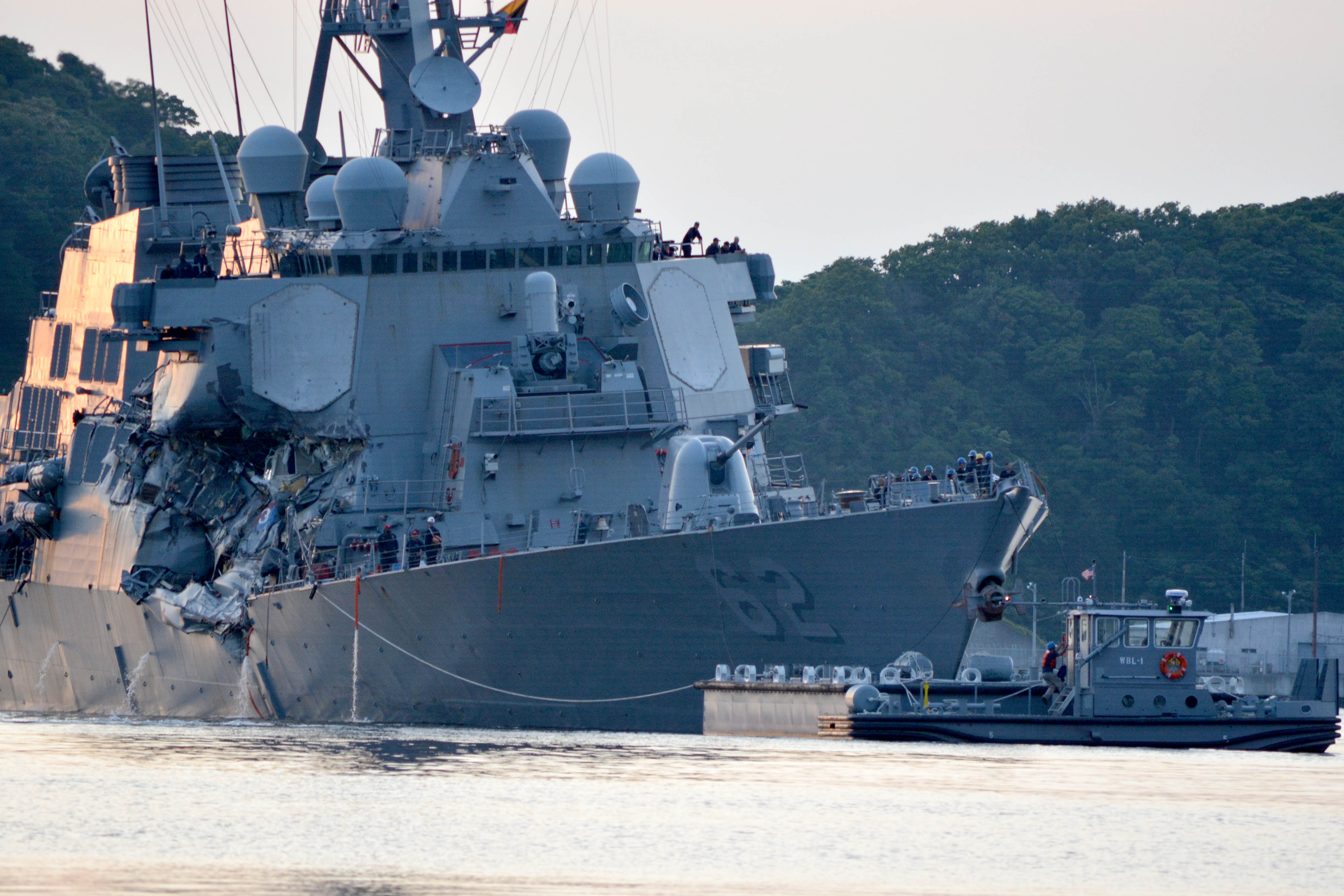 Navy struggles with approach to fix crippled destroyer Fitzgerald, as...

The collision off Japan that claimed the lives of seven sailors on the destroyer Fitzgerald punched a hole large enough to drive a tractor trailer through, leaving the Navy with the considerable task of putting the crippled destroyer back together...

Are the Navy’s own semi-submersible vessels capable of loading the Fitz, or do they have to go out in the civilian market to find a lift for her to the US??

There are several ships able to do this job, both the COSCO Heavylift and Dockwise have vessels with sufficient deck length to do so, but in today’s political climate the Navy may have a problem with using vessels crewed by Chinese or Russians?

When the Blue Marlin loaded the USS Cole off Aden it apparently came as a surprise to the CIA contingent that was sent to protect the operation that this Norwegian ship (at that time) had an all Russian crew. (It shouldn’t have, since her last job was to carry USN Minesweepers from the US to Bahrain)

Seen loaded on deck of the Dockwise HLV “SWAN” (ex Dyvi Swan) for transport from Sydney NSW to Portsmouth in the UK on 28 October, 2002.

Nottingham left Sydney harbour on board MV Swan for the journey back to the UK. By 9 December, she had arrived at Portsmouth Harbour for repairs at Fleet Support Limited.

The USS Cole was loaded on the Blue Marlin in 2000:

As can be seen the Blue Marlin deck is long enough to accommodate the USS Cole, but she is still loaded with the bow hanging over the sides.
This was to protect the Asdic dome which is sticking down below baseline. The alternative would have been to build up cribbing to lift the vessel high enough above deck to clear, which would have been costly, time consuming and would have made the lifting of the cargo out of the water more difficult.

Asdic!? You can’t be that old!

Asdic!? You can’t be that old!

Believe me, I’m that old. You can call it Sonar as much as you want.

Here is the history: http://uboat.net/allies/technical/asdic.htm
SONAR is just an American acronym for the same, but it may have more than one meaning: http://www.abbreviations.com/SONAR

I would think so, although it is hard to find the deck length of this vessel: http://www.msc.navy.mil/inventory/ships.asp?ship=229

Is she somewhere in the vicinity of Japan though?
Do they have any experience in loading damaged vessels?

Maybe the US Navy would be better off to leave this to somebody with experience in this kind of transports??

I like this attempt at going metric with the specs on the John Glenn:

Is she somewhere in the vicinity of Japan though?

Do they have any experience in loading damaged vessels?

Heh. Not touching that one. That’s bait.

The AKEs and JHSVs are the same way. I know NASSCO has a partnership with Daweoo or one of the other south korean firms which may have something to do with it. Austal is an australian company and the JHSVs were atleast somewhat based on a commerical vessel. Those ships also spend the majority of their service life overseas in metric ports and is one other way to confuse pilots less.

The Fitz may come back to the US according to this article which also has some good comments regarding the investigation. 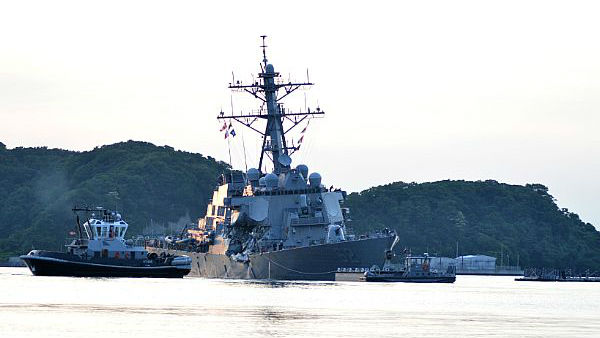 USS Fitzgerald Will Return to U.S. for Repairs

The U.S. Navy is making preparations to drydock the damaged destroyer USS Fitzgerald at Fleet Activities Yokosuka, Japan, for evaluation and

I don’t think the Glenn has those obstructions. 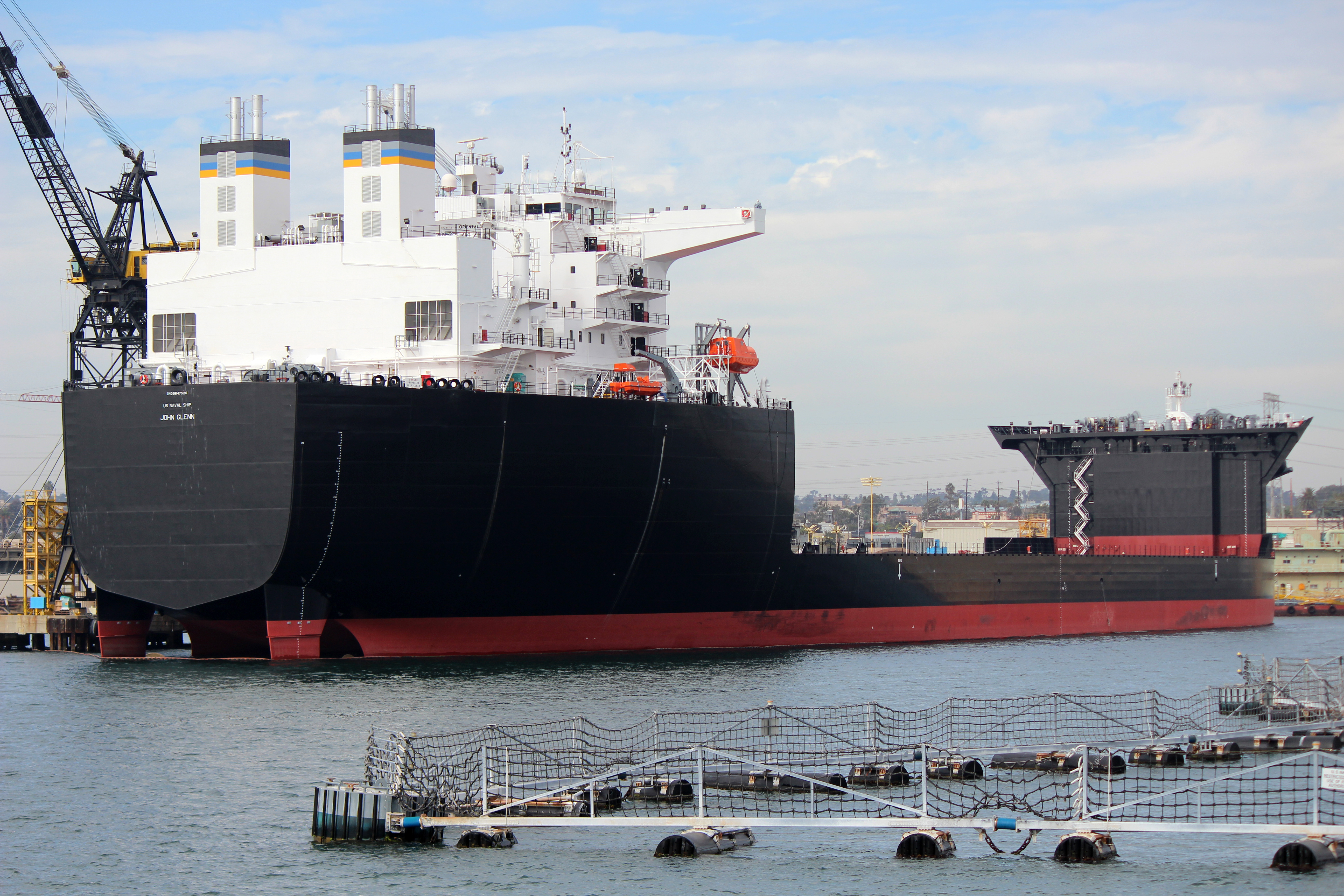 Another shot of the John Glenn.

I would hope that the Pilot Card has measurements in the metric system as well as in US, or Imperial units.
My point was about displacement in millions of kg and range in millions of m.
FYI: Displacement would be given in m.t. (It is not a useful measure for a cargo ship anyway)
Range would be given in n.miles, but has little interest for a Pilot.

Displacement would be given in m.t.

Why did they come up with metric tons when 1 MT is just 1 megagram (Mg)?

Regardless, anyone who knows the metric system can quickly and easily convert millions of kg into metric tons, just move the decimal three places.

AH the beauty of the Metric System. Isn’t it GREAT!!!

Scrap the Fitz, men died due to someones incompetence.

Both the John Glenn and the Montford Point have the LCAC/connection deck installed. At the time of delivery the deck is clear, but then they go from NASSCO to another yard to have it installed. It wouldn’t be easy or cheap to remove that mission deck