Does the punishment fit the crime?

Without knowing all of the details I’ll vote no.

Three Coast Guard petty officers will be court-martialed for a 2009 fatal collision in San Diego Bay, the Coast Guard announced Wednesday.
A fourth Coast Guard member will face a nonjudicial punishment process.
The decision to hold a court-martial was made by Rear Adm. Joseph Castillo, commander of 11th Coast Guard District.
The collision of a 33-foot Coast Guard cutter and 24-foot civilian boat injured a half-dozen members of three families and killed Anthony DeWeese, 8, of Rancho Penasquitos neighborhood of San Diego.
Petty Officer Ian Howell is charged with negligent homicide, assault, negligently suffering a vessel to hazards and dereliction of duty.
Petty Officer Brittany Rasmussen is charged with negligent homicide, aggravated assault, negligence and dereliction of duty.
Petty Officer Paul Ramos, the boat coxswain, is charged with involuntary manslaughter, negligent homicide, aggravated assault and dereliction of duty.
Howell and Rasmussen will get to what the military calls a special court-martial in which the maximum punishment is 12 months in the brig, forfeiture of two-thirds of pay for 12 months, reduction to the lowest pay grade and a bad conduct discharge.
Ramos will face a general court-martial discharge in which the court may impose any sentence authorized.
The fourth crew member, Petty Officer Lavelle Teague, faces a possible maximum 30 days in the brig, reduction in rank and restriction to base during the nonjudicial traditional punishment process.

October 4, 2010 | 11:59 am
A Coast Guard investigating officer, after hearing evidence against three of the Coast Guard members charged in a 2009 fatal crash on San Diego Bay, has found that the collision "was without legal justification or excuse."
Cmdr. J.R. Hamilton found that the Coast Guard members should have known that "driving a small craft with a known blind spot at a high rate of speed in a crowded harbor would present a substantial danger."
In a collision between the 33-foot Coast Guard cutter and a 24-foot Sea Ray civilian boat, six members of three families were injured, and Anthony DeWeese, 8, from the Rancho Penasquitos neighborhood of San Diego, was killed.
The decision whether to continue the case to court martial rests with Rear Adm. Joseph R. Castillo. Hamilton’s report was sent last week to Castillo after an Article 32, the military equivalent of a grand jury or preliminary hearing. Castillo is not bound by Hamilton’s findings.
Hamilton rejected the assertion from defense attorneys that charges should be dropped due to structural defects in the Coast Guard craft plus an alleged lack of sufficient training and good leadership at the San Diego Coast Guard station.
The collision came during the annual Parade of Lights. The Coast Guard boat was allegedly responding to a stranded boat when it collided with the family boat.
Four Coast Guard members were charged before the Article 32 with counts that included involuntary manslaughter and dereliction of duty. Castillo will decide which, if any, of the four will be court martialed and on what charges.
– Tony Perry

A Coast Guard crew member was using a cellphone – either for a conversation or texting – just before the collision on San Diego Bay that killed an 8-year-old boy and injured five other people, the National Transportation Safety Board announced Wednesday.
Although the cause of the collision between a Coast Guard cutter and a civilian craft has yet to be determined, the board called on the Coast Guard to adopt policies banning the use of cellphones and other wireless devices.
<!-- sphereit end -->
On the night of Dec. 20, during the annual Parade of Lights, a 33-foot Coast Guard cutter traveling at a high rate of speed smashed into a 24-foot Sea Ray with members of three families aboard. Anthony DeWeese from the Rancho Penasquitos neighborhood of San Diego was killed.
On July 1, four enlisted members of the Coast Guard were charged with criminal offenses ranging from involuntary manslaughter to dereliction of duty in the fatal incident. All four are set for an Article 32, the military equivalent of a pretrial hearing.
The National Transportation Safety Board is investigating two collisions involving Coast Guard craft and civilian boats in which Coast Guard personnel were using cellphones. The other incident occurred Dec. 5 in the harbor in Charleston, S.C.; five passengers aboard the civilian craft were injured.
“Accidents caused by distractions from wireless devices must cease,” said board chairman Deborah A.P. Hersman. “Lives are being unnecessarily put at risk and lost.”
– Tony Perry in San Diego
[I]Photo: Anthony DeWeese, 8[/I]
[I]Credit: KTLA-TV Channel 5[/I]

Yes The USCG should be held to the same standards as any civilian. They are not above the law.

On the face of it, these punishments seem severe considering people get killed on highways daily and the person at fault is not imprisoned yet vehicular homicide is a judgement being rendered more and more which does say that if you take another person’s life through your own stupidity, carelessness, or other negligence whether willfull or not, there is a price to pay. Does the operation of that boat at high speed in the dark constitute willfull negiligence or was it just shit luck that they didn’t see the other boat? Either way, a boy died and yes someone needs to be held accountable for that fact.

It also bears mention that the ship master is being determined as more and more criminally responsible for what happens aboard a vessel under his command even in cases where he was not directly involved in the accident which might take a life or lives. Others under his command might make the stupid mistake which causes life to be lost but if it can be shown that he did not execute his authority as mandated under the ISM Code or 46 US Code, he will become a “responsible” party. Rather sobering when you get handed the keys by a shipowner for the first time. How can you control what every person does at every moment? It’s even worse when it is an “industrial” vessel with a seperate group running their “operation” like drilling or diving. Curt Kuchta has now learned this the hard way. I think he was master on the DEEPWATER HORIZON for a relatively short time before the explosion which ultimately killed 11 men on “his” rig.

Being “the man” is not always such a terrific job and should only be assumed with full awareness of one’s potential liabilities. You might feel content in command, but things can turn south very very fast and then, you can’t give the job away!

As a BM2 I say that thies men know that they are held to a higher standard they also know what the repercusions of their actions will be and that mistakes cost lives.
They had the training and knew the risks and were on patrol that night to prevent this vary thing.
Sadly it ended up that through there own neglegence they caused what they were there to pervent.

I believe that the USCG should be held to the same standards as the USN and that means the Uniform Code of Military Justice and NOT Civilan law.

[QUOTE=Tahoetal;42706]Yes The USCG should be held to the same standards as any civilian. They are not above the law.[/QUOTE]

Perhaps their training should meet the same standards also. Oh that’s right, they are only required to train to a “reasonable and practicable” level since they are technically exempt from requirements of safety at sea.

While the Coxswain’s actions were probably not how i would have acted, I hope and pray he and shipmates are treated like anybody else who killed someone while operating a motor vehicle. 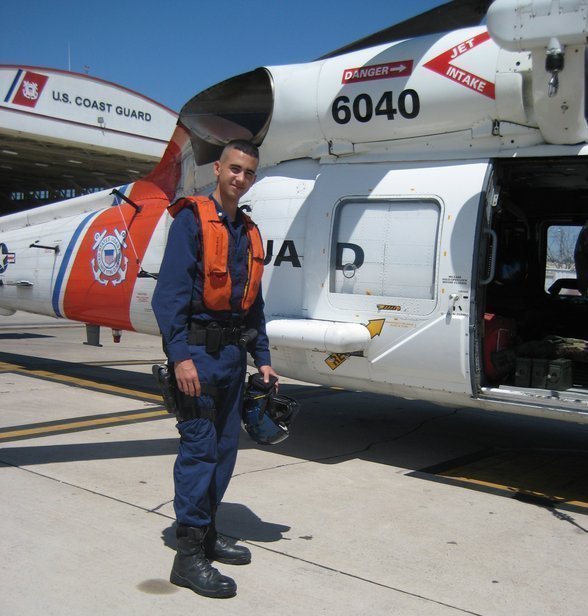