Yes shipping bosses ARE DO SOMETHING: 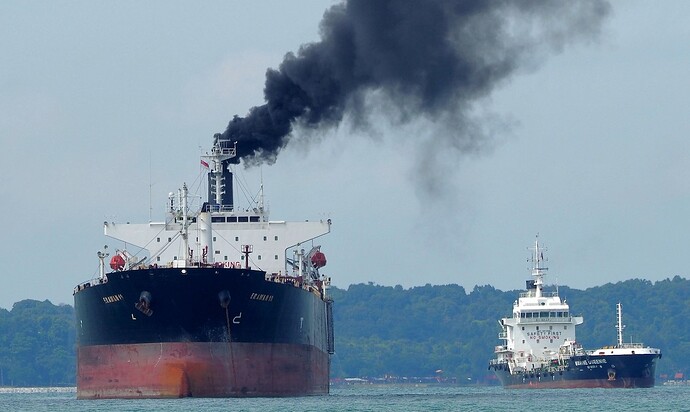 More than 150 industry leaders and organisations have called for decisive government action to enable full decarbonisation of international shipping by 2050 including the rapid introduction of market-based measures by 2025. Signatories of the Call to...

At least they are demanding something.

Why create headlines, is it just bling for shareholders?
Just do it?
The history of shiping is they prefer to do nothing until pushed then they get exemptions then rules delayed.
The business operates out of the environment so no money for politicians.
Some rules in ports and thats it.
What happened to the no abaltive or poisonous antifouls by 2020? oh well too hard?

Where are the unbiased, reproducible studies to verify the hypothesis, and anthropogenic global warming is nothing more than that, that man’s activities are causing global warming? The fact is there are none as all the so-called “data” has been accumulated by computer modelling that requires the modeler to design the parameters on which conclusions are based. Science requires that hypothesis be proven to be valid only after going through multiple studies by other scientists who reach the same conclusions on their own. This has not happened as this entire effort has been driven by people with an agenda that has nothing to do with science, but everything to do with forcing businesses to take actions that are not based on science but are solely based on an agenda.

Consider that the sun delivers an amount of energy to the earth that is more than 5,000 times the energy output of ALL of man’s activities on the entire planet! To conclude, without reproducible proof, that man’s insignificant activities can impact the earth significantly is beyond arrogance. It is tyranny.

The output from a volcano or two does more ‘damage’ than all human activity has ever done, There doesn’t seem to be much discussion of this fact, why would that be?

MARITIME transportation is one of the most important nodes in international trade because of its significant effect on the overall performance of global supply chains. The plethora of shipping traffic and maritime trade, on the other hand, has a... 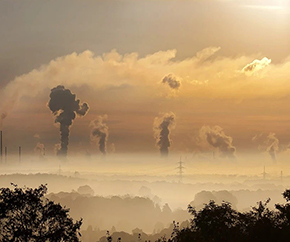 COP26 focused global attentions on the urgency of net zero targets. Since, the International Maritime Organization (IMO) has come under pressure to go beyond its initial target of halving emissions by 2050, towards a commitment to zero emission...

Long asset lifespans, high energy dependency and limited viable alternatives make shipping one of the harder-to-abate sectors to decarbonise, according to Fitch Ratings. In a special report on long-term climate vulnerability, Fitch said that low... 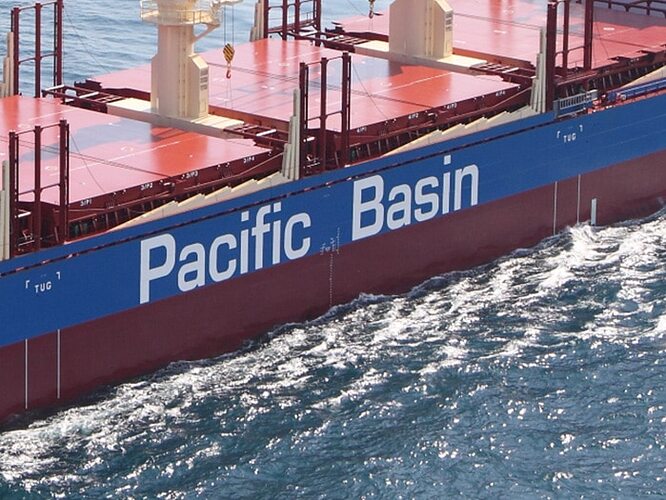 “Big Class” is setting up panel to be ready for all eventualitet as shipping decarbonize: 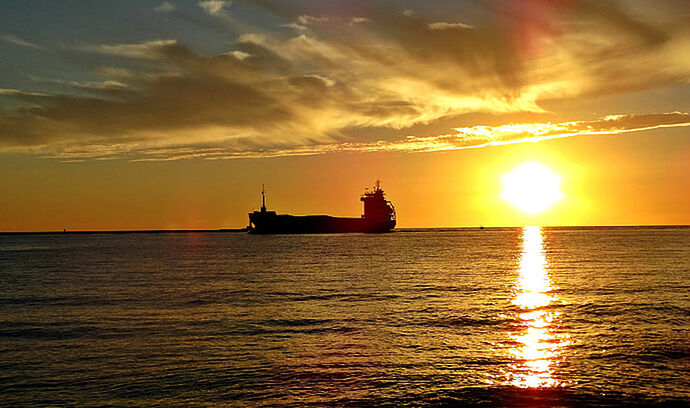 Meeting in London this week the IACS Council, featuring repesentatives from the world’s leading classification societies, held its 85th session during which it formed a safe decarbonisation panel (SDP) to support shipping through this multi-faceted,...

Preferably they should be in front of development to ensure that safety guidelines are there for those who are putting their money and future into this. 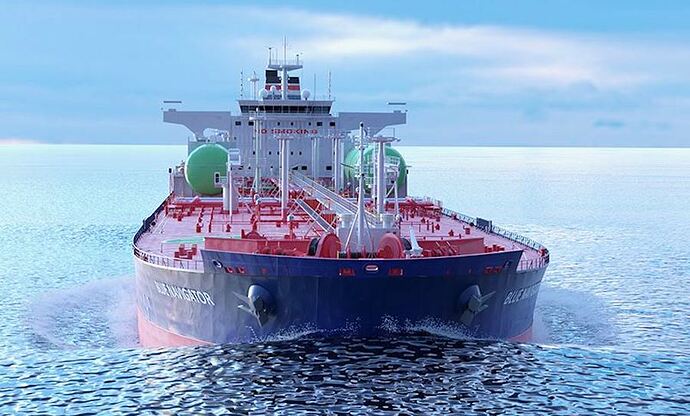 Are shipping’s carbon regulations a problem or an opportunity in disguise? -...

How to balance trade-offs when decarbonising the shipping industry - Splash247

Christiaan De Beukelaer, a researcher at the University of Melbourne, on the tricky tightrope the industry must cross in its green pursuit. Christiaan’s book, Trade Winds: A Voyage to a Sustainable Future for Shipping, comes out in January. The need... 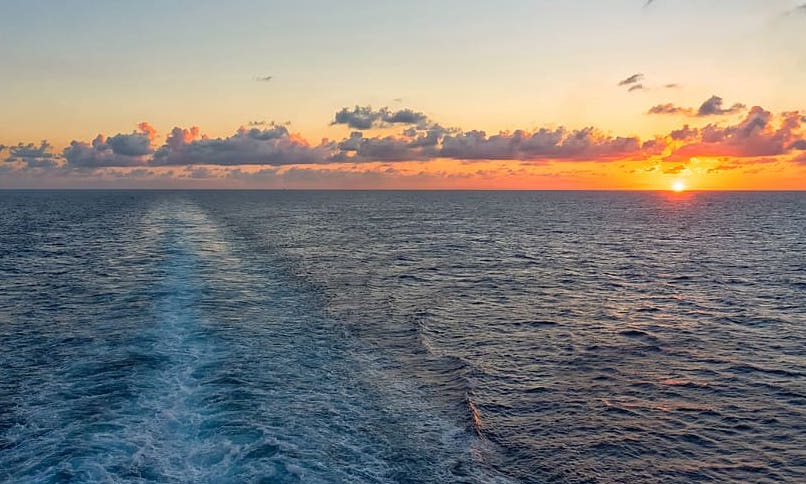 As a curtain-raiser to the opening today of SMM, the world’s largest shipping exhibition, class society DNV has unveiled the sixth edition of its Maritime Forecast to 2050 report with a new focus on how to overcome the “ultimate hurdle” of fuel... 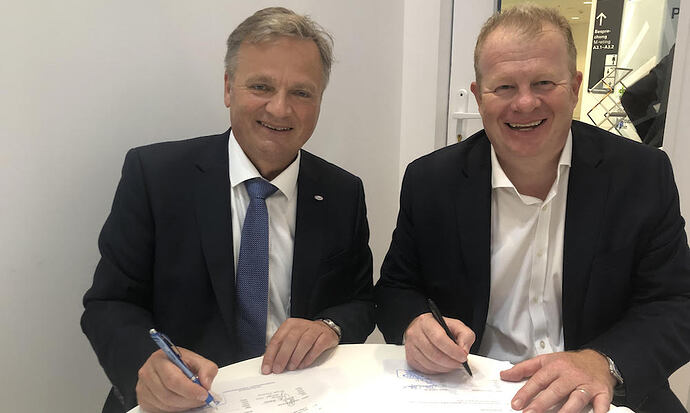 Battery manufacturer and propulsion specialist join forces in bid to...

Canadian battery producer Shift Clean Energy (Shift) has joined forces with Norwegian propulsion system developer STADT in a bid to electrify global shipping. Brent Perry, CEO at Shift commented, “Partnerships like these are essential for the... 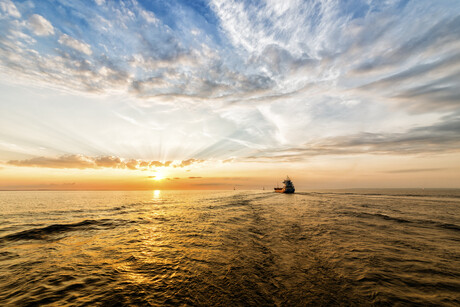 EU ETS must be truly green

The ETS must reflect the whole climate footprint of emissions from fuels to be a truly green regulation. This is the message from Danish Shipping in an 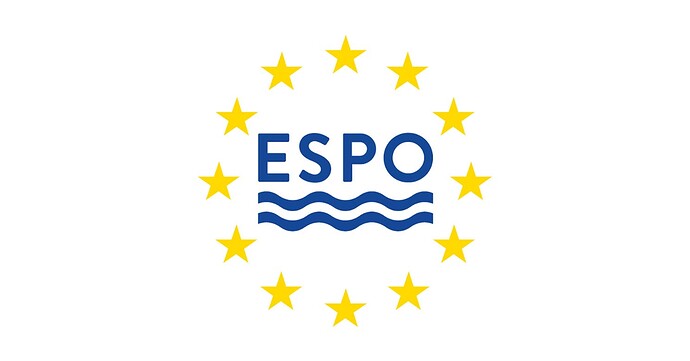 CES Innovation Awards is an annual competition held by the Consumer Technology Association (CTA), which honors products with outstanding technologies and innovation ahead of CES, the world’s largest IT and consumer electronics trade show held January in Las Vegas, USA.

Shipping returned from COP27 with renewed ambition – now what? - Splash247

Bureau Veritas’ vice president for South Asia David Barrow reflects on transformative discussions at COP27, and on what shipping can do next to progress climate action, at IMO and beyond. A significant outcome of COP27 for the maritime sector is that...

Another strong positive outcome of COP27 is the growing realisation that new fuels and technologies will not be enough to decarbonise shipping. We also need to focus on people and their development. Training will be a key (and often underestimated) component of shipping’s decarbonisation transition – and people must be at the heart of the next steps taken by the industry and regulators alike.

If you have been wondering about this “colour code” used to describe the various fuels proposed at the future fuel to decarbonize shipping, here is your answer:

GREEN OR BLUE ENERGY – WHAT IS THE DIFFERENCE?

When discussing carbon-free fuels such as ammonia and hydrogen, different colour codes are often used to describe how they are produced. Green refers to production with surplus renewable energy, such as wind or solar power, without greenhouse gas emissions. Grey and blue both refer to using fossil natural gas as feedstock, but in the latter, the carbon dioxide produced as a by-product is captured, reducing greenhouse gas emissions. The price of green fuel can be as much as four times higher than that of blue fuel.

Presently, producing green hydrogen through electrolysis, powered by wind and solar power, looks to be the most promising alternative for storing renewable energy. While hydrogen can be stored in either pressurized or liquified form and transported in pipelines, it has some drawbacks – such as the fact that it is explosively flammable. One solution is to convert renewable hydrogen into a more stable fuel such as green ammonia through synthesis, or even as green methanol together with captured carbon dioxide. 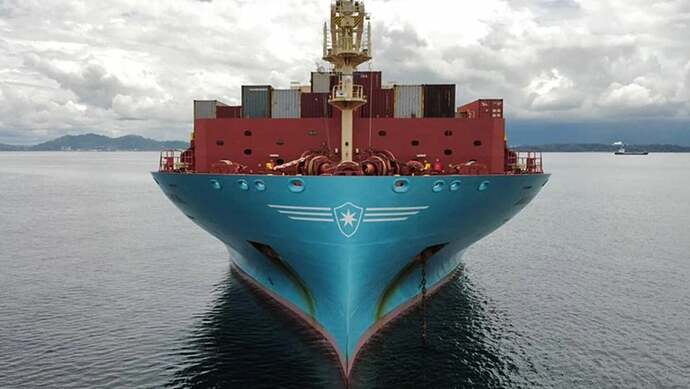 Maersk: We need an end date for fossil fuels in shipping

The only way to lower GHG emissions in shipping is to set an end date for fossil fuels in the shipping industry through a global regulation.

Not directly about shipping, but fossile free steel is very relevant to ship building: 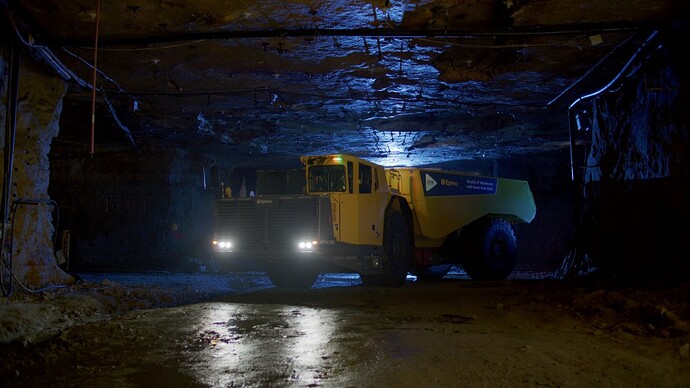 Here it is, the full-scale working prototype truck to work deep down in the iron-ore mines of LKAB in Kiruna.

Not only is the truck battery-powered with zero carbon emission when driving. The huge dump box to carry the ore is the first made from fossil-free steel made by Nordic steel giant SSAB near Luleå.
Fossil-free steel is produced by using hydrogen instead of coal in the ore reduction process, emitting water instead of CO2.

The prototype was tested above ground last winter: 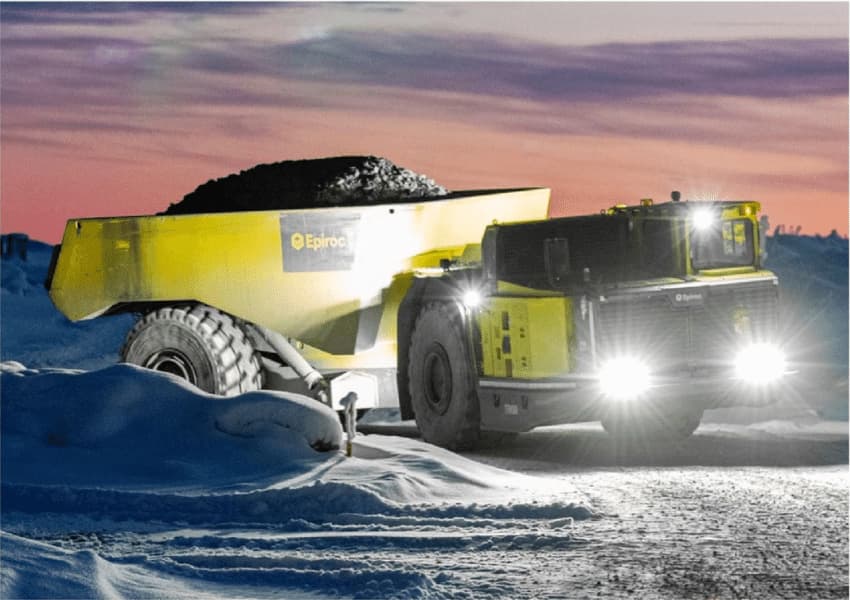 Next step is to produce electric trucks from fossil free steel:

Also Volvo has signed a deal with SSAB to use fossil-free steel in the manufacturing of its electric trucks for road traffic.
Volvo started series production of its heavy-duty electric 44-tonne trucks in September, and the first trucks are already delivered to Amazon and the Danish shipping company DFDS.

Facts and figures re: decarbonizing shipping:

Decarbonisation report shows shipping how to get going this decade - Splash247

The maritime industry must take immediate collective action on an unprecedented scale to bring the decarbonisation of the industry closer to the Paris 1.5°C trajectory, according to a new 78-page report published today by the Mærsk Mc-Kinney Møller...