No doubt. Most Bayou crew are awesome boat drivers, with or without DP. Not from there, but been there.

I felt sorry for lots of officers I worked with not coming from the world of family boating hence always asking how did I learn to drive and I am thinking well like a bicycle and from about the same age.
DP exposed a huge gap in Mariner Training but for the deep sea fleet its not needed.
The Nautical Institute pushed the IMO to push the flag states but they dont want to know, yet the charters where asking the NI to test the mariners in the classroom, we all pushed back and said not a problem the DP industry created and cant be fixed in 5 days, see your flag state.

By definition, they were incompetent at or shortly before the time of impact. If the cause was purely pilot error that pilot was not competent at the moment control or situational awareness was lost or before the aircraft impacted terrain in the case of CFIT (controlled flight into terrain).

The way Boeing puts it; good pilots can have bad days.

What I did not add to my post about the study by Dr. Wen - Chin Li was a statement referring to Western aircraft designs being tailored to the culture of Western pilots. He described it as Eastern minds in Western cockpits." We tend to take an active role whereas Asians either do nothing (fatalism) or will not attempt a solution “outside the box” in which they were trained and typically operate.

No Boeing 737 Max was lost by an American pilot though at least two pitch down incidents were reported before the grounding. The American pilots simply turned off the system and flew the aircraft. The last Max crash hit the ground at full throttle … pulling the power and turning the system off was outside the box for those pilots. Also note that even European pilots can climb into the front seat of an airline with only 240 hours of flight experience while an American requires a minimum of 1500. You learn a lot in that extra 1260 hours.

Avianca is the national airliine of Columbia. Was it inconvenient to read professional studies written about the subject you are trolling?

If you want more Asian crashes, read more reports about them written by Dr. Wen - Chin Li. There are many. He earned his PhD studying Asian cultural influence on aviation safety and Asian air transport in particular.

Alaskan bush pilots is considered a legitimize unit of study wrt cultural attitudes. Same would hold true of an individual cockpit, or that of pilots at a single airline. For example the attitudes of the so-called Pan Am clipper skippers has been looked into.

Why would the airlines of a single nation not be considered a legit unit of study wrt attitudes? Particularly if the training and hiring practices are similar.

To criticize such a study or the findings of such studies as racist, bigoted or whatever doesn’t make sense.

To criticize such a study or the findings of such studies as racist, bigoted or whatever doesn’t make sense.

But it makes for such good trollbait and provides more opportunities to sling putrid lutefisk patties at the forum.

Another issue I notice and hear about lots is many Asians cannot conceptualize in 3d, dont know if thats a safety issue or not.
Spacial awareness is also another area they struggle with ( and lots know they have that problem) perhaps thats comes from the 3 d thing, dont know?

Have logged hundreds of thousands of miles in the air, mostly USA. . Just hope, if I ever fly again since retiring, the pilot is not having a bad day, no matter where he is from. JMHO

In the late 1970s, a small team of researchers at a NASA facility in Mountain View, California, began a systematic assessment of airline-pilot performance. One of them was a young research psychologist and private pilot named John Lauber, who later served for 10 years as a member of the National Transportation Safety Board and went on to run the safety division at Airbus in France. As part of the NASA effort, Lauber spent several years riding in airline cockpits, observing the operations and taking notes.

What Lauber found was a culture dominated by authoritarian captains, many of them crusty old reactionaries who brooked no interference from their subordinates. In those cockpits, co-pilots were lucky if occasionally they were allowed to fly. Lauber told me about one occasion, when he entered a Boeing 727 cockpit at a gate before the captain arrived, and the flight engineer said, “I suppose you’ve been in a cockpit before.”

“But you may not be aware that I’m the captain’s sexual adviser.”

“Yeah, because whenever I speak up, he says, ‘If I want your fucking advice, I’ll ask for it.’ 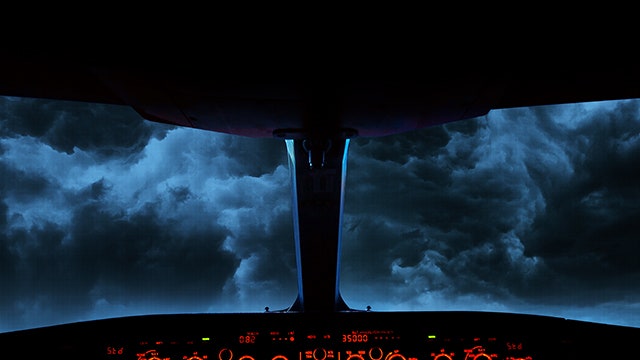 Should Airplanes Be Flying Themselves?

William Langewiesche explores how a series of small errors can turn a state-of-the-art cockpit into a death trap.

The tenets of C.R.M., which emerged from the United States, fit naturally into the cultures of Anglo-Saxon countries. Acceptance has been more difficult in certain Asian countries, where C.R.M. goes against the traditions of hierarchy and respect for elders. A notorious case was the 1997 crash of a Korean Air Boeing 747 that hit a hillside on a black night, while on approach to Guam, after a venerated captain descended prematurely and neither the co-pilot nor the flight engineer emphatically raised concerns, though both men knew the captain was getting things wrong. In the impact 228 people died. Similar social dynamics have been implicated in other Asian accidents. 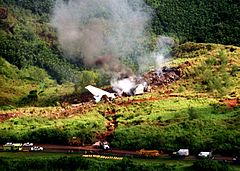 Korean Air Flight 801 (KE801, KAL801) was a scheduled international passenger flight operated by Korean Air. The flight crashed on August 6, 1997, on approach to Antonio B. Won Pat International Airport, in the United States territory of Guam, killing 229[a] of the 254 people aboard. The aircraft crashed on Nimitz Hill in Asan, Guam while on approach to the airport. The National Transportation Safety Board cites poor communication between the flight crew as probable cause for the crash, along

Saw that on a Discovery type show a while back. Captain was a former military pilot which was not fond of a second opinion, co-pilot was fairly new in the industry.

Back in my own FO days we used to refer to that attitude as “gear up, flaps up, shut up.”

one buddy was trying to get a Korean ex fighter pilot ( as most are) to pass a 737 800 exam, he said he could fly but if he failed anything the guy panicked looking for the ejector handle…
also was never able to do a single engine landing or go around
so fail and try another instructor but Boeing keen to sell this new airline planes and this guy was related…say no more.
he is out there somewhere in the RH seat…scary asia

been a few ship accidents where the Captain is so authoritarian, the typical watchman is trying to interrupt to say we are about to crash he wont listen.
Everyone has done a version of that once or twice where you think the problem at hand is the most important thing ( blinkers) yet something that needs your attention pops up, hopefully your crew feel they can interrupt when its important.

For a different perspective there’s this article. The Korean culture as well as the transition from military to civilian culture are mentioned. This has also been a problem with western airlines. It’s also been a problem on ships to a lessor extent. In my experience on ships it’s the wannabe military type that’s a bigger problem and if they read old sailing novels too they become a major PIA to the point of being dangerous.

A tragic plane crash has reignited a debate about the influence of national culture inside the cockpit.

I thought 99% of IMO countries wont allow any transfer of navy to STCW-95 earnt licences?
The airline industry relented years ago as many air-forces have the same planes and bigger but thats a local thing IMO is not.

“Should Airplanes Be Flying Themselves?” is a good article. Brings to mind the importance of knowledge of the automation system, what it can and cannot do as well as how to react.
I was on a few first leg voyages out of the yard with brand new DP III drillships with different level of power management systems. I encouraged the management of these vessels to take time to put the system thru real world tests with the crew. FMEA trials don’t cut it. Let the DPOs stop the vessel enroute and find out what the power management system can and cannot do in varying sea states. Get comfortable with it so that when an actual situation occurs they don’t freak out, needlessly start and stop engines or do something unfortunate based on their personal feelings or fear. None heeded my advice. There were reasons given but mostly it was fear of upsetting the office if something went wrong, schedule to keep or they simply had little knowledge of the multimillion dollar instrumentation system they were given. They’d run a hundred fire drills but not one DP drill. Whenever I heard later of needless emergency disconnects or dropping a BOP to the bottom of the ocean I was not surprised in the least.

From what I’ve read there is skepticism wrt the theory of Asian or Korean culture being a factor. Point here is that it’s not considered a bigoted or biased point of view.

WRT the military culture; I once took a bus from Portland ME to Boston’s Logan Airport sitting next to an Airbus A320 pilot. Had a long conversation with him. He told me that military pilots who flew the larger aircraft, transports and the like did OK with CRM, it was the single seat fighter pilots who had difficulty adapting, tended to be on the autocratic side.

That appears to be relevant in this particular case. If Discovery type investigation is true/factual.

From what I’ve read there is skepticism wrt the theory of Asian or Korean culture being a factor. Point here is that it’s not considered a bigoted or biased point of view.

No it is not a bigoted point of view any more than criticizing westerners for their lack of veneration of the elderly and dead. It is purely a cultural difference. Cultural differences are one of the reasons I enjoyed and continue to enjoy travel so much. If we all came out of the same mold it would be a boring planet. When I die and if it turns out there is indeed an afterlife I hope I don’t find that everyone looks and thinks the same way as I did, I would then know I had arrived in hell.