Box boat aground in Suez Canal

The tide is getting higher over the next few days but so is the tidal range, the stresses on the vessel at low tide must be immense, perhaps a danger she will crack.

The APL Panama took 75 days to refloat after grounding on a sandbar near Ensenada. This deal in the Suez may take a while.

Yes, Spork, but those stresses are being borne by the sharpest ends of the ship, those most likely to dig in as the tide ebbs. It’s not as if she were aground on rock. What I haven’t seen is the state of the tide when the ship speared into the bank.
Keep watching the action tonight and, if it doesn’t work tonight, the next few days. I do not buy (yet) the “may take weeks” story.

At 400m, the Ever Given is hard to miss. That makes satellite imagery ideal in understanding more about the cargo ship's predicament.

Like the wind restrictions on the Chesapeake Bay Bridge-Tunnel…

Yeah I can think of a few people that should be banned.

traveling too slowly for the rudder to have real effect.

She was going thirteen knots. 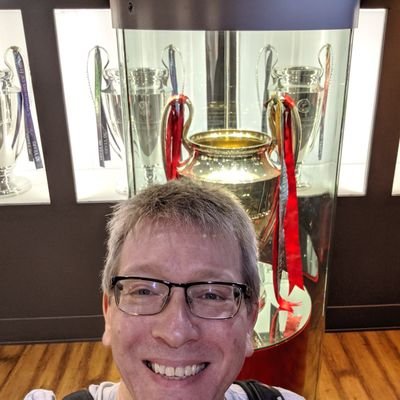 All these #EverGiven posts about "just dig out the bow" fail to appreciate quite HOW grounded she is. This topographic map from myshiptracking.com shows the dredged shipping lane is only the left-hand 2/3 of the channel. I suspect the front 1/3 of the ship is aground. https://t.co/iPyekxnSz9 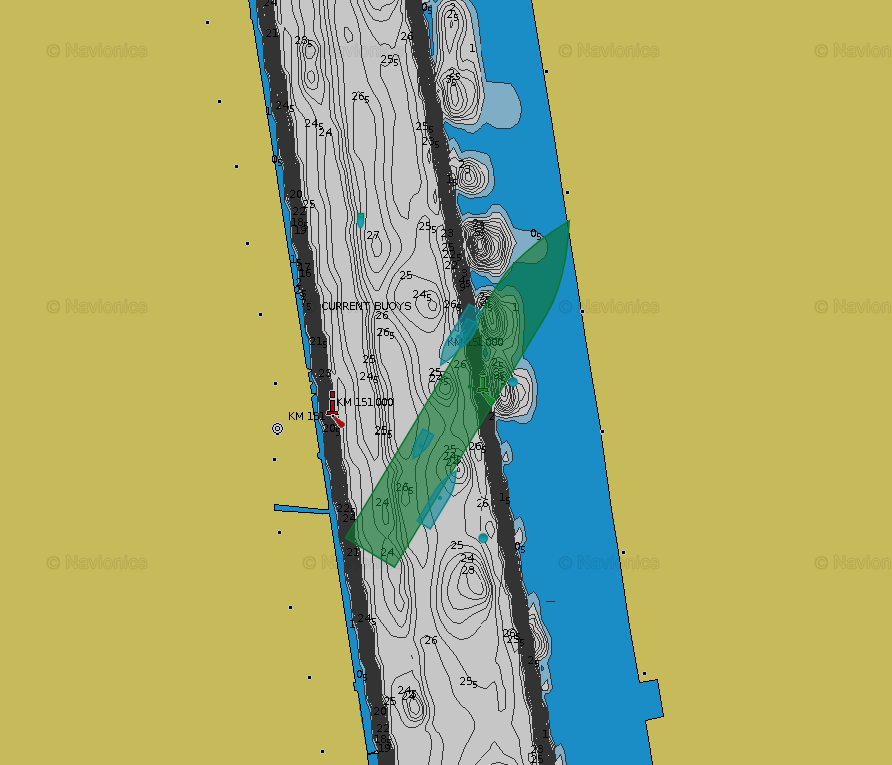 During the Suez Canal crisis I made three nonstop voyages from Philadelphia to Mena al Ahmadi which each took 3.5 weeks. We used loading tanks for the extra fuel. We were loaded in 12 hours and we were in Philadelphia for 24 hours for discharging the crude oil. Nice…

Anyone already say what was the tide status at the time of grounding? I saw something but can’t find it…

This is a square peg round hole problem. They could dig out an alternate canal quicker than they’ll be able to free the ship. Trouble is how to get insurance to pay for that.

Well, they can stay stuck and it’s still cheaper to do the alternative route.
Africa coast pirates must be getting ready for a busy spring.

Releasing Container Ship from Suez Canal Could Capsize It

My first reaction to this headline was “who is their maritime advisor”…then I actually read the article (it’s John). The article wasn’t particularly detailed but I suppose the implication is that debalasting and potentially removing fuel and water to lighten the draft would immediately pose a stability problem as soon as she is free floating?

data so far shows it was also traveling 13 knots in an 8-knot speed zone when the accident happened, according to Konrad.

Several salvors have also said the most likely cause was a blackout power outage that compromised steering just as the wind gust came up.

Interesting note on the speed. A little surprised by the “salvors” comment that blackout should cause loss of steering. Isn’t that the whole point of steering gear being on emergency power?

I have a distinct feeling that the fore peak and #1 hold of MS Ever Given are flooded. Maybe also #2 hold. To re-float the ship, cargo must be off loaded.
It means the canal will be closed for a couple of months and ships are re-routed.

An update! No idea how reliable this person is but: 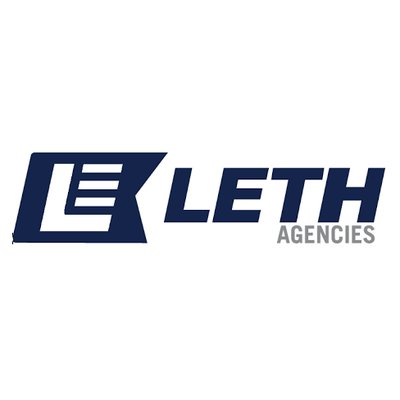 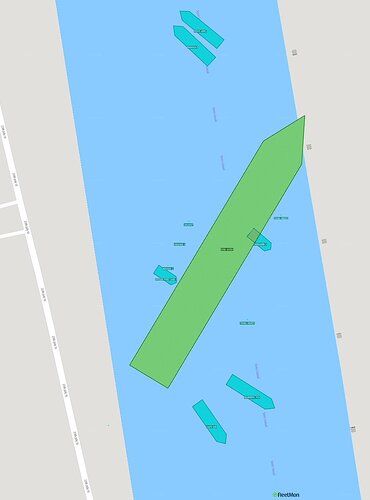 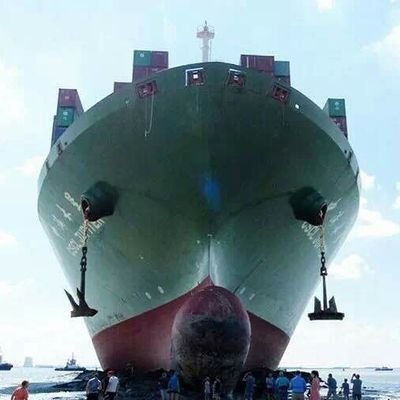 #EVERGIVEN So some good news, ships stern has been partially floated and rudder and stern is free..its just moments before the bow is clear....as per SCA they will have a quick clearing transit to clear the congestion, as soon as channel is free. Good job done..
Chief_Seadog March 27, 2021, 1:50am 190

Isn’t that the whole point of steering gear being on emergency power?

There is that term "Partially floated "again.