ATB Quandry? Or More justification for oversight and Government jobs?

It would appear that ATBs are bad, and only ship managers know how to regulate the petroleum industry. Oh boy, I can’t wait for a few more drills, paperwork and passing the bick to show up so we’re ‘safer’!

“Oil tankers and cargo vessels face a number of oil spill prevention regulations especially along the U.S. coast. Surprisingly, many of the regulations governing T-2 and T-3 sized tankers which carry between 120,000 and 146,000 barrels of oil do not apply to the new Articulated Tug Barges (ATBs) that may carry as much if not more (400,000+ barrels).”

Here’s the rest of the article. 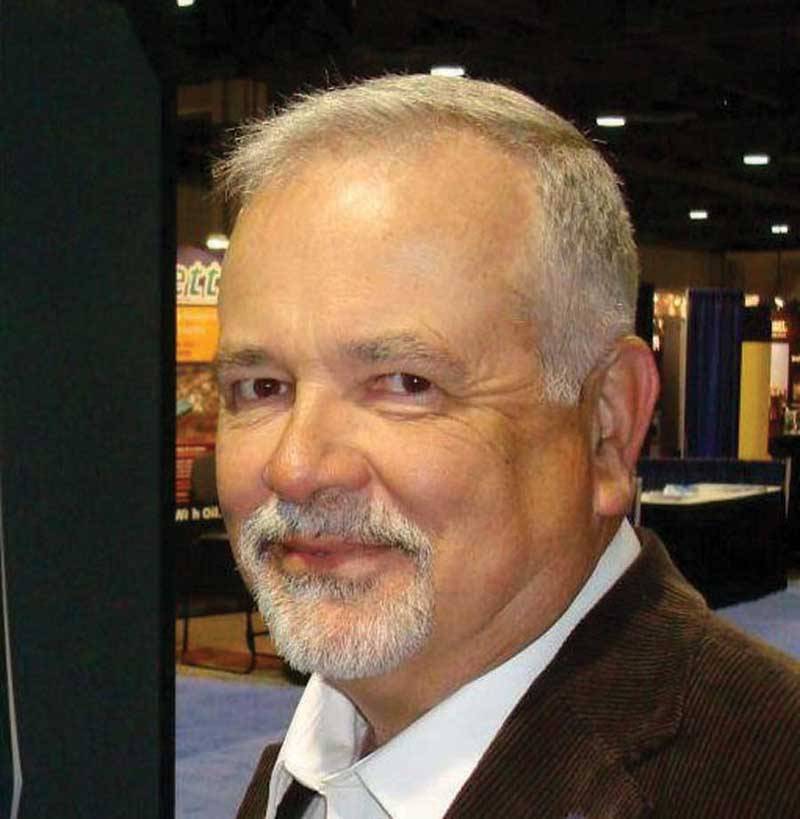 Inconsistent Rules Create Uneven Application of Standards. (Captain) Jeff Cowan explores the how and why of the safety gap that comes as a direct result.

Much of this conversation has been had in an earlier thread about the legal and regulatory issues surrounding ATBs. I believe the main conclusion drawn was that until there is actually a noteworthy accident that pertains directly to the naturally occurring weaknesses specific to the ATB platform there will be no major change to the way things are done. Since this platform has been around for a long time and such a noteworthy and ATB-specific accident has not yet occurred I would venture to say that we are all safe and sound for the time being.

I wish I could agree. The ‘Global’ process of unified regulations IMO, STCW, etc is ALL being looked at by the vetters of this industry. Believe it or not, some of the senior people are just now realizing that a ‘limited Master’ is operating an ‘Unlimited tonnage’ petroleum vessel on a technicality. I believe they will soon be petitioning the USCG to change the regs here. I am astounded that most companies are kowtowing to the oil companies, under the threat of losing charters. It would appear to this mariner that the companies are SO worried that the customers will ‘cry wolf’ to Marad, and get Jones act waivers. This would be similar to what was done with the 6 waivers granted for the Northeast market by Lahood last fall. WE need to get on congress’ ass about it. Time to write more letters. Why are foreign companies coming here, and making US companies jump through hoops to operate in the US?

I am not saying that somethings could not change to the better but there have been AT/B’s in use since the 1990’s (InterCon) and Bludworth Rigs much earlier. The chance of on InterCon Rig coming unconnected at sea is slim to none. Bludworth on the other hand is not if as much as when will it will come out.

When it comes to the manning requirements I agree more is better but there was as much talk going around back when they started reducing the manning of “Real” Ships.

Hopefully one day they will figure out a way to make everyone happy before they Kill the Jones Act all together. Once they start requiring more manning I am sure that they will start crying the old line “But U.S. Merchant Mariners are too expensive” but if you give us waivers so we can hire non U.S. Mariners we will be able to bring the manning up. Then we all will be gone.

The safest way to move oil at sea is with a ship. The extra costs of using ships with American mariners is negligible when spread out over 400k bbls.

Everything else is bullshit.

Where it gets interesting is that US shipping does a 3 watch thing with all unlimited licenses (i think? but they require an unlimited license/regiment participation for entry level shoreside?) , do they have a better safety record then with limited guys? They don’t touch the controls and seem to hire a pilot anywhere they go, which may be part of it. How many crew do they run with?

This whole UL/limited issue. That’s a background thing. There is not doubt that mariners in U.S. Coastwise trade have developed a great deal of expertise. It would be a mistake to displace them with mariners without that expertise but I don’t think that’s going to happen.

With regards to manning, from reading other threads it seems that, in practice, many ATBs are manned above minimum manning levels and are comparable to coastwise ships.

Someone should ask management at Stena if ships with more crew/unlimited licenses are safer than ATB’s reference the Stena Primorsk (spelling?) in the Hudson.

Average NE ATB is seven, but the issue is even with two “mates” almost exclusively only one is an actual navigational watch stander. Even if long trips between sea buoys get broken into a 3 watch rotation in congested waters where I’d say being rested is most important it’s typically the captain and chief mate standing watch. At about 0430 into a 0000-6 you’re definitely not at your best. Eliminating the 6/6 regime really would do most for the safety and quality of life for everyone. This would not require increased manning from current norms, just increased competence and the industry changing its position on it.

Limited time dealing with them so this Is just my “outside” observation.

[QUOTE=ForkandBlade;99004]Someone should ask management at Stena if ships with more crew/unlimited licenses are safer than ATB’s reference the Stena Primorsk (spelling?) in the Hudson.[/QUOTE]

Would cutting the Stena hull in half just forward of the house and replacing the house / engine room with a tug using with some kind of pin system make is safer?

Would it make it any unsafer? Did the 3 watch system or Pilot that was onboard the Stena tanker make them safer? ATB’s with limited license mariners and fewer crew members have a pretty good saferty record no?

One persistent topic that gets raised is the ul/limited license tug vs ship topic. These are cultural, class and education issues which are irrelevant to manning levels and vessel design.

For the record I have an ul master license and am a (non-academy) college dropout.

I’ve seen and worked with deep-sea unlimited academy types. Some of them are white-glove, prancing dandies with their heads stuck so far up their ass they couldn’t navigate out of a wet paper bag without a hand-held GPS. Don’t get me started.

On the other hand there a lots of mariners out there who did go to the academy that are top-notch.

My point is this ul/limited thing a side issue.

Yeah, nobody doubts it here I don’t think? I support ATB and limited tonnage. But having been working in a 2 watch system, I don’t see any disadvantage to going to 3. Especially when you’re already paying 3 “wheelhouse” guys.

I thought we were discussing safety aspect in this thread???

[QUOTE=ForkandBlade;99007]Would it make it any unsafer? Did the 3 watch system or Pilot that was onboard the Stena tanker make them safer? ATB’s with limited license mariners and fewer crew members have a pretty good saferty record no?[/QUOTE]

Yes, as far as I know ATBs have a good record. I think the reason why is the that the ATB guys are the best of the towing industry. They best tow boaters are likely better then the average deep-sea mariner.

This is cultural / training issue.

The article discussed complying with SMS and completing all the tasks that should be done vs a ship. A 3 watch system creates more time to get everything done that should be. Ultimately in the context of the article being discussed it would lead to increase “safety.”

That doesn’t mean a decrease in anecdotal accidents, just the “culture of safety.”

The engineering points I find irrelevant because most ATBs are starting to carry an asst eng and tug machinery is less labor intensive than a ship burning heavy fuel. 75 year old men (nothing against their age! they do great!) maintain beautiful engine rooms theirselves and effect repairs when needed. If its a big deal, no matter how much crew or spares odds are you won’t be able to do it at sea without losing the tow to begin with.

[QUOTE=z-drive;99015]The article discussed complying with SMS and completing all the tasks that should be done vs a ship. A 3 watch system creates more time to get everything done that should be. Ultimately in the context of the article being discussed it would lead to increase “safety.”

That doesn’t mean a decrease in anecdotal accidents, just the “culture of safety.”
[/QUOTE]

The SMS and manning issues are closely related. I think a good SMS increases safety. I also think that the 6/6 watch system does not provide enough “reserve”. If you moving 400k bbls up the coast you don’t want your crew maxed out on a routine run.

On the other hand a larger crew can absorb the extra work of a poorly designed SMS with no increase in safety.

[QUOTE=Kennebec Captain;99014] They best tow boaters are likely better then the average deep-sea mariner.
This is cultural / training issue.[/QUOTE]

I agree. The best tow boaters (who have the same skill sets as deep sea officers and shiphandling pilots all rolled into one) are a lot better than the average deep sea guys. Its long past time that they started getting the recognition, respect, compensation, and unlimited licenses that they deserve. That the tug by itself is only 99, 199, 299, 499, 1599, or whatever tons, is irrelevant bullshit.

I keep hearing 400,000 bbls. The largest current (yes, I’m sure if there is market demand they’ll get bigger) is 330,000 and run with a 12 man crew with unlimited licenses. I run a converted ATB with 7 men. I’d like to see maybe 9 total, an additional deckhand or perhaps a deckineer for the afternoon watch and a secretary to take care of all the damn paperwork. I’d love to get unlimited time for running this thing but with out some kind of program that would move us up it would be devastating to the whole class if it became required to have an UL license. I’m not knocking our deep sea brothers but the truth is that most of you can’t or won’t do what we do now.

I keep hearing “Ships This,” “Ships That” These AREN’T ships!. The charterers are SO wrapped up in this IMO, international malarky, that everyone MUST abide. Last time I checked there is about a 1500 mile ‘cost-benefit’ distance that ATBs rarely over step. Not because we don’t want to, but because the increased speed of a ship makes voyages over that distance as cheap as an ATB. SO, yes Virgina, ATBs will rarely transit the Ocean to the ‘other side of the ‘pond.’’ This talk of meeting OMSA and IMO, STCW, is irrelevant here. The misguided notion that we are safer when we fill out more paperwork is silly. However, the oil companies insist we meet these regulations. Why? The light down at the end of the tunnel is foreign bottoms in Jones act trade. One of my associates works at a company that has a three license wheelhouse. (7 man crew) He only stands watch when they enter or depart port, or during select portions of the transit. other than that he is just a supervisor, doing paperwork. Does his system work? yes. The other two stand 6 and 6 both at sea and at the dock. They ‘get a break’ when the Master comes up and lets them go early, or on harbor entry. BUT, Having worked on tug and barge units for over 30 years, there is NO reason to need, or legislate a crew larger than 8 or 9. Period. (Although I do feel 7 is too small) This original author mentions 12, 13 man crews. He even mentioned a 16 line tie up taking over an hour. My TWO guys on deck can tie up a 500’ ATB (not allowing for some lengthy leads, or strange situations) 12 lines in 15 minutes. Maybe HE needs to get off a ‘ship’ mentality and see how the job CAN be done!