As it appears now measures have been taken against the USS Fitzgerald’s leadership. 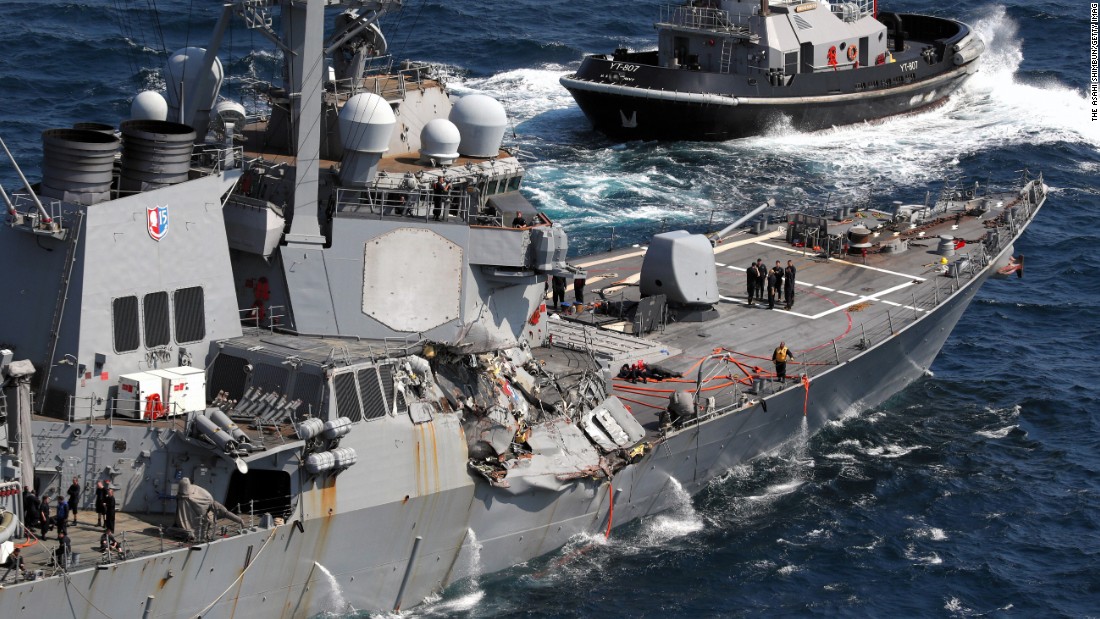 USS Fitzgerald's leadership removed from their duties over June collision

The commanding officer, executive officer and senior non-commissioned officer of the USS Fitzgerald have been removed from their duties for cause amid the fallout surrounding the deadly collision between the USS Fitzgerald and a cargo ship off the...

Good. Now there should be lessons learned and a cultural change in how the navy goes about its business both in navigating and in getting the results of accidents and failures out to concerned parties, like other ships.

I wonder if and when they will publish the details of the watchkeeping failures and how they intend to fix them, because even though it’s right to can whom they did, that’s not the end of the problem.

Two similar accidents in a row. Is this a typical case of Murphy’s law at work…

Negligence by Naval Authorities are the main reason behind it , They deserve what they got…

I don’t think the dead, missing and injured “deserved what they got”.

I don’t think the dead, missing and injured “deserved what they got”.

True, but the scope of this thread is the ship’s leadership being disciplined.

Japan is pressing charges against both vessel’s commanders: 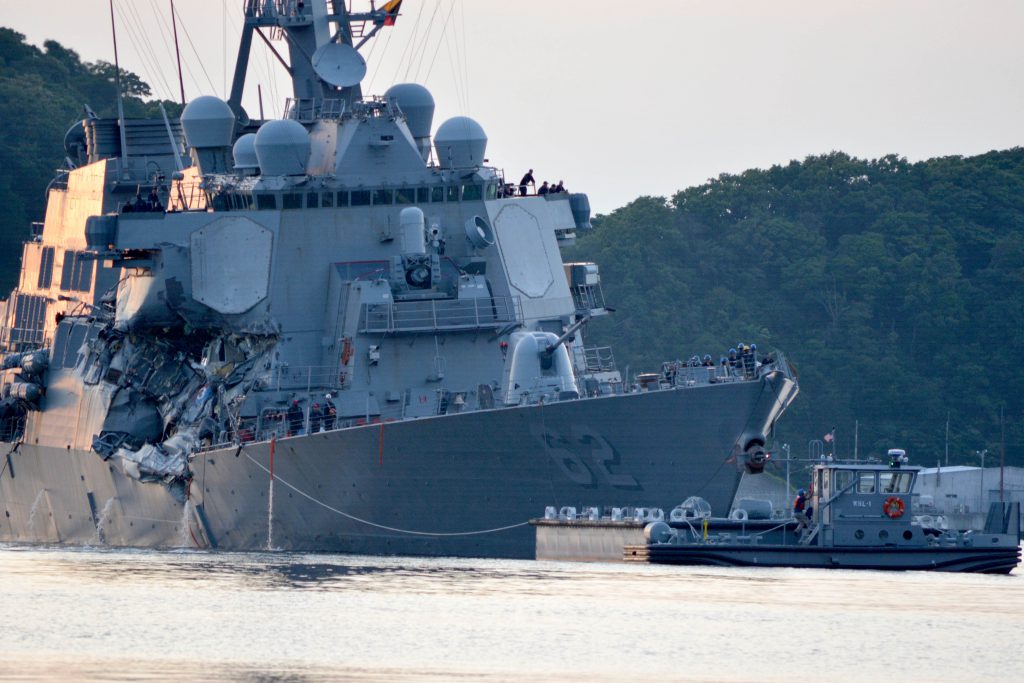 The Japan Coast Guard has recommended negligent homicide charges for the USS Fitzgerald’s officer of the deck and the second officer of the boxship after a deadly collision last year. The accident happened last June 60 miles southwest of Yokosuka and...

Japan is pressing charges against both vessel’s commanders:

The linked article doesn’t say that.

I assume the “the two men steering the ships” doesn’t mean the helmsmen but the persons in charge on both ships.
Maybe you interpret it differently?

In the first paragraph the article states: "The Japan Coast Guard has recommended negligent homicide charges for the USS FITZGERALD’s “officer of the deck and the second officer of the box ship”.
It refers to the “two men steering both ships” in the third paragraph but evidently they mean whoever had the conn. Interestingly it goes on to say they were negligent “in the pursuit of social activities”. What the hell does that mean? Flirting? Playing poker? Updating Facebook?
The whole thing reads like a bad Google translation from Japanese.

The Stars and Stripes has a better article, but the first sentence in both articles is almost identical.

YOKOSUKA NAVAL BASE, Japan — The Japan Coast Guard has recommended negligent homicide charges for the USS Fitzgerald’s officer of the deck and the ACX Crystal’s second officer after a deadly collision last year.

The Japan Coast Guard has recommended negligent homicide charges for the USS Fitzgerald’s officer of the deck and the second officer of the boxship after a deadly collision last year.

in the third paragraph but evidently they mean

Articles like this are usually written in the style of the Inverted Pyramid or “bottom line up front”. Details in lower paragraphs are not intended to change the meaning of the first paragraph.

As far as “social activities” - when it comes to my attention that the bridge watch has missed something important, like a missed turn, when I go to the bridge about 75 % of the time I find the (third) mate and the AB engaged in intense conversation.

This is a dangerous precedent being set, both for the Navy and admiralty law in general.

Yes. Criminal charges should be extremely rare, not routine.

Agree, but there are already too many examples of where it has been the case.
The Prestige case being the most famouse, but it appears to have set precedence.

A post was split to a new topic: ProPublica: How the Navy’s Top Commander Botched the Highest-Profile Investigation in Years

The Captain is responsible…for everything, good or bad. For a highly maneuverable destroyer type to get run over by a slower, less maneuverable ship is a real mystery. Shiphandling is a big deal in any sea service but the Navy approach is “on the job training,” or OJT. That in itself is not bad but incomplete. I know this is heresy but the Naval Air has a better handle on training officers to fly than Surface Warfare has on training officers to “drive.” The amount of time to actually practice maneuvering is limited severly by administrative busy work and “can do” schedules. My information and experience is dated from the late 70’s but the Fitz wreck shows little has changed and has actually gotten worse since the McCain wreck was nearly the same.