Not sure if other schools, if the cadet spends their time at a towing company they are able to get a completed toar, that would apply to their license once it’s issued.

I graduated with Mate of Tow because I had time on a tug and completed the TOAR program at Mass. Mass offers a TOAR program but you have to get the sea time on your own to get Mate of Tow.

Yeah, I hear Jody works at McDonald’s. He gets my kids and wife a good discount while I’m gone.

A contrary report in the hiring controversy:
My company is now receiving an increased number of applications, when earlier in the year there was only a trickle. Things only changed a couple of weeks ago.

I don’t think we are doing anything different than most other companies. CTI pay is great but not spectacular (mid 700s for mates, mid 400s for ABs). In particular, we have people who left the company a year ago now returning.

Is something turning in the labor market?

A contrary report in the hiring controversy:
My company is now receiving an increased number of applications, when earlier in the year there was only a trickle. Things only changed a couple of weeks ago…
Is something turning in the labor market?

Are the applications largely from class of '23 academy types? Might just be that they are nearing graduation and starting their job searches.

No academy grads. To be exact:
Because advertising is internet based nowadays, 90% of applications are from coders who have no real interest in the job. For some reason they just set their job site account to auto reply to ANY job offer. Why? Don’t know.

But the other 10% of applicants are viable. Not all maritime professionals, but mostly what we would have seen 3 years ago. In other words, a refreshing return to normalcy. Might just be a fluke.

Out of that 10% of applications you might hire 1 out of 10. Hiring is always a numbers game. In the old days if you wanted to find one good guy you had to dredge through 14 applications. Now it can be as many as a 100, because of the coder/auto-reply thing.

But the total numbers are up.

we have people who left the company a year ago now returning.

In my experience as far as making a buck the only thing worse than working at sea is working ashore.

In my experience as far as making a buck the only thing worse than working at sea is working ashore.

I’m not too keen on either.

I graduated SUNY with mate of tow and PIC. It only requires motivation. I did my cadet observer aboard ATBs.

After you completed the TOAR class you had to get 14 days on a tug to get Mate of Tow. They have towing vessels to complete the sign offs.

Idk man, I don’t work for NMC I’m just telling you how it worked for me and plenty of others.

90% of applications are from coders who have no real interest in the job.

This intrigues me, are they using a program they don’t understand and have set up incorrectly? Like some guy with a communications degree just automatically applying to every job on LinkedIn?

Two years ago I was running as a mate for Kirby at a laughable 432/day, but I really enjoyed working in Miami and the guys on the boats were awesome to work with. Management was unbearable so after 10 years with Kirby I left for Dann Ocean.

*I just heard today they are now UP TO 460 or so for mates, which is still laughable in a depressing sort of way.

Dann was very good to me and I learned a lot. I was happy with the 530 there from a home economics standpoint, but some of the stuff we did there stretched my nerves. I did learn a lot though, and if I hadn’t gotten an offer to do a gravy run in the Gulf for 630 I would have stayed for sure. Ryan Maloney is the ops manager there and I have nothing but positive things to say about him.

Now I’m with P&C at 630. The Gulf run is right up my alley. We had a need to fill in in New York for the last couple months and I am digging that, too. Maybe it’s because I did a little work in New York with Dann and my other experience is pretty varied with underpowered tugs, big barges and dredges with poor visibility and no assists, but I have not found New York to be the man eater many claim it to be. In a lot of ways, working in Miami with the horde of recreation and fishing boats was a bit more stressful.

We are MMP and it grinds my gears that they scrape their kickback right off the top of my income for absolutely no benefit. I just pretend that I work for 620 straight and it helps to ease my mind.

All in all, I’m happy with what I make and I live comfortably and am well on my way to an easy retirement, but I think I ought to be making more. Who doesn’t?

Poling and Cutler. Connecting the dots i think they may be on one of those apex boats they manage.

I had a chance to work for them when they took the contract over from harley. They seem like a good company and their contract thru MMP paid competitively, at the time. All they are getting out of that contract is scheduled raises for the duration though…but like they said, who doesn’t think they are worth more or can do better?

Yeah, I hear Jody works at McDonald’s. He gets my kids and wife a good discount while I’m gone. 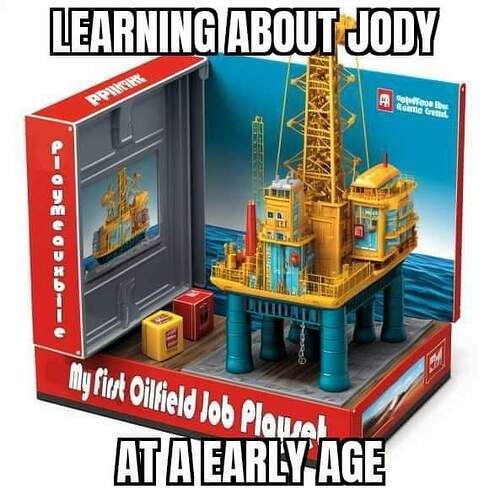 A MOT unlimited should not work for less than $900.00 per Day. Hold your ground people. It’s coming.
I get minimum 850.00 per day, for temporary trip pilot work in the ICWW and GOM.
Never forget, even with all the fun and adventure, we do this for Money.

The only way that wages come come up, is if we all are willing to leave “less for more”. regardless.