'We have struck an iceberg. Sinking": The chilling message from the Titanic...

TODAY marks the 108th anniversary of one of the world's largest maritime disasters, the sinking of the Titanic.

Arthur ‘Artie’ Moore picked up the distress signal from the stricken ship, thousands of miles away in the chill Atlantic, at this home in Gelligroes Mill, near Pontllanfraith.

Rather special is that the distress signal was not picked up by the nearby radio stations on the mainland of the USA and Canada but it was in Wales at the other side of the ocean.

The signals picked up by Mr Moore were thought to be the only mainland contact received from the Titanic, with further distress calls being relayed to Newfoundland, on the other side of the Atlantic, by other ships.

the Artie Moore Amateur Radio & Historical Preservaton Society (AMARS), MW0MNX/MC0MNX promotes the aims, objectives and activities of the society as a voluntary not for profit organisation.

Rather special is that the distress signal was not picked up by the nearby radio stations on the mainland of the USA and Canada but it was in Wales at the other side of the ocean.

Not too surprising. Many variables with radio propagation. Grey line, local atmospheric and electrical noise can take a toll on receiver performance. Filter technology had not come very far at that time.

That the distress signal of the Titanic was heard on a very insensitive coherer-based receiver means still plenty of signal must have arrived at his receiving site.

That can be explained by the fact that a low frequency 500 kHz radio signal exclusively propogates by means of the ground wave which bends with the earth’s curve. Sea water is a great conductor for the ground wave and causes minimum losses.

I remember that in the pre-GMDSS the quietness of the midship bridge was suddenly torn to pieces by the sound of the very loud bell of the auto alarm equipment in the radio room. It often turned out that, while we were near the US coast, the alarm signal originated from a distress call in the North Sea. As that happened quite often it resulted in smothering the source of the sound with cleaning rags…

My coherer detector which I inherited from my grandfather (1888) who also liked to build his own radios. Artie Moore was born in 1887 and they both shared the same passion for this then brandnew phenomenon which was very addictive.

My grand parents in 1925 proudly showing his home brew radio receiver. All five had to wear headphones, no speaker yet.

And here you can build your own coherer from a ball pen. The dust like particles he pours in can be iron filings. 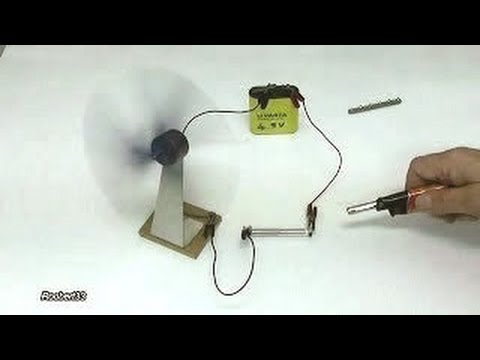 LF and VLF is mostly ground wave but can have skywave activity depending on solar activity. The old Loran A is a prime example. At night, you could see a trail of skywaves on the scope. Multiple hops with time delay. When you reached the end of the usable ground wave, it was gibberish peaks. Atmospheric noise peaks in the summer on lower frequencies. It’s possible the stations in the U.S. and Canada may have experienced storm interference that’s not uncommon this time of year. So many variables.

The schematic is not from this receiver but a good lookalike.

No, it was a in those days classic 3 tube receiver with plug in coils. The circuit is fundamentally a regenerative detector followed by 2 stages of audio amplification. On the photo you can see the three tubes installed on top of the front panel.

Nowadays, high impedance headphones are hard to come by. I have an old WW2 vintage R-14 2K phones that have been well used. My youngest daughter and 2 oldest grandsons made crystal radios for their science fair projects. At least a dozen other kids have borrowed them for their projects.

eBay has lots of them for sale. Alternatively a matching transformer will allow use of modern low impedance headsets…

I’ve tried those cheap high impedance ear buds. The audio was low. About the same as a 600 ohm earphone that I tried. The next grandchild that wants to build one, I’ll try the audio transformer for comparison.

I meant the actual old time headphones, they were in use and available at least through the 1960s. Lots of old ones still available.

I think the audio transformer and a modern audio amp is the way to go, no fun wearing those old 'phones for more than a few minutes.

Clevite-Brush springs to mind. I must have had a pair or three at one time. I seem to recall that (other than the ear pain) they tended to get buzzy (though that might have been a cheap imitation).

About 15 years ago, my oldest grandson and his buddy from next door built their crystal radio projects. The kid next door was upset that the cheap ear bud didn’t work well. I made up a patch cord and plugged it into his small guitar amp. It worked well and he was amazed. I was talking to his mother last year and inquired about the radio. She said he listened to the radio up until the time he moved out.

Low-impedance headphones are designed to be plugged directly into a single source, and can more effeciently generate sound from the lower level input signal.

My observation with the crystal sets, the 2K ohm headphones was much louder than the 600 ohm phones. The earbuds also.

The extreme example I know of a low-impedance power circuit is the thermocouple that holds your gas valve open when the flame is lit. The magnet is likely a dozen turns or so of 18-ga wire and it runs at ~100 millivolts. Pole pieces and armature are machined very flat to get a good magnetic circuit.

A crystal receiver requires a high impedance headphone of 2000 ohm for maximum energy transfer. A 600 ohm headphone is a rather large impedance mismatch which probably explains your finding.

The headphone impedance must be high as it straddles the LC parallel circuit which has a high impedance. A load with a low impedance will more or less short circuit the LC impedance.