Tired of winning yet?

Well what did you expect from an administration that gets its economic plans from Heritage and Cato?

This one stands out to me.

“The Jones Act is completely contrary to the president’s energy agenda, in large measure because it encourages the importation of energy – diesel from Europe, LNG from Russia – rather than the use of energy made in America and developed and refined by American workers,” said Mike McKenna, a Republican energy strategist. “If you’re in favor of the Jones Act, you’re in favor of damaging consumers and helping very specific interests line their pockets at consumers’ expense.”

Utter bullshit. If this administration was truly “America First” it would be for every aspect of the supply chain being manned with Americans, revitalizing American infrastructure. This is so much worse than I imagined. These fucks have got to go!

Not surprised. But don’t worry. Not much time left. Too bad all of the future offerings are more or less of the same- uninformed. 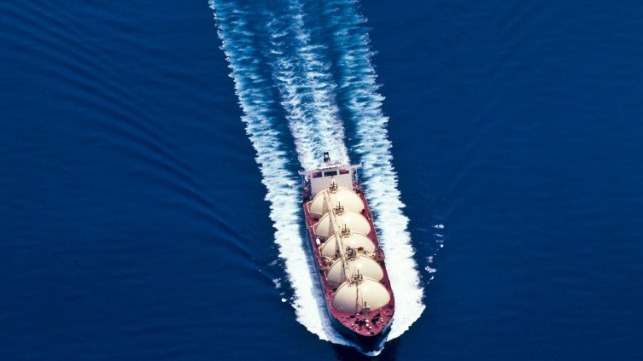 President Donald Trump and top White House aides are discussing the possibility of issuing a Jones A...

Good idea to waive the US build requirement for a couple of Jones Act LNG ships, since US shipyards are not currently prepared to build any in a cost efficient manner, and the Green groups are blocking new pipelines in court. I hope Trump does it.

Will you equally happy when the Republicans, grant waivers for Hawaii and Alaska?
Or when tugs with foreign crews are working the Mississippi River?
Or doing ship assist in LA?

Totally different issue. A couple of LNG tankers are very badly needed in US domestic trade right now, not 5 years from now. And it should only be a waiver for a couple of these foreign built highly specialized and complex ships.

there are lots parked up in asia if you need them

And we knew this was coming.

Qatar issue tender for the building of 100 VLGCs:

Qatar's major LNG ship construction program could see over a 100 new LNG carriers built over the next decade.


Some of those ships are intended to carry US production to market:

Maybe they could be persuaded to put some under US flag, incl. a couple with Jones Act waiver for domestic need?
I bit of carrot may be needed to make it happen. (Stick is not likely to work)

Are there? I thought there is a high demand for LNGCs in these days.

Camel’s nose under the tent.

LNG today, gasoline and crude tomorrow, boxes after that.

Trump and his sycophants will never get tired of whining.

What am I missing here? There aren’t any US built/flagged LNG carriers. If a company was going to build one, it would have already been started. It amazes me that we as a group are so obstinate about the protection given to US shipyards, even though it clearly comes at the expense of merchant mariner jobs. The way to fight for expanded opportunities for USMM isn’t to insist that all Jones-act ships continue to be built in US when no one is willing to purchase one. That just leads to foreign owned/flagged ships with foreign crews legally continuing to run laps around our diminished fleet within the cabotage restrictions.

What is being sought is a waiver. Waivers do absolutely nothing to address the problems with the law that is being waived. They only makes additional waivers likely (“but what about Alaska? Hawaii? Puerto Rico?”)

I understand that the US does not have a domestic-built LNG tanker at this time. The incentive has to be there to build them. This piece of legislation has my interest:

Garamendi: Give American Mariners a Role in LNG Exports

I would certainly not be in favor of a waiver that allowed foreign flags on Jones Act routes. But I would love to see a waiver that allowed a U.S. company to buy or charter foreign -built LNG carriers to use on Jones Act routes as long as it was re-flagged as U.S. with a U.S. crew. I realize that is not what was in the article, but it makes sense to me.