This is very unfortunate, but what were they thinking?

steel screw jack supports for such a big and tall hull? 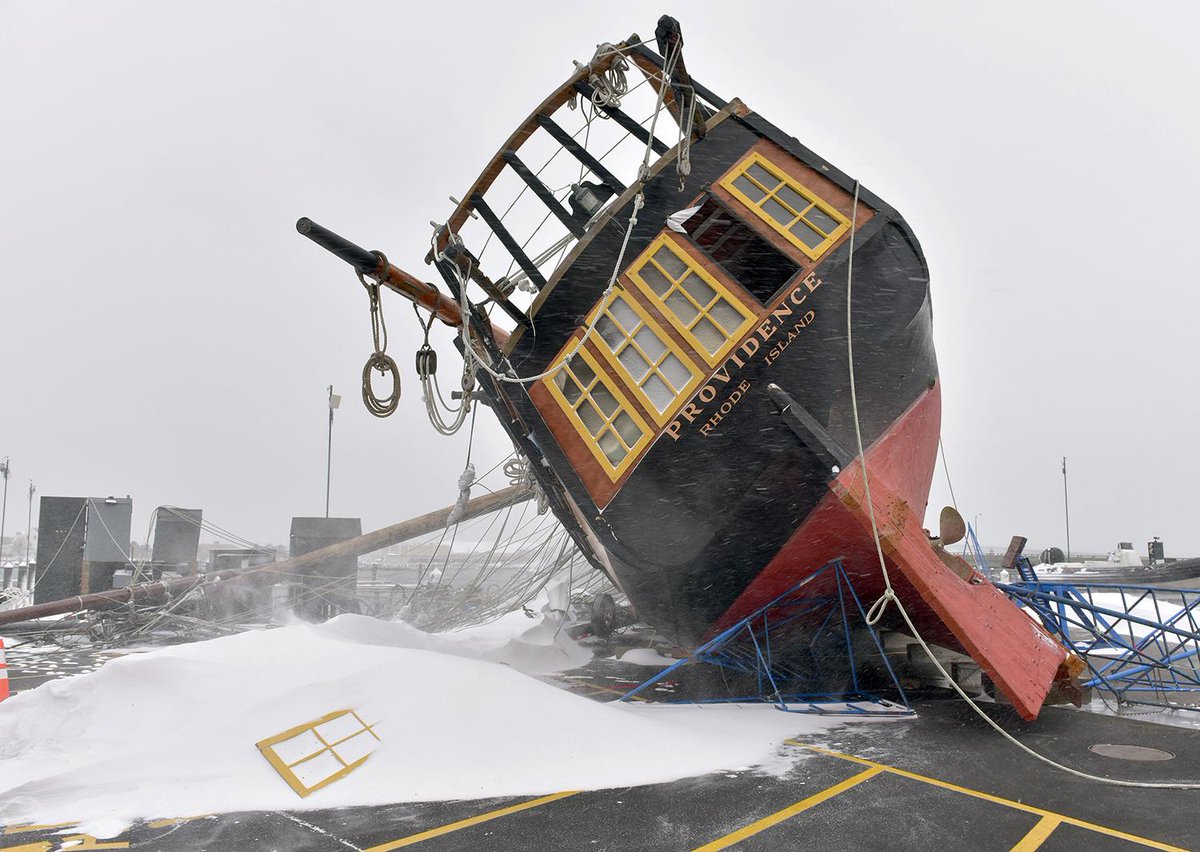 A piece of American history was severely damaged on Tuesday when a replica of a Revolutionary War tall ship was toppled by strong wind gusts produced by Winter Storm Juno in Newport, Rhode Island.

The 110-foot Continental Sloop Providence fell on its side overnight, causing extensive damage – including a broken mast and punctured hull.

The ship was stored in Newport Shipyard for the winter. Extra support was added before the storm, but it could not sustain the heavy winds. Winds reached up to 60 miles per hour in parts of Rhode Island during the snowstorm.

The ship’s owner and captain, Thorpe Leeson, told local media outlets that he expects insurance to cover the damage, and he plans to get the ship in the water by the end of the summer.

The replica of the USS Providence is Rhode Island’s flagship and tall ship ambassador.

obviously the owners weren’t aware of the time tested adage expounded so successfully by Robin Walbridge that a ship is aways safer at sea in a storm!

steel screw jack supports for such a big and tall hull? obviously the owners weren’t aware of the time tested adage expounded so successfully by Robin Walbridge that a ship is aways safer at sea in a storm!

Sounds like more of a problem for Newport Shipyard than for the owners. They’ve been looking after big, tall, old, fragile ships and boats of all shapes and sizes for decades, and doing a darn good job of it too (or they wouldn’t still be in business). You’re quite right to say that something in the planning was amiss or else nothing bad would have happened at all, but I don’t think it can be said that this accident can be chocked up to lack of experience or knowledge.

I’m going to venture and say that this has less to do with the stands collapsing and more with them sliding out under the force of the vessel pressing down.

I just don’t see why they left the rig in over the winter, but I’m not a trad sail expert. Paddy you’ve got some more experience in this, any good reason for leaving the stick in with her out for the winter?