The history of Container ships

You have seen stories about Container ship of all sizes here in this forum, but here is some info on how they have evolved over the few decades since they first appeared: 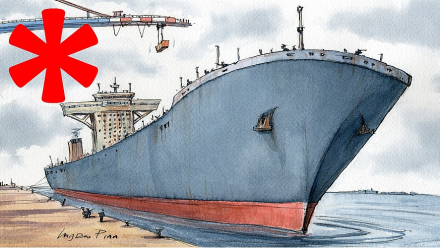 (www.MaritimeCyprus.com) Until 1956, most international cargo was manually packed in the holds of shipping boats by dock workers, and manually unloaded when it reached port. But in 1937, North Caro…

In 2017 the first Ultra Large Container ships over 22000 TEUs has arrived and even larger has been ordered for delivery in the next couple of years:

Malcom McLean certainly led the way in many respects but being the first also handicapped him as the industry adopted newer standards. Right up and into the early 70’s his ships were built to carry 35 ft containers even as the industry was moving towards 40 footers as being the norm.

I had the occasion to be put into a layberth in Rotterdam about 15 years ago which was the original Sea-land terminal. Way down inside the city unlike the current container berths in that port. The tiny size of the 1950’s era telescoping gantry still standing on the quay was really astounding and made you wonder what it must have been like back then.

One of the largest refrigerated container ships was completed in the 70’s but she carried containers using the conair system where refrigerated air was forced through a port in the container and exhausted through a second port. The containers were connected by a bellows system to the ship’s system. The air was cooled by circulated brine. The advantages were that the container had no machinery, there were five brine circuits which were computer controlled so that as brine warmed up through the heat exchangers from minus 25 Degrees Celsius for fish to 13 degrees Celsius the brine was directed from fish to bananas. The temperature of all 2300 containers was read remotely twice per day.
The disadvantages were that only 8 foot high containers could be used and the containers could only be stowed under deck but this made for a great life for me as the mate steaming around The Horn with containers only 3 high on deck.
Europe had the infrastructure America didn’t so it died. Mechanically it was also a very efficient system.
The ship was also penalised by the calculation of net and gross tonnage for taxation purposes. A hatchless container ship that looked like a car carrier would be highly efficient on the coastal trade. No lashing, any individual tier immediately accessible giving enormous flexibility for stowage but unfortunately taxed out of existence.
On my voyages to Seattle and Vancouver I noticed tug and barge combinations carrying about the same number of containers as a geared feeder container vessel. Tug 8 knots, ship 17knots; tug Gas Oil, ship intermediate fuel oil; tug crew some one will tell me, ship crew 12. Are there some laws that are making our industry less efficient?

Are there some laws that are making our industry less efficient?

Yeah, the laws of physics.

I was referring to the coastal trade which is why I referred to a feeder ship with a capacity of anywhere between 400 to 1000 teu.

The future of container ships??: 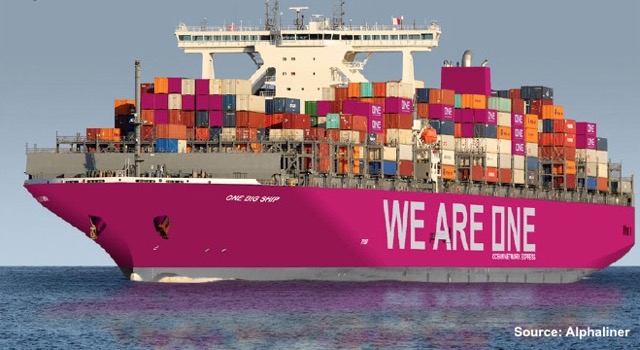 Shipyard workers in Japan have ordered in a batch of magenta paint which will go on an NYK ship under construction for delivery in April next year. The new look ship, a far cry from NYK’s traditional black hulls, is part of the new brand of the Ocean... 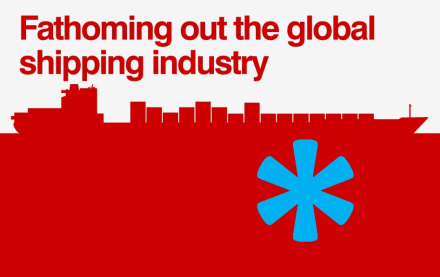 (www.MaritimeCyprus.com) Maritime transport is vital to the global economy. Around 90% of world trade is carried via sea. This infographic provides provides related interesting numbers and insights…

The tiny size of the 1950’s era telescoping gantry still standing on the quay was really astounding and made you wonder what it must have been like back then.

I just watched an interesting video (The Pennsylvania Railroad in "Clear Track Ahead" (1946) - YouTube) that showed a very brief shot of railroad container shipping in 1946. Look at 5:00 minutes.

Just goes to show there really isn’t much new under the Sun.